Now that it’s had a few years to grow and evolve, virtual reality gaming is finally becoming refined enough to be widely adopted by game developers. Unfortunately, there are still a few issues that need to be addressed. The main problem is control. Motion detection is not yet accurate enough to properly track hand movements. The simulation is often cheapened by the lack of tactile response. Picking up a virtual object in a game may look real, but if you are just grasping at empty air it can feel kind of awkward.

Secondly, space in the real world doesn’t line up with space in the virtual world. Large playing fields could lead you to walk into a wall or other object in the room. While VR is able to respond to movement almost instantaneously, the brief delay has been known to cause nausea in some users.

Clearly, creative new applications of virtual reality technologies are needed before the platform can take off. The Virtual Reality Exercise Bike by VirZOOM is a creative example of one of these applications. Will this be the next big thing in VR? Or has VirZOOM created a gimmick that falls short of expectations? Let’s take a look.

Initially previewed at E3, the final product has made significant improvements over the initial prototype. The bike is compact, foldable, and includes a built in controller. Sensors that determine the user’s direction and speed are integrated seamlessly into the device. 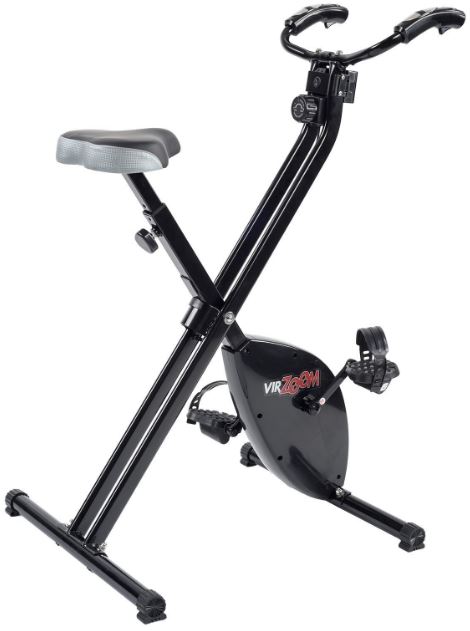 The faster you pedal, the faster you move in the game. By leaning to the left or to the right, the turning radius of the bike is increased. This creates a surprisingly realistic virtual bike experience. The controller is well made, stable and simple to use. Surprisingly, it’s quite light for an exercise bike. At 30 pounds, moving it out of the way when you’re done with it is simple. Additionally, if you have limited storage space, the bike folds up into a surprisingly compact form. 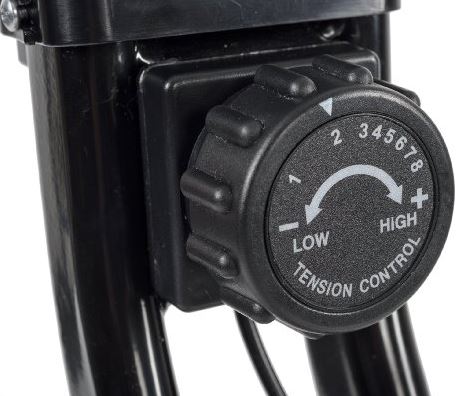 There are several competing manufacturers producing virtual reality hardware. Since the bike doesn’t include its own headset, you’ll have to purchase one separately. Fortunately, the unit is designed to work with all the major player’s VR hardware. The Oculus Rift, HTC Vive and PlayStation VR all work flawlessly. No matter which platform you choose to go with, you won’t miss out on any of the bikes core features.

Even the included games are designed to be cross compatible. If you don’t already own a VR headset, the PlayStation VR is probably the most obtainable choice. Not only is it is priced more competitively than the competition, but the expensive gaming PC can be substituted with a cheap PS4 console. 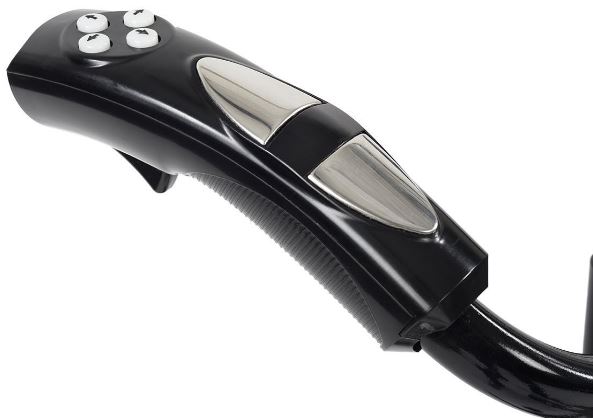 Many games have promised to integrate real life hand motions into their environments. But time and time again, these products have failed to deliver on their promises. VirZOOM decided that they weren’t going to engineer their way out of the flaws in the virtual reality platform, instead opting for a more traditional control scheme. Each of the handlebars are outfitted with a compact controller, styled similarly to the nun chuck portion of the original Wii controller. You’ve got three separate buttons and a compact joystick to input both simple and complex commands.

Since you’ll be wearing VR googles while playing, it’s important that the controls are easy to use. Fortunately, the layout is perfect for this purpose. The buttons are easy to find with your fingers, and are laid out in a way that is consistent with how you’d grip the handlebars on a real bike. 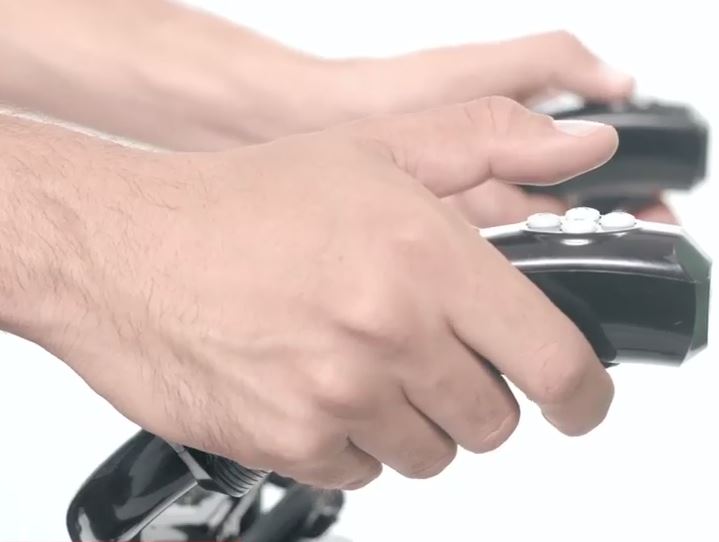 One unexpected detail was the immobile handlebars. You’d expect that the VR bike could be steered the same was as a real one – by turning the handlebars. As it turns out, the fixed design wasn’t a cost-saving measure. During development, they found that users were very uncomfortable turning the handlebars, as they were incapable of seeing their hands or orienting themselves. Instead, you turn the bike by leaning to either side. Head tracking on the VR headset pick up this motion, which functions quite well as a responsive method of control.

VirZOOM arcade is included with the controller, which is a compilation of 6 different games designed for the system. Out of all the games included, Tank is easily the most entertaining. This is an online multiplayer game that follows 3 basic rules. Drive the tank around a dynamic terrain, shoot at other players, be the last on alive. The mechanics may seem simple, but this is what makes the game a blast. Chasing after an opponent becomes a marathon as you both furiously pedal in an attempt to outpace one another. Seeing a rocket whiz past your tank forces you to throw yourself quickly to the side in an attempt to face your aggressor. Overall, the game is a blast provided you have the stamina to keep up. 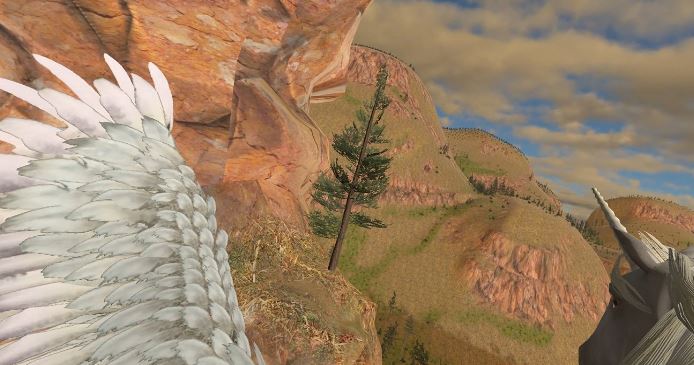 The other games play more like hardware demos than fully-fledged VR experiences. Pegasus is a game that plops you atop a winged unicorn. You fly through a fantasy styled landscape eating apples along the way. Cowboy is similar in mechanics, although this time you play the role of a sheriff riding a horse. You need to use the digital controls to lasso criminals as they try to escape. 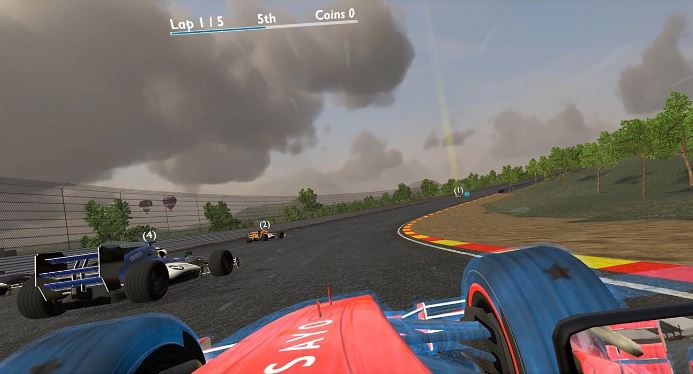 Go Fast Car has an odd premise: Play the role of a dog driving a race car. The goal? To go fast! The best feature of this game is the tracks. There are many different layouts to choose from, each with its own set of challenges. Sadly, there is very little strategy to the game beyond pedaling as fast as you can. Playing it might be good training for the Tour de France, but it’s not much of a game.

Overall, the games are mildly entertaining. The hardware is going to need some serious titles to survive, since Tank is the only game that has long term play-ability. VirZOOM is addressing this problem by giving out free development kits to anyone who wants to create their own game. Their SDK is based on the popular Unity platform, so experienced game developers should be able to start hammering out content without any additional training.

VirZOOM is being promoted heavily as a fitness tool. After taking the included games for a spin, it’s clear to see that it is effective. If you want to remain competitive at tank, you’re going to have to burn a few calories. Users we want a fun alternative to the gym will probably like the VirZOOM bike, as it’s a much more stimulating experience then riding a standard stationary cycle. A few of the games, specifically Pegasus and Go Fast Car, would work amazingly well as motivational tools. The points system rewards you for speed and distance, providing a quantifiable indication of your effort.

The VirZOOM Virtual Reality Exercise bike is an exciting application of virtual reality technology. It addresses several key issues with virtual reality, and there’s a lot of evidence that supports this systems growth into a legitimate gaming platform.

Unfortunately, until it’s been on the market for a while we won’t know for sure. It’s a bit like the chicken and the egg scenario. In order for the bike to be widely adopted by gamers, they’ll need a reasonable library of fun games. But before developers spend time and energy creating the games, they’ll want to see an established user base. Obviously this problem has been overcome by VR before, as the original Oculus Rift now has plenty of enjoyable games available on Steam.

As it is, the platform is an excellent choice for users who want to spice up their cardio routine. Riding a stationary cycle is commonly considered one of the safest workouts you can perform. There’s no unnecessary stress on any of your joints, and you still receive a full body workout. There’s enough variety with the included games that you probably won’t get bored of them, at least from a motivational standpoint. In a way, the consistency is actually an asset for fitness applications. Completing one of a few specific challenges forces you to try and improve your athletic ability by regularly striving towards exceeding your own records.

Developers may also want to give this device another look. If you’ve developed apps with Unity before, you already have all of the necessary skills to begin immediately creating content. The bike was created thanks to an immensely popular Indiegogo campaign. If the initial success is an indication of the future user base, then being one of the first to get a game up on steam could generate a lot of revenue.

Guide to the Best Faraday Fabric for EMF-Blocking
July 21, 2021