TechGuru May 1, 2019 Audio, Earbuds No Comments

Whether you’re in the gym or not, it’s much easier to stay active when you’ve got music. And it’s much easier to enjoy music while active if you’ve got a good pair of athletic earbuds. But finding a pair that sound reasonably good, and also won’t fall apart the first time you start to sweat on them? That’s something else entirely.

Like many pairs of similar athletic headphones, the Xcentz S1 Bluetooth Headphones were made for people who are staying active. Much of this is easy to see just from a glance. The in-ear design is supplemented by over-ear hooks which help keep the S1 securely fixed against the side of your head during activity. But outside of the secure fit, in terms of their performance, the S1 are a bit of a mixed bag. 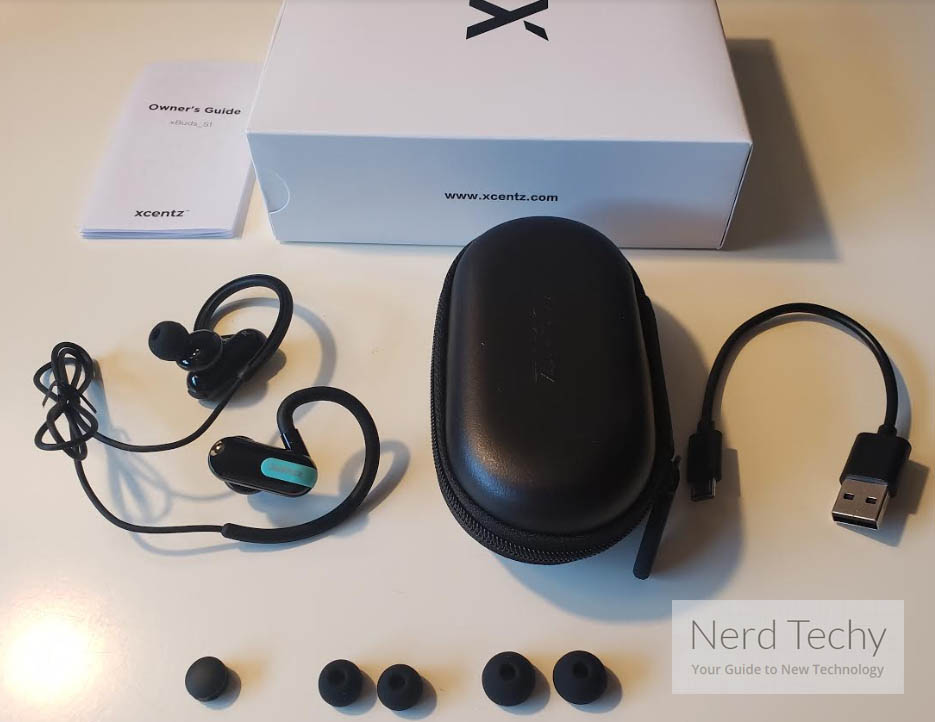 How? When compared to similar Bluetooth headphones, you’ll find the S1 typically deliver high-average performance, especially in the categories that are most important for athleticism.
But whenever you’re spending less than $50 on earbuds, it’s just unavoidable that you’re going to end up making some big sacrifices in at least one area of design.

In this instance, it’s worth noting that the S1 fall flat when it comes to calling features. But in exchange for that low-note, they actually do quite well when it comes to other dimensions, like their battery lifespan and wireless connectivity range. In fact, they’ve got some of the best range that you can possible find around this price. That won’t make the S1 right for everyone, but will it make them right for athletes and active people? 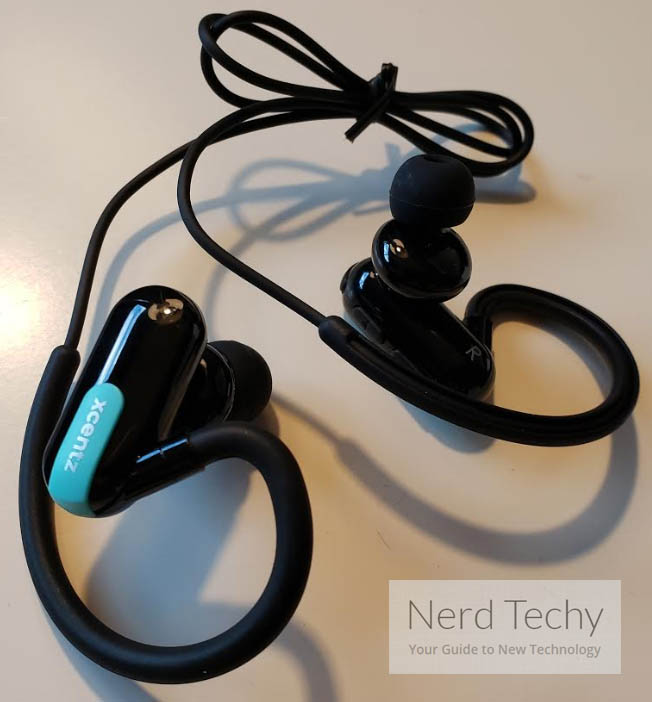 From a physical point of view, the Xcentz Bluetooth headphones have a lightweight design that combines a sport-flex ear-tip with traditionally styled behind the ear support. The end result is an added layer of stability that really makes a difference, especially because of the ear-hook portion of the design. Their lightweight nature renders each bud weighing a grand total of about half of an ounce, which is pretty good for both their portability and comfort.

Considering their style, you’ll notice the outside of each earbud uses a glossy black covering that looks pretty attractive at first. But does tend to attract fingerprints, and even a little bit of glare under the right circumstances. Apart from that, the earbuds themselves are fairly non-descript, perhaps with the additional exception of the branding. Because the Xcentz logo is prominently placed on the outside of each earpiece with teal highlighting. 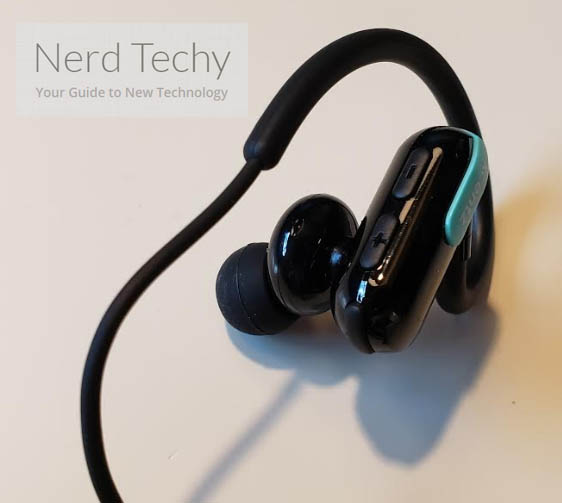 One thing that isn’t very athletic friendly is the wire that runs between each earbud. It’s not a flattened wire. The traditional round jacket they’ve used around the connecting wire means the it probably has slightly more longevity overall, but it will also be more prone to tangling.

And the Xcentz S1 are built to provide an IPX5 waterproof certification. That’s one of the lower waterproofing certifications. It basically means these headphones are capable of being doused in rain and sweat without you having to worry about them, but you’d want to stop short of dunking them inside of a pool or taking a shower. Because this waterproofing rating is really more like a water resistance rating than anything else.

Xcentz S1 are made to support Bluetooth 5. Compared to similar earbuds, that’s mostly a good thing. Bluetooth 5 is the latest version, and it has a number of advantages which are aimed squarely at these sort of earbuds. But more than anything else, these earbuds excel with respect to their wireless connectivity distance. Because they’re capable of transmitting their signal out across for relatively lengthy 50ft. That’s nearly twice the distance of many comparable earbuds. 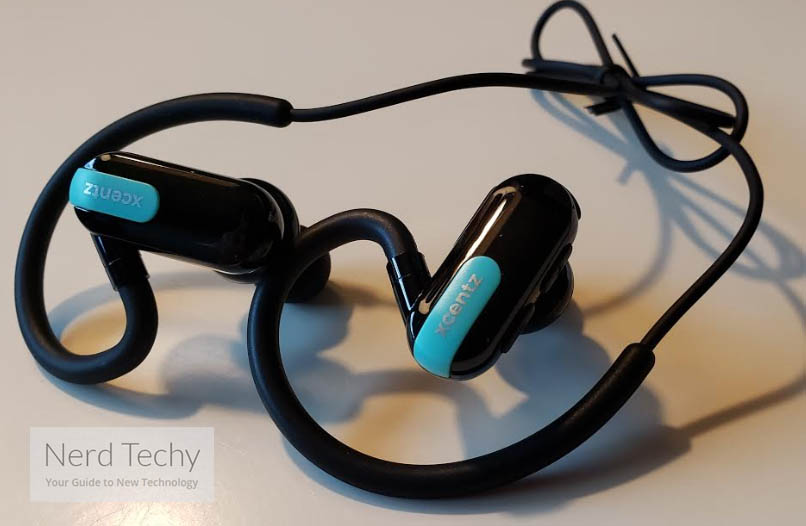 Whether or not you’ll be able to utilize the extra distance is another matter. For people who are primarily connecting to a smartphone, which may or may not be strapped to the wrist, the average 30ft of connectivity you can get from other pairs of earbuds is certain to be enough.

But maybe you’re not someone who wants to carry their smartphone around while exercising. Maybe you’re connecting up with a stationary Bluetooth audio source. In either case, being able to get 50ft of connectivity is pretty special for headphones in this price range.

Earbuds like the S1 have a tendency to sound very similar. That’s not a coincidence. Most them are made using very similar technologies, and very similar hardware. And all of them are working around essentially the same physical design constraints – including limited availability of power and the necessity of using a fairly small audio driver. 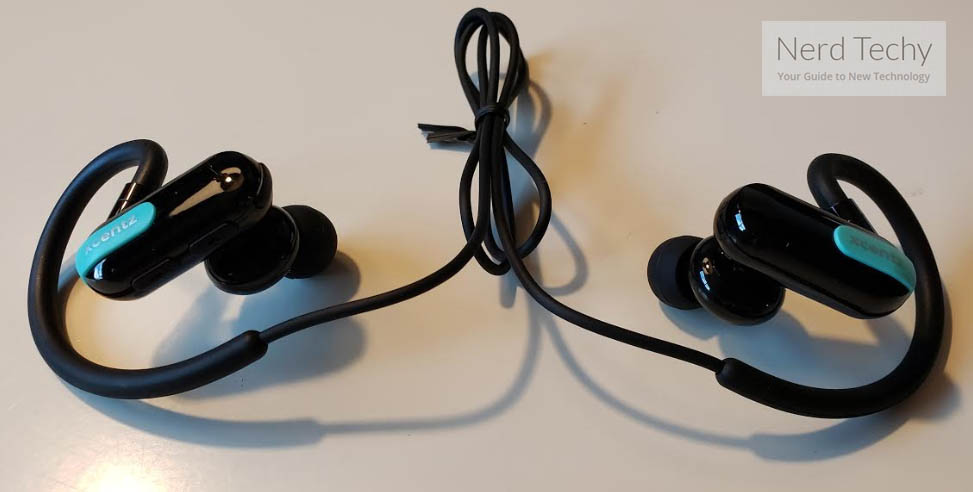 The Xcentz S1 do a pretty good job of working around those constraints, but they’re still closer to average-sounding than anything else. Having said that, these headphones were made rather specifically with athletic activates in mind. That means you’ll find a boosted bass section and a treble range made to have some extra snap, which is something that’s easy to appreciate when listening to the sort of upbeat music you might listen to while running.

Being artificially expanded, the soundscape isn’t especially great when it comes to the vocal range. That’s not to say voices don’t come through crystal clear – they do. It’s only that voices aren’t recreated to be made as naturally sounding as possible. There isn’t a neutrality to the tones, each is a bit exaggerated in order to sound a little smoother. Like so many things, this really comes down to being a matter of taste. But for athletes, these earbuds are likely to end up sounding pretty good.

Interestingly, Xcentz provides a range of possible battery life outcomes instead of giving you a single figure. They suggest that these headphones will be able to provide between 8-13 hours while drawing power from one charge. When you’re playing around 50% volume, that’s when you’ll be able to get the 13-hour estimate.

But when you raise the volume all the way up, you’ll find the 8-hour estimate starts to come into focus. In either case, this battery lifespan is pretty close to high-average when compared to similar earbuds. Most people using these sort of earbuds for athletic activities are only going to stay active for somewhere between 30 minutes and 60 minutes. That means these earbuds could provide power for about a week before you’d need to think about charging them again, which is certainly not bad. 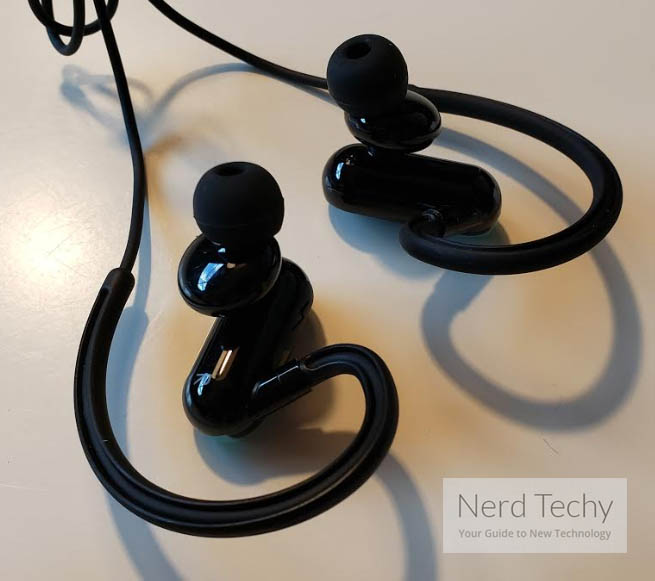 Just about every pair of Bluetooth headphones on the market will come with some kind of microphone, allowing you to take and make calls while you’re working out. That’s true here as well, and the S1 allow you to take calls with a single press of a button. The microphone was made to anticipate being used in noisier environments, so it’s ready to handle a little bit of ambient noise without issue.

However, this device wasn’t made with calling features in mind, and it’s pretty clear that the microphone was almost added as an afterthought. For people who are interested in business-call quality, or fancy noise canceling features, you just won’t find them here. That’s a large part of the reason why these earbuds are actually as inexpensive as they are – they’re not delivering on those sort of extra-features. Though if you’re someone who could care less about calling, that’s actually a very good thing because it means you’re saving a few bucks. 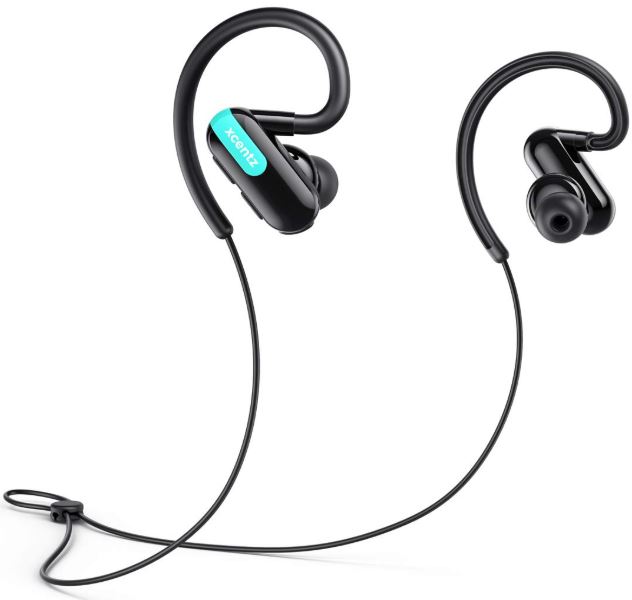 Xcentz Headphones come with three sizes of ear tips. You get two pairs of small and large tips which are included in separate plastic packaging, and the size that come pre-installed on the earbuds are medium sized ear tips. Roughly 85% of all people will find the medium tips are the right size.

But if you don’t like the fit of the medium tips, it is probably worth taking the time to check out the other sizes. For headphones like the Xcentz S1, having the right fit is less essential than with different earbuds, mostly due to the ear-hooks. But it’s still pretty important for people who are interested in maximizing noise isolation.

One small complaint can be made here. Because the ear-hook design is built-in to the wire on the earbuds, you can’t swap between ear-hooks of different sizes. Some pairs of headphones scarcely more expensive than the S1 allow you to move between two different size options for their ear-hooks. But as with the medium-sized silicone ear-tips, you’ll find that the included ear-hooks are supposed to be a universal design that will work for virtually anyone, which is why this is a small complaint. 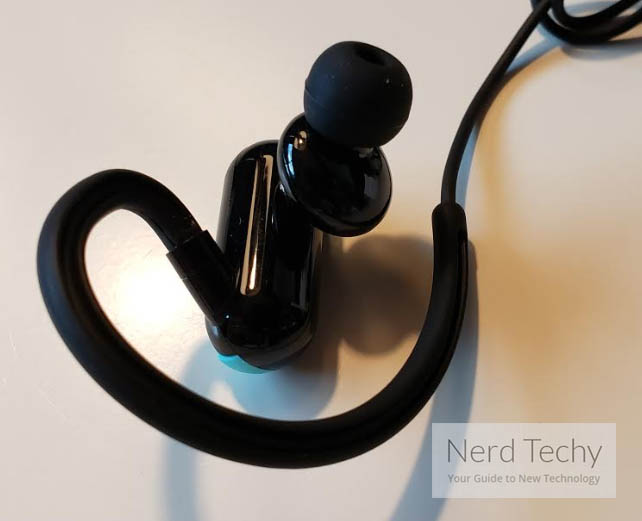 The Xcentz include a small carrying case. The carrying case is about 4.5” in length, an oval shape that provides just enough room to shove the earbuds and their accessories inside. To its credit, the case is reasonably well made. Its somewhere between a hard-shell and soft-shell design, made from a sturdy mixture of nylon fabric and faux leather. The resulting protection is particularly good at protecting the earbuds from moisture.

Xcentz includes an 18-month warranty with the S1 Bluetooth Headphones. It’s pretty uncommon for audio products like these to have issues, but it’s nice to know that you’re covered if something does come up.

The Xcentz S1 Bluetooth Headphones are made for people who are looking for something cheap and simple. In terms of their battery capacity, these headphones deliver high-average performance. Getting more than 8 hours of playback is reasonably good for any pair of Bluetooth headphones.

When it comes to connectivity, Xcentz keeps things running smoothly with Bluetooth 5. And their boosted signal radius is capable of blasting out around 50ft. That’s really a great way of making these headphones more accessible to people who are involved in athletics, and aren’t necessarily going to be in immediately contact with the devices they’re wirelessly paired with.

In terms of style, these earbuds are a little simple looking. Some people will like that because they blend right in, others might not. But nobody will have issue with the physical construction, which was built to reasonably high standards, as is largely reflected in the IPX5 waterproof rating. All in all, for an active person, these just might be worth picking up.