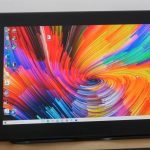 Indeed, they do. But a mouse and keyboard are a clumsy replacement for a pen or a pencil. For one thing, it’s tough to move a mouse in the same smooth, natural motions you would move a pencil. For another thing, the only way to change intensity or thickness is to change the program settings. This means constantly hitting shortcut keys, or taking your mouse away from drawing to click buttons. It’s frustrating, it’s inefficient, and it’s a clumsy method of drawing at best. By using a touchscreen display and stylus, you can draw or paint naturally, just as you would with physical media.

Previously, we’ve looked at the XP-PEN Artist 15.6 Pro. For the most part, we liked what we saw. When we learned that there’s a newer, slimmer 15.6-inch XP-PEN display, we wanted to get our hands on one. Now, we’re going to review the XP-PEN Innovator 16 Drawing Pen Display. It’s similar in many ways to the original, including the programmable buttons. That said, it’s significantly slimmer, and the “guts” of the display have been redesigned from the ground up. So, how well does this new and improved drawing pen display stack up? We’ll talk about the design, the performance, and how to connect it to your computer. After that, we’ll render our final verdict. Let’s begin! 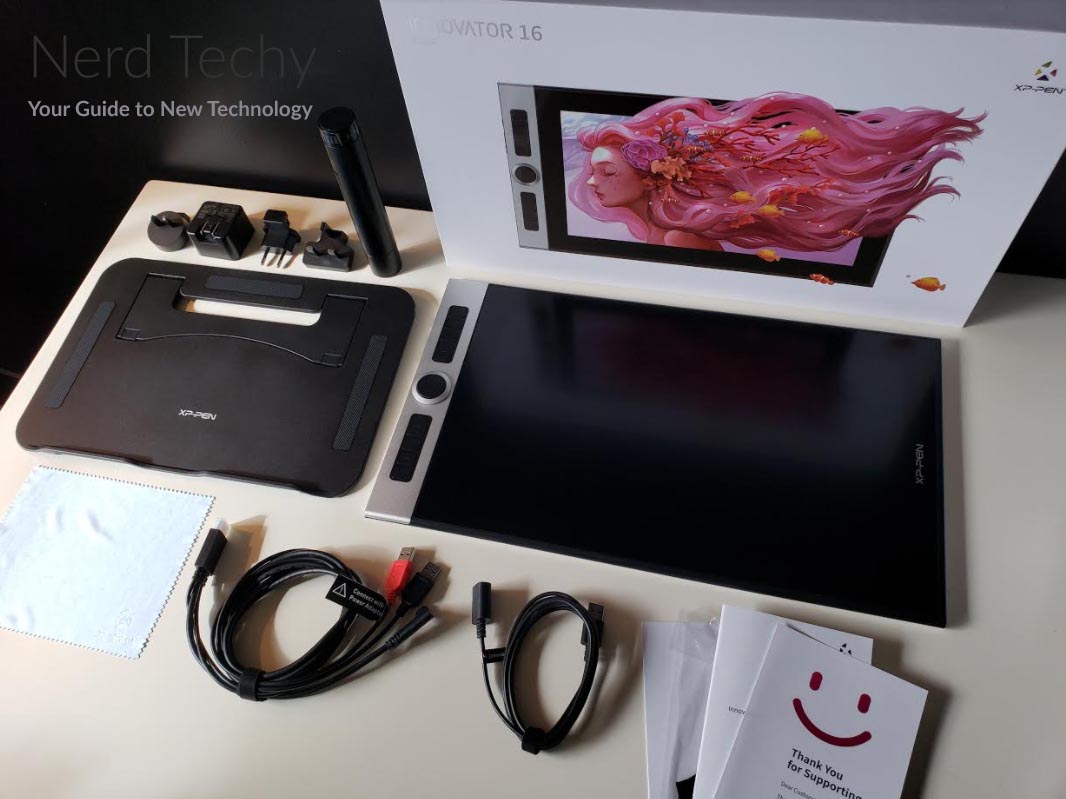 The main difference between the XP-PEN Innovator 16 and the original is how slim it is. In fact, the display measures only 0.35 inches in thickness. That’s about half as thick as a MacBook Air, slim enough to fit in any laptop bag or backpack. It’s 17.44 inches wide and 10 inches high, enough to accommodate the 15.7-inch touchscreen display. At 3.08 pounds, it’s also reasonably lightweight. You won’t have any trouble transporting it from work to home and back again. 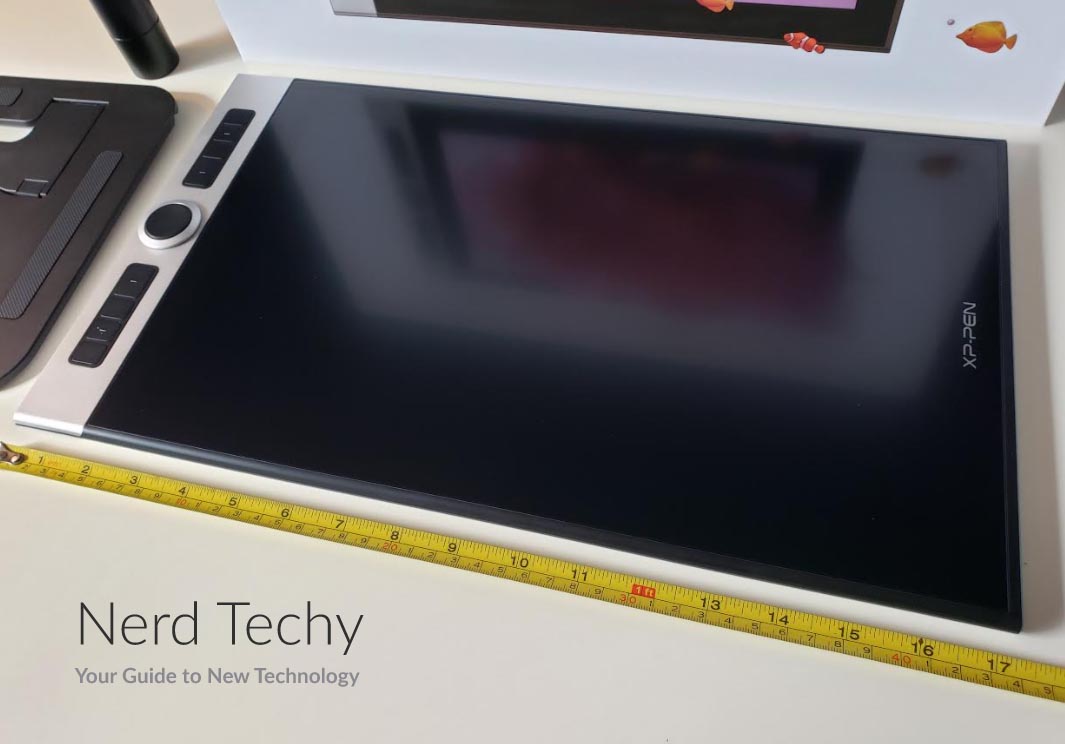 The bulk of the housing is silver-grey, matching both black and white electronics. That said, the screen is surrounded by a black border for better visibility. The silver color is visible on the back and sides, as well as along the left of the front. In this area, you’ll find eight programmable buttons, arranged in a column. These buttons can be programmed as individual keystrokes, or as any combination of keys. This makes them easy to set up as shortcuts for commonly-used functions. In the middle of this column, you’ll see a large dial with a fat red bezel. The dial is also programmable, so you can use it for a variety of things. Most people use it for adjusting brush size or intensity. That said, it can be programmed to adjust just about any setting. It all depends what controls you use most frequently.

On the side of the housing, behind the shortcut buttons, you’ll find the monitor controls. These consist of a power button, a menu button, and two buttons for navigating the menu. There, you can change contrast, brightness, and other basic monitor settings. In the same area, you’ll also find a USB Type-C port. This port is used for connecting to your desktop or laptop. 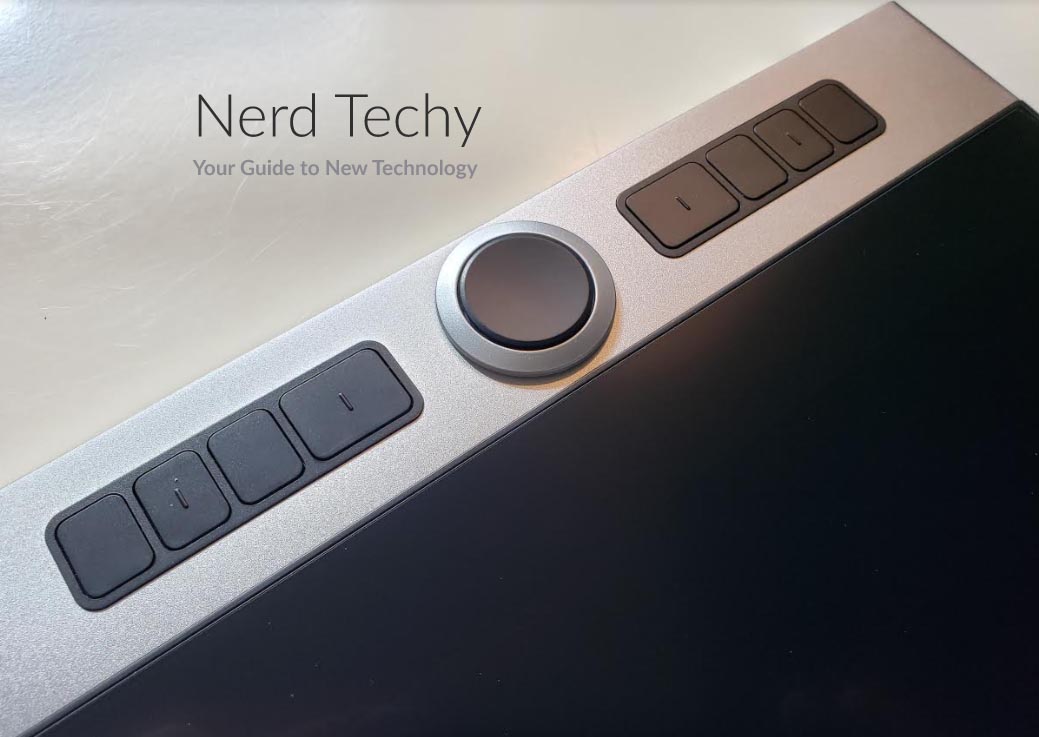 Along with the display, you also get a portable stand. The stand can be adjusted to four different angles, between 20 and 90 degrees. It’s supported by a folding kickstand that can be collapsed flat for easy transport. When it’s collapsed, the stand can also be laid totally flat. This way, it will protect the back of the display from scratches, without interfering with your work.

As you might expect, the kit also includes a stylus. It has a battery-free design, so you don’t have to worry about running out of juice mid-brushstroke. When it’s not in use, the stylus can be stored in a protective tube that keeps the tip safe. The tube is also a bit fat, so it’s harder to lose than a little stylus. There are eight replacement nibs in the tip, so you can work for thousands of hours before buying a new one. In addition, the package includes a three-in-one connecting cable and a USB extension cord. A cleaning cloth and a black, two-fingered drawing glove round out the list of accessories. 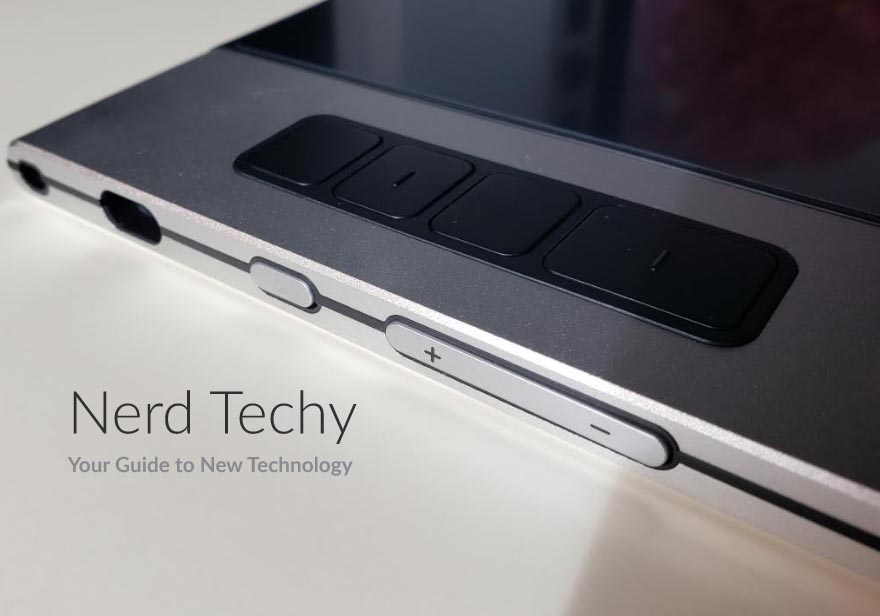 The Innovator 16 connects to your desktop or laptop with a proprietary three-in-one cable. The end that connects to the display is a USB Type-C, with a 90-degree plug that’s difficult to damage. From there, it splits into three different cords. One has an HDMI tip for receiving the video signal. Another is a USB Type-A for the display controls and stylus function. The third also has a USB Type-A tip, which provides power. This means that your computer must have, at minimum, an HDMI and a USB Type-A port available. You could plug the red Type-A tip into any powered USB port. It doesn’t necessarily have to be plugged into your computer. Unfortunately, this isn’t exactly a common cable type. If it gets damaged, you’ll need a proprietary replacement. 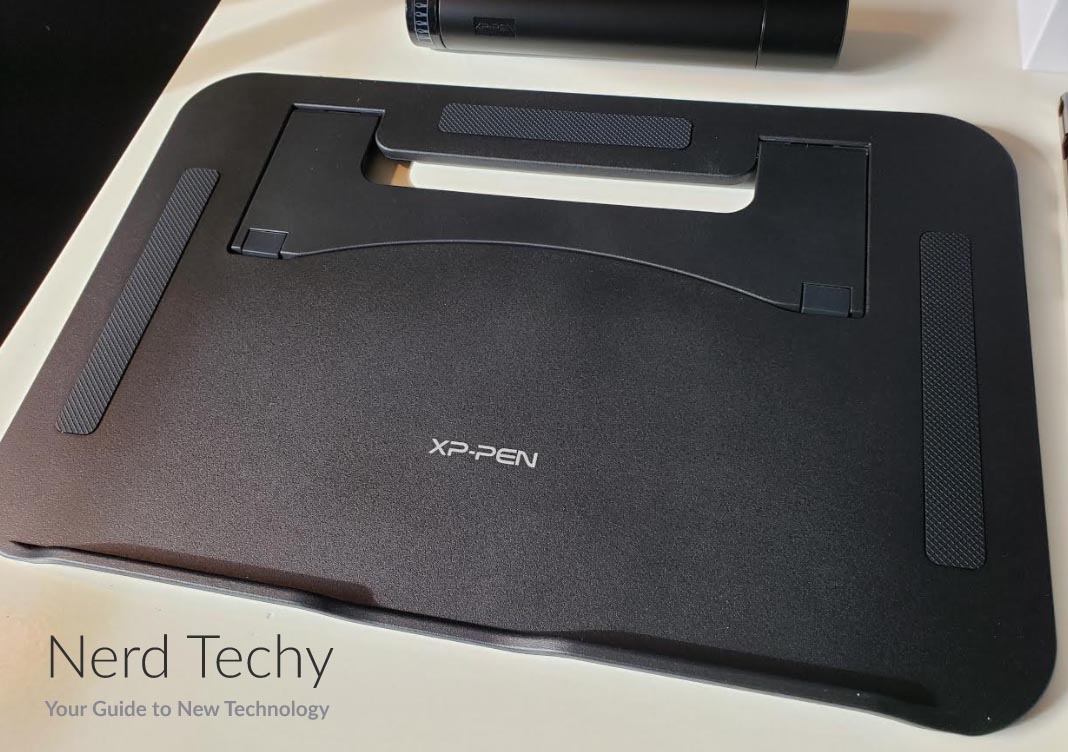 The connecting cable might be a pain to deal with, but computer compatibility isn’t. The Innovator 16 works with all versions of Windows since Windows 7, including 64 and 32-bit versions. It also supports all versions of Mac OS from OS X 10.10 forward. That said, because it’s an advanced device, the display isn’t plug-and-play. If you use it with your computer’s default drivers, you’ll get weird behavior and nothing will work right. You’ll need to go to XP-PEN’s website and download the latest version of the drivers for your operating system. This ensures you’re getting the latest version of the drivers, with all of the latest bug fixes. 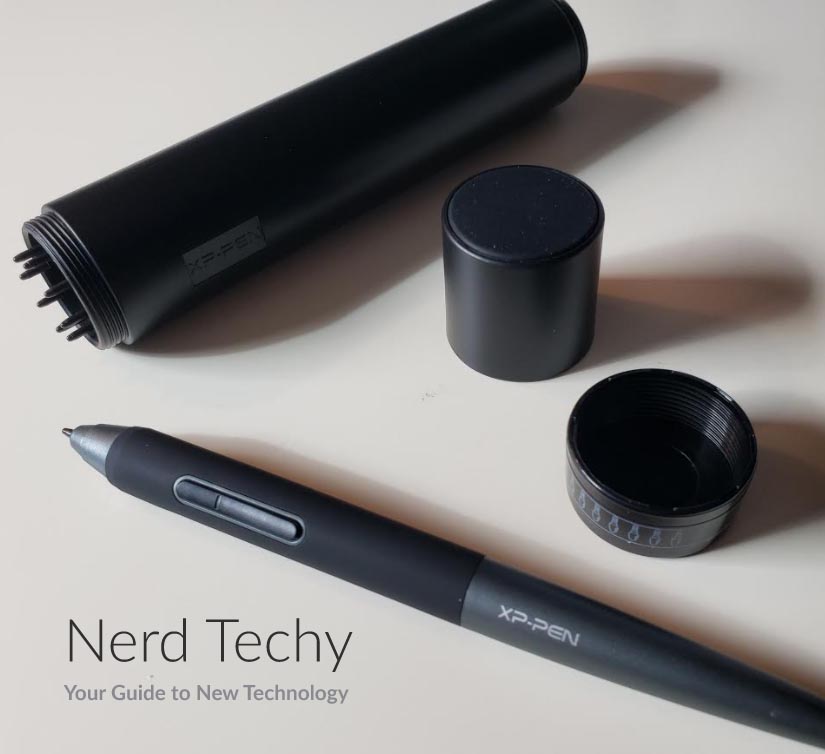 Once the drivers are installed, the Innovator 16 will work with just about any software. Among others, it’s compatible with Photoshop, GIMP, Illustrator, CDR, Fire Alpaca, Blender 3D, SAI, Krita, and Medibang. Because the buttons are all programmable, you can configure them for any shortcut keys your software uses. Keep in mind, though, that shortcuts are not always the same between programs. For instance, the Photoshop shortcut for the eraser tool is “E,” while in GIMP, it’s “Shift+E”. If you have your shortcut button programmed for “E,” it will work in Photoshop but not in GIMP. This shouldn’t be an issue for most people, since most people use one program and stick with it. That said, it’s something to keep in mind if you’re switching programs.

Once you’ve got the Innovator 16 set up and installed, it’s time to get to work! So, how well does the screen perform? The display is rated for 92 percent of the Adobe RGB space, which is quite good. It’s well over 100 percent of the SRGB color space, for example. That said, the color vibrancy is a bit disappointing. This is most noticeable in the red part of the spectrum, where colors can appear faded. Even so, we’re being nitpicky because the display is rather pricey. It certainly looks better than almost any other monitor on the market. We particularly appreciated the anti-glare protection. If you work under fluorescent lights, they won’t interfere with your work. 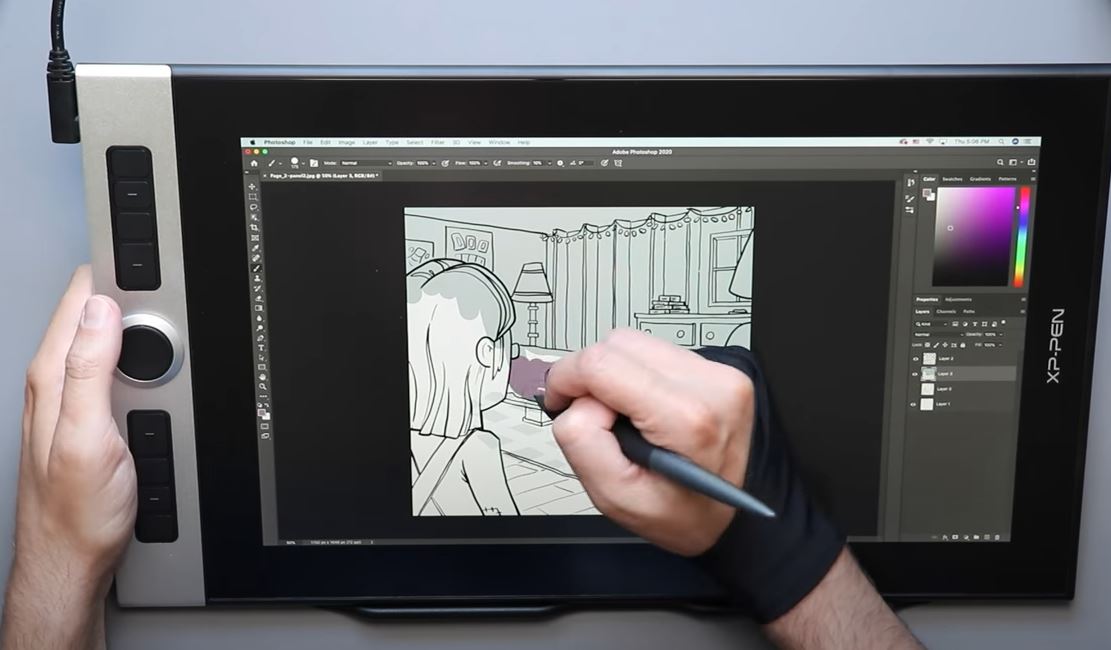 The display has a contrast ratio of 1,000:1. This is the difference between the brightest and darkest tones on the screen. For most colors, contrast ratio doesn’t make much of a difference. However, it makes a big difference when you’re working with different shades of black. If you do a ton of editing with dark tones, you may want a higher contrast ratio, as high as 3,000:1. But for most purposes, 1,000:1 will be all you ever need. Moreover, the IPS panel has a wide, 178-degree viewing angle. This makes it easy to work with a team, where people are looking over your shoulder. Because of the wide angle, nobody will be seeing distorted colors. 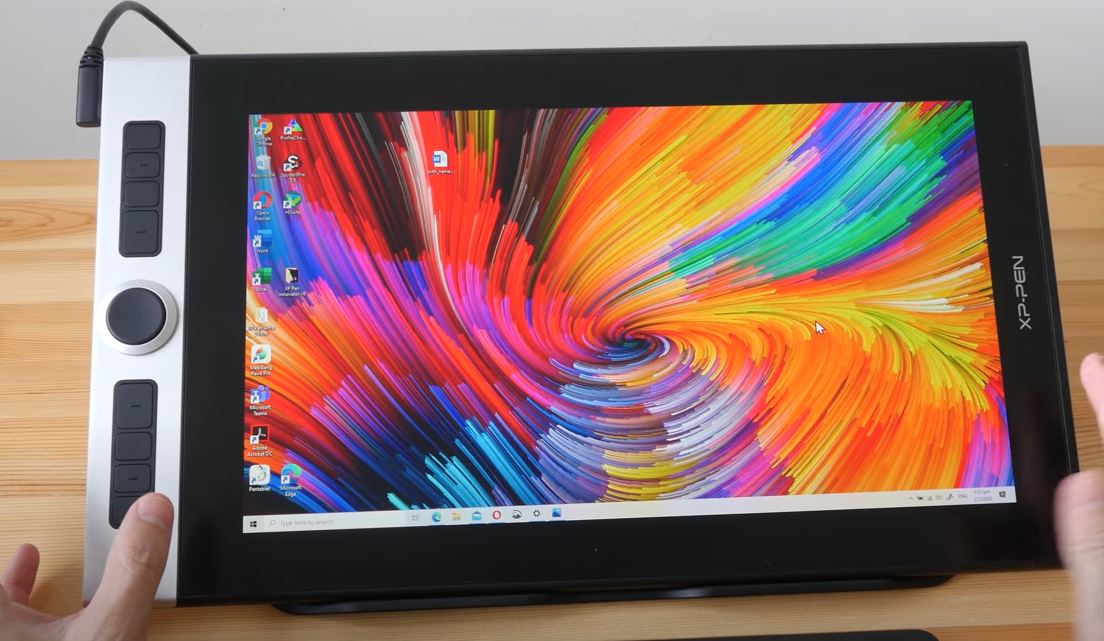 The touch panel performance is also quite good. The screen can detect over 8,000 levels of pressure, from very light to very hard. This is something you just can’t do with a mouse button. In addition, the panel has a report rate of 220 times per second. This won’t make much of a difference during slow work. However, if you’re making a lot of quick brushstrokes, the fast report rate makes a huge difference. Even if you’re moving the stylus fairly quickly, the strokes will be accurately represented. 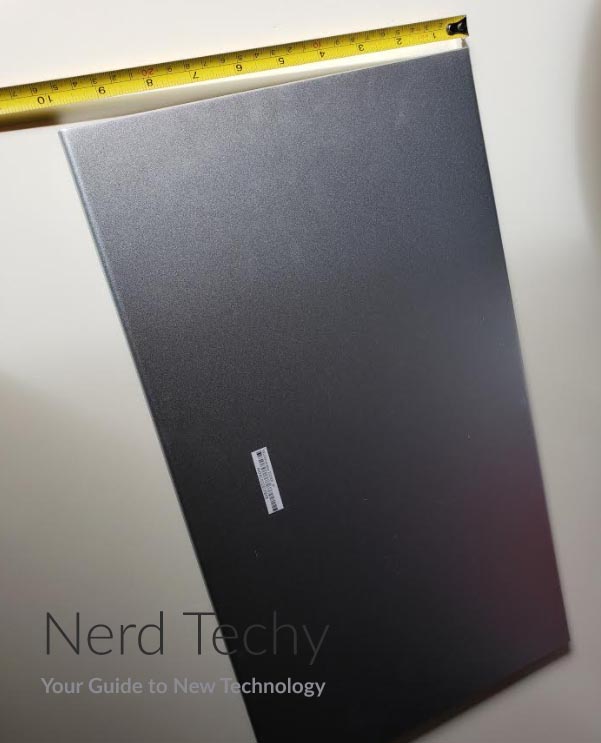 While you’re working, you can tilt the stylus up to 60 degrees. This will alter the thickness of the line, just as it would if you angled a physical charcoal pencil. You can also use the stylus for some basic mouse functions, since there’s a right click button. There’s also a button to toggle between drawing and erasing, without even moving your hand.

The XP-PEN Innovator 16 is a unique tool for a specialized purpose. And, in most respects, it’s fairly well-engineered. We would have liked a little more vibrancy, but the anti-glare protection and contrast ratio are both very good. 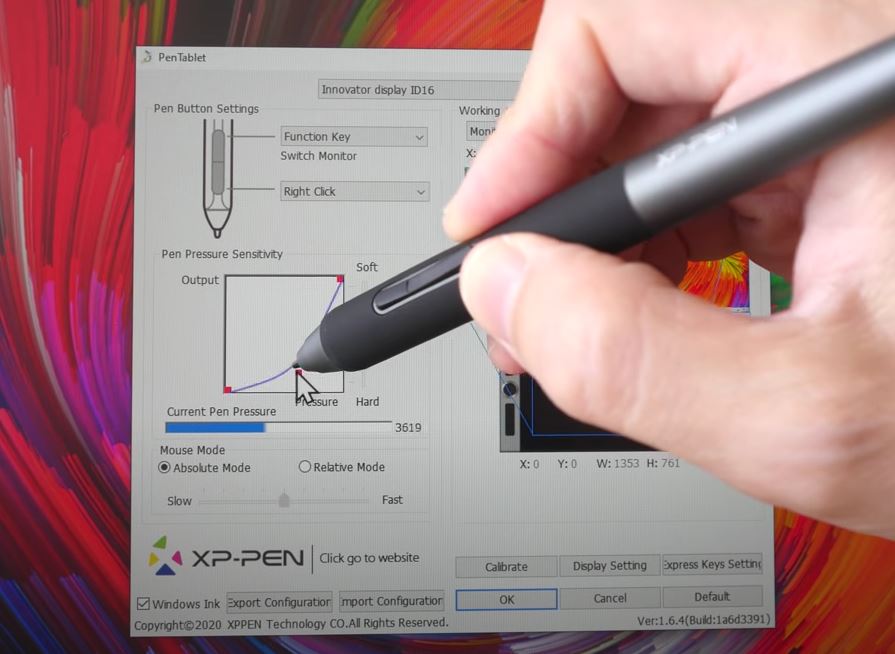 Just as importantly, the controls are easy to use. With eight programmable buttons, you’ll minimize the number of times you have to use your keyboard. And with the dial, you can make further adjustments easily with your free hand. The stylus is easy to use, and the screen is sensitive enough to pick up even very fine movements. We would have preferred separate USB and HDMI connections instead of the proprietary cable, but you can’t have everything.