TechGuru May 22, 2018 Audio, Headphones No Comments

We’re not what you would call fitness buffs. Or any kind of buff for that matter. We do cardio a few times per year, which quickly reminds us why we don’t do it more often. We don’t like feeling short of breath. It hurts! So, you can understand our guilt as we listen to Van Halen’s classic 1978 tune, Running with the Devil. We’re not running with the devil at all! In fact, we’re not running period. Does that make us bad people? Perhaps. Does that make us lazy people? 100% yes. Regardless, we still feel like we have the right to listen to music clearly written with the muscle men in mind.

We’re no stranger to Zenbre’s products. In fact, we recently reviewed the very impressive Zenbre Z4 Bluetooth speakers, which featured awesome sound quality and an eye-catching cylindrical design. Since we were so enamored with the Z4, we decided right then and there to check out what other products Zenbre had to offer us audio buffs. When we came across the H6 Bluetooth headphones, we knew that we had to have them. The following is our honest review of the Zenbre H6 headphones. 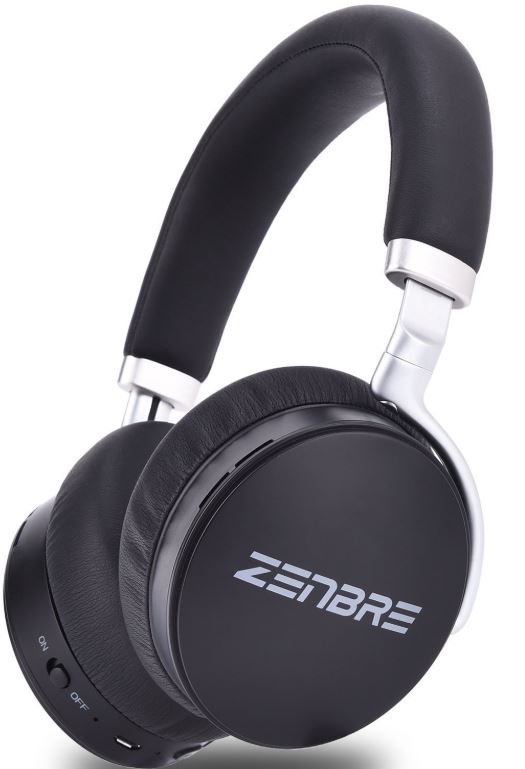 The H6 ships in very similar packaging to the Zenbre Z4; white and minimalistic. The box design has a very Jony Ive vibe to it, though not quite as pretty or premium as an Apple device. Included with the packaging is the headphones, a well-padded carrying case, a USB cable, an AUX cable, a user manual and a 12-month warranty guarantee. All the packaging contents were well-packaged and secure. We’ve received some pretty shoddy packaging in the past, especially from affordable devices, but the H6 was sent to us completely intact and damage-free.

While the design of a pair of headphones shouldn’t be the most important factor when buying a new pair of headphones, it sure helps if they look nice, especially if you’re planning on using them in public. To our eyes, the H6 has a retro vibe about them. The way that the headband ends abruptly and connects directly to the metallic joint, reminds us of old audio monitors; the kind that you might have seen in a recording studio in the 80s. 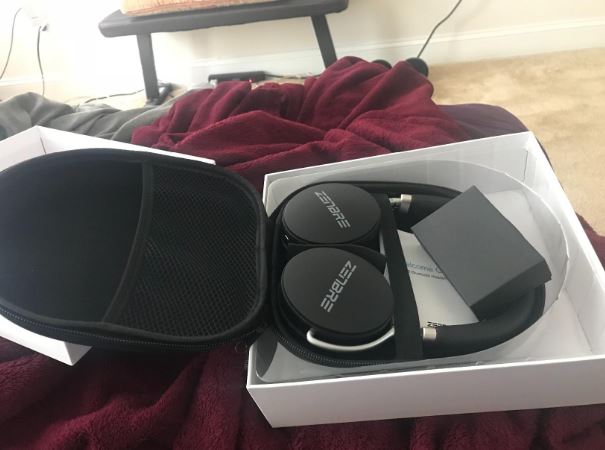 The ear cups are large and circular, rather than the more modern oval shape. The ear pads and headband are covered with a protein leather (also known as pleather) material. Rather than a headband pad, Zenbre has opted to cover the whole band in a rubberized memory phone. The headphone cups sit on a flexible axis, which allows them to better mold to your skull. They are also completely foldable, meaning you can fold in the earcups for easier transportation. When the headphones are all folded-up, they take up significantly less room.

All in all, they are a very attractive pair of cans. We almost always listen to music during our commute, so it’s very important to us that our headphones are attractive. The problem with many on-ear or over the ear headphones is that they are comically large. A pair of expensive open-stage Sennheiser headphones might sound incredible, but they look a little ridiculous any way you try to cut it. The H6’s are not obnoxious, nor too large. They are just right. 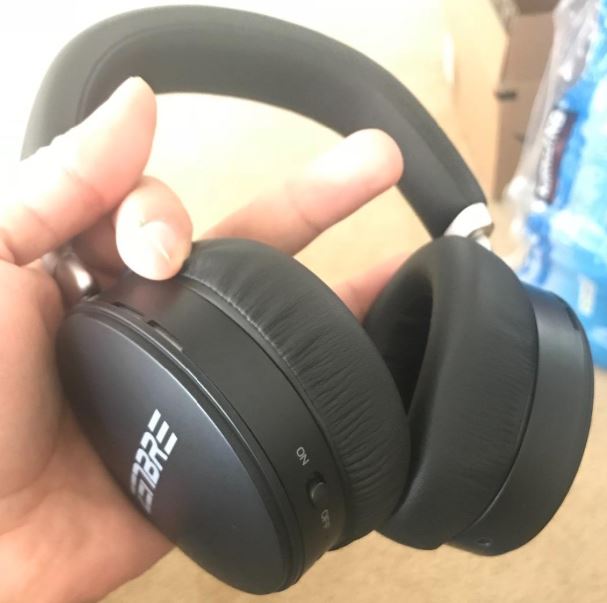 The first thing we noticed when we took the H6 out of the package was its absolutely gigantic ear pads. At first sight, the ear pads are almost comically large. And by comically, we mean we literally laughed in shock. The good news is that the pads are beautifully soft and cushy, just how we like them. The large ear pad size also helps prevent our ears from touching the inner speaker mesh, which can be quite annoying and obtrusive in most cases. The pads molded well with our skull, resulting in no chafing or discomfort.

When we saw that the H6 lacked a designated headband pad, we were initially a bit disappointed. By the look of the design, we were confident that they were going to hurt the top of our heads, or at the very least feel mildly uncomfortable. The memory foam that Zenbre uses throughout the entirety of the H6s headband does an absolutely fantastic job of form fitting to your head. Thankfully, our doubts were unfounded.

The one thing you’ll want to keep in mind is that these earphones are not super lightweight. Because of their large pads and added heft, we wouldn’t recommend using these at the gym or anything that would involve sweaty or heavy activity. These are the kind of headphones that are perfect for lounging around the house or doing light chores. They are also great for commuting and traveling. 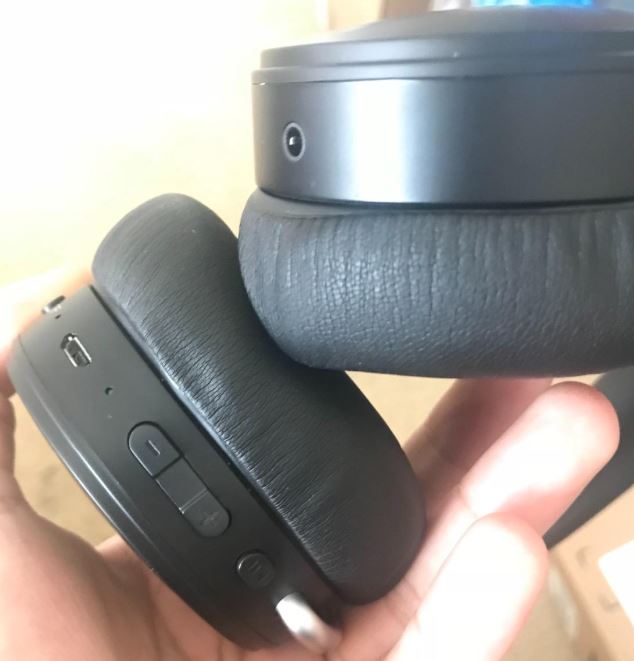 The H6 headphones feature two 40 mm drivers, enough power to make us eager to hear more. The first thing we did was throw on one of our bass testing tracks. We have a bunch of old CDs which were once used to test out the bass capabilities of car stereo systems, so we figured they would do the trick. While this pair clearly doesn’t sound as rumbly and deep as a car stereo system, the lows are surprisingly rich. We didn’t hear any muddiness or sludge which can sometimes be heard if the low frequencies aren’t up to snuff. Each side contains a resonator which helps improve the soundscape of the audio.

The mids and highs were equally as impressive, with a balanced, crisp sound that impressed us with its clarity and snappiness. There didn’t seem to be any significant treble push, resulting in a sound free of tin. The high frequencies did not overpower the mids, which can sometimes happen with affordable headphones. 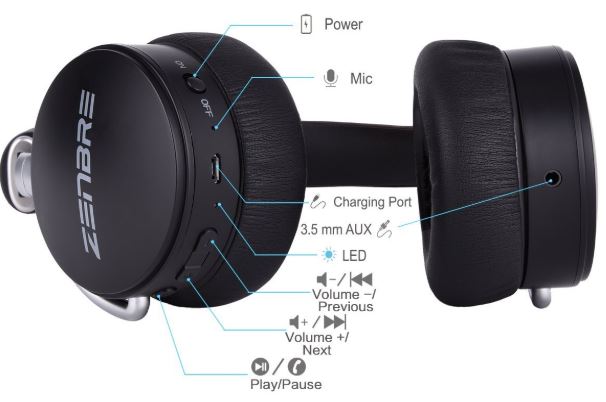 A long battery life is one of the most important features of a Bluetooth audio device. There’s nothing more irritating than having to charge your headphones multiple times per day. According to Zenbre, the H6 has a battery life of about 20 hours. During our testing we determined that the 20 hour number seems to check out, especially when we are listening to music at a moderate volume. The higher the volume, the faster the battery life is going to drain. In addition to a long play time, the H6 also offers 400 hours of stand-by time. So, if you accidently leave the headphones on overnight, the battery won’t be significantly reduced.

The charging time is between 4 to 6 hours, depending on the cable and adaptor that you’re using. We determined that a 1-hour charge was enough to give us about 3 hours of listening time, which is helpful if you don’t have the time to wait multiple hours for the earphones to be sufficiently powered. We use our headphones almost constantly, so a quick charge option is extremely important to us. Our music keeps us focused and motivated, so a functioning pair of cans is one of the most important parts of our day.

On the audio side of the H6s, the device only offer passive noise cancelation, which basically means that only the sound that is physically sheltered by the earpads will be removed. As we mentioned earlier, the H6 has some seriously massive ear cups, which do a good job of keeping ambient sound dampened. If you’re focused on the music or podcast you’re listening to, then you won’t be distracted by any external noise. 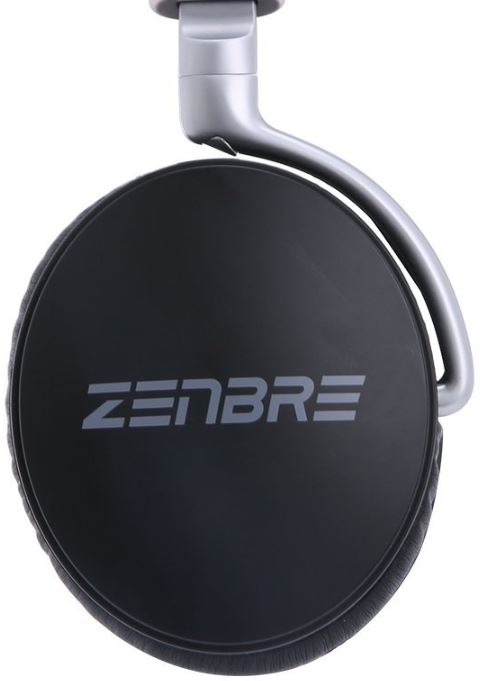 The H6’s microphone is equipped with cVc 6.0 noise cancellation, which uses a smart algorithm to form a cone of isolation around your general area. cVc tech also protects against packet loss and features bit error concealment, allowing any artifacts or audio quirks to be concealed. The result is amazing microphone clarity, with no discernable ambient noise or distracting clatter. The cVc technology worked phenomenal during our testing. Our voices sounded crisp, clear and perfectly balanced, with not overpowering loudness, but not too low as to be non-understandable.

The H6 headphones feature Bluetooth 4.2, which makes the device compatible with all your favorite wireless gadgets, even your Amazon Echo or Dot. We determined that the Bluetooth range was right around 35 feet, which is pretty standard for modern Bluetooth technology. Sometimes the audio quality of Bluetooth headphones can sound distinctly worse than their wired counterparts due to their in-direct audio sourcing. It’s just the nature or the beast. The H6 is engineered with aptX technology, which greatly improves the audio quality of Bluetooth enabled devices. Bluetooth 4.2 also features decreased power consumption, which allows your battery to last longer than it would have with older protocols. 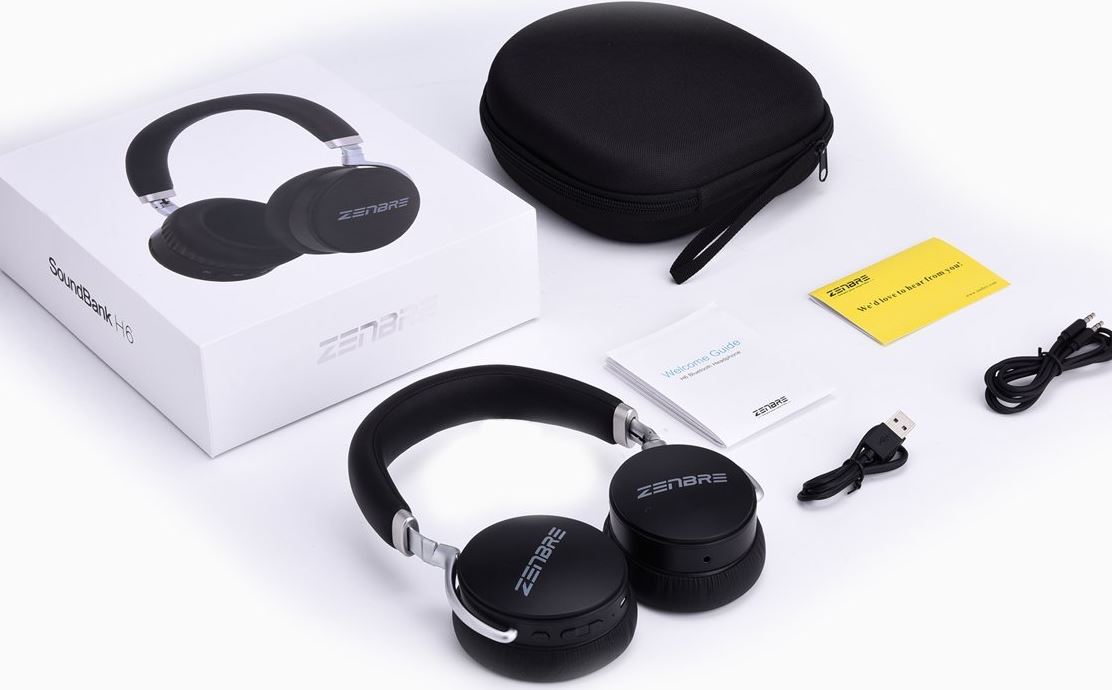 The Zenbre H6 wireless headphones exceeded our expectations in every way. They are much more comfortable than they appear, their sound quality sounds better than their price tag might suggest, the battery life is long and the charging time is short, their wireless connectivity is strong and latency-free and their design masterfully melds the old with the new to produce a modern pair of headphones with a distinctively retro feel.

If you have less than $100 to spend and you’re looking for a pair of cans that will rock your world, the Zenbre H6 is one of the better options available. These phones are particularly great for people with large ears because of their deep ear cups. That same depth also makes the H6 one of the comfiest headphones on the market. Their foldability makes them ultra-portable, even if you decide not to use the included carrying case. If you’re on the fence, it’s okay to take the leap. The H6s won’t disappoint.