On the quest for the next hot pair of headphones? Before you subscribe to the fashion or bass culture that seems so common, take a moment to consider studio grade headphones. Studio headphones aren’t like your average pair. Instead of having their own unique sound signature, tuned to give a specific style or form to your music, studio headphones leave the sound up to the artist.

Every major producer uses studio gear to produce their albums. This is considered to be reference grade. What you hear is exactly the same thing that the artists themselves heard.

Like a fine whiskey, studio audio gear takes a moment to be appreciated. Your tastebuds aren’t immediately swamped with something pleasing. It’s the after effects that help you appreciate your music. The subtleties are revealed, helping you to appreciate parts of your music that many people will never hear.

Traditionally, studio headphones are these big, bulky affairs that require high end amplifiers in order to sound good. AKG is one of the biggest names in the studio, but the N25 headphones aren’t your typical studio gear. These earbuds are ultra compact, designed to bring the studio to the consumer. We decided to go ears-on to see what they can do. 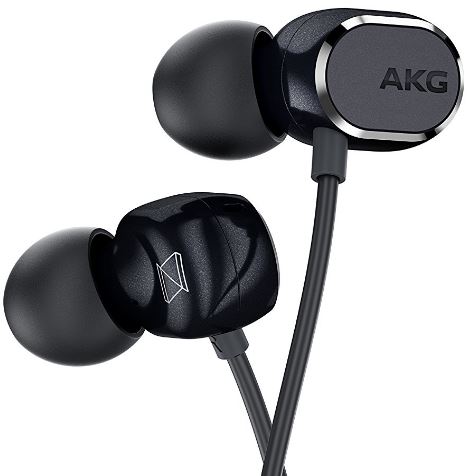 The N25 earbuds are the entry level models of the three N-series released by AKG, but they didn’t scrimp on quality. There isn’t a huge price difference between the three, your choice boils down to how much options you want. If you’re not expecting to want to modify and customize these headphones, you’ll be more than happy with the N25’s. Surprisingly, they come in a much peppier looking case than the higher end models. We were worried that these entry level models wouldn’t quite capture the magic we found with the higher end options, but we soon learned that these concerns were unwarranted. 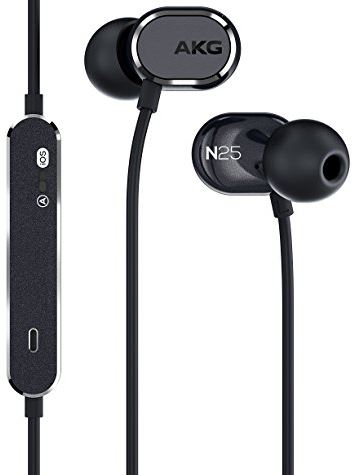 When you first open your new AKG N25’s, you’ll be impressed with how many accessories are included. For us, the unboxing experience was a throwback to the days of classic gaming. Remember when old games came in a massive box including manuals, guides, and accessories? These headphones are much the same. They’re bundled in a soft-touch carrying case. Although it’s hard internally, the top is finished with a nice soft fabric that feels good in the hands. The zipper is attached via an elastic material, that makes it comfortable to zip and unzip.

AKG also includes four pairs of soft tips. Most headphones only include three, but getting a good fit is very important for headphones of this caliber. By including multiple options, it’s easier to find ones that work for you. These in-ear style headphones can also get a little dirty at times, so a well made cleaning tool is included as well.

The last accessory included is an airplane adapter. This is mainly used on older planes where dual 3.5mm jacks are used for stereo sound instead of the single one. While this is mostly phased out on domestic flights, international flights often use this feature in order to force you to buy their overpriced headphones. Thanks to this adapter, you’ll be able to enjoy the high quality audio you paid for. 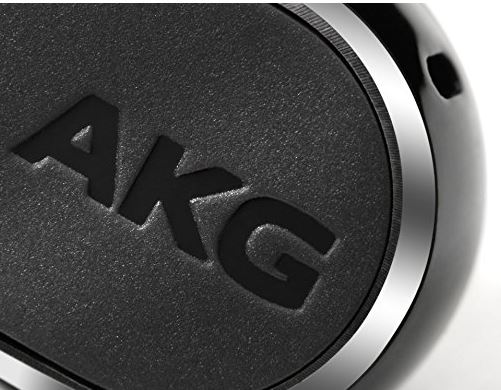 The AKG N25 headphones come in a design that is sleek, but also quite trendy. The teal green models have a peppy pastel look about them, accentuated by the polished silver bezel and the laser engraved AKG logo. These earbud style headphones insert directly into your ear like most, but the unique positioning of the driver allows them to better direct the sound into your ear canals.

The size of the earbuds is a little larger than most, but the shape of them allows them to still fit comfortably in your ear. They sit flush, staying firmly in place even during high levels of activity. The main difference between these models and the higher end ones is the placement of the cord. While the N30 and N40 models go over the ear, these ones are lightweight enough to just have the cord drop straight down like most headphones. 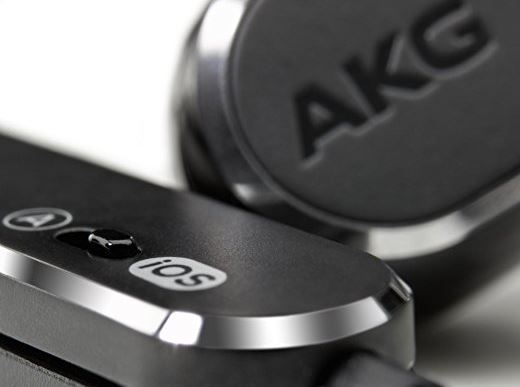 If you’re considering headphones of this caliber, the sound quality is what’s going to sell you on them. For the price, it’s unlikely that you’ll find better.

What we liked about these headphones was the fact that they’d play whatever we threw at them. From the delicate precision of jazz to the textured vibrancy of electronic music, the N25’s simply sing.

For us, it felt as if we’d been flying on a plane with our ears plugged. Once the pressure equalizes, suddenly the world around you sound clearer, more vibrant, and engaging. These headphones do the same thing with our music. Subtle details that we’ve never noticed before were suddenly prominent. The bass, midrange, and treble didn’t sound like three separate frequencies. Instead, we heard our music as a whole. It wasn’t about the individual components, but the way these components interacted with each other to create something greater than the sum of their individual value.

What is it that gives the AKG N25’s their unique sound? It’s difficult to reproduce the entire range of audible frequencies with a single driver. These particular models have two separate drivers. The highs, as well as most of the midrange, is produced by a single driver positioned directly into the ear canal. The bass driver is located in the enlarged housing. Because they are positioned away from the ear, the enclosure acts the same way the cabinet on a subwoofer would. This makes for expansive, roomy sound that creates a vibrant soundstage. You don’t get that ‘closed in’ sound that so many headphones suffer from. Instead, you get something that sounds the same as a pair of high end speakers in a large room. 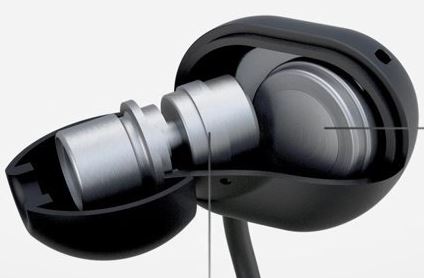 If you’ve never heard studio grade headphones before, be prepared for a little change. These aren’t going to sound anything like your Skullcandys. Unlike most, studio headphones treat each frequency the same. They don’t enhance any, or favor any. The frequencies are played back exactly the same way they were recorded. At first, this can sound a little underwhelming to some. They don’t have that ‘in your face’ feeling that so many headphones do. If you do end up trying them out, make sure to give them an hour to grow on you. We can guarantee that once you’re familiar with the sound, you won’t want to hear anything else.

If you’re anything like us, you like to enjoy your music for hours at a time. For this reason, it’s important that your headphones don’t start to irritate you after an extended listening session. Fortunately, we found the N25’s to be more comfortable than your typical earbud style headphone. For starters, the earpieces are perfectly round. They don’t feel invasive, instead opting for a much more subtle feeling. 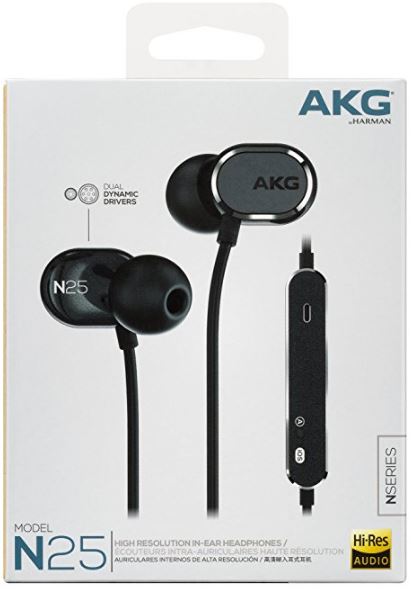 The earbuds are a little larger than some, allowing them to rest comfortably in your ears. The pressure isn’t all on your ear canal. Instead, the enclosures rest against the back of your ear. At 15 grams, they’re more lightweight than most dual-driver systems. And this lightweight nature makes them very easy to enjoy for a long period of time.

While these headphones are certainly something to be appreciated, top-tier sound comes at a price. They are still a bit cheaper than most studio grade headphones, but they’re much more expensive than entry level models. For occasional users, the price might not be worth it. 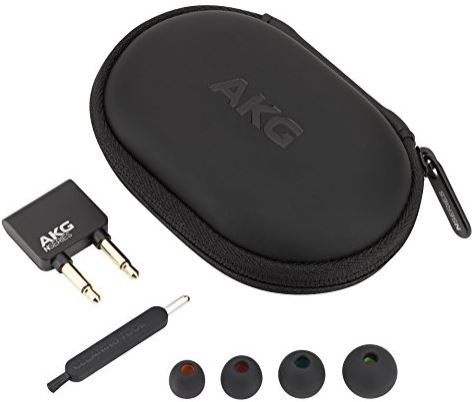 If you’re looking for an entry level pair of studio headphones, the AKG N25’s are a great place to start. What we like most about them is the fact that AKG didn’t compromise on sound quality. Even though they’re nearly half the price of their N40s, the sound has many of the same qualities we appreciated about them. With their stylish look, and ability to be driven from a standard cell phone, we’d recommend these earbuds to anyone who’s looking to step up their music listening experience.

Looking for something with a little more kick? The AKG N30 Headphones can still be driven by a cell phone, but replace the dual driver system with a dynamic driver that makes everything sound a little more cohesive. If you want the best of the best, then you should consider the AKG N40 headphones. This top end model does require an additional amplifier if you want to get the most from it, but it offers world-class sound that very few headphones come close to.