IoT, or the Internet of Things, is a pretty promising technology. Want to make breakfast from your smartphone? Turn on mood lighting and some soft music with the touch of a button? IoT promises to make all of your standard household goods digital, and the technology is only just starting to roll out.

Unfortunately, IoT isn’t entirely sunshine and rainbows. Many devices suffer from limited range, so you have to actually be in the same room as the hardware you’re trying to control. Security researchers found that a network of hacked toasters (seriously!) was used to take down some of the largest sites on the internet. Finally, many consumers find that IoT devices from one manufacturer won’t always inter-operate with devices from another.

All of these problems are being addressed, and a few different solutions are available. ASRock believes that their X10 IoT Router could be one solution. Is this technology something that all consumes should look for in their next router, or is this a niche product for specific markets? To find out, we decided to try it out for ourselves. 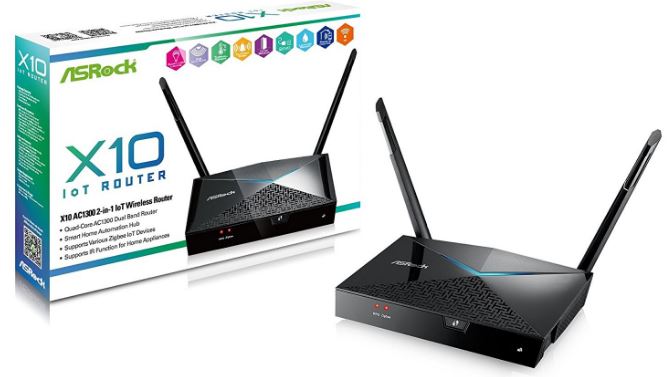 Although it looks like a basic router, there is much more than meets the eye. At its core is a simple 802.11ac router with 1300 Mbps of peak bandwidth. In addition, it’s got a number of protocols that are used primarily by IoT devices. We’ll explain these protocols in greater detail later, but the main ones you should know about are X10, IR, and Zigbee. At a minimum, these protocols allow for compatibility with the vast majority of IoT devices on the market. In many circumstances, this router can take the place of the hub you’d have to buy. The end result is that consumers can buy as many IoT devices they want, and use this single product to control them. If you were to stick with the manufacturers proprietary system, you’d be forced to have multiple hubs with their own separate networks. 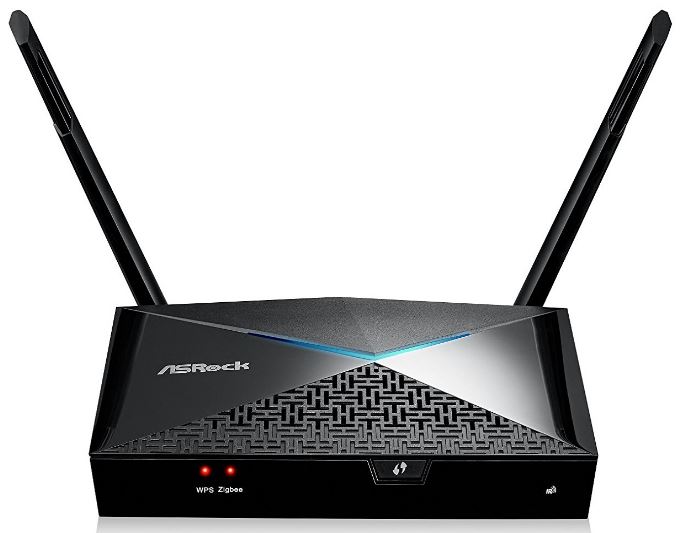 Although this is the most basic form of functionality, it’s important to determine how this device functions as a WiFi router. It’s sold as an “all in one” unit, so many consumers will be using this exclusively for their home networking needs.

As an 802.11ac unit, it supports both the 2.4 and 5 GHz frequencies. This is an AC1300 unit, providing a maximum of 1300 Mbps bandwidth. This isn’t the best on the market, but it is fairly competitive for the price point. This kind of bandwidth is more than enough for streaming 4K (both online and locally) as well as gaming.

If 1300 Mbps isn’t enough for you, or if you already have another high performance router, this unit can be used to supplement your existing network. You can use it as an Ethernet access point, physically wiring it into your other router and creating a second WiFi network. If you don’t want to run a hard-wired cable, you can also run it as a repeater. It joins your existing network and re-broadcasts the signal, creating a single SSID that can be accessed from anywhere in your home. 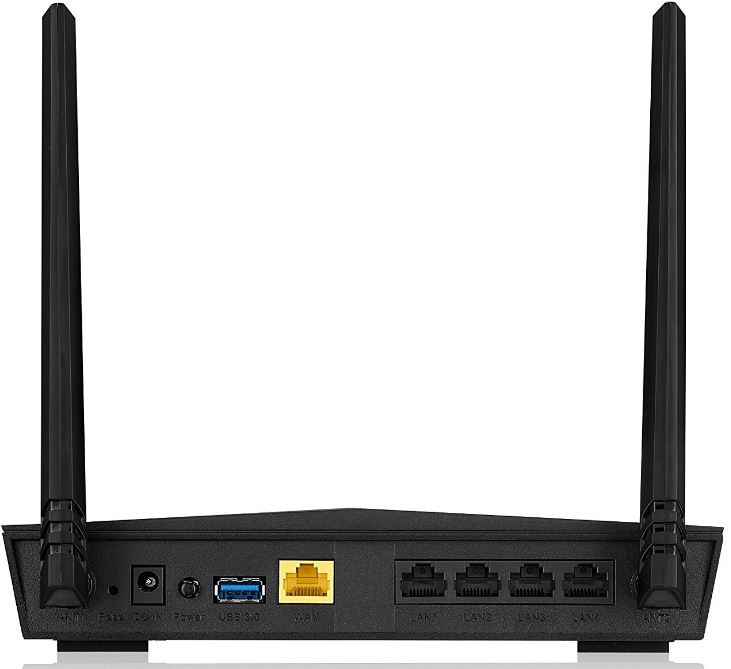 If you don’t intend to use it as a router at all, you can use it in bridge mode. This allows it to connect to your existing network on WiFi, bridging communication between all of your other IoT networks.

Although bandwidth wasn’t the most impressive part of the router, one of the areas this unit really excels is in range. It’s got two very high gain antennas, and it easily provided complete coverage across our 2500 square foot home. For this, you can thank beam forming. Beam forming uses a number of separate antennas, increasing the gain towards any client that has a poor quality connection.

The router also supports 2×2 MIMO, so one client’s heavy usage won’t slow down the connection for other users. This router is definitely impressive, but far from top-tier. It’s solid, competent, and acceptable. But the real asset is going to be the additional protocols it supports. 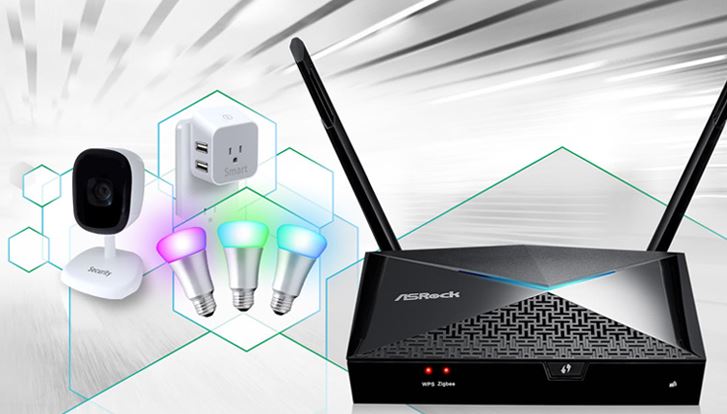 There are a number of different communication systems used with IoT devices. To help you understand how they all inter-operate, we’re going to walk you through them one by one so that you understand what kinds of devices this router will be compatible with.

The most prominent protocol is called X10. X10 is a power line carrier signal, which means that it travels over your AC power lines without any separate wiring. Screw a smart X10 lightbulb into the socket, and you’re automatically connected. Plug an X10 lamp into the outlet, and you’ve got a data line. Plug your new ASrock router into power and… you guessed it… you’re up and running. X10 was, for a long time, used as a professional grade home automation communication protocol. They are plenty of devices that are not part of the Google home or other smart platform ecosystem that can be used easily with the ASRock X10.

Infrared is one of the lesser known protocols, but this support is unique to this router. Infrared is a waveform of light that is invisible to the human eye. This is the same protocol used by most remove controls. The router has an IR blaster located on the top of the router, and can be used to control any device in the same room as it. Infrared is used most prominently by HUE bulbs, but also LED light strips, smart outlets, and basic home appliances. This feature is powerful because it can turn non smart devices into ones that can be controlled remotely. Your television, stereo, and other home appliances can all be accessed thanks to the X10 routers built in support library.

Finally, Zigbee is supported. This protocol is a proprietary form of X10 that works over both your WiFi network as well as the power lines. Zigbee is used by many smart devices including Hue bulbs, wireless home security systems, and smart outlets.

Overall, this is one of the most comprehensive set of protocols available on any smart home router, making it the perfect base station for both a new and an existing installation. 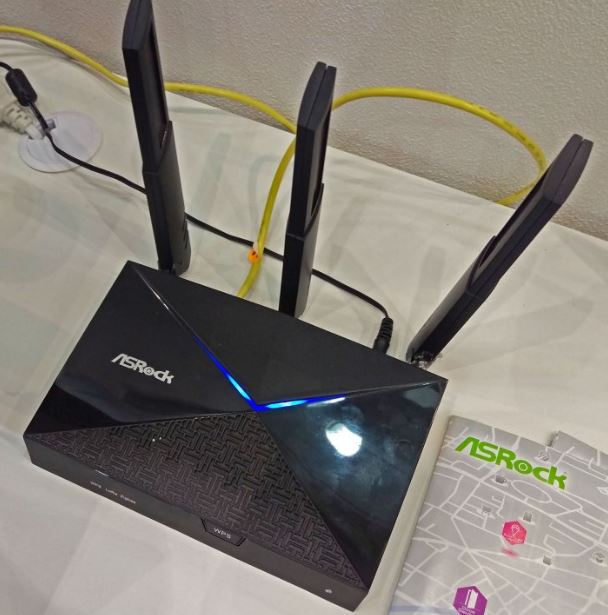 Getting the router set up on your home network is simple enough. Just plug it in and you can use the web interface to setup your home network. Getting it connected to your smart home is a more involved process. You’ll need to download ASRock’s free app onto your smartphone. From there, it will scan for all of the devices available and let you label them and set them up.

Once you’ve completed that process, you can continue to use it as a simple control. The app can turn all of the devise on or off, or change parameters such as color or volume. In our eyes, using this basic form of control is a bit of a waste of this router. To take advantage of everything it has to offer, you’re going to want to use the IFTTT-like control scheme.

IFTTT is a popular free program that lets you set up programmable rules. Standing for “if this, than that,” the name does a surprisingly good job of explaining what the software does. You can set conditional rules. For example, when you turn on the main light in a room you can have the router automatically turn on all of the additional smart lights you’ve got going on.

Rules don’t have to be based on other devices either. For example, you can set a schedule where your home security system automatically turns on at a certain time, and turns off at another. You can create one button to control multiple devices, or integrate with the online IFTTT system to set triggers based on social media. If we’re just showing off, our personal favorite is the ability to turn lights on or off when sending a tweet to a specific account. In reality, this might not be that useful. But it’s pretty darn cool to show off. 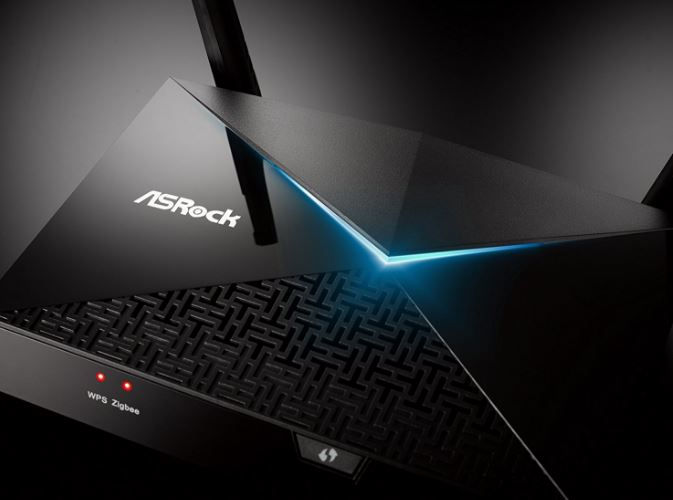 After a few major botnets have taken over many IoT devise, IoT security is becoming a bit of a hot topic. This router helps address the security issues by restricting control to within your home network. If you’re not logged into the network, you can’t turn devices on or off. This prevents any unauthorized users from making changes to your programs, or modifying your devices.
That being said, one of the main advantages of IoT is that you can control your home remotely. Forgot to turn the oven off? Just log in on your smartphone and make sure it’s disabled safely. By default, limiting control to within your home network breaks this functionality. But ASRock has a solution. The router has a built in VPN server. By setting up a VPN on your phone, you’ll technically always have your connection routed through your home network.

This does require a little setup, but the app makes this easy to do. The end result is that you can control your smart home from anywhere in the world, but only through devices that you’ve previously authorized. This directly addresses the security concerns, providing you with one of the safest smart homes on the market.

Not including Bluetooth is a pretty major disadvantage to the entire platform. Although Bluetooth is a bit of an underdog in the IoT and Smart Home market, it’s still a prominent protocol. At this point in time, any users who want to control their Bluetooth devices will have to use a separate router.

Although we haven’t come across any dedicated IoT routers that support Bluetooth, we did review a product called the Cassia Hub. This 2-in-1 audio system and Bluetooth router helps extend the range of your Bluetooth smart home, so this is a good item to check out if the lack of Bluetooth on the X10 is a deal breaker for you. 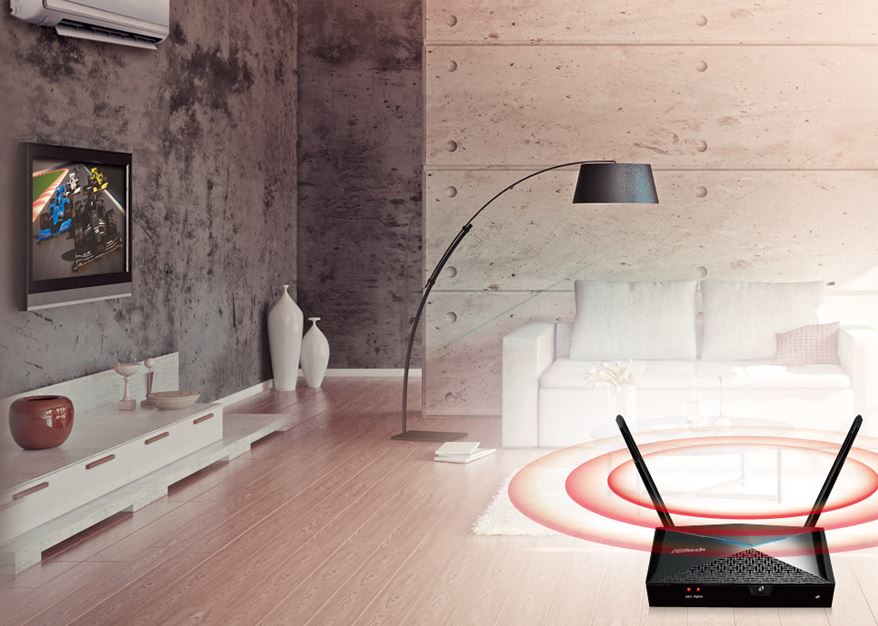 As one of the first IoT routers on the market, ASRock has clearly demonstrated a need for their product. Their X10 router is an excellent purchase for anyone who is planning on getting a home automation system, or who already uses one.

The advantages of an X10 router are security, and ease of use. By brining your entire network together onto a single interface, it’s much easier for you to automate your platform. Manufacturers proprietary hubs do allow the same functionality, but they usually restrict you to using exclusively their hardware. With ASRock’s X10 router, you can use devices from any manufacturer without restrictions.