TechGuru May 29, 2021 Gaming, Nintendo No Comments 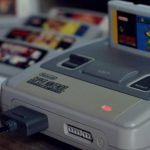 The Super Nintendo is one of the most underappreciated consoles of all time. Everybody remembers the original NES. If you didn’t own one, you either knew someone who did, or you weren’t born yet. It sold 75 million units, vastly overshadowing the competing Sega Master System’s 10 to 13 million. By comparison, the Super Nintendo’s 49 million total sales must have seemed like a disappointment. But let’s put that in perspective; it’s more than twice as many total units as the original Xbox (24 million). This is despite the fact that for the last few years, the SNES was overshadowed by the newer Sony PlayStation.

All of this to say that if you own an old Super Nintendo console, you’re not alone. There are millions of gamers who still treasure their old systems. Yes, there are plenty of people who have upgraded to a modern NES/SNES clone with HDMI. But there’s still a healthy aftermarket for third-party replacement parts. For the foreseeable future, there doesn’t seem to be any shortage of SNES accessories. This being an older console, “accessories” basically means controllers. You won’t see any headsets or Bluetooth attachments for a console this old.

We’re about to review the Rojuna SNES Controller Gamepad. This is a replacement gamepad that’s designed to replicate the look and feel of the original. It’s also designed to plug into the original SNES. You won’t need to run an emulator or use an adapter to utilize this controller. But just because it looks nice doesn’t mean it performs as well as we’d like. A good gamepad can’t just look and feel like the original. It also needs to work properly, and support all the same features. Many manufacturers struggle with this basic task, at least when it comes to older hardware like the SNES. Is this the best SNES controller gamepad around? Let’s find out! 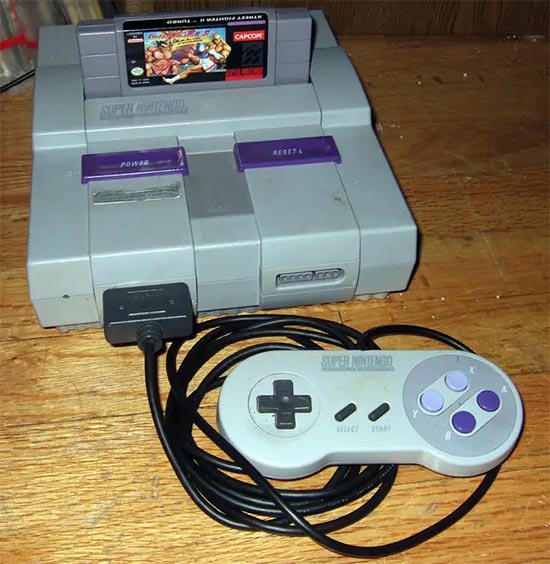 Evolution of the SNES Controller

The Super Nintendo has its origins in the smaller, blockier controller of the original Nintendo Entertainment System. This controller was designed for smaller hands since, at the time, game consoles were considered toys. However, for many gamers, the NES controller was their first introduction to console gaming. Since games of the time were less complex, you didn’t see the large number of buttons you see on later controllers. There was a D-pad, an A and B button, and the Start and Select buttons. Some third-party replacements came with turbo buttons, but that was about it.

Even so, the original NES controller often gets less credit than it deserves. For one thing, it was built like a brick. You could slam it on the ground or run it over with a car – probably – without causing serious damage. For another thing, it was a major departure from earlier home consoles. Earlier consoles, like the Atari 2600 and 3600, had been based on arcade cabinets. Their controllers had a similar, joystick-based design. This made them difficult, if not impossible, to hold in your hand. You had to set them on a table or on the floor in front of you to play your games. As you can see, despite its simplicity, the NES controller was cutting edge for the time.

With the SNES controller, Nintendo didn’t set out to reinvent the wheel. They’d do that later, with the N64, Wii, and Switch controllers. For the time being, they stuck with what worked, and tinkered with what didn’t. The most obvious difference between the NES and SNES controllers is visible at first glance. Instead of a boxy, rectangular design, the SNS has two circular lobes on the sides. These make it much more comfortable to hold, and it won’t dig into your hand during long gaming sessions. In fact, this change was so popular that Nintendo issued a new NES controller with the same profile, the NES-101.

Another major change was the addition of four more buttons. To begin with, Nintendo added two more face buttons, the X and the Y button. These were oriented parallel to the A and B buttons, but were concave to make them easy to distinguish. In addition, they added the two shoulder buttons. The goal at the time was to support the more complex controls offered by current games. Titles like Street Fighter II simply weren’t playable with only two inputs.

These two additions made major waves throughout the gaming industry. Consider the four-button face layout. This has become nearly universal on console and PC controllers from the Super Nintendo to the present. The Xbox uses A, B, X, and Y, but inverts the letter positions. The PlayStation uses symbols. Even the Switch has four buttons. Not only that, but the shoulder buttons were a precursor to modern triggers and bumpers. Look at the PlayStation and Xbox controllers, and once again you’ll see the influence of the SNES controller. To this day, the Super Nintendo continues to shape how we play our games. 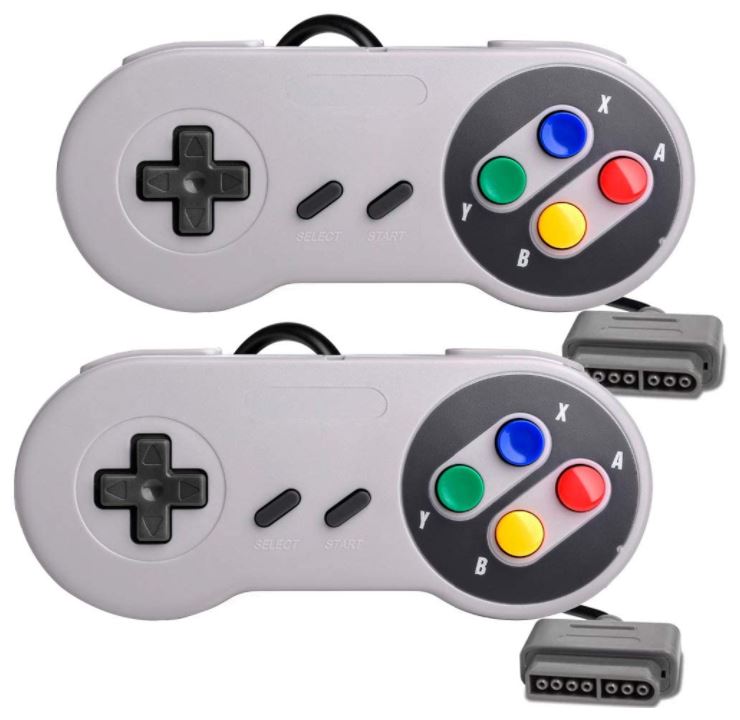 If you’ve played a Super Nintendo before, the design of the Rojuna SNES Controller Gamepad will already be familiar. It’s the same form factor you already know and love! If you’re new to retro gaming and just bought an old SNES console, here are the basics. The controller is a bit simpler than you’d see on a modern console. It’s thinner and narrower, better designed for smaller hands. The housing is a smooth grey plastic, with a flat back rather than a molded one.

To the left, there’s a black D-pad, which has a truly cross-shaped design. This is not a modern circular, 8-way D-pad. In the center of the controller, you’ll find the Start and Select buttons, which are short, wide, and rubbery. These are similar in function to the menu buttons found on modern consoles. To the right, you’ll find the X, Y, A, and B buttons, which are blue, green, red, and yellow respectively. As on the original SNES controller, the A and B buttons are convex, and the X and Y buttons are concave. These buttons are surrounded by a dark grey circle that forms a contrast to the lighter grey housing. On the front of the controller, there are two shoulder buttons, similar to modern controller triggers. 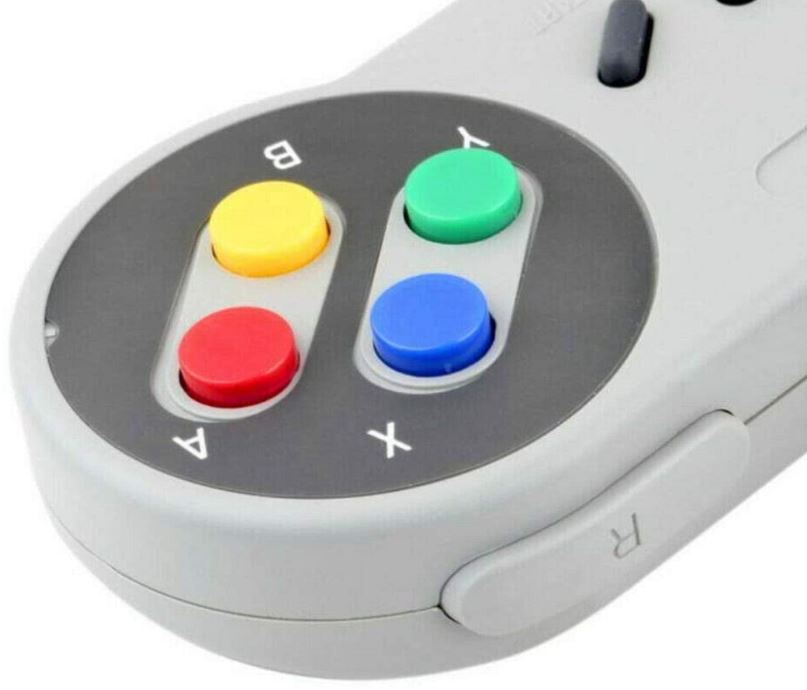 Eagle-eyed readers who are familiar with the original SNES may note some discrepancies. What’s up with the colorful face buttons? Wasn’t the original SNES a plainer, two-tone blue design? The answer is yes. However, the buttons are actually patterned after the Japanese Super Famicom system. This system was functionally identical to the SNES, much like the Famicom was identical to the NES. The only difference was that one was designed for PAL TVs, while the other was designed for NTSC. For their replacement controller, Rojuna opted to go with the more colorful Japanese design. We heartily approve.

The six-foot cord has a durable rubber sleeve, which protects it from getting damage. And while it’s not tangle-resistant, it’s fairly easy to untangle, which is always a plus. Now, a six-foot cable might seem short to modern gamers who are used to wireless controllers. But at the time it was released, six feet was in line with industry standards. Rojuna’s replacement cable is simply being faithful in its reproduction. 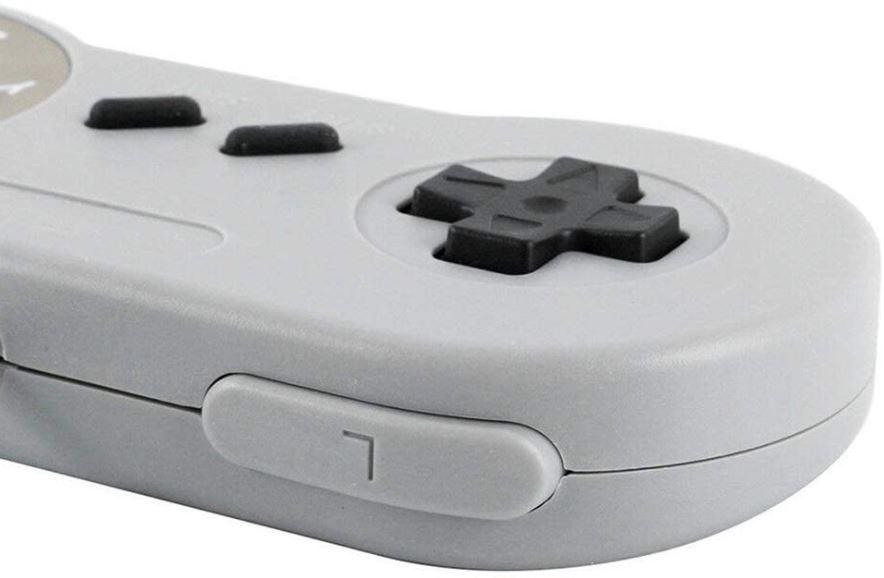 The cable terminates in an SNES controller connection. This means it’s ready to go into an SNES console right out of the box. You don’t need to use any adapters. That said, because it’s made for the original console, this controller isn’t terribly useful for emulators. If you’re using an emulator, you’ll want to use an NES or SNES USB emulator controller instead. 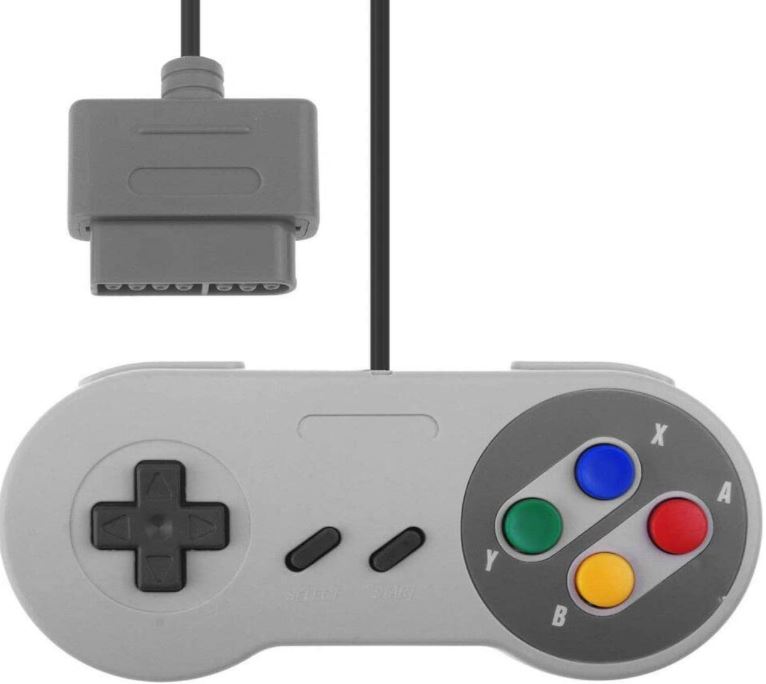 When it comes to performance, the Rojuna controller is once again on par with the original. If you liked the original SNES controller, you’ll be pleased. The buttons are nice and stiff, not soft like the buttons on some cheap replacement controllers. This gives you the authentic feeling you crave for enjoying mid-90s gaming. They also feel durable. We weren’t able to test this controller for thousands of hours, but we’re willing to bet it holds up. 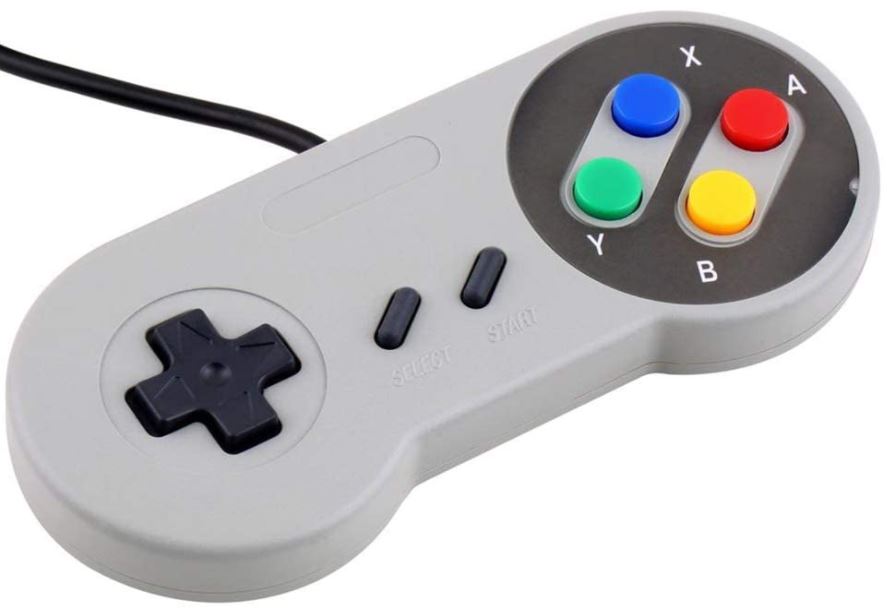 So, is the Rojuna SNES Controller Gamepad the best replacement on the market? Or are they just blowing hot air? To begin with, let’s give credit where credit is due. Rojuna absolutely nailed the look and feel of the original Super Nintendo controller. Put it in someone’s hands when they’re blindfolded, and they won’t even know the difference. And while the coloring is technically for the Japanese version, we prefer this particular pattern.

Our complaints were fairly minor. Yes, the six-foot cord can feel short for modern users. We’re not sitting on the floor in front of an old CRT. We’re trying to sit on the couch and play on a bigger screen. But a short cable is part and parcel of the original controller. And if you want an extension cable, there are plenty available. Similarly, the Rojuna gamepad is only compatible with the SNES console. But the same could be said for any console controller from the pre-wireless era.

The buttons are responsive, and they’re easy to operate. We really had no complaints here. Whether you want precision, or whether you’re hammering away on the B button, you’ll have no issues. Finally, the plug is well-engineered, and fits right into the original console. You won’t have to deal with any sizing issues. Before we end, we should also mention that this controller comes in a two-pack. If you want to play Street Fighter II with your friends, you’ll only have to place a single order. All in all, there’s a lot to like here, and very little to complain about. The Rojuna SNES Controller Gamepad might just be the best replacement SNES controller gamepad of all time.