For a couple of years, teddy bear cams were pretty popular. By now, there’s basically too much awareness they exist. But what about nanny cams hidden inside of a wall outlet? Well, that’s something else entirely. Because there are wall outlets anywhere and everywhere, which makes it wondrously easy to hide your camera.

Of course, designing a hidden camera comes with a number of unique challenges. Just like a spy pen, a lens isn’t allowed to be visible, that can force you to record with a smaller and more focused range of vision. When a recording device isn’t allowed to make sound, that’s another barrier that needs to be overcome.

So when picking a wall outlet pinhole spy camera, it helps to keep a couple of key elements in mind. Unless you’re James Bond, more than anything else, getting a great pinhole spy camera is mostly about mixing subtlety with ease of use. 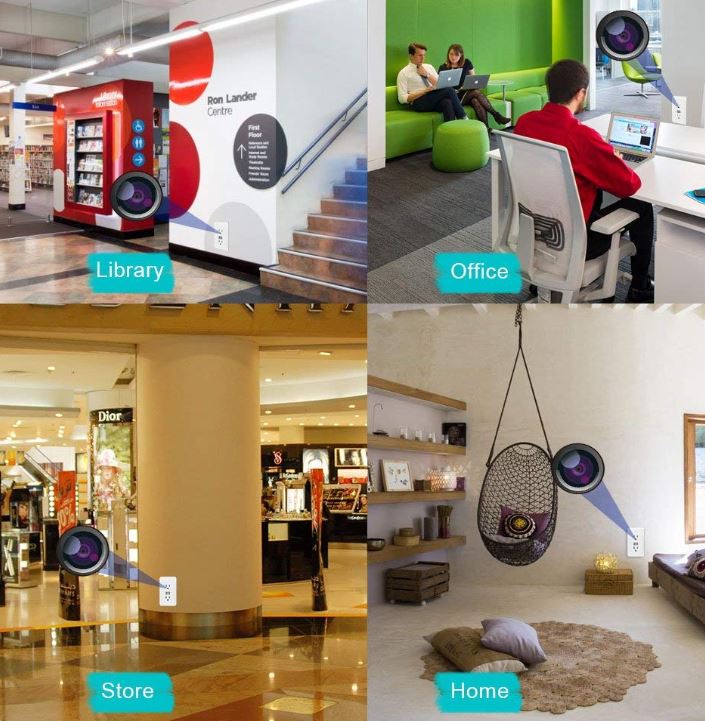 Whether or not you need your camera to have a lengthy standby time is totally dependent on your own unique circumstances. Someone who’s unwilling or unable to check-up on their camera every three days will need a device suitable to their unique needs.

Occasionally, pinhole spy cameras can involve some pretty complex installation options. Similar to the sort of thing you might see in a spy movie, where you wire bugs into the electrical system of a building itself. But fortunately, most people don’t have to deal with that kind of complex installation.

With a good wall outlet pinhole spy camera, you ought to be able to complete installation with no more than tape. Because even inside of an electrical outlet, your spy camera shouldn’t take up much space. Nor should it weigh that much, which means mounting these cameras can be very simple unless you go out of your way to find a truly advanced device.

Will someone be able to identify if your wall outlet pinhole spy camera isn’t actually a regular wall outlet? From a glance? What about if they get close and examine it? Making a camera subtle is about effectively blending in. Some of this is up to the user during installation, some of it is involved with the design of the device.

If all the wall sockets in your home are covered with cream colored faceplates, then a white socket will really stand out. Any decent pinhole spy camera will allow you to swap between different faceplates to better disguise your recording. 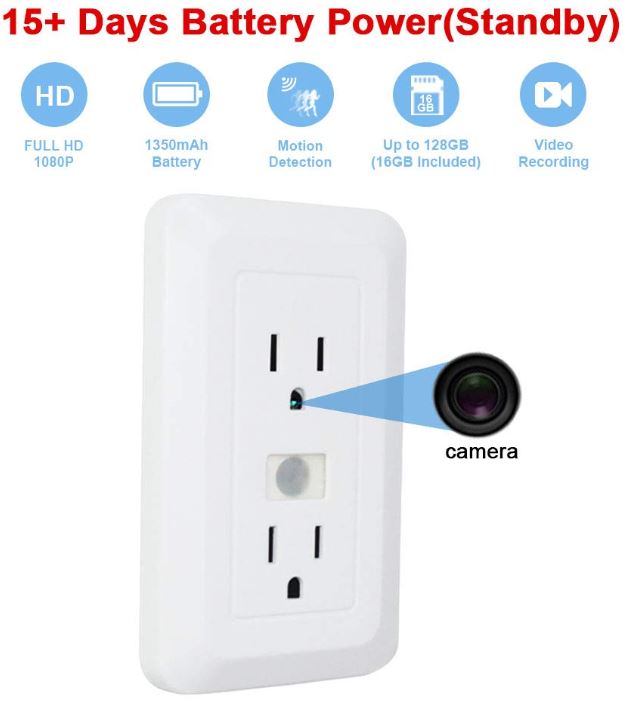 The FUVISION Spy Nanny Wireless Outlet Pinhole Camera is pretty devious. Though this looks like an electrical outlet, hidden inside is a camera that can record full HD video into an SD card, prepared for your later viewing. And like you’ll find from virtually all of these cameras, the viewing angle of the lens is about 65-degrees.

That’s a pretty narrow view, meaning the camera is really only looking at what you point it towards. It’s not able to capture a broad panoramic view of a big room because it’s hidden away inside of the outlet. But that shouldn’t be a problem once you’ve figured out the right placement. 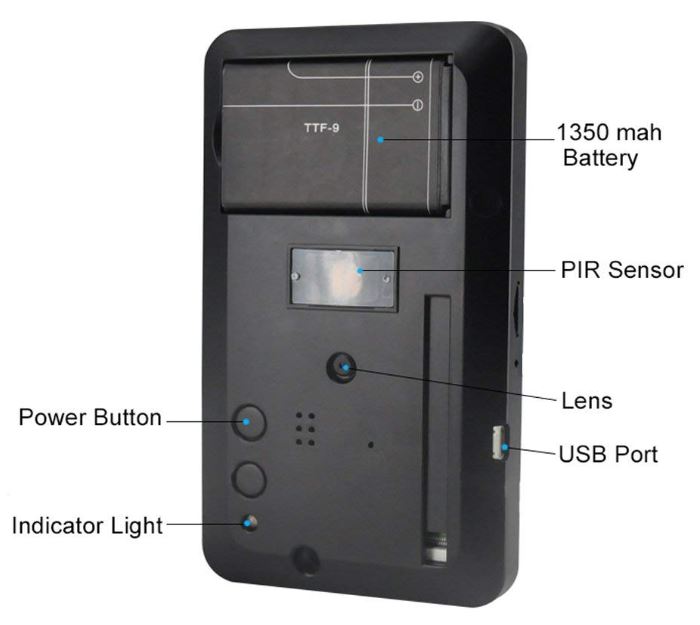 The FUVISION Spy Nanny Wireless Outlet Pinhole Camera measures 2.5 x 1.9 x 1.8 inches, and weighs about an ounce. Those dimensions are essentially identical to a standard household outlet, so as not to draw suspicion through obvious size differences. And the slim weight is essential to the installation of this kit. Most of its weight is actually the result of an onboard battery, a pretty formidable 1350mAh cell, which makes this device a little top-heavy.

Between the two electrical plugs, there’s a large square motion detector. That’s really the only thing that suggests this fixture might be anything besides an actual electrical outlet. If you pop-off the faceplate, there’s a slot where the camera’s battery can be removed, a power button, recording indicator light, and USB port. You can actually access the port while the device is glued to the wall, too. 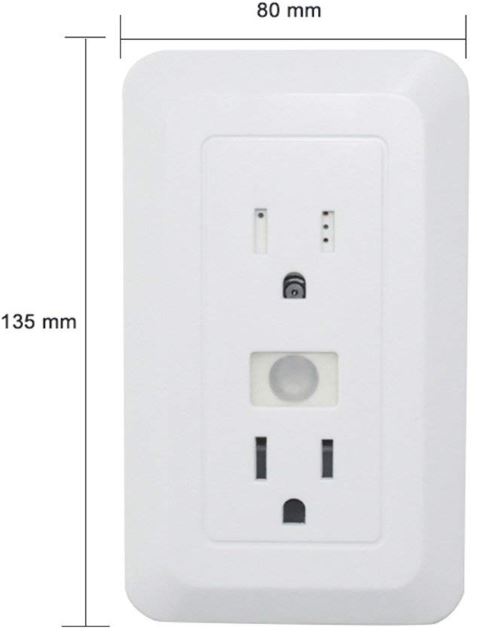 Even though the camera’s lens is basically the size of a pin, it can record content in full HD. Content is also shot at 25 frames per second, which is about the same as broadcast television. Pretty smooth motion capture, unless you’re trying to shoot anything that’s moving at a really high speed.

For storage, this device includes a 16GB SD card. But if you’re looking to expand, it can actually support up to 128GB. And the camera provides about 15 days’ worth of battery life when you place it into the motion activation mode. That means you don’t have to think about recharging the camera on a regular basis, but you can’t allow yourself to forget that the camera has a battery entirely. 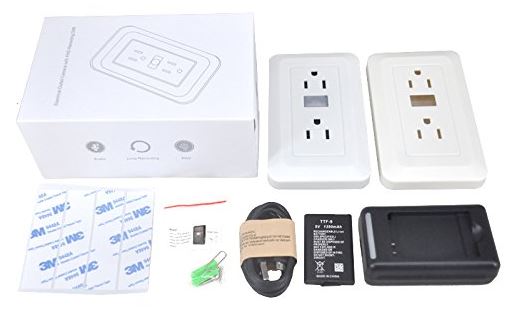 Installing an actual electrical socket doesn’t require a degree in engineering, but it’s still pretty hands-on. Thankfully, nothing that complex is required to use this camera. In fact, this security camera can be quickly installed almost anywhere with Stick-It Tape. Just get any good adhesive, and you’ll be able to shove this camera into the right place.

The only problem with this setup is almost too obvious to mention. These plugs do not actually provide power. If anyone tries to connect a device to these plugs, there’s a good chance they’ll discover it’s actually nothing but a strange box taped to the wall. If you’re interested in dressing up this decoy outlet, you could plug-in an adapter or cable.

In addition to the camera/outlet, this kit includes a 16GB micro SD card, battery charger, reset pin, and USB cable. It also includes a pair of two different face plates, two replacement rechargeable batteries, and four bits of mounting tape. Basically, that’s everything you need to get started recording.

The battery is capable of being recharged about a thousand times before you’ll need to replace it. And the camera includes a one-year warranty, along with lifetime support. 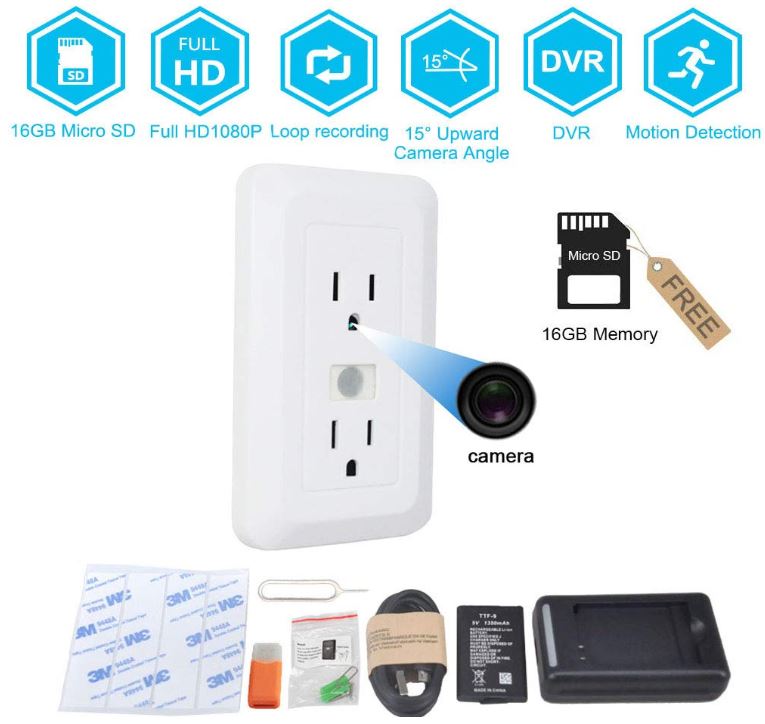 Like with the FUVISION Spy Nanny Cam, the BSTCAM Camera is not actually a real electronics socket. That means you don’t need to bother breaking into drywall for an installation. Even though it doesn’t require a detailed installation, it does provide you with a detailed level of control.

Once you hit the power button, this camera boots in about two seconds. The PIR motion detection function is even faster. When someone triggers the detector, the camera will start to record, and even send you an alert.

In addition to the ability to read your micro SD card, you can also view a live stream of your video feed. And because the video can be recorded through that live stream, it’s possible to capture content without having to worry about stolen SD cards. 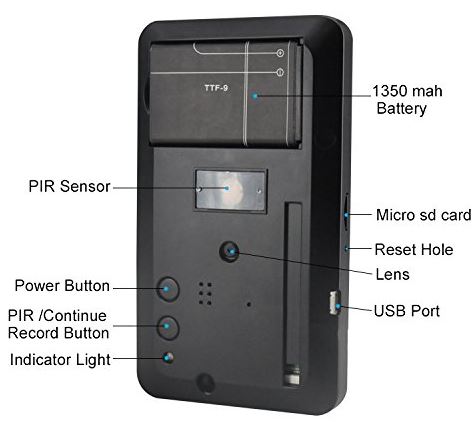 As with the FUVISION Spy Nanny Cam, this camera measures 2.5 x 1.9 x 1.8 inches. A pretty perfect match for typical wall outlets, it looks quite ordinary. Though sharing essentially the same dimensions, this camera feels slightly thinner than the FUVISION camera. Perhaps because these faceplates are slightly more angular.

Beneath the faceplate, you’ll find clear access to the battery, the PIR sensor, power button, and indicator light. Taking off the faceplate is also necessary for accessing the onboard micro USB port. The built-in Wi-Fi module can support the 2.4GHz band, but cannot support the 5G band. That isn’t going to be an obstacle for most people, but there are always rare exceptions.

It includes two separate rechargeable batteries. Both of them are 1350mAh lithium-ion cell batteries. However, each are capable of lasting through about sixty days of standby time. That’s about four times as long as FUVISION’s batteries are capable of going without intervention. 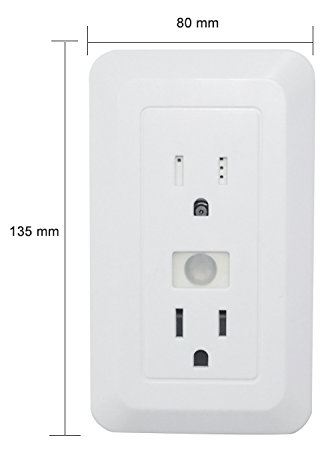 As with the FUVISION cam, the viewing angle of this lens is 65-degrees, pretty good for aiming a specific location. You’ll have to keep the angle of the lens in mind while doing your install. Thankfully, you don’t have to actually install the unit before checking whether it’s positioned properly. You can view the livestream during installation to help you ensure its placed where it can see best.

The livestream video runs at 720p, which is a little low by modern standards. But it’s perfectly adequate relative to the shallow angle of the lens. And it still delivers HD clarity, it’s really just the size of capture that’s limited. Likewise, the camera uses a pretty slick ¼” CMOS sensor, capable of reaching a total framerate of 15fps.

Now admittedly, 15fps is a little choppy. It looks more like you’re watching a webcam than you are watching a video. But the combination of 720p and slightly reduced frame rates is absolutely phenomenal for storage space. In fact, this device is capable of capturing video on a virtually indefinite basis. Compared to the FUVISION camera, and assuming both are given the same size SD card, you could easily store eight times as much footage with the BSTCAM. 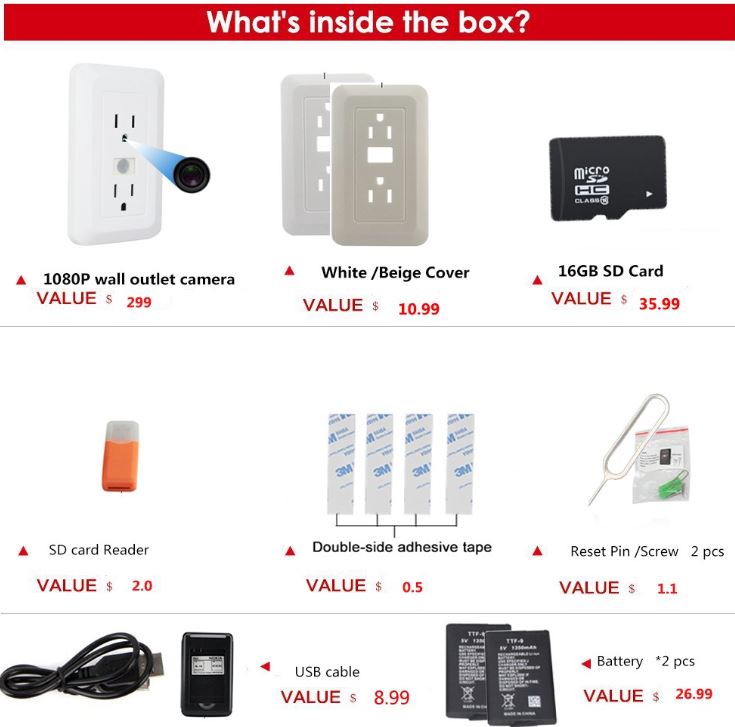 It’s pretty nice that you can swap out the rechargeable batteries. It’s also nice those batteries aren’t some kind of proprietary technology. Even though you won’t find replacements for these batteries at your local drugstore, they are actually reasonable easy to find online, and reasonably inexpensive as well.

So if you’re still using this camera in five years, and you need to replace your rechargeable batteries, that option is there. It also helps to have that option open, just in case you end up losing one of the batteries. However, there’s only one battery charger. You can’t charge both batteries at the same time.

Being able to choose between cream and white faceplates is a nice touch. But you can actually remove the faceplate entirely and use a different one, if necessary. For instance, if your home happens to have rather distinctive blue faceplates, you could attach one of those to this unit. That’s pretty neat.

This kit supports up to 64GB of storage space. Unfortunately, no SD card is actually included with this camera. What is included? A pair of face plates, (one white and one beige), also mounting tape, a reset pin, and battery charger. Basically, that’s all the essentials you need to get started.

What these cameras have in common is nearly as important as their differences. For instance, both provide a pair of swappable batteries. That makes each camera suitable for prolonged use, well into the future.

The BSTCAM Wall Outlet Spy Hidden Camera records content in 720p, and with a reduced framerate of 15fps. That allows this camera to record an enormous amount of footage without missing a beat. It can deliver easily eight times as much storage of the FUVISION Spy Nanny Cam. However, the BSTCAM does not include an SD card. If you’re willing to spring for an SD card, and you don’t need the smoothness of higher framerates, the BSTCAM Wall Outlet Spy Hidden Camera is a fantastic choice.

The FUVISION Spy Nanny Wireless Outlet Pinhole Camera shoots in full 1080p, and at a considerably higher framerate. Functionally speaking, these two cameras are basically the same. There is no question that 1080p content looks better than 720p content, and that 25fps looks smoother than 15fps. If you’re recording for security reasons, 15fps is typically passable. If you have other reasons in mind, 25fps is probably a little more appealing. For that, you really want the FUVISION Spy Nanny Cam.