During the annual NAB tech show, Japan’s own Canon announced they’re putting out two new professional-grade XA camcorders for the year – Their newest XA30 and XA35. These camcorders feature some of the latest video recording capabilities which should come as great news for most documentary producers or event shooters. Simply judging by their respective price tags, you can easily come to the conclusion these are aimed at professionals (for the most part), although enthusiasts shouldn’t face problems trying to make use of them the same. 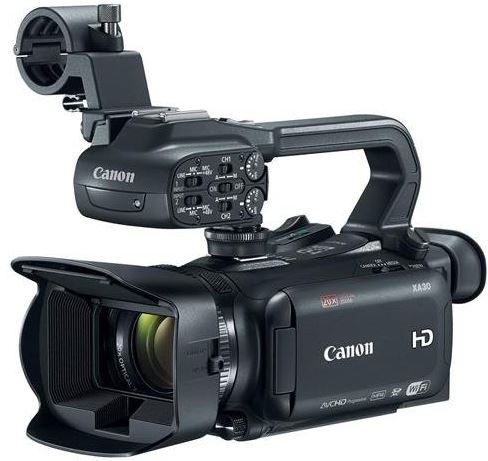 Both feature extremely professional looking but light-weight designs as well as Canon’s new HD CMOS (Pro) sensor, effectively improving your footage’s low light performance. The main downside with this release is that both cameras don’t feature 4K recording. This is something you should definitely think through carefully. 4K is an important addition at this day and age, as it’s slowly becoming the standard, but more than often cameras in this price range that do actually offer 4K resolution, are not really an improvement to what you’re getting with the XA30. We’ll cover the main features and upgrades in a way that you can compare it to other cameras you’re considering (including 4K ones) and easily make an informed decision.

The main improvement with the new Canon CMOS image sensor has everything to do with low light performance and providing you with better quality images. Often times professionals have a hard time adjusting their camera in a way that outputs images reflective of what they’re actually seeing. Not anymore. The XA30’s new sensor produces the type of images that reflect exactly what you can see in front of you with your own eyes. You can focus entirely on what you’re shooting instead of dwelling on image quality. If you’re leaving behind an older XA model, you’ll get a +3dB upgrade to your signal-to-noise ratio. This results in extremely clear pixels, even when you’re shooting in a poorly lit environments.

The minimum object distance on the lens is 23.6″ and it features an amazing zoom range of 35mm. Due to an improved 8 blade design, your images will generally come off as much more realistic and more natural looking, especially in combination with the new image sensor. It comes with the standard zoom ring that’s extremely easy to operate – it let’s you make use of the various sensitivity modes/adjustable directions. For instance, if you’re shooting video the zoom speed can change from constant to fast, slow or normal. This is an extremely flexible lens that offers virtually any adjustment you can think of.

True high definition being the most important feature, you’ll be glad to know that despite the lack of 4K resolution, the XA30 makes up for it by combining the ultimate amount of flexibility in video recording. You can adjust everything from recording modes/codecs (AVCHD, MP4) to frame/bit rates and shoot using multiple SD cards. The default frame rate is 24p and this is usually the best if you’re about to shoot a documentary/film. 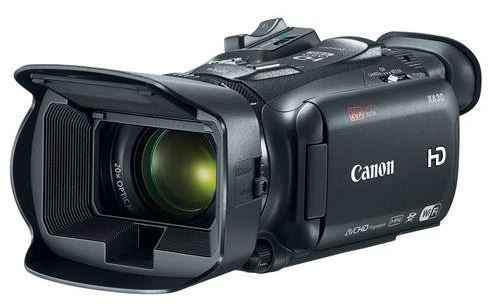 Speed Up/Slow Down Your Videos

You don’t have to wait for post production when you’re out in the field to either speed up or slow down your video since it’s available during playback – thanks to the XA30’s upgraded software. There are multiple modes that allow you to either slow down your footage (good for action movements) or speed it up (if say, you’re recording a time-lapse). On top of that, you can make use of the interval recording feature, effectively allowing you to create time-lapses on the spot – anything from 2 times to 1200 times the original motion speed of your footage.

If you work with a small office setup and you need to transfer files as soon as you get back to shooting, you’ll benefit from the XA30’s multiple connectivity options. Most notably, it’s Wi-Fi connectivity. It features built-in dual band Wi-Fi (to cover both 2.4 GHz and 5GHz connections) and you can even transfer your raw footage to any cloud based or private server using FTP.

Additionally, it can connect to any hotspot, your iOS phone, wireless enabled smart TV or computer, etc. You might want to utilize this while you’re out shooting because when you’re connected wirelessly you can control the camera that way (recording start/end, zooming, shutter speed, white balance, frame rate) via any simple mobile device. The app is free and easy to use. 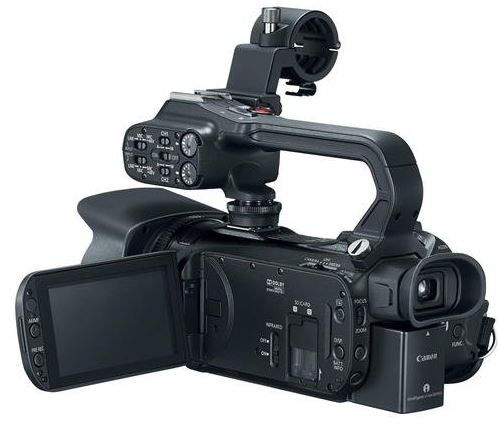 This is an exclusive feature reserved for more high-end Canon cameras like the EX30: It basically takes high brightness areas in your footage, compresses them and boosts your dynamic range by a few hundred percent. This is all done automatically, but the basic gist is it takes the bright areas, smooths them out, corrects the colors so they’re as close to realism, and corrects potential overexposure. This is one of those features that make it stand out among other expensive 4K cameras. It’s the point where you’ll have to decide between superior image quality or superior resolution.

This is yet another simple mode upgrade (located in your gamma settings) intended to add more of a HDR feel to the quality of your footage. The way it works is by ensuring you don’t lose detail within the mid to high range brightness because of compression. This feature is more-geared towards professional shooters since you have to display your final product at a high brightness setting (to truly experience the effect) and preferably using a high-res television. 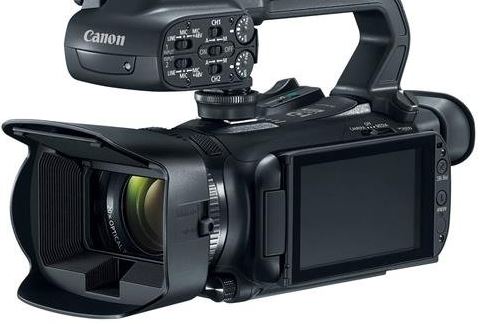 While you’re using features like “Highlight Priority”, you’ll notice there’s a “View Assist” located on the OLED panel or viewfinder that can help you work with the brightness and gamma settings. The idea behind it is to show you the footage with the exact brightness settings as you’re recording so you have more control over the final product as well as the ability to make it as natural looking as possible.

The main thing that will really stand out when you’re working with your XA30 Professional Camcorder is its new 3.5 OLED display. The viewing angle on this display is about as good as it gets, and even if you’re looking at it from an awkwardly extreme angle you’ll still have a decently pleasant experience.

In addition, the color viewfinder tilts up to 45 degrees in order to extend your position range for more demanding shots. There’s a small joystick-like feature located next to the viewfinder that you can make use of if you don’t like working with the touch panel. Altogether it feels very adjustable, especially from the perspective of a demanding professional. 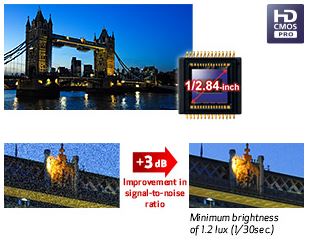 If you’re tired of running out of memory for your shots or having to switch between memory cards, you’ll be doing this far less with the XA30. The panels offer support for SD, SDXC and SDHC cards.

The footage is already stable enough, but you’ll still want to experiment with the new optical image stabilization feature to reduce blur in situations where you can’t rely on stabilization hardware. Additionally, there’s an “Intelligent Image Stabilization” mode which automatically picks the type of stabilization you need for your footage.

Should I Just Go For The XA35?

This is a tough one considering both have similar baseline features and you’re not exactly downgrading by choosing to opt for the XA30, even if you have the money to splurge out on the more expensive option. Both of these feature new Canon technology like an increased dynamic range, highlight priority, etc, making them ideal for shooting anything from TV documentaries to news and weddings. The main difference is the XA35 features HD-SDI and if you feel like you could make use of that feature then it should be worth the extra bit of money.

However, the most important core features are already present on both models: They come with HDMI outputs you can use for monitoring, 1,560,000 dot electronic viewfinders and detailed 3.5″ OLED touch panels.

The Canon XA30 is a professional grade, compact camera that you can make use of on numerous occasions – It’s an excellent choice for individuals ranging from student filmmakers to professional news crews. Altogether it’s a top-to-bottom upgrade if you’re coming from previous Canon models and it produces natural looking footage with the highest level of customization options.