Who wants to keep up with the Jonses when you could be miles ahead?

Of course, impressing other people may not be the best or most mature reason to buy electronics, but we all have to admit it’s just plain fun to get a new gadget that makes people say, “Wow!”

So, while your friends, family, and neighbors may compare their 50, 60, or even 70-inch LCD TVs, you’ll definitely cause some jaws to drop if you show off a premium quality projector with a 300-inch image.

While LCD TVs have adopted 4K even into lower budget models, the projector market hasn’t quite arrived yet. Since large screen TVs have relatively large pixels even at 4K resolution, the manufacturing process, while far from simple, presents fewer challenges than a projector. On a projector, the many millions of pixels still need to fit in a comparatively small box regardless of final image size.

Although true 4K projectors do exist, at the present time they’re still considerably high-end. For those of us who crave the cinematic experience of a big screen without exorbitant amounts of money to burn, manufacturers have developed a number of creative solutions to squeeze extra quality out of fewer pixels. 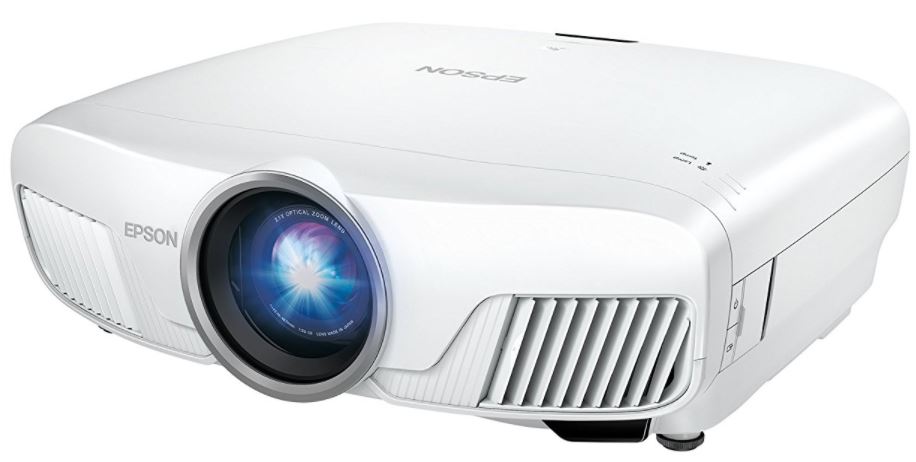 The Home Cinema 4000 has an all-white exterior with vents on the front and a black lens ring. It’s a very clean, minimalist design, although we can’t help but think of Star Wars’ Stormtroopers when we look at it.

We also need to mention up front that this isn’t a tiny desktop or portable projector. Measuring 20.5 x 17.7 x 7.6 inches and weighing a hefty 24.3 pounds, the Home Cinema 4000 isn’t the correct choice if you want a projector to toss in a bag to bring to a business meeting. In fact, even if you want to permanently mount it, you’ll need to consider the weight as a number of smaller mounts may not support this much. 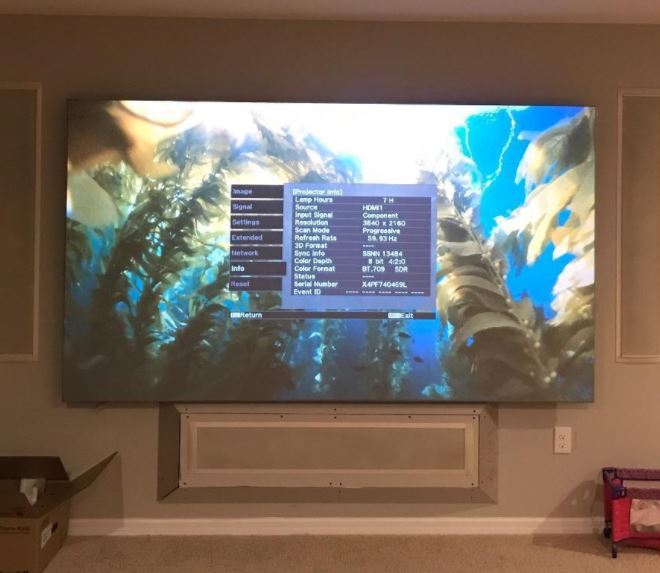 Epson included a lens with powered focus, zoom, position, and a powered slide shutter. This comes in quite handy if you choose to ceiling mount the projector or position it out of reach. The lens shift allows for plus or minus 96% vertical and 47% horizontal adjustment. The 2.1x zoom lens allows for a throw ratio between 1.35 and 2.84 for a recommended screen size between 50 and 300 inches.

The 2,200-lumen lamp carries a life estimate ranging from 5,000 hours in ECO Mode to 3,500 hours in High mode with a corresponding power draw between 283 Watts and 373 Watts. While this lifespan may line up with other similar projectors, it doesn’t come close to the lifespan of LED or newer laser projectors which claim 20,000 hours. Though laser projectors cost more up front, make sure to consider the cost of multiple replacement lamps when you choose a projector like the Home Cinema 4000 with a traditional lamp.

Typically, when discussing video resolution, we don’t need to do much more than briefly mention the number of pixels a device supports. Unfortunately, Epson has chosen to commit a troubling but all too common technology foul. 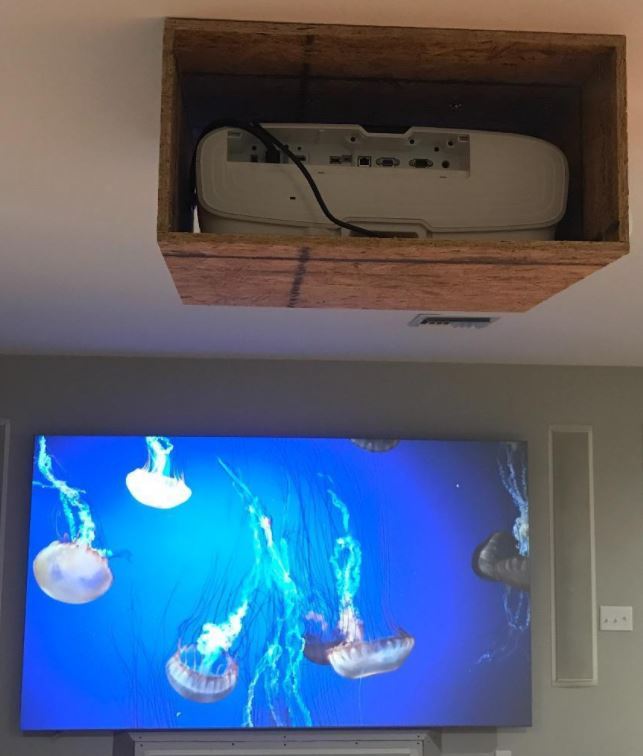 All manufacturers know the power of a good marketing buzzword. While computers, stereos, TVs, and other electronics all have a vast array of specifications that determine their quality, the average consumer understands very few of these metrics. As a result, we commonly see products prominently advertising the “hot new feature,” even if they have to stretch reality a bit to get there.

Epson’s title for this projector on the product page is the “Home Cinema 4000 3 LCD Projector with 4K Enhancement and HDR.” While savvy shoppers may scratch their heads and question what exactly “4K Enhancement” means, many will just see “4K” and assume it has the full 4K pixel count.

The reality is slightly less impressive. The Home Cinema 4000 has 1920 x 1080 pixels. This represents standard Full HD. However, Epson gets a bit clever with the use of “pixel shifting.” Essentially, they use advanced processing to analyze HD or 4K sources, project a 1080p image, then quickly shift the image by half a pixel width diagonally. This happens so quickly that your eyes can’t detect the shift and the resultant image effectively contains twice the information of 1080p.

Now, there’s nothing inherently wrong with this decision. Twice the resolution is better than just standard HD, and the ability to upconvert HD content can add some impressive extra quality into your 1080p source. Unfortunately, true 4K content features four times the pixels of standard HD.

While we appreciate Epson’s efforts to enhance the picture, we do feel they should deliver the marketing message in a clearer way. Currently, they get to use the momentum of the “4K” buzzword to their advantage while only delivering about half the resolution. 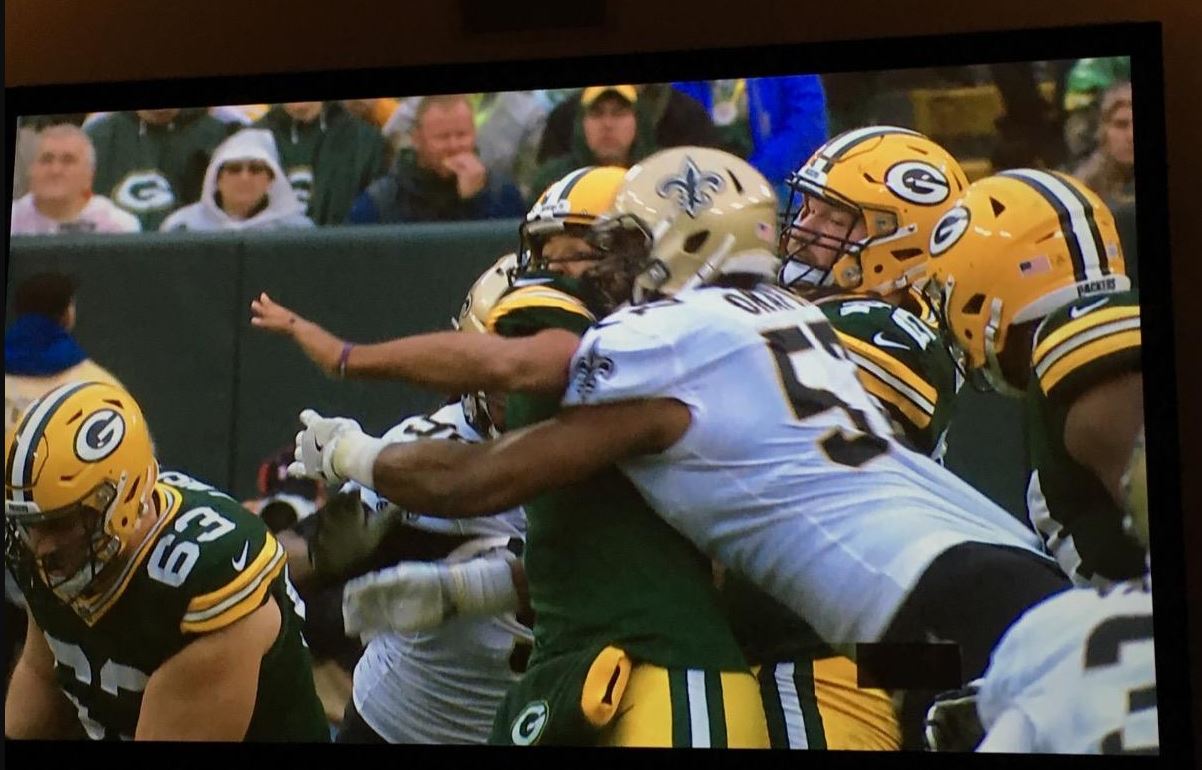 Aside from some lack of clarity about the pixel count, Epson has included a number of other features to enhance the quality of the picture. In fact, while pixel count deservedly gets a lot of the attention, your impression of video quality often has a lot more to do with other factors like color and contrast.

Color depth is an often-misunderstood metric. 8-bit vs. 10-bit doesn’t sound like a big change. Essentially, 8-bits in binary computer language means 256 possible settings. Since video pixels consist of a red, green, and blue sub-pixel, each with 256 distinct settings, a screen that supported full 8-bit color could theoretically create 16,777,216 different colors, or 256 x 256 x 256. The “small” leap to 10-bit means increasing each sub-pixel from 256 shades to 1,024 for a total of over 1 billion colors. 12-bit color skyrockets to over 68 billion theoretical colors.

Increased color depth creates a more rich, lifelike picture. While Blu-Ray only supports 8-bit color, 4K specifications allow for 10-bit and beyond. Epson, by adding 10-bit and partial 12-bit support, indicate that the Home Cinema 4000 will support the improved color depth made possible with newer 4K content even if it can’t display all the pixels. 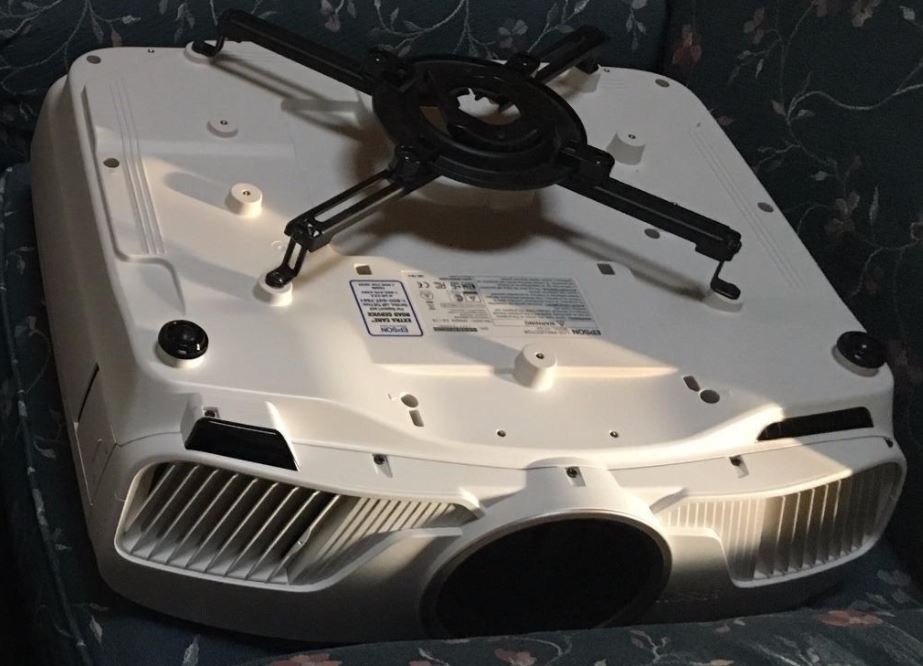 Another prominent feature, Epson’s 3 LCD 3-chip technology prevents some problems that DLP projectors can exhibit. DLP uses pivoting mirrors that direct light through a spinning color wheel. While an impressive piece of technology, this color wheel can cause a “rainbow effect” where the bands of color can become distractingly visible, particularly in fast action scenes. By using three separate color LCDs, Epson avoids the use of a color wheel.

While we’ve covered a lot of the underlying technological advantages and disadvantages, the real test comes down to simply watching video.

The Home Cinema 4000 creates a spectacular picture. Despite lacking true 4K, we found the images stunningly clear and detailed with impressive color depth and realism. Unless you’re sitting extremely close to the screen and viewing side by side with something truly 4k, we’d challenge anyone to identify a deficiency in the resolution. We were a bit concerned about the pixel shifting but it was completely unnoticeable. 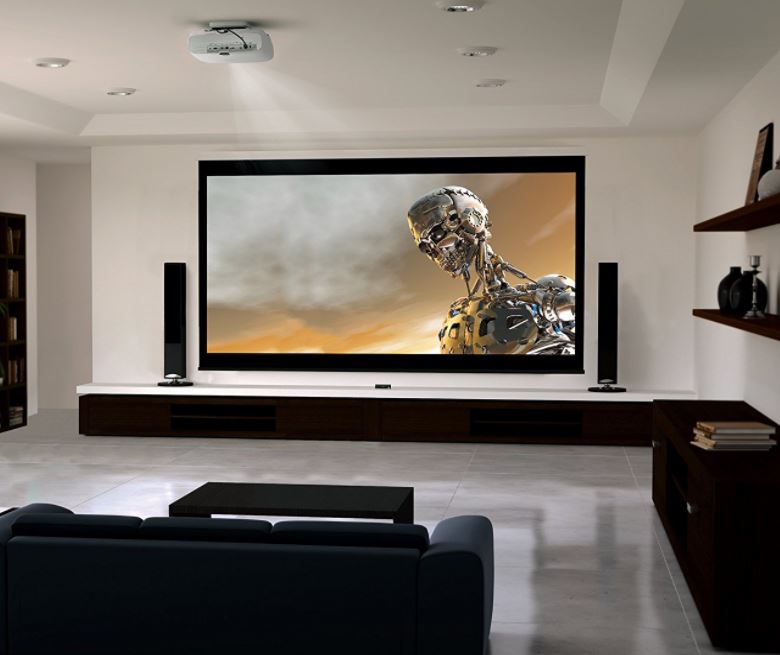 We found the picture bright enough to use in a room with ambient light, although your image quality with a projector will always improve in a darker room.

Watching action movies with fast motion brought none of the distracting “rainbows” of DLP projectors we’ve tested in the past, and even 3D video looked good when we threw on our glasses, not included.

One item worth noting is that although the Home Cinema 4000 supports HDR with 4K, it can only do this at 30 frames per second. While this isn’t an issue for movies, it may factor in if you plan to connect a modern video gaming system.

Standard 1080p content did seem noticeably, albeit slightly, improved via the upscaling. Ultimately, though using “4K” in the marketing is a bit suspect, we found next to nothing wrong with the Home Cinema 4000. Though one customer review chided the like of an internal speaker, we can’t fathom viewing an image of this quality while listening through a tinny, built-in speaker. This isn’t a portable projector designed for maximum convenience, but it’s one we’d be thrilled to have installed at home.

The Epson Home Cinema 4000 Projector represents a fantastic compromise for the home theater enthusiast without an infinite budget.

While features like true 4K or laser lighting may deliver superior quality, reality for most of us dictates that we can’t always purchase the best of the best. The right decision often involves making smart compromises.

In the case of the Home Cinema 4000, we think Epson made some incredibly smart compromises. While projectors with true 4K currently cost 3 to 5 times more, Epson’s pixel shifting delivers better than HD quality without completely breaking the bank.

For most people sitting many feet away from a projector screen, the difference in pixel count won’t even register while the improved color and contrast depth can improve your viewing experience from any distance. Epson’s choice to focus on picture quality over pixel count definitely shows.

Epson developed and patented 3LCD technology although they do license it to other manufacturers. While competing technologies like DLP have some advantages, particularly with size and contrast ratio, 3LCD projectors can have higher color brightness, support more color gradations, and avoid DLP’s bothersome “rainbow” effect.

We would only advise against this projector if you feel true 4K resolution is a non-negotiable feature. For most of us, quality is quality regardless of the specifications.

If you’re looking for a projector to improve upon standard 1080p content, the Epson Home Cinema 4000 produces a spectacular picture at a reasonable price.