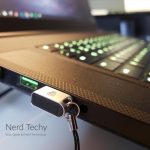 These days, you can’t be too careful about your digital security. Yes, you’ve set a secure password on your computer. You may even have enabled two-factor authentication on your online accounts. For the average person, that’s good enough. Hackers can circumvent both of those methods of security, but it’s difficult and time consuming. It’s just not worth their while unless they’re targeting a specific person.

But what if you need a little more security? After all, if someone is determined enough, they can get around two-factor authentication. An even better option is to use a biometric lock. This method uses your fingerprints, which are a lot harder to steal than a password or even a phone number. But that doesn’t mean all biometric locks are created equal. Some are less accurate than others. Some are too sensitive and won’t work when you need them to. One way to find a reliable choice is to go with a reliable manufacturer. Kensington is one such manufacturer. They’re known for a variety of office accessories, such as trackball mice.

Now, we’re about to review the Kensington VeriMark Guard USB-C Fingerprint Key. This is a small fob that’s designed to allow easy, secure fingerprint access to your computer and apps. We looked at every aspect of the design, from the physical construction to the compatibility. We also looked at the sensitivity, since this is obviously a major factor. 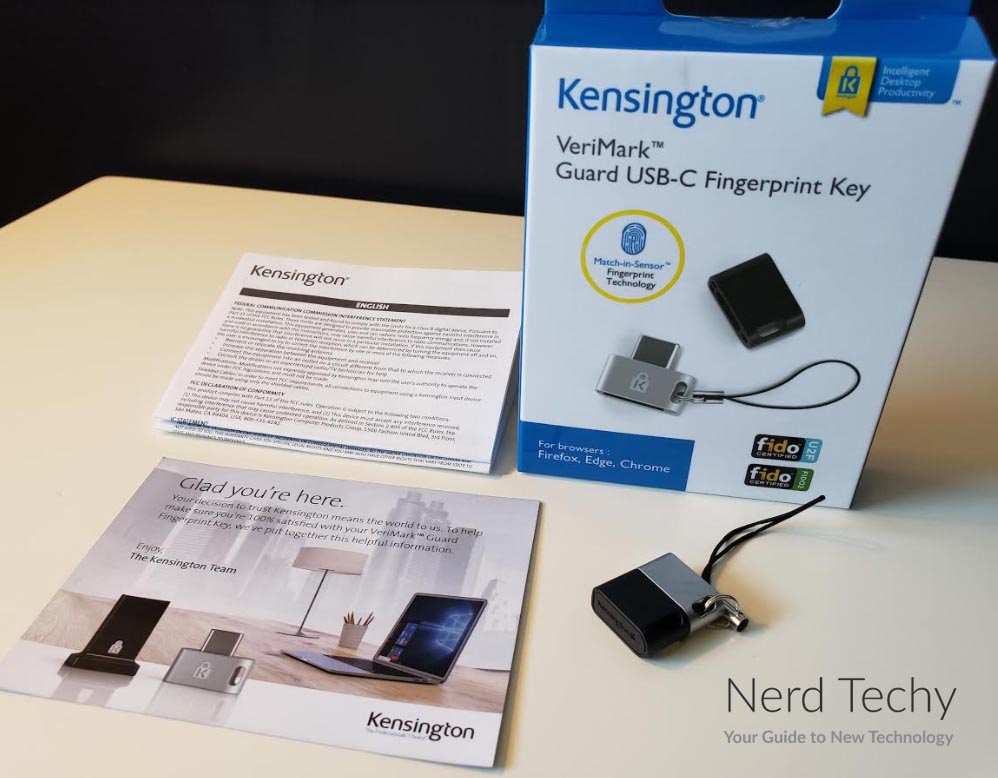 What to Look For in a Good Fingerprint Key

Before we go any further, it’s a good idea to understand what makes a good fingerprint key. A good fingerprint key or biometric lock will keep you very safe. On the other hand, a poorly-made one will just leave you vulnerable to theft or fraud. After all, if you use shoddy biometric locks, you’re just getting a false sense of security. By understanding the different features available, you’ll have a better understanding of what you’re looking at. Here are some desirable features you should keep an eye out for.

Accuracy is generally measured in one of two ways. One way is to use dots per inch (DPI), which is a common measure for photos and printers. If your manufacturer is specifying their technology in DPI, look for at least 250. This will give you the resolution you need for an accurate readout. Another metric is to measure the false acceptance rate (FAR). This is the measure of how often the lock will open if presented with the wrong fingerprint. FAR is often paired with false reject rate (FRR), which is the measure of how often the correct fingerprint is rejected. By combining these numbers, you get a decent measurement of how effective a fingerprint key is.

We should point out that fingerprint scanners aren’t the only option. Some modern biometric scanners measure your pulse, your pupil dilation, or the capillaries in your retinas. Therefore, a fingerprint scanner is just one way to protect your hardware or your accounts. That said, fingerprint readers are generally the easiest method to use. As a result, they’re the preferred method of biometric security for most purposes. That’s why most modern smartphones use a fingerprint reader for unlocking the phone! 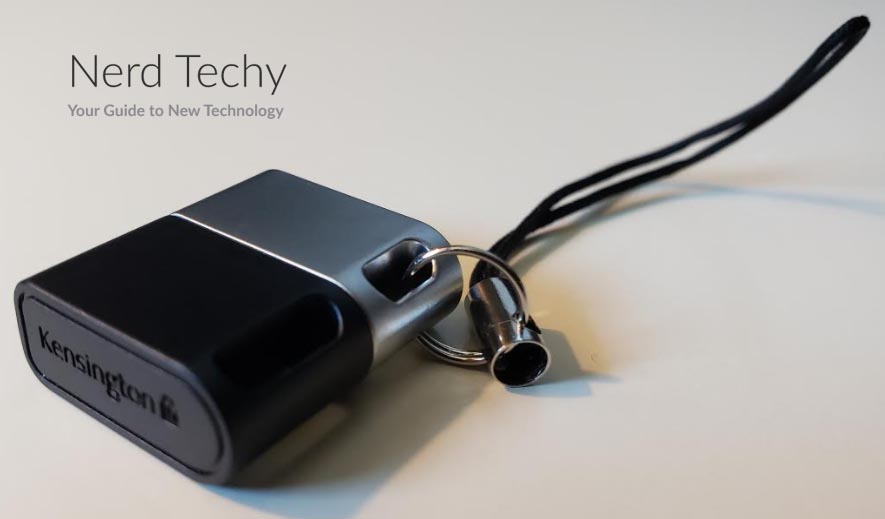 Before you buy a fingerprint key, it’s critical to make sure that it’s compatible with your computer and software. Suppose you own a Mac and you buy a scanner that only works with Windows. You might not be completely out of luck, but you’ll be stuck dealing with a returns process. And after all that, you’ll still have to find yourself a new security key. Moreover, even Windows or Mac-compatible keys aren’t all compatible with all versions of Windows or MacOS. Pay attention to what versions of your operating system the key supports. Otherwise, you’ll end up having to buy another one. 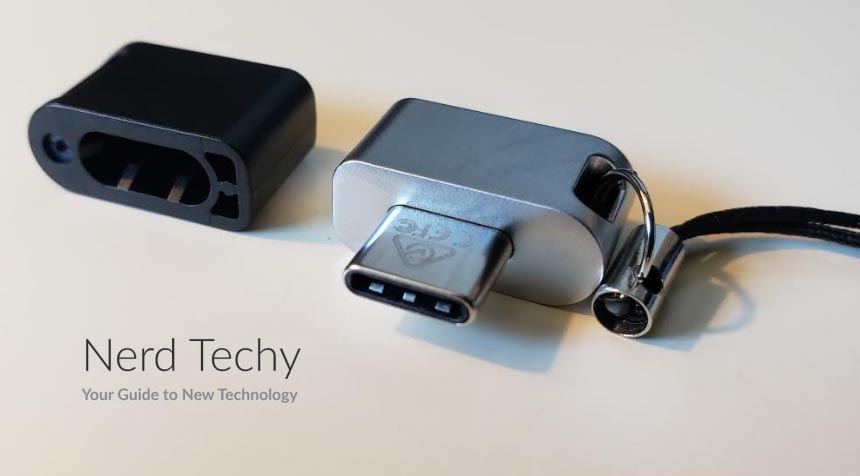 If you’re thinking about a USB fob or similar device, durability may not immediately come to mind. You’re probably thinking about software features, compatibility, and so on. But don’t forget about the physical construction of the unit. You’re going to be carrying it around and handling it on an everyday basis. Do you want it to break a week or a month after you buy it? Or do you want a fingerprint key that lasts? Make sure the actual physical design lives up to what you need it to do. 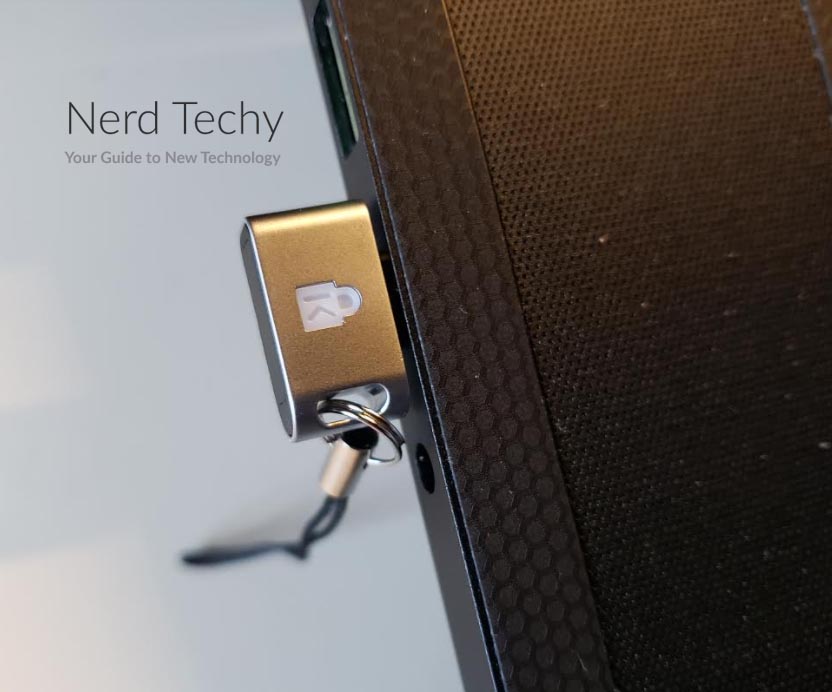 As we mentioned, a fingerprint reader is more secure than a password or even two-factor authentication. A hacker can steal your password. A dedicated hacker can spoof your cell phone. Surely your fingerprints are safe, right? Unfortunately, as we’ve learned from James Bond movies, it’s possible to collect fingerprints on tape. So, could somebody steal your drinking glass, lift a fingerprint, and access your email account?

It depends on the technology involved. Scanners are basically a computer algorithm looking for patterns. If the patterns are similar enough, it’s possible that the key could unlock. Modern fingerprint keys include anti-spoofing software to avoid this kind of thing. They look for blurriness, blank spots, and other telltale features of a phony fingerprint. If you want to know how effective they are, look at the key’s FAR and FRR. 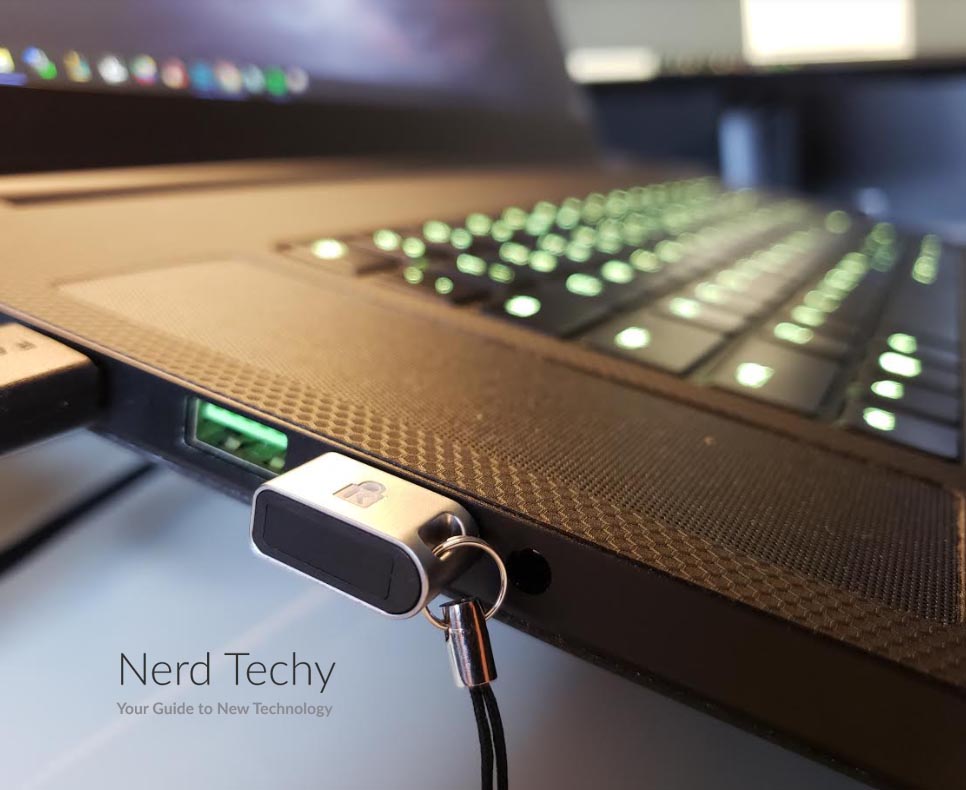 None of this is to say that the VeriMark Guard is perfect. Maybe you’re looking for a different set of features. In that case, don’t sweat it. We’ve reviewed several fingerprint readers that can meet a wide variety of needs.

The Kensington VeriMark Guard is an exceptionally compact fob that’s designed for easy carrying. It’s smaller than the head of a key, and it weighs only 1.28 ounces. This makes it easy to carry anywhere you like. Its shell is constructed from aluminum, so it’s sturdier than many fobs. You can drop it on the ground or bang it into a wall, and it’s not going to immediately fail.

The design itself is wide and flat, with the lanyard hole in one side. It’s silver in color, so it’s attractive to look at and easy to spot in a pile of parts. On the front, you’ll see a USB Type-C plug. This allows it to plug into any PC or smartphone that supports USB Type-C. There’s also a plastic cover that protects the plug when it’s not in use. 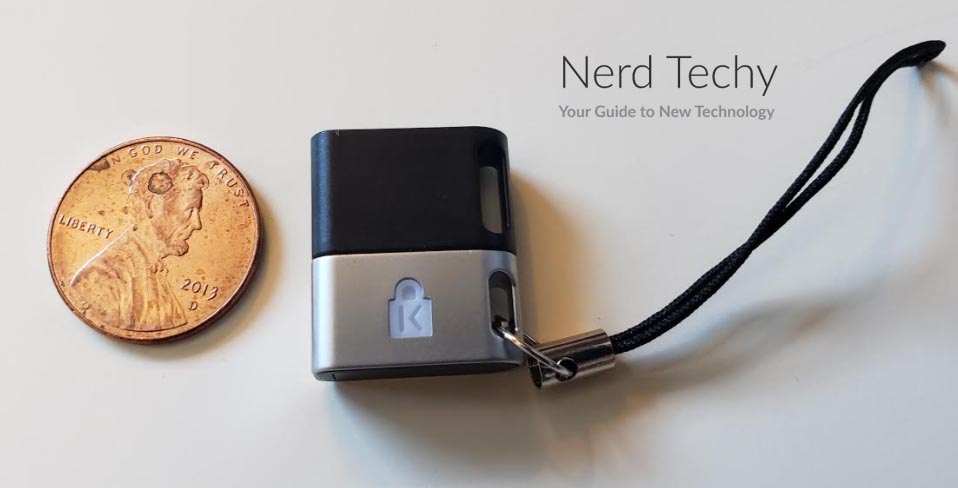 The Kensington VeriMark Guard is compatible with most modern operating systems. It supports use on Windows machines, MacOS machines, and iOS smartphones. It also supports Chromebooks, but not Android smartphones. Even so, it can be used to secure and unlock the vast majority of machines. Not only that, but it supports most browsers as well. The VeriMark Guard is compatible with the Chrome, Edge, Firefox, and Safari browsers right out of the box. It’s plug and play, so you don’t have to follow any complex setup procedures to get it working.

Not only that, but the VeriMark Guard supports a variety of authentication methods. You can tap the sensor, or it can require multi-factor authentication instead. In this mode, you’ll have to scan two fingers in sequence to unlock the sensor.

The VeriMark Guard is surprisingly easy to use. It offers 360-degree readability, which might sound like confusing jargon to some people. What that means is that it can read any side of your finger. This means that it doesn’t need a perfect touch to unlock. If you accidentally side-finger it, that’s okay. Not only that, but it supports up to 10 fingerprints. This means you can save all your fingers for even easier use. As a downside, if you want to allow access to more than one person, you need to start dropping fingers. When you get to 10 people, it will only open for one finger apiece. If you need to allow access for multiple users, you might want a different fingerprint key.

With that being said, the sensitivity and anti-spoofing technology are quite good. The FRR is only 2 percent, so you’ll only have to “try again” every one in 50 times. The FAR is only 0.001 percent, which is exceptionally low. An intruder has better odds of winning the lottery than they do of unlocking your computer or browser. 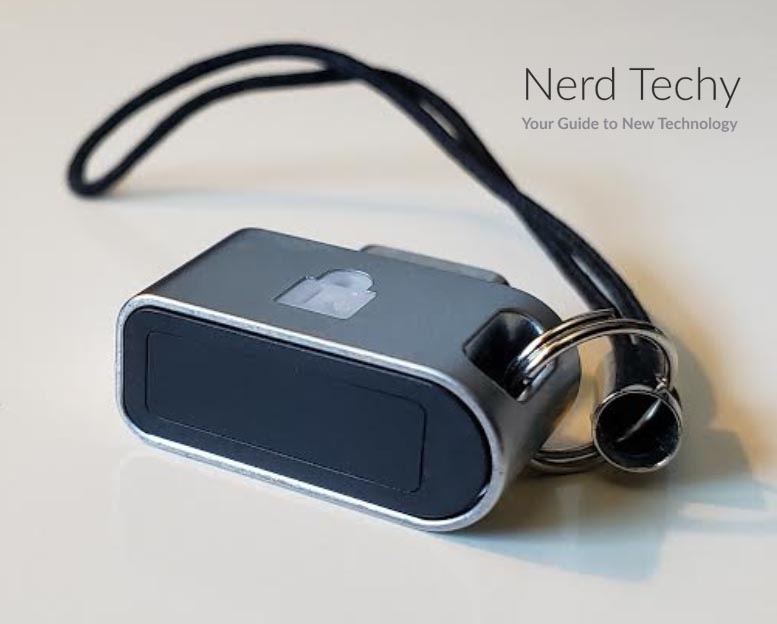 At the end of the day, the Kensington VeriMark Guard is one of the better fingerprint keys we’ve seen. To begin with, it just works. With a low FAR and FRR, you don’t have to worry about security or ease of access. Our only significant complaint is that it only supports 10 fingerprints.

Other than that, it’s a top performer. Not only is it very sensitive, but it’s compatible with most operating systems. If you’re switching between your computer and your smartphone, you won’t need a different fingerprint key. Besides which, it’s well designed. If you’re carrying it solo, it’s liable to get lost. But with the hole for a lanyard or key ring, that isn’t a major concern.