When you’re traveling across borders, staying connected can be difficult. Because different nations make use of different types of networking infrastructure. Figuring out national standards and preparing for them can be pretty tedious, especially if you’re moving from one region to the next. For instance, suppose you’re traveling in Europe.

You could quite easily cross three national borders over the course of a day. Preparing for connectivity in each of those areas can be pretty tedious. Even if you know exactly what to do, you’ll find yourself swapping between small SIM cards, and hoping you don’t accidentally misplace one. Or worse, placing yourself at the mercy of public Wi-Fi connections.

It’s easy to understand why you might want to avoid all of that. SIM cards are tedious to install and terribly easy to misplace, even when you’ve managed to gather a bunch of them together. And that’s basically why the KiMiFi hotspot was put together. True to its name, this device is basically a wireless hotspot that you can carry in your hands. It’s not exactly the same as having a handheld router – but it’s pretty close. 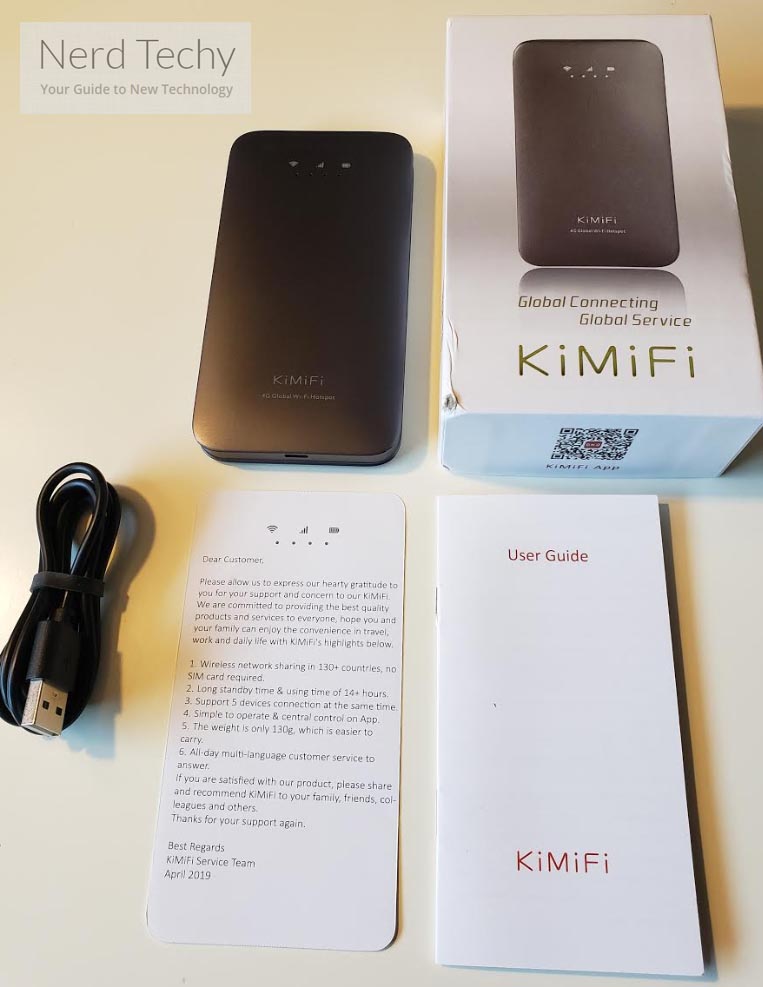 The KiMiFi Mobile Hotspot was made to ensure you can get a connection while inside more than one hundred different countries. But what kind of connection? How stable is it? How many devices can you put on the network? How portable is the unit itself? There are about a thousand different things that need to be answered before you can really evaluate how accurately this sort of device will meet your needs.

For starters, you’ll find the Hotspot itself measures roughly 4.9 x 2.5 x 0.5 inches, and it weighs about one third of a pound. That makes it slightly smaller than the average smartphone, but still very close in physical form. The standard unit is made with a minimalist gray design, though this hotspot is also available in sky blue. Having a more colorful option is nice considering the mobile nature of this device, style could be a concern for some people. 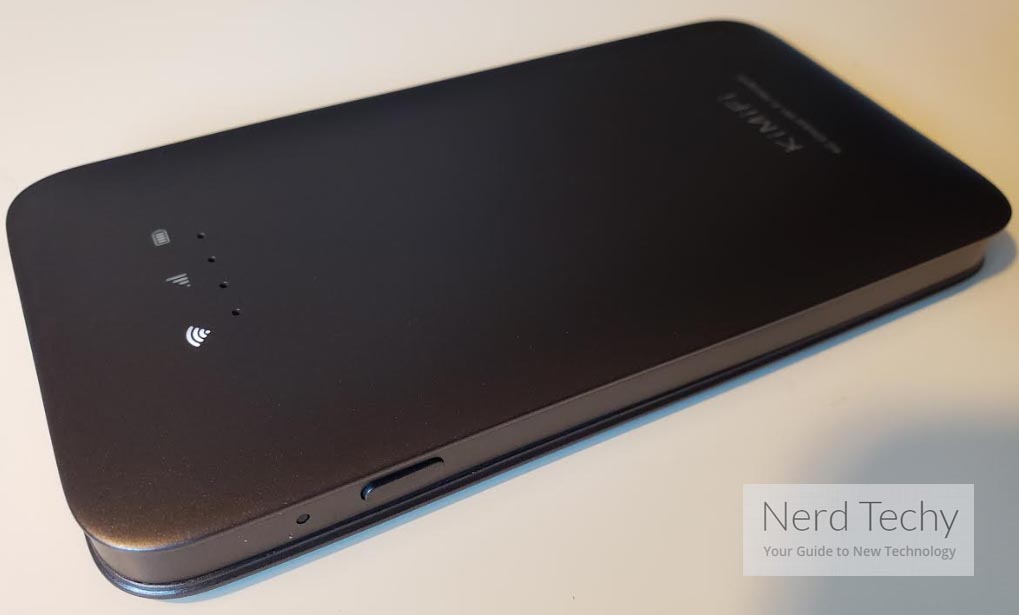 As a networking device, the hardware is nothing to laugh at. At the center of the design you’ll find this hotspot boasts a quad core ARM Cortex A7 processor, sporting a clock time of 1.3GHz. That compares favorably with many of mid-range wired home routers. It’s also reflective of this hotspot’s ability to accommodate more than one or two connections across its framework.

One big way in which this device does not resemble a smartphone is the total lack of a screen, and the general absence of anything resembling an actual user interface. There’s a micro USB port and a DC power port, and that’s about it. If you want to get your hands on control over this 4G Mobile Hotspot, you’ll need to start using the KiMiFi mobile app.

The KiMiFi is supposed to be a handheld network solution. How well does it get the job done? It adopts the CloudSIM datacenters and support with AWS, which is Amazon’s cloud platform. The result is a stable signal that remains stable basically anytime you’re in a part of the country that’s covered with a wireless connection. KiMiFi developed their support around the 3 most popular service providers in any given country that you might visit. All without requiring to you use a SIM card. 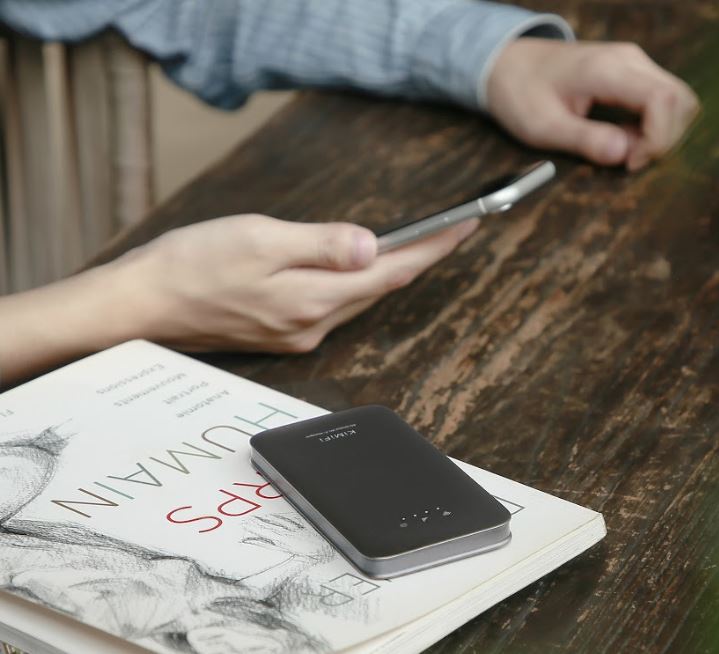 Not every nation is supported, but the KiMiFi has support for more than 135 of them. If you’re off the beaten path of national travel, and you’re visiting a country that most Americans would be unable to locate on a map, then you might have to look into coverage. But provided you’re not traveling to some remote island, you ought to find the KiMiFi Hotspot is designed to support local wireless infrastructures.

Because it uses a CloudSIM that lets you access any nearby global network service area. It’s basically like having 135 SIM cards packed into one device. Moreover, CloudSIM supports 4G. And along with 21 band support, you’ve got quite a bit of coverage at your fingertips. In fact, there are a total of 22 global data centers and 6 AWS around the globe, so connectivity is quite good worldwide. Because the KiMiFi is utilizing the infrastructure of larger brands like Amazon, they’re able to get a lot more done than you might otherwise expect. 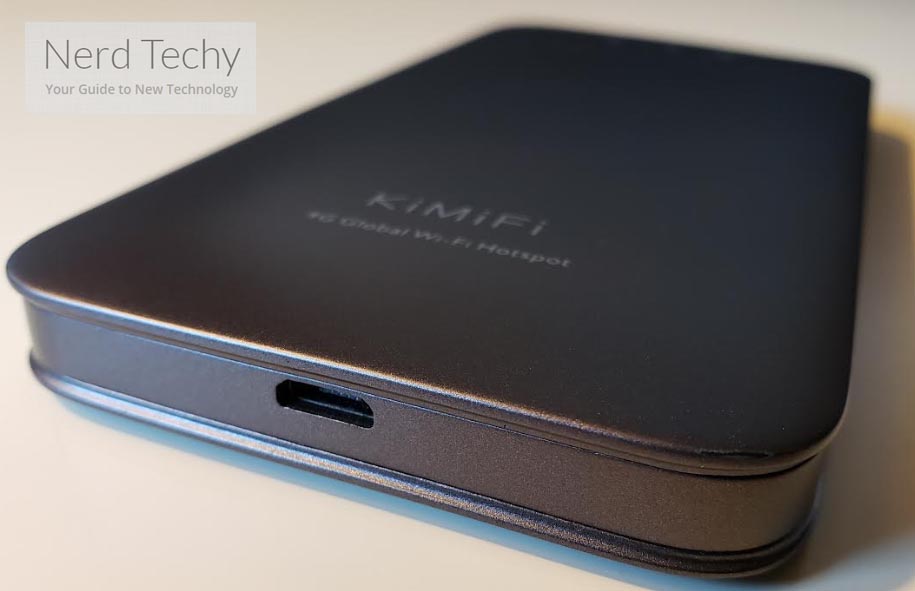 Okay, so it’s relatively easy to find and keep a stable connection. But what else? Well, the KiMiFi hotspot seems to do pretty well when it comes to multi-device support. In fact, the KiMiFi can be shared among five devices. If you’re traveling with a couple of people, that can be quite handy for helping keep everyone on the network. And all without having to carry five mobile hotspots. 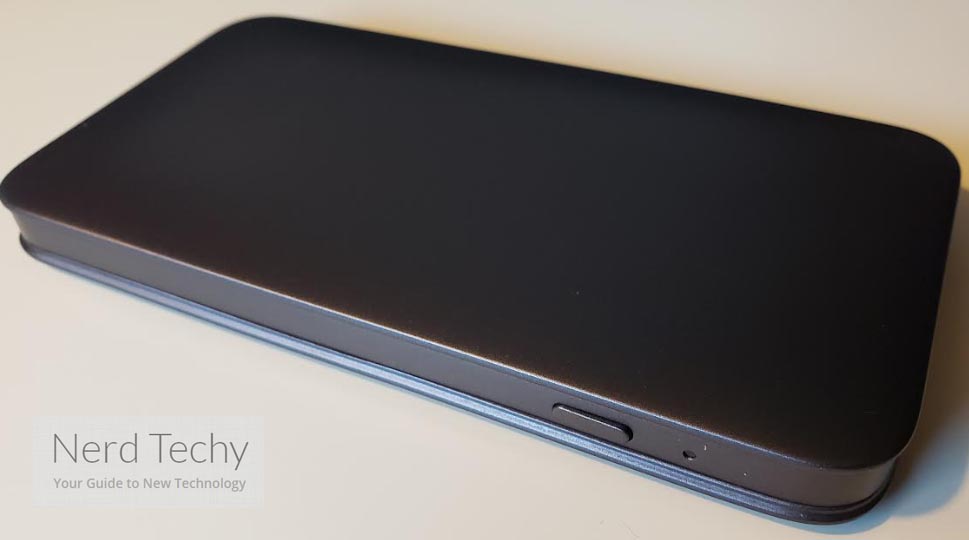 How about the network performance? Well, in order to be able to support 4G connections, speeds have to be pretty formidable out of the gate, and you’ll find that’s pretty much the case here. The Wi-Fi support is a 2.5GHz signal, across a standard 802.11g/b/n router network. And the maximum upload speed supported by the KiMiFi Hotspot is 50Mbps. That compares favorably with a number of entry-level routers, and matches up nicely with the capabilities of many home internet connections.

Likewise, the maximum download speed is 150Mbps. Though that’s a long way away from a gigabit, it’s still quite a bit of bandwidth. Even when you start splitting it five ways, every device could still be streaming its own HD video and you wouldn’t end up with any issues. Provided you had a good connection to begin with, and you weren’t trying to stream your videos while standing inside the bottom of a mine or a deep valley.

You can pick up the KiMiFi app in the Play Store or App Store, it’s free and easy to locate. Unfortunately, you will need to make an account with KiMiFi and give them an email address. That’s a little annoying, but once you’re logged in, it’s smooth sailing. And the QR code on the inside of the label can help you access the app quicker. 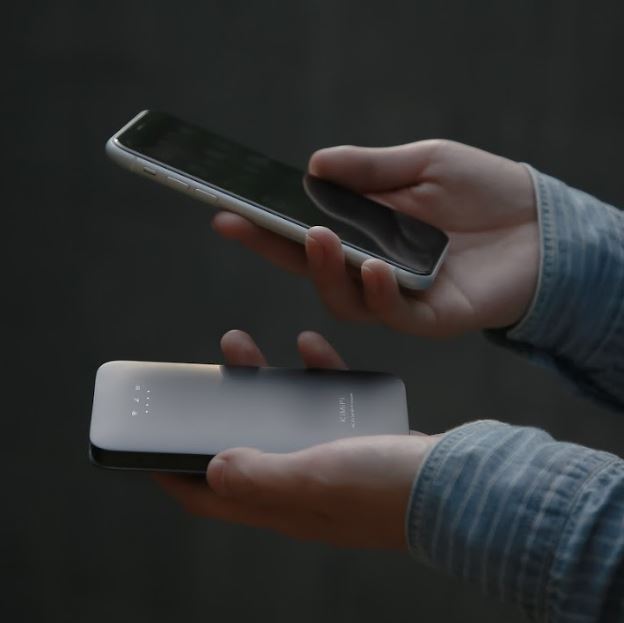 Once you’ve got it loaded, you should find everything is reasonably easy to navigate. Depending on how you look at it, this could actually be a good thing or a bad thing. Because it’s not very customizable. Just enough customization options to help keep you connected at all times, no matter where you’re traveling.

In other words, nothing resembling the kind of deep customization options you’d find on a wired router these days, like parental control abilities. With those limitations in mind, the app looks good, it works good, and it doesn’t come loaded with a bunch of bloatware. So it’s easy to give it a pass. 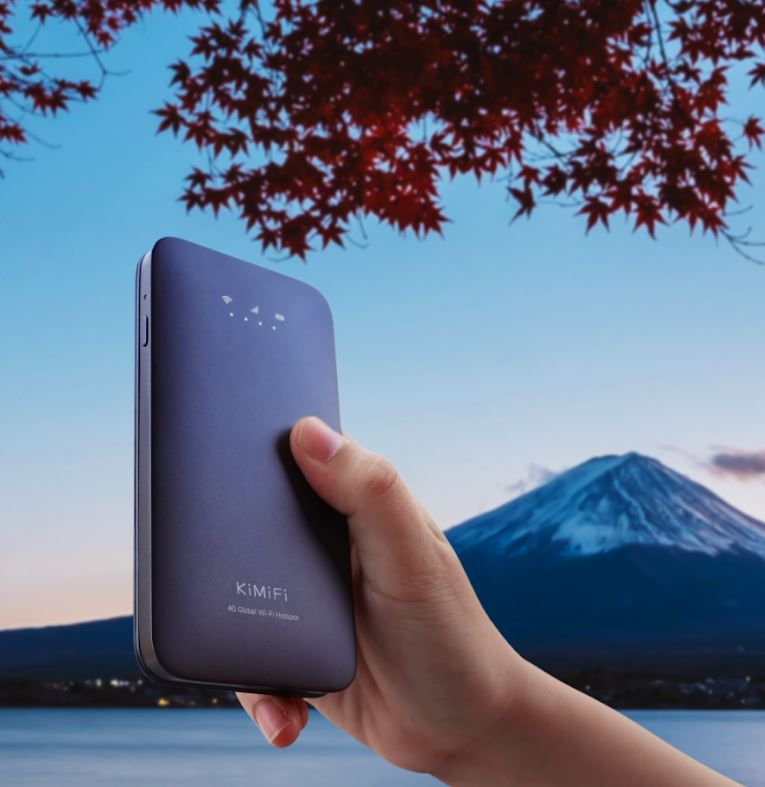 How long can you expect the battery to last? Well, this hotspot has a good basis for strong battery performance due to it carrying a built-in 3500mAh lithium-ion battery. Precisely how long that battery lasts will vary depending on a variety of factors — most importantly the number of devices that are connected to the network. You can expect about 14-hours of battery lifespan when you’re connecting fewer than five devices. 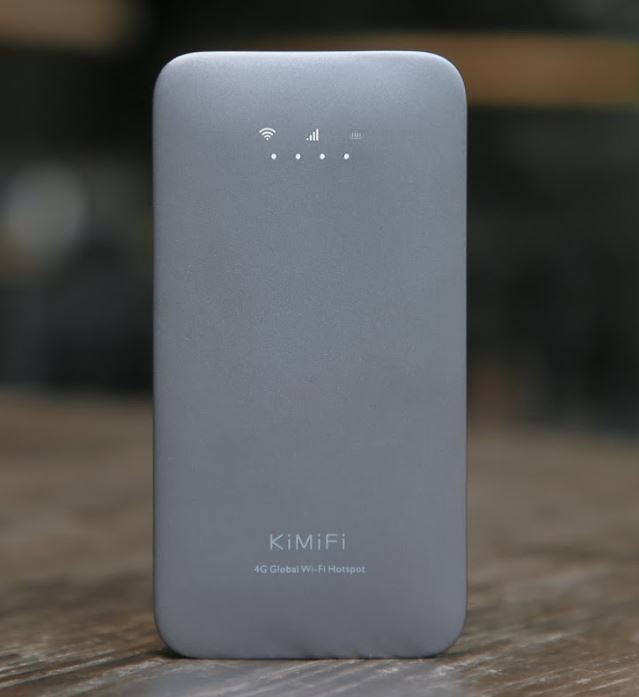 Another thing to keep in mind is that the battery has a strong standby time, capable of remaining idle for several weeks between charges. That’s quite essential to an efficient travel battery, you certainly can’t have a 3-day shelf life on your hotspot battery.

Once you’ve drained it, you recharge the KiMiFi Hotspot with a DC 5V 1A power input. Restoring an empty battery will take the better part of an afternoon, easily four hours or longer due to the relatively low 1A power input. But keeping it charged is much easier, and in the long run, much more important for most people.

With respect to security, again quite similar to a router, the KiMiFi offers users a layer of protection against attacks. Foremost, that includes the use of embedded encryption technologies, ensuring a safer means of getting online than connecting through most public Wi-Fi networks. The end result is you can prevent network security issues, prevent personal information being stolen, and prevent exposure to potentially harmful software. At least, when compared to risking public Wi-Fi. 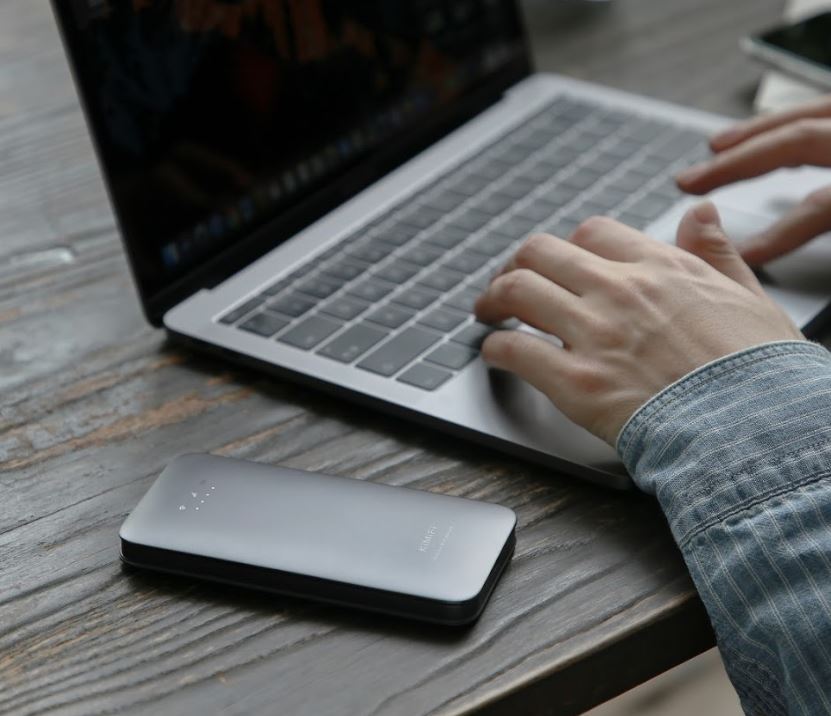 The total lifecycle of this hotspot should exceed about two years of regular use. After that, you’ll probably need to replace it. Basically anything with a built-in battery, like this mobile hotspot, will eventually need to be replaced. Though the two-year estimate is a little bit lower than many other batteries, that estimate also reflects the generally more robust performance of the battery during those two years.

This kit includes the mobile hotspot, a user manual, micro USB cable. KiMiFi also offers continuous customer support for people who have issues making a connection. But again, once you’ve got the app installed, it should be pretty smooth sailing. Even if you encounter some kind of network connectivity issue, resolving it for yourself shouldn’t be too difficult. 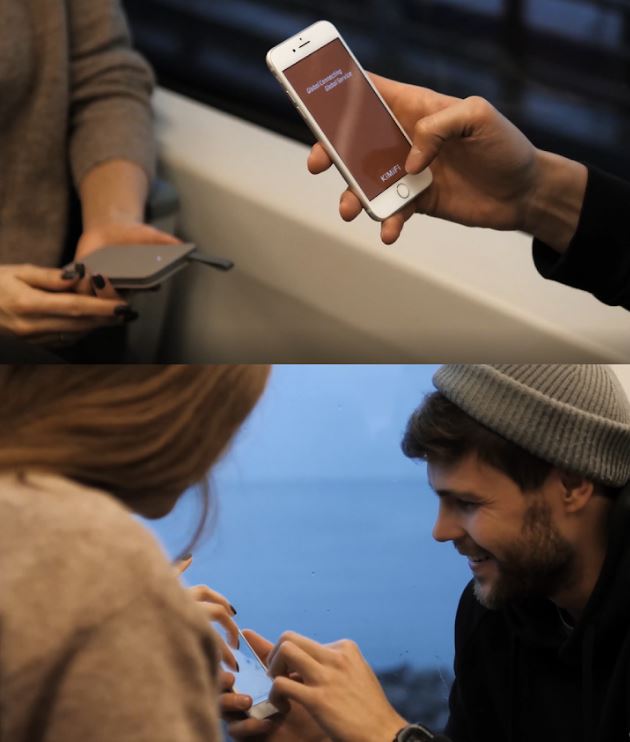 Who Should Choose the KiMiFi Unlimited 4G Mobile Hotspot?

Are you somebody who spends a lot of time traveling internationally? If that’s the case, then you’ll probably find the KiMiFi 4G Mobile Hotspot can be quite useful. Having it means you don’t have to worry about micromanaging SIM cards, and you don’t have to worry about needing to connect to insecure Wi-Fi networks. Given the prevalence of digital crime in some countries, that can be a big advantage.

The device itself is reasonably well constructed, it’s lightweight, and it’s simple to use. If you were willing to spend twice as much, you could find a hotspot that can connect a dozen people or more. But if you’re only worried about connecting 5 people or less, the KiMiFi hotspot will probably make sense for you.