How Computer Data is Stored

Data storage is called “digital” because it’s stored as a set of digits. Specifically, it’s stored as a set of 1’s and 0’s. This is the case for any kind of media, whether it’s your PC’s hard drive or the SD card in your camera. The reason data is stored as 1’s and 0’s is because of the way computers work. At its most fundamental level, a computer works by turning a series of tiny electric switches on or off. Different combinations of switches yield different results. Because a switch can have one of two states – on or off – it can have one of two values. That is, it can count as a 1 or a 0. Data, storage, whether on a magnetic disc or SDD, works in the same way.

The most basic organization of bits is a byte, which is a series of eight bits. Doesn’t sound like much, does it? Well, the easiest way to describe a byte is to say that it’s enough space to store one letter. Indeed, the ASCII alphabet contains 256 symbols and key names, corresponding to the 256 possible values of a byte. One common example is the complete works of William Shakespeare. In digital form, the text takes up 40 million bits, or 5 million bytes. Because these numbers can add up quickly, computer scientists refer to a million bytes as a “megabyte.” So, the works of William Shakespeare, in plain text, take up five megabytes of disc space. 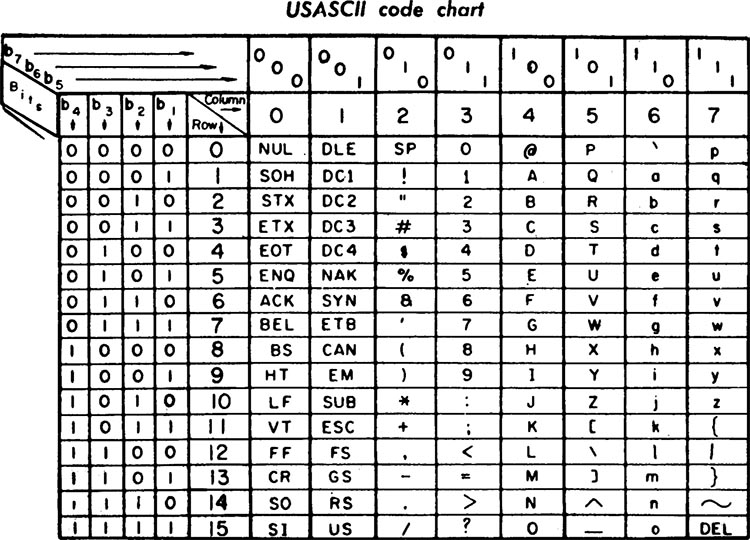 Of course, storing plain text is not a very demanding application. The reason is that the shape and contour of each letter is not actually stored in the file. In the example above, each byte simply refers to a numbered cell on the ASCII table. That’s where the actual letter is stored. When your text editor opens the file, it simply reads each byte, consults the table, and outputs the correct letter. For other applications, you need considerably more data.

Consider a simple photograph. A high-resolution photo from your smartphone can easily take up several megabytes of data. As it turns out, a picture really is worth a thousand words. Going even further, videos can occupy massive amounts of space. Even when compressed with something like Divx, a Hollywood movie can easily occupy thousands of megabytes of data. In that case, we start using a new measurement: the gigabyte. A gigabyte is a thousand megabytes (technically 1,024 megabytes). Going further, a terabyte is a thousand (1024) gigabytes.

There are larger measurements, but for now, they’re almost exclusively used by large companies. For most people, you’re just never going to need that much storage space.

How Computer Data is Transferred Over the Internet

Circuit switching is used for ordinary phone calls. Think of an old black-and-white movie, where the operator has to physically connect a wire to a patch panel. When the wire is connected, the call is able to go through. Now you can talk on the phone with your friend! Modern phone circuits are all automatic, but they still work on the same basic principle.

The problem here is obvious. You can only make a direct connection between two devices. If you’re trying to connect to the internet, that’s going to be hugely inefficient. Think of it this way. When you send a fax, you have to dial in to the other fax machine and wait for it to pick up. Only then can you send your fax. Meanwhile, if someone else is trying to send you a fax, they get a busy signal.

Now, extend that analogy to the web. Remember the old days of dialup, when you had to wait for the internet to connect? Imagine needing to do that for every single website you visit. It would be impossibly slow! Not only that, but if there were an issue with the connection, you’d have to re-download the entire page. 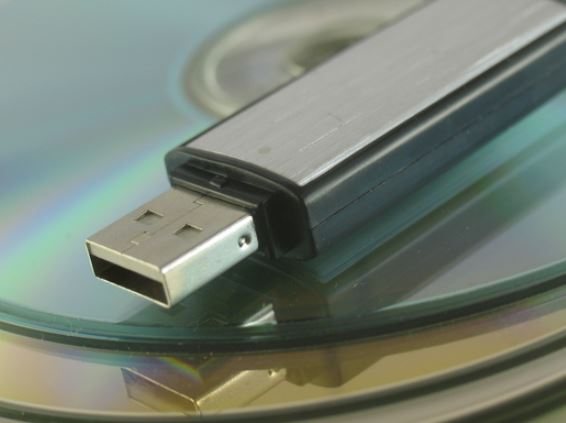 The solution to this problem is packet switching, which is used by almost every modern protocol. Instead of sending data through one solid stream, it breaks data up into a bunch of tiny pieces. Imagine you’re sending an email to your mom. Instead of the whole email going directly to your mom, one packet might go through a server in Chicago. Another packet might bounce through Vancouver, then take a stop in Miami on its way. This might sound inefficient, but it’s exactly the opposite. For the example of an email, this might not be intuitive, so let’s think about a more demanding data stream.

For example, let’s say you’re on your smartphone, watching a feed from your home security camera. Instead of a few small packets, you’ll be receiving dozens or hundreds of packets each second. Depending on usage, different routes through the internet become more or less efficient. So if you’re watching for five minutes, the signal may bounce around through different pathways. It doesn’t really matter what route they’re taking, as long as it’s the most efficient path at the moment. They all ultimately end up at the same destination. At least in theory, this allows the internet to run as efficiently as possible at all times. 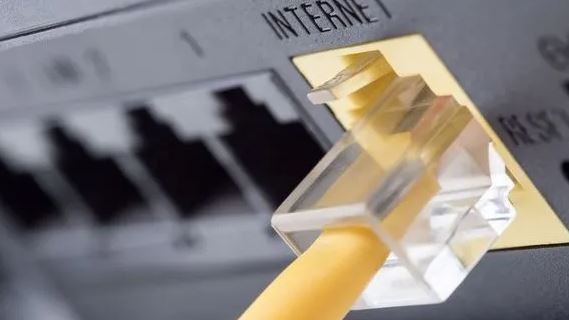 You might be wondering what happens if some packets take different paths and get to your phone out of order. Shouldn’t this be happening all the time? Well, it is! The good news is that the people who designed the internet are smart. Built in to each packet is a header and a footer, with a variety of data. Not only does this information tell your device what order the packet goes in, but it provides other metadata. For example, suppose you’re connecting through a router. The header will contain instructions for the router to send the packet to the correct device. Headers and footers also contain security checks. Some bytes are used to ensure that the data has not been corrupted. Other bytes are used for encryption, so the packet can’t be opened by an unauthorized source.

So, What’s the Difference?

So, what does any of this have to do with megabits versus megabytes? The answer is that bytes and megabytes aren’t a useful measurement of how much data is being transferred. Think of packet switching. When quoting a speed, your internet provider has no way of knowing what kind of data you’re transferring. Are you sending more large packets? More small ones? Will this change over time? Depending on the packet size, you’ll need more or less packets to send the same size file. This actually means more or less data in total, since each packet comes with its own header and footer.

Because of all this, no-one can really tell you how many megabytes per second your internet can handle. There are too many variables involved! For this reason, data carriers continue to work in bits. Much like a megabyte refers to a million bytes, a million bits is called a “megabit.” Just as a eight bits equals a byte, eight megabits equals a megabyte. The distinction between the two is tricky to make out if you’re not paying attention. “Megabits per second” is abbreviated as “Mbps,” while “megabytes per second is abbreviated as “MBps.” This is easy to remember, because the small “b” refers to the smaller unit of measurement.

Now, it might be tempting to use this math to calculate your download or upload performance. For example, Gigabit Ethernet supplies a maximum of 1,024 megabits of data speed. 1,024 divided by 8 is 128, so you should get 128MBps, right? Not quite. Remember, some space is taken by headers and footers! Moreover, some packets may get corrupted or lost and need to be re-sent. This can further degrade your overall efficiency.