If you’re at all familiar with digital music, you’ve probably heard the term BitRate thrown around. What exactly does it mean? In a nutshell, the BitRate of an audio file determines how detailed the sound is. The more detail, the better the sound quality. So, higher BitRate is always better, right?

Not exactly. Think about it. If higher BitRate were always better, why would anyone use anything else? In fact, there are many factors to consider when you throw on your ANC headphones and start listening. Let’s break things down a bit, and see what we come up with!

Before we go any further, it’s important to understand how audio encoding works. Let’s start with the basics: what is sound? Sound is a series of vibrations in the air. These vibrations can be faster or slower (the “frequency) and can be more or less powerful (the “amplitude”). Higher-frequency vibrations sound higher, while lower-frequency vibrations sound lower. Similarly, the higher the amplitude, the louder the noise. So a mosquito buzzing around your ear makes a high-frequency, low-amplitude noise. A semi truck rumbling down the highway makes a low-frequency, high-amplitude noise. 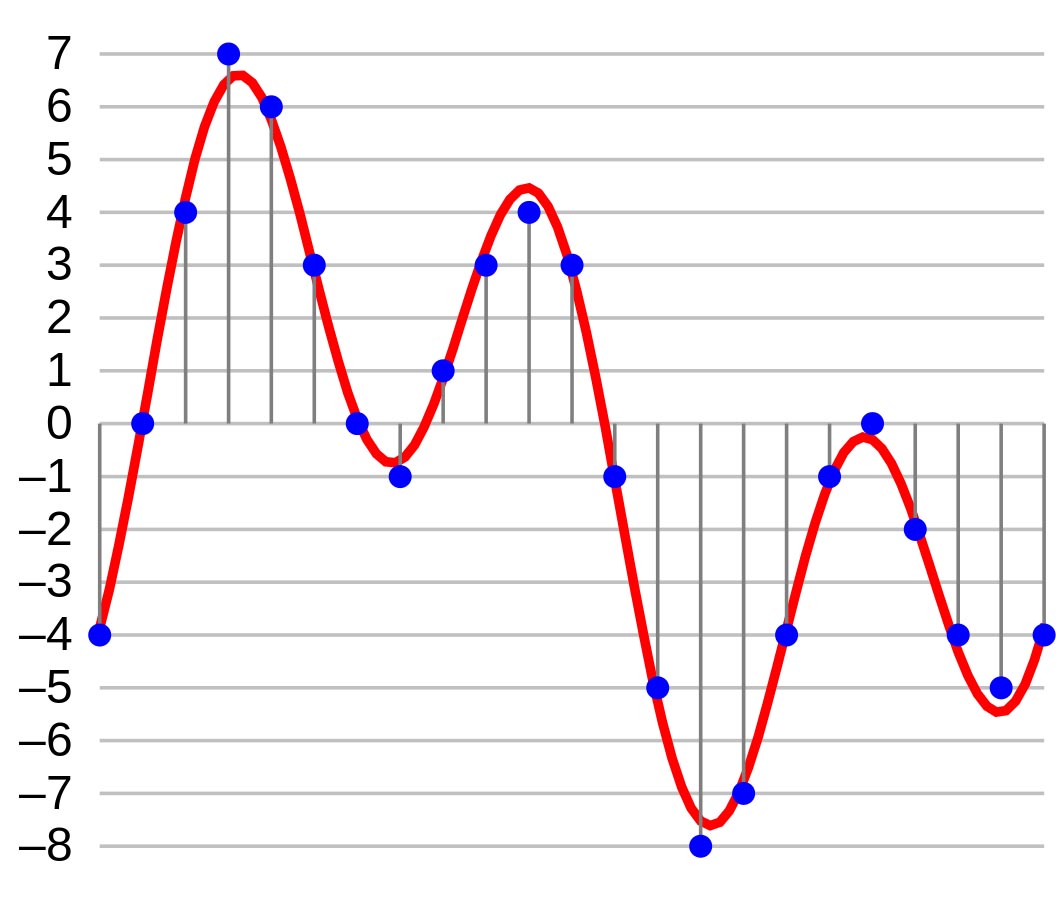 So far, so good. But how do you get that information into digital form? The answer is a method called “sampling.” If you picture a real wave, it’s always in motion. Similarly, sound waves are always in motion. During a song or a movie, the sound is always changing. Even a long, wailing electric guitar note has subtle details and nuance as the note is held. But there’s no way to store this constantly-moving wave. Instead, audio encoding takes snapshots, or samples, of the wave several times per second. When your audio player replays the music, it creates a wave from those samples.

The quality of this sampling is what will determine the quality of the final track. The more samples and the more detailed they are, the less information will be lost from the original audio. Think of audio encoding like taking notes during a lecture. To some extent, you can control your outcome. If you take good notes, you’ll have captured more of the lecture than if you take poor notes. But there’s still a limit to how far this will take you. You can take detailed notes, color-code them, and pay close attention. But you’re still only capturing “chunks” of the overall lecture. If you want to get everything down, the only way would be to transcribe the lecture verbatim.

One solution is to use so-called lossless audio encoding. As stored on a CD, audio files are typically very detailed. They’re so detailed, in fact, that they’re often called “lossless.” Technically, there is some loss in a CD audio track, but it’s so small as to be insignificant. The problem here is that lossless audio takes up about three times as much disc space as compressed audio. A single CD can take up hundreds of megabytes on your hard drive. If you have even a moderately-sized music library, storing them in lossless format simply isn’t practical. Lossless audio can also take nearly forever to download. 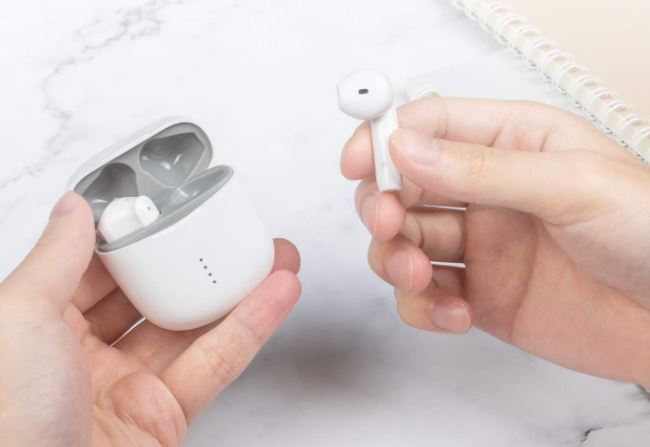 So, how do we understand the level of loss in a compressed audio file? And if we’re encoding audio, how do we know what quality to expect? The answer is a number called BitRate. BitRate is simply a measurement of how detailed the audio file is. In turn, it’s based on two other numbers: sampling rate and bit depth.

Sampling rate is a measure of how many times per second a sample is taken. Nowadays, the audio industry has more or less settled on a rate of 44.1KHz, or 44,100 times per second. This means that for every second of audio, there are 44,100 snapshots with which to create a wave. 44.1KHz has mostly become the standard because it’s the standard for audio CDs. This makes it easier to convert files from CD to MP3. That said, some audio files are still encoded at a rate of 22KHz. This is unusual anymore, but you might come across it once in a while, particularly with older files.

Bit depth is the number of bit used to create each sample. Typically, the bit depth will either be 16, 24, or 32 bits per sample. Moreover, the bit depth can be either in mono or stereo. So a 16-bit mono track would only take a single snapshot 44,100 times per second. But a 16-bit stereo track would take two snapshots every time – one for the left channel and one for the right. The higher the bit depth, the more detail can be captured in each snapshot. Conversely, lower bit depth means that each snapshot will be less detailed.

BitRate is simply a combination of sample rate and bit depth. It’s a measurement of how much disc space is required for each second of audio. So audio with a BitRate of 128Kbps will take 128 Kb of data per second, or about 0.016MB. At that same rate, a full hour of audio will take up 57.6MB of disc space.

What BitRate is Best?

So, which BitRate is the best? As we’ve already mentioned, there’s no single one-size-fits-all solution. The reason for this is that no matter what you choose, you’re engaging in a tradeoff. A higher BitRate means more detailed audio, assuming the original recording was good to begin with. On the other hand, it also means taking up more precious disc space.

Ordinary CD BitRate is 1,411Kbps, or more than 10 times as detailed as 128Kbps, which is Apple standard. Of course, Apple and other online stores also offer higher-BitRate audio, as detailed as 320Kbps. On the other hand, streaming services tend to be a bit less detailed, at between 96 and 160 Kbps. The reason for this is versatility. If you’re listening to Spotify on your Bluetooth speaker, you don’t want it constantly cutting out and buffering. A low bitrate allows you to keep streaming, even when your phone only has one or two bars of service.

This is also a matter of concern for content creators. For example, if you’re uploading a demo album online, you have to think about how people will be listening. Are they downloading files directly to a computer or MP3 player? In that case, a higher bitrate is just fine. On the other hand, if you’re putting your tracks on a streaming service, consider going lower. You can always make higher-bitrate tracks available separately if you want to.

With all of that being said, there’s a reasonable lower limit to audio BitRate. At 128Kbps, audiophiles will notice a loss in quality. Below about 96Kbps, even un-trained ears will notice that the music feels “hollow”. On the flip side, very high bitrates are not always necessary. For example, most wireless earbuds are capable of as much as 345Kbps. That’s pretty good for an MP3 file! But there’s no point playing 1,411Kbps CD-quality audio on Bluetooth buds. They won’t be able to take advantage of the extra detail above 345Kbps. 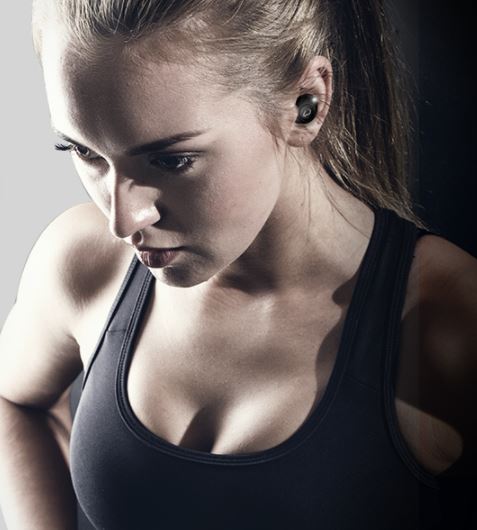 As a general rule of thumb, it’s best to record in the highest quality you can. Remember, you can always compress those files later. But if you start at a low BitRate, you can’t add more detail to the audio later. You’ll be stuck with a low-quality copy. Not only that, but technology is continually advancing. In another five or 10 years, who knows what kind of BitRates people will be streaming in? If you’ve got high-quality original files, you’ll be able to make new, more detailed compressed files for re-release.

We’ve spent a lot of time talking about compressed audio. But what about lossless audio? As we’ve already mentioned, they’re more future-proof than compressed audio. This isn’t just an issue for content creators. It can also be problematic for customers. For example, suppose you buy a new album on Apple Music in a bitrate of 128Kbps. If you want a better-quality copy, you’ll need to buy the album again separately. On the other hand, if you buy the physical CD, you can rip it and compress it. Then if you want to listen to the full-quality files in the future, you’ll still have them on CD.

Beyond that, there are a many more details we could mention. One thing we should talk about is variable BitRate technology. This technology uses different bit depths throughout the track as needed. It will be designed to average out to a certain BitRate. So any given second of 128Kbps variable BitRate might take more or less than 128Kbps per second. But over the course of an entire song, it will work out. The benefit of variable BitRate is that it allows for more flexibility. Quiet or less detailed sections will require less disc space. This leaves more disc space for more complex, demanding sections. Due to this benefit, variable BitRate has gotten more popular in recent years. But that’s a matter for another article.