The digital world is moving to 4K. New TVs, computer monitors, and even smartphone screens and cameras are getting packed with pixels. There’s just one problem.

Very little 4K media actually exists. While a few streaming media sites and a select handful of movies on Blu-Ray support 4K resolution, it’s an extremely limited library. This will undoubtedly change as time goes on, but if you’re in the market for a TV or projector today, you won’t miss much by choosing a Full HD viewing device.

True media enthusiasts may turn up their noses at the mere suggestion of sacrificing resolution, but for many users, newer technology carries a cost prohibitive price tag. Also, there’s a lot more to a quality image than just the pixel count.

The unusually named HD39Darbee 1080p Home Theater Projector may lack the high resolution of 4K competitors, but Optoma includes some advanced technology to enhance the quality of the picture displayed over merely boosting the quantity of pixels. While it may sound blasphemous, most TV viewers don’t sit close enough to the screen to reliably distinguish between 4K and 1080p content. In that all too common scenario, improved color and contrast would do more to enhance the viewing experience than a few million extra pixels.

Join us as we unwrap the technology driving the Optoma HD39Darbee. You might find you don’t need 4K after all. 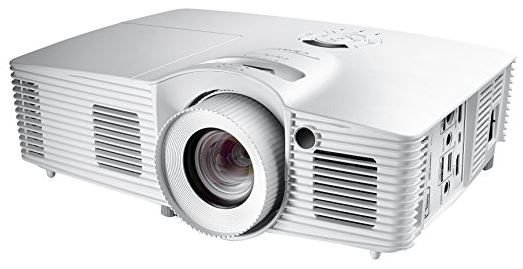 Consumers latch on to marketing. For most non-technical people, “4K” is a catchy, easy to remember marketing name just like “HD” was when it first rolled out. Start talking to the average user about contrast ratios, color bit depth, high dynamic range, refresh rates, and other technical terms and you’re likely to see their eyes glaze over as they tune you out.

Now, “4K” plastered prominently on the marketing materials will certainly grab their attention even if they couldn’t accurately tell you what it means. With 4 times the resolution of HD, there’s no doubt 4K is objectively better. The real question is, “Does it matter?”

This may sound counterintuitive, so allow us to explain. Most people’s initial experience with 4K comes in the showroom of a local electronics store. With a breathtaking display and perfect demo video, shoppers can ogle the display from a few inches away and marvel at the clarity. However, we’ve never met anyone who installs a TV at home just and proceeds to sit inches away.
Scientific studies show us that the human eye can distinguish approximately 60 pixels per degree. As you move farther away from a display, you lose the ability to see minor details and at a certain range smaller pixels begin to merge into solid blocks of color.

Even if you have a relatively large 70-inch display, you wouldn’t see the full benefit of 4K resolution unless you were closer than 5 feet, and at about 8 feet away it would become completely indistinguishable from a standard 1080p HDTV. Since we’re looking at a projector today, even a massive 120-inch image requires a viewing distance of less than 15 feet to determine a difference.

When it comes to screen resolution, while we all desire cutting-edge technology, the drive for 4K is likely unnecessary for most users who simply don’t sit close enough to the screen to identify the difference.

The HD39Darbee projector measures 12.4 x 8.8 x 4.5 inches and weighs just 6.2 pounds. While this makes it larger than a true compact, portable presentation projector, it remains small enough to move around if you needed.

A 1.6x optical zoom gives the HD39Darbee a throw ratio between 1.4 and 2.24. This means that in order to achieve a 100-inch diagonal screen size, you’d need to place the projector roughly between 10 and 16 feet away from your screen. The HD39Darbee can mount to a wall or ceiling, but does not allow for replaceable lamps. This throw ratio makes it ideal for use in small to medium sized rooms. If you wanted to project in a longer room you’d either need to mount it to the ceiling or choose a longer throw projector in order to project from the rear of the room. 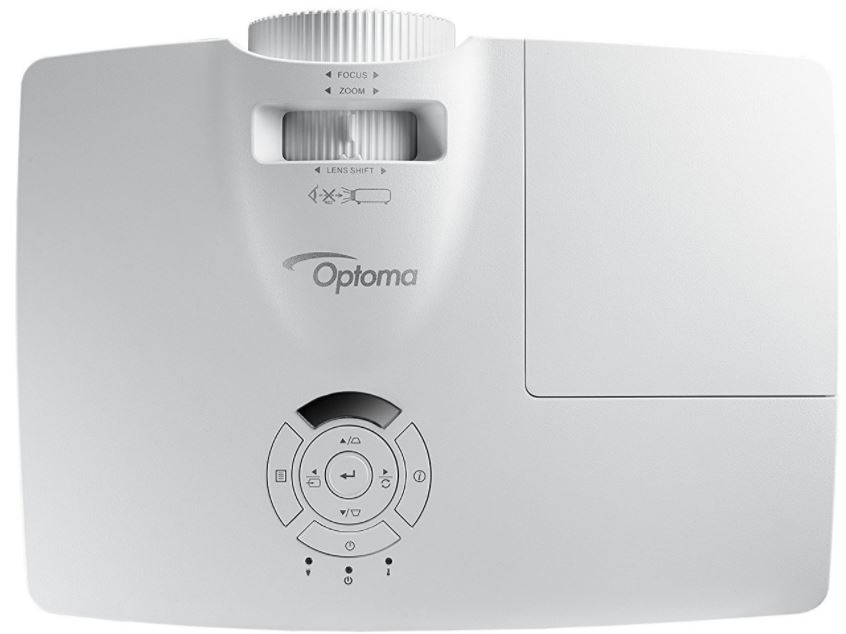 Optoma lists the supported projection sizes from 26.2 inches to 301.11 inches. These incredibly specific numbers do depend on other factors, primarily the ambient brightness of the room. The HD39Darbee has 3500 ANSI lumens of brightness, so while it will work acceptably in ambient light at smaller sizes, you will need darkness to achieve visibility at larger sizes.

The HD39Darbee also supports 3D content with the separate purchase of 3D glasses.

Purchased separately, the Darbee Visual Presence unit is a small box that plugs in-line with your HDMI signal. Optoma simply bakes the Darbee technology into the projector right out of the box.

Inside, a custom processor and software analyze your video source and enhance the picture. Here’s how they describe it:

Now, filtering through the marketing pitch, essentially Darbee technology alters brightness, contrast, and color in order to improve image quality. While others may attempt to achieve this effect by simply tweaking settings across the board, Darbee uses an object- and human-vision-based algorithm to analyze the scene on a per pixel level and make changes where appropriate rather than the entire image. 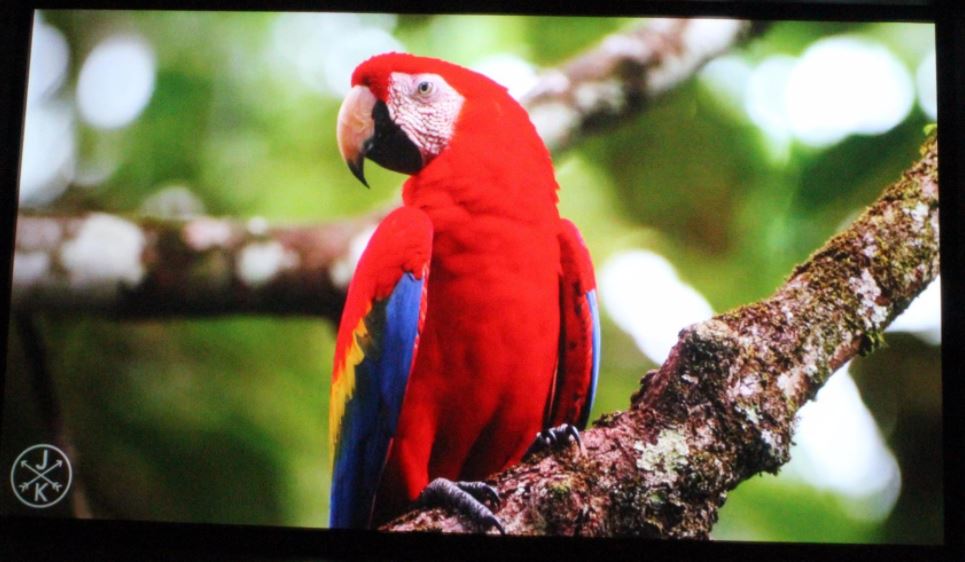 It’s a fascinating concept. As we discussed, manufacturers have placed so much emphasis on reaching 4K resolutions even when most people don’t sit close enough to notice. Darbee focuses on enhancing the image in a way that’s discernable from any standard distance. They also support user-adjustable levels for enhancement as different media sources, Blu-Ray movies versus video games for example, may have different optimal levels.

While the technology impresses, it does face a bit of a marketing problem. If the average consumer looks at two projectors, one boasting of “4K Resolution” and the other of “Darbee Image Processing,” it’s hard to imagine them choosing the unfamiliar Darbee solution over the much-hyped 4K. As a company, Darbee needs to focus extensively on product demos in order to demonstrate the advantages of their solution. 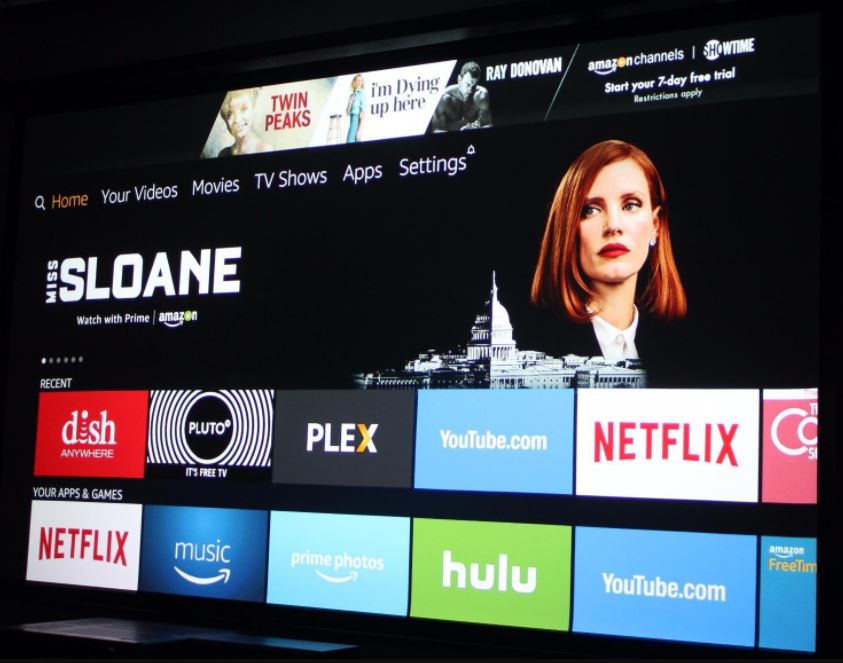 Any amount of advanced technology doesn’t matter unless it translates to real-world image quality. With some caveats, in general we were extremely impressed with the Optoma HD39Darbee. The image was bright, detailed, smooth, and the Darbee technology definitely brought out additional depth in our picture when compared to playing the same scenes without Darbee activated.

Unfortunately, lack of 4K support may have many people looking elsewhere. We tested with about a 100-inch diagonal image viewing from about 12 feet away. At this distance, our experience matched what the science says. The quality of the HD39Darbee’s 1080p image was nearly indistinguishable compared to that of a 4K projector, and if we hadn’t been scrutinizing it’s doubtful we would have even noticed. 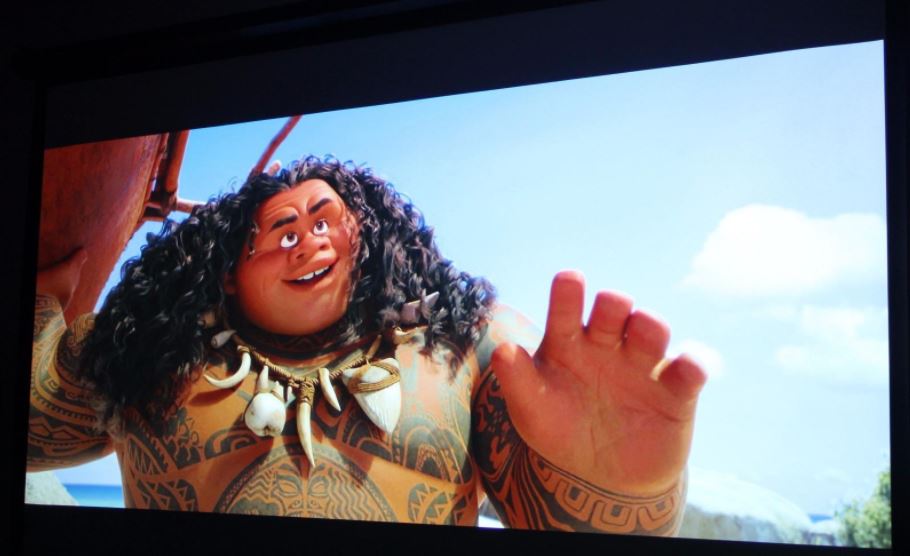 We have some mixed feelings about the DarbeeVision Image Enhancement Technology. Fortunately, you can choose different levels of implementation. We definitely appreciated it at lower levels. Our videos took on an enhanced depth and realism even in scenes that were previously somewhat flat and washed out.

However, higher settings seemed to produce some bizarre effects. Contrast seemed a bit overblown creating a very surreal look. On their product info page, Darbee recommends higher settings for video games as the results will probably feel less off-putting in an animated environment than real life footage. For our tastes, it was still a bit too much. Darbee has a sample video on their website showing a middle-aged female video game character. As they flip back and forth between Darbee processing and original source, the Darbee effect causes every slight wrinkle, freckle, and shadow on the character’s face to pop out prominently and dramatically.

You could consider that “enhanced detail,” but odds are the designers added these subtle touches to make the character’s face more realistic and never intended to create such an overemphasized caricature. 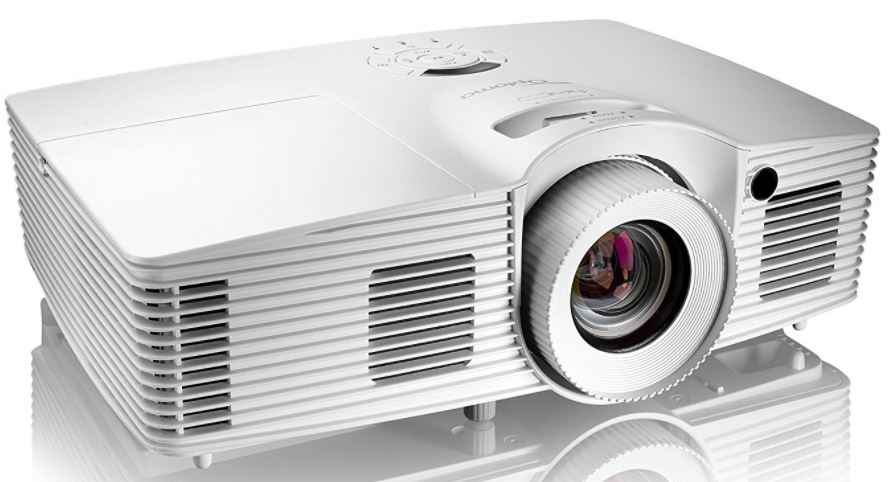 The Optoma HD39Darbee takes a different angle on image quality than many competitors. While everyone scrambles for 4K, and of course even Optoma has other 4K models, the HD39 utilizes Optoma’s strategic partnership with DarbeeVision to improve general image quality despite the lack of pixels.

Cost-wise, it comes in considerably lower than most 4K projectors. If you like to stay future-proof and prefer cutting edge technology, you’re unlikely to be dissuaded from a 4K unit. If you’re more practical in nature, evaluate your expected screen size compared to your viewing distance. Checking charts online, you may end up realizing you don’t need 4K after all. If that’s the case, it makes sense to save the money and choose a feature like Darbee to enhance what you can see.

If you do like the effect of Darbee on your videos, it’s certainly nice to have it included in the projector. The DarbeeVision solution also sells separately if you’d like to test with your existing equipment, but it currently only supports 1080p. Since the processor performs per-pixel analysis, upgrading to a 4K signal would require 4 times the processing power. While Darbee may support 4K in the future, it isn’t there yet.

The Optoma HD39Darbee offers excellent picture quality, customizable image enhancement, and 3D support. It’s a unique option to breath additional life and depth into your video content and would make a great addition to any home theater as long as you’re willing to accept the lack of 4K resolution.