Prior to the advent of the modern smartphone, mobile devices were available in a similar form factor. PDAs, Palm Pilots and digital organizers might look familiar, but the terrible touchscreen input prevented them from becoming widely adopted. When the first multi-touch display came out, these devices were finally responsive enough to gain market share.

Today, multi-touch displays can be found in everything from desktops to laptops to phones. But there are some people who feel that implementing a touchscreen interface for text input is taking a step backwards in terms of usability. In fact, some people believe that we’ve been moving backwards since the 90s.

In 1986, the standard PC keyboard was the IBM Model M. IBM spared no expense designing this keyboard and every individual key had a tiny mechanism inside. Depressing a key would produce a tactile click, informing your finger that the key had been engaged. Because touch typing requires you to train your muscle memory, this mechanical keyboard made typing simpler and more responsive.

Even though manufactures began to replace mechanical keyboards with squishy feeling membrane units, regular typists held on to their mechanical models. Mechanical keyboards are still widely used by enthusiasts, but they have always been too large and bulky for portable applications. 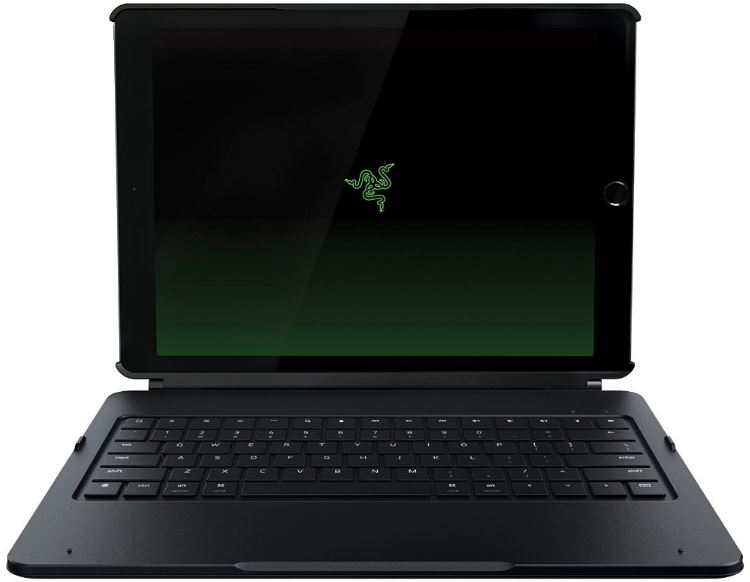 Opening the box, you’ll find a charging cable, documentation, a protective sleeve and the keyboard itself. The device has three main components. First you’ve got the case, which is a fairly thick plastic unit that your iPad slides into. On the back of the case there is a very sturdy looking metal stand. Finally, there is the detachable keyboard. Surprisingly, it was pretty hefty to lift out of the box. Weighing in at 2lbs the keyboard isn’t uncomfortably heavy, but certainly ads a bit of weight to the otherwise light iPad platform.

After sliding the iPad into the case, you’re immediately impressed by the durability. Although it doesn’t offer the same industrious level of coverage as an OtterBox, the build quality is still very impressive. There are a few exposed areas on the iPad, as some sections are cut out to make room for the speaker, camera and charging port. But all four sides of the iPad are protected, and a little lip offers just enough protection to prevent the screen from cracking in the event of a drop. 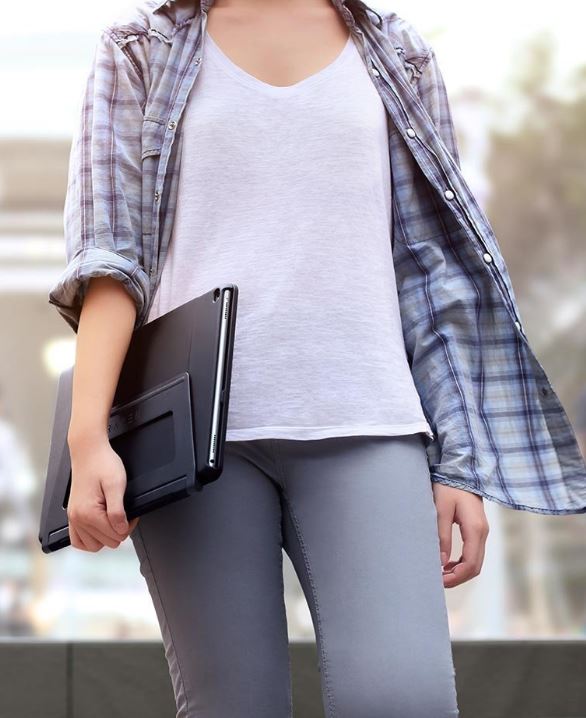 One of the best features on the case is the included stand. It’s made entirely out of metal and has a very stable mechanism. The iPad Pro is a little heavier than other tablets, so it’s not often you come across a stand that is stable enough to hold it in whichever position you see fit.

If you’re familiar with Razers’ blade series of laptops, it’s clear they paid homage to the product line with the shape and layout of the keyboard. The keyboard has a very simple, attractive design. It’s a solid chunk of dark grey plastic with beveled corners that match up with the edges of the iPad. Although the design tends to contrast with the iPad a bit, the two go together pretty nicely. The keyboard has two LED lights nestled discreetly at the top. They indicate red if the battery is charging, and green if the device is powered on. 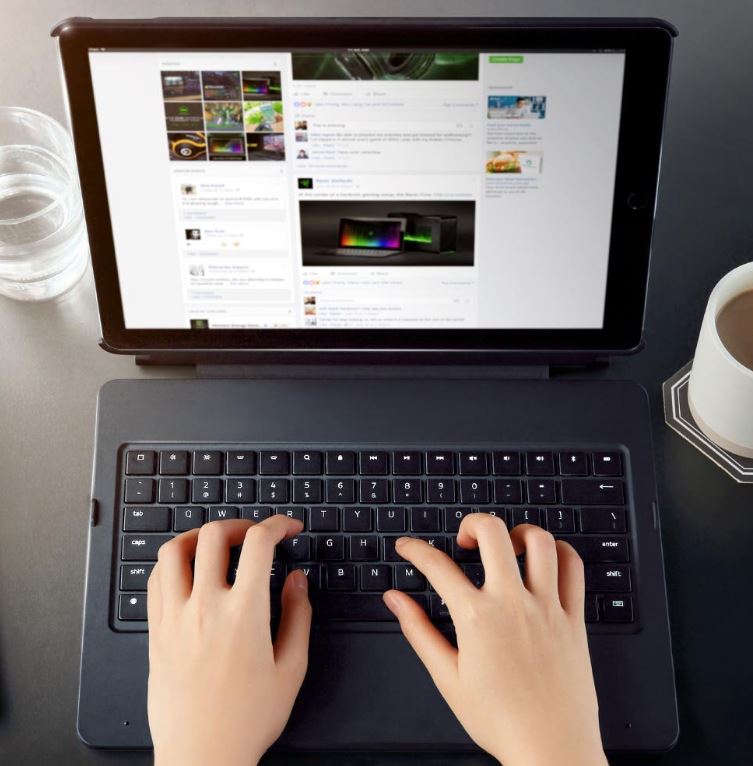 The keyboard itself is also fully backlit. Unlike Razers’ desktop keyboards, you are not given a color choice. But the brightness is adjustable to suit the lighting of your environment. While the keyboard does have a bit of a palm rest, it’s a little smaller than what you’d get on a laptop. If you have very large hands, you might find that you’ll have to rest them on the edge of the keyboard.

The keyboard is removable from the case, should you desire. They connect with a row of powerful magnets, so separating the two is a quick and easy process. The built in kick stand is especially useful once the iPad is on its own, as it allows you to place it wherever you want. When they are used together, the iPad feels a lot more like a laptop than a tablet. 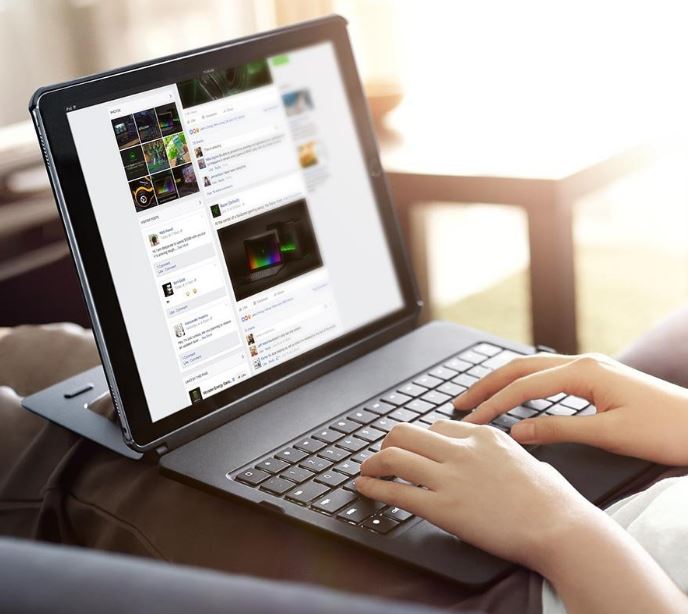 Full size mechanical keyboards are sold with a variety of switches depending on how firm you want the keys to be and the noise level you are willing to tolerate. This specific keyboard uses a modified Cherry MX Brown switch. In desktop applications, these keys are known for being a little softer and producing very little noise. The silent actuation is especially valuable in a portable model like this, so we think that Razer chose well. 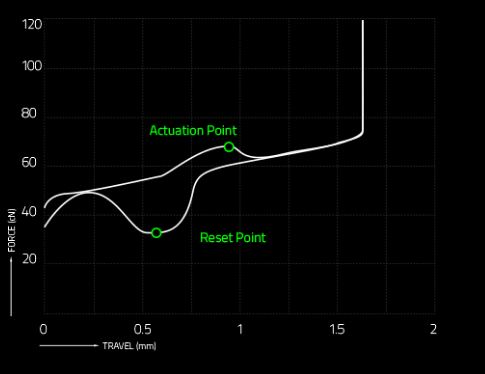 If you’re not used to a mechanical keyboard, it will take a minute to get used to the pressure required to engage the keys. Specifically, the brown switches require 70 grams. The keyboard performed surprisingly well compared to a full size model. The 0.7” of travel allowed with these compact switches only felt a little shallower than usual.

Compared to other Bluetooth keyboards on the market, however, this keyboard is a dream. There are absolutely no portable keyboards that come close to producing the responsiveness of the Razers’ mechanical switches. Typing speed is noticeably improved with this unit, we found it to be comparable to the results we’d get on a desktop computer.

There were a few things that required a bit of an adjustment period. The most notable difference between Razers’ Keyboard Case and a standard keyboard is the size. According to Razer, this is a 60% modified US layout. Fortunately, the spacing between the primary keys was only reduced by a small margin. To keep the device compact, the size shape and placement of the peripheral keys has been modified a fair bit. The function keys were completely removed, although there is not much purpose for them on the iPad platform. 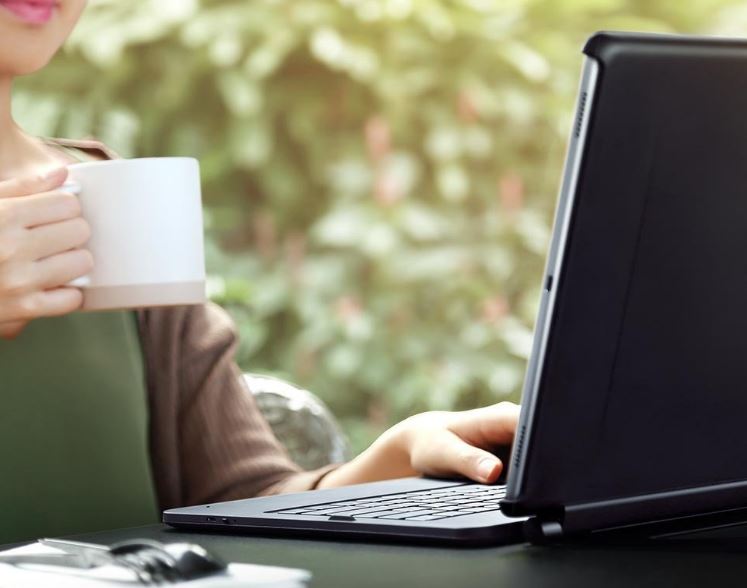 Other notable changes are the reduction in size of the right shift key, and the migration of the arrows into the vicinity of the control keys. Getting used to these modifications only took a few moments, but users who wish to play games may have a harder time with the arrows.

Although the Apple Smart Connector is not commonly used in 3rd party products, you’d hope that a premium product like this might take advantage of such a feature. You’ll have to use the separate, included micro USB cable to charge up the battery. 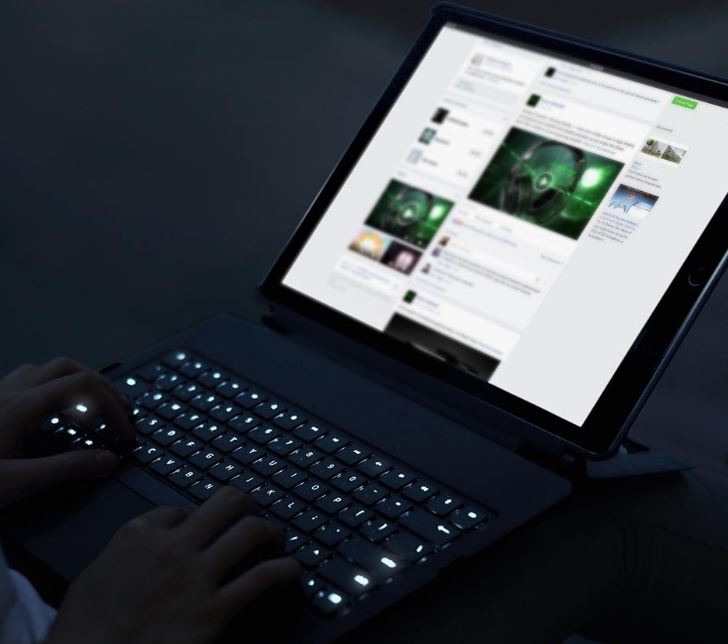 While the kickstand is very tight, it can be a little firm to close. You can push it until it’s almost flat against the back of the case, but during that final inch of travel the metal would rather bend then close. Obviously there are trade-offs, if the kick stand wasn’t so firm it wouldn’t offer stable support even at extreme viewing angles. But using the iPad with the keyboard feels a lot like using a laptop, it’s unlikely that many consumers would actually want to use the iPad while it’s laying almost flat or tilted to the verge of tipping.

If you purchased the iPad Pro for maximum portability, case and cover add a bit of weight and thickness. With everything in place, the case ads 2.2 lbs of weight and triples the thickness of the device.

The battery life on this keyboard is excellent. Even though it connects via Bluetooth, there was no noticeable impact on the iPad’s power draw. The keyboard itself is supposed to last up to 600 hours with the backlight turned off. But be warned, as soon as you crank up the brightness the live goes down to 10 hours. In our tests it lasted about a week, so their estimate seems fair. 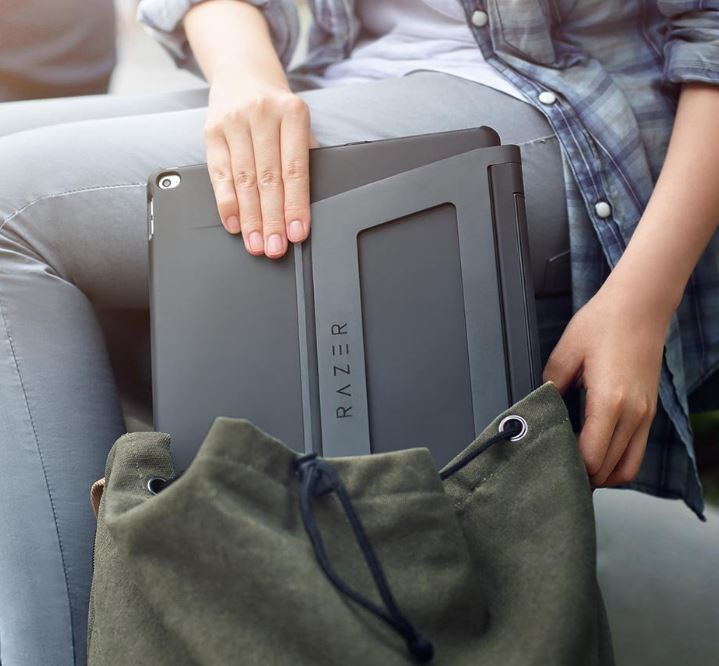 Razer has proven that they are not afraid to take risks in the name of innovation. They released one of the first desktop mechanical gaming keyboards, and were the first company to engineer their own switch. If you spend a lot of time typing up documents on your iPad pro, switching to a mechanical keyboard is one of the biggest improvements you can make to your computing experience. While the comfort, speed and response is just a little bit worse than a full size desktop keyboard, this unit is light-years ahead of every Bluetooth keyboard we’ve come across.

Unfortunately, the most luxurious portable typing experience comes at quite a price. The Razer Mechanical Keyboard Case costs roughly double the average Bluetooth keyboard case. If you’re only using a keyboard for occasional or casual typing, it might be hard to justify the expense. Users who value portability won’t be too impressed with this case, as it adds a significant amount of bulk and weight. 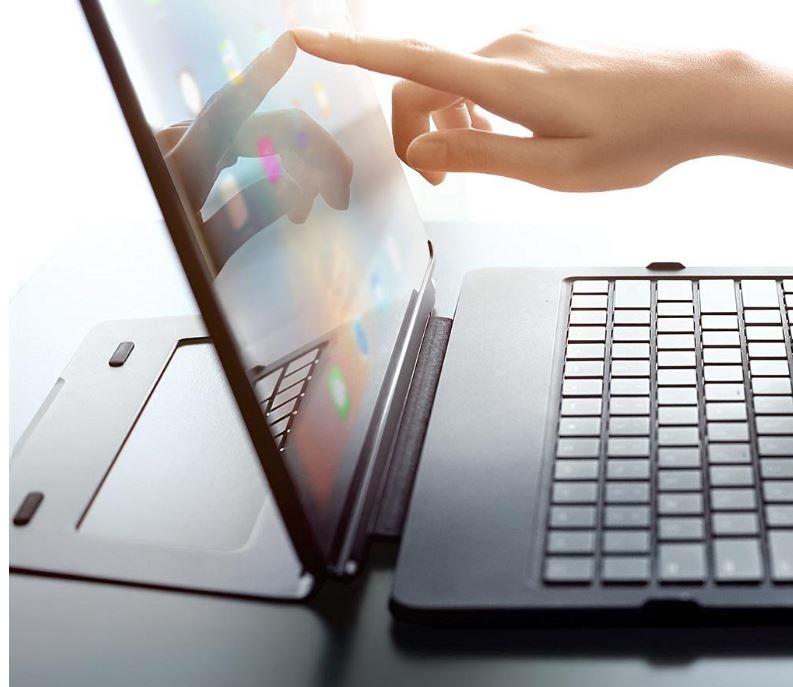 An Explanation of CUDA Cores vs Stream Processors
May 15, 2018