Nearly every year, Sony rolls out a new generation of audio devices. Often times, those new releases are little more than a rebranding of their last generation of gear. But from time to time, they’ll release something truly innovative, or something with palpable differences over the previous generation. And 2018 seems like it’s going to be one of those years.

Sony has recently announced more than half a dozen new audio devices, many of which are the first of their kind. For wireless in-ear headphones, some of the latest additions include the SP600N and SP700N. And within both you’ll find considerable improvements over the last generation, including IPX4 water resistance, a customizable sound, and active noise cancellation.

You may be tempted to think of the SP700N as being the better model because 700 is the larger number. But that would be a failure to understand Sony’s naming scheme. Like many of Sony’s headphones, the SP600N was built with a very specific type of listener in mind. The needs of that type of listener are what determined the battery life, aesthetic, even the physical design of the SP600N. Although both the SP600N and SP700N both have their own strengths and weaknesses, the SP600N is the well-rounded option, and ultimately the version which most people will end up flocking towards. 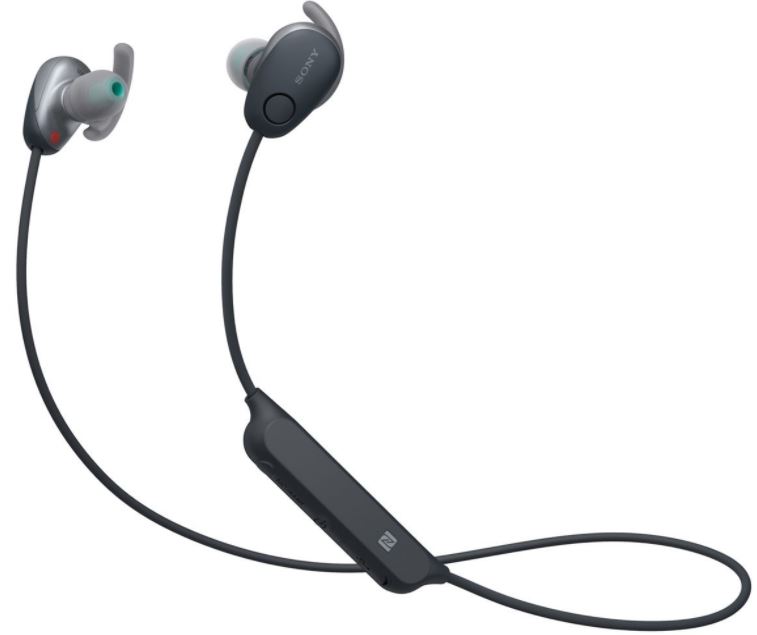 Sony’s WI-SP600N use what’s called a neck-bud design. That means they’re semi-wireless, allowing them to provide all advantages of both wired and wireless technologies. For example, they don’t require a wired connection to whatever you’re listening to, so you achieve all the benefits of wireless headphones. But the fact there’s still a wire connecting the two ear buds supports stronger battery life, and prevents you from losing one of the buds accidentally.

Aesthetically speaking, Sony’s WI-SP600N look like fairly ordinary earbuds. And they’re available in what has become standard colors for Sony: pink, yellow, white, and black. Inside the buds, you’ll find 6.1mm dynamic drivers made from neodymium magnets, capable of producing the same wide range of frequencies you get from any of Sony’s recent releases. 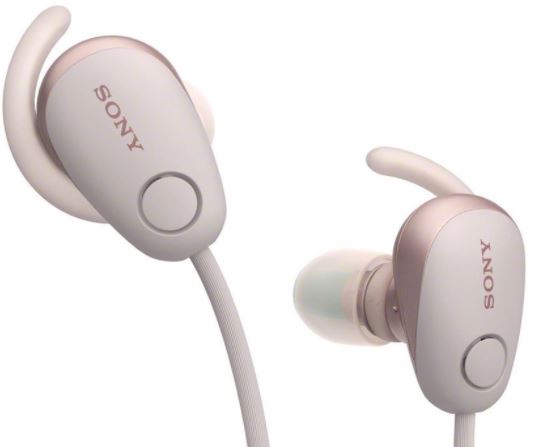 From a sound engineering perspective, the SP600N use a closed dynamic design. A closed design is ideal for blocking noise around you, and preventing your music from bleeding out into your environment to bother others. If you’re doing most of your listening around other people or noisy equipment, then you’re definitely want a closed dynamic design like the SP600N can provide. If you’re doing most of your listening in quiet environments, you might want to check out the SP500N instead.

The SP600N are IPX4-rated, which means they’re designed to resist light exposure to water. In other words, sweat and rain aren’t going to be a problem. But the SP600N aren’t rated for submersion, so you wouldn’t want to go for a swim while wearing them, and you wouldn’t want to wash them in your sink. Consider them water-resistant rather than waterproof. 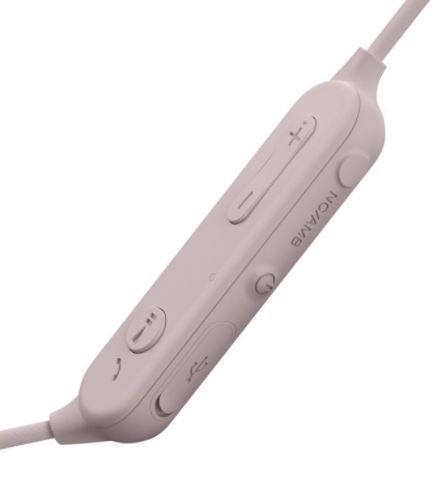 One problem endemic of earbud headphones is they generally have weaker bass response than other types of headphones. In-ear headphones are small and portable, which requires them to use relatively small audio drivers to create sound. They’re simply too small to be able to produce bass comparable to what you can get from a large-bodied speaker.

But that doesn’t mean you can’t boost bass in other ways. Sony’s WI-SP600N artfully boosts their bass on the software level, making it particularly punchy. Whether or not you like boosted bass is a matter of taste, but you can adjust the bass boost, or even disable it, through Sony’s software.

As far as high tones and mid-tones go, Sony’s WI-SP600N is fairly average for its price point. But fairly average can be turned into remarkable after only a few minutes of poking at their equalizer, and fine-tuning the sound to match your preferences. The extensive sound cancellation abilities of these earbuds also enhances sound quality by ensuring you can actually hear what you’re listening to. And the supported Bluetooth connection uses 44.1kHz sampling, so there’s nothing standing between you and high quality audio.

When you’re choosing electronics, one of the more compelling reasons to pick a major brand is software support. Big brands tend to have better designed software with ongoing support, which sometimes means you end up with new features you never expected or paid for. And when it comes to great software support, you couldn’t ask for a better example than Sony. Through their headphone app, you can toggle an equalizer, adjust noise cancellation settings, and otherwise fine-tune your listening experience. 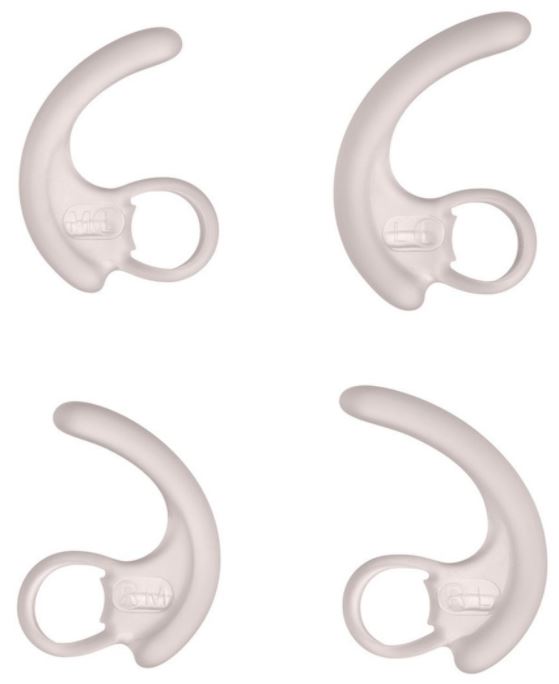 But the best reason to choose the WI-SP600N over similar earbuds is for their flexible noise cancellation features. The standard noise cancellation mode is great for blocking out all sound, allowing you to focus entirely on whatever it is you’re listening to. When you don’t have to worry about the world around you, complete cancellation is a great feature.

At the same time, you can keep out the roar of engines on the street, or the sounds of exercise weights being slammed around at the gym. That’s the kind of noise cancelling discrimination you can only get with active digital blocking, and that’s exactly what’s offered by Sony’s WI-SP600N.

One more thing to note about noise cancellation for the SP600N is that even though all the customization options are toggled through Sony’s headphone app, you don’t need the app to turn it on. Instead, Sony has wisely placed an on/off switch on the physical device, so anytime you want to toggle noise cancellation, it doesn’t have to become a multi-step process.

Comfort is an issue for all headphones, but it’s especially important when it comes to in-ear headphones. Devices that are worn directly inside your ear can easily feel uncomfortable. Thankfully, when it comes to in-ear headphones, Sony has a dynamic approach to comfort. In the case of their SP600N, that approach involves including a variety of silicone connector replacements, spanning four different sizes.

The rubber silicone connectors themselves have been sliced into a thin fin, made to fit against the contours of your ear. The result is a secure and cozy fit. And it may be worth noting that the tighter seal provided by this design helps facilitate better noise cancellation, so comfort is largely a byproduct of good sound design. Apart from the replacement connector tips, other extras include a micro-USB cable for charging, and two arc supporters. 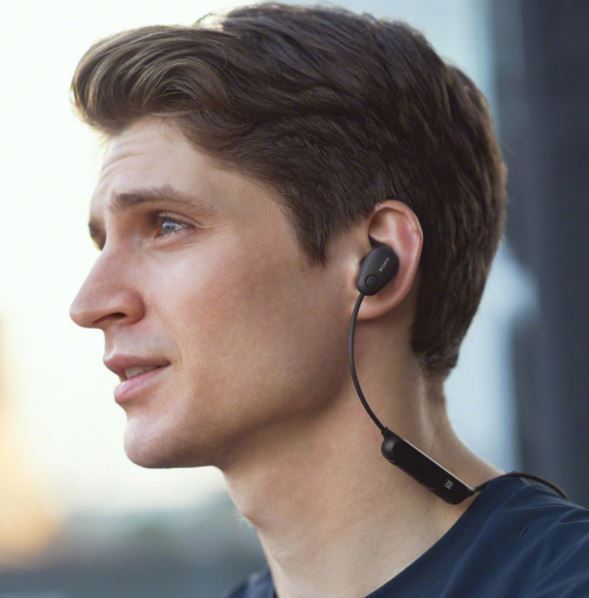 Sony’s WI-SP600N offers six hours of battery life from one charge, with a number of caveats. That six hours was measured without including noise cancellation features, and taken using medium levels of volume. Noise cancellation is a battery-intensive feature, making it responsible for about 20% of the battery consumption of the device.

If you listen to your music at a particularly loud volume, you’ll find the battery life is closer to four hours. The good news is that you may not have to listen to your music as loudly as you do on other in-ear headphones because the SP600N don’t rely on volume to help drown out surrounding noise. That’s not only an advantage for the batteries in these headphones, it’s clearly better for protecting your hearing.

To get a full charge, it takes about 90 minutes using the included micro USB cable. Supported standby time is up to 200 hours with the noise cancelling feature turned off. With noise cancelling on, standby drops to 10 hours. But it’s nice to know these headphones can be effectively used as a light noise cancelling device even when you’re not listening to music. 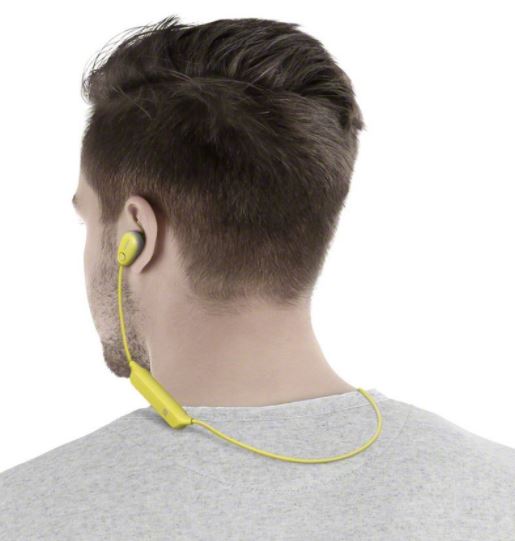 NFC is a feature that offers one-touch Bluetooth connections. Whether or not NFC is a critical feature or simply a pleasant bonus depends largely on the type of Bluetooth device you’re talking about. In the case of headphones, you’ll likely going to be connecting and reconnecting your hardware to a number of devices on a regular basis. That being the case, NFC is a critical time saver, which is why Sony has included it on the SP600N.

After you’ve decided to take your headphones wireless, there’s little reason to not stick a microphone on them. The WI-SP600N use a built-in mic, positioned behind the cable portion of the device. With its help, you can access fully hands free calling. You’ll find similarly strong support for all your favorite voice assistant apps. In terms of connection range, the SP600N offer slightly more than 30 feet. And for the purposes of the athletes these headphones were made for, that range should be more than enough. 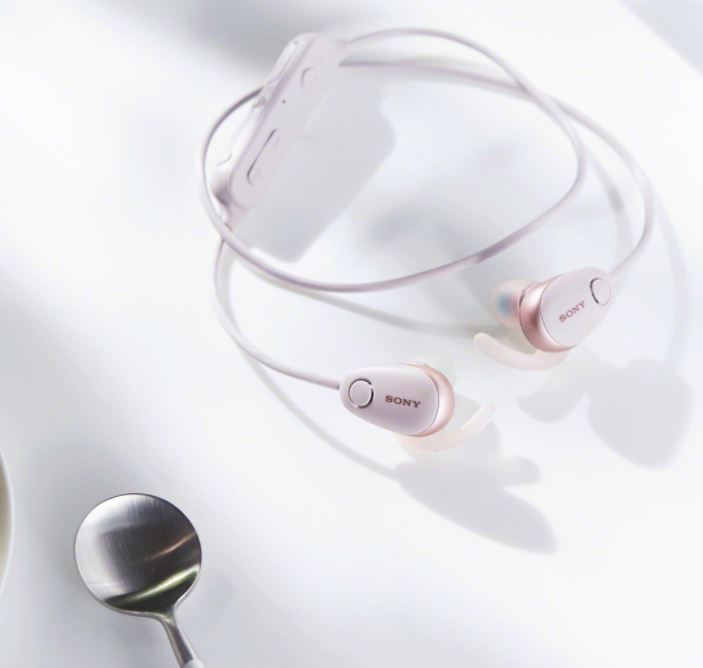 Who Should Choose the WI-SP600N?

Earbuds are small, batteries are big, and noise cancellation is a feature that burns through electricity. Sony’s WI-SP600N is a delicate balance of size and performance. The SP600N was built with athletics in mind. It’s made for someone who’s listening to a podcast while they’re at the gym, or someone who wants to take their favorite albums for a jog. If you need noise cancellation on extremely lightweight and portable headphones, then they’re a great choice.

If you want a truly wireless design and don’t mind losing battery power in the process, Sony’s SP700N will be a better option for you. And if you’re doing most of your listening in areas where noise isn’t much of an issue, you’ll want to consider the SP500N. But if you’re looking for some earbuds you can use while working out, you’ll have a hard time finding something better suited for it than the SP600N. Active noise cancellation isn’t something you’ll find on many other headphones, and fewer still with an in-ear design. That makes the SP600N a diamond in the rough for almost anyone who uses in-ear headphones on the go.