4K televisions have been out for a while, but it’s only recently that they’ve become affordable. Typically, when a 4K TV’s price screams “too good to be true,” consumers know that some compromises much have been made.

Part of the issue has to do with the way TVs are sold, and how consumers understand the specifications. Often, something that looks good on paper doesn’t perform as well as you’d expect in the real world.

We’ve got a thorough understanding of flat-panel technology, and we’ve been on the lookout for a TV that has the features we like. Now that Sony’s brought their X720E series TVs to market, we may have found it. In this review, we’ll be going hands on to see how it performs. We’ll go in-depth and explore each of the features, and help you decide if this is a good fit for your own home theater system. 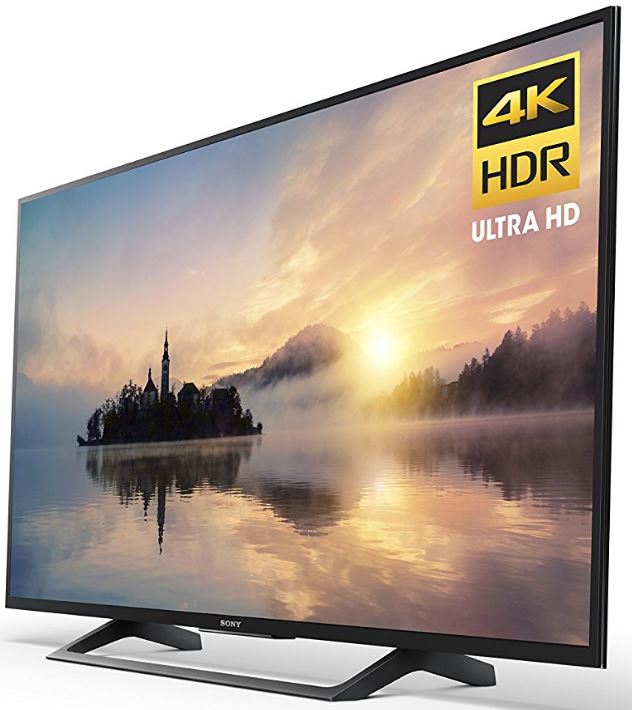 The Sony X720E Series televisions are available in three different sizes: 43, 49, and 55 inches. As a modern smart TV, you have access to all of the streaming services you subscribe to, and Sony is known for being highly compatible with current apps. You get both 4K and HDR, which are two core features we look for in a modern TV. To top it off, Sony is bringing a ton of new technology to the table including an advanced sound system, digital video processor, and cutting-edge display technology. But can this TV keep up to the high standard Sony has set for themselves? There is only one way to find out. 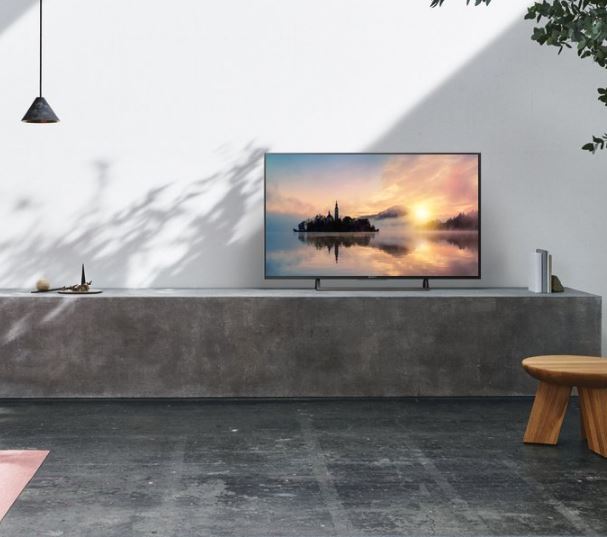 Designing the enclosure for a TV is challenging. On store shelves, you want it to be eye-catching and modern. But when in use, you don’t want to take away from what really matters – the picture. With this model, all we have to say is that Sony nailed it. The bezel around the screen is almost impossibly small; and has crisp edges to draw the eye in. It’s got an aluminum finish, so when you give it a close inspection, you can tell that this isn’t your ordinary budget-brand TV.

What stands out the most is the stand. The combination of sharp outer edges and smooth internal curves have a very modern feel to them and give an elegant feel to the TV.

This design isn’t just about looks, functionality was also a concern. There are cut-outs on the back of the TV that allow you to route your cables. From the front, you won’t see any cords dangling behind. In a modern living room, this adds a sense of cleanliness to your media center.

The minimalist facade carries over to the back, where you’ll find a simple yet adequate selection of ports. You’ve got three HDMI ports, one USB port, a component input, and a composite SD input. The built in the wireless card will get you connected to your home network, so this covers all of the basics.

As with any 4K TV, you know to expect unbelievable levels of detail, razor-sharp lines, and rich textures. But what will capture your attention the most is the HDR. This TV supports HDR10 – the industries leading standard. With the old standard, you’d get a palette that was almost too vivid to be real. With HDR 10, you get the same “wow” factor, but a layer of realism has been laid over top. It’s impressive, yet believable. In movies, this creates a cinematic experience rivaled only by the theater, and adds a whole new dimension of engagement.

The smaller TVs are almost a little too small for 4K. The video still looks great, but it’s only when you sit directly in front of the TV that you realize what the platform is capable of. That being said, there is still a marked improvement over 1080p, but if you opt for the 55-inch version, you’ll be duly rewarded.

Side lit TVs, such as this one, have been historically plagued with issues. This includes reduced contrast and light spill. Ever notice that when you have one bright spot on a TV, the pixels around it seem a little brighter? This is the most common issue.

Side-lit TVs are still in high demand as they can be a little more accurate, and they’re often cheaper. With this in mind, we expected some issues with the brightness, but we were pleasantly surprised. Several light guides are installed behind each pixel, which allows the panel to direct the light more accurately. The end result is something that approaches studio quality.

Although the TV is capable of getting incredibly bright, the light is heavily localized. High contrast images are extremely sharp and well presented. By default, however, it’s still not quite as vivid as a direct-lit TV.

Sony addresses this problem with their Dynamic Contrast Enhancer. This is a filter that modifies the colors being sent to the TV, compensating for the minor issues in the presentation. This gives consumers a choice. You can have the natural, well-presented color of the default panel, or the attention-grabbing contrast and vivid colors of the enhanced version. In our eyes, the natural image looks best on television, while we prefer the improved contrast for movies. 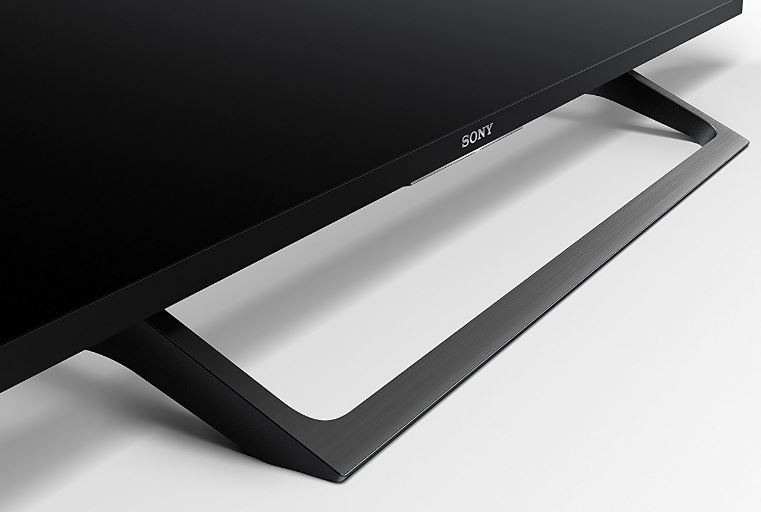 Sony’s smart TVs are based on Google’s operating system. If you like your Android phones, you’ll love this platform. They have the best app support of any system out there. No matter what streaming service you subscribe to, you can expect to find it supported. 4K is supported by Amazon Video, YouTube, and Netflix. Since the latter two are the most popular services available online, Sony has provided direct access to them via two dedicated buttons located on the remote control. 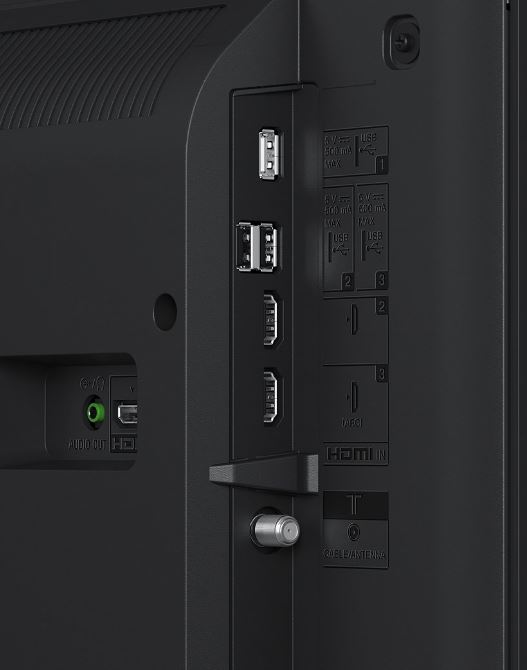 Generally, the built-in speakers on your TV are unremarkable at best. We’d only use them if we were throwing on some TV in the background, or if we were trying to keep the noise down. But the X720E has some of the best integrated speakers we’ve used. They have extremely crisp treble, a clean and smooth midrange, and a light but present bass. They’re not going to suck you into your favorite movies the way a proper 5.1 system would, but we’d have no qualms if these were the only speakers we had for an extended period of time.

Ever since the first 4K TV hit the market, upscaling has been available. From a technical standpoint, this is easy since 4K is exactly 4x the resolution of 1080p. Just turn one pixel into four, and you’ve got an upscale image.

Even though this meets the technical definition of upscaling, this isn’t true upscaling. Sony has set the bar higher with their X-Reality Pro chipset. X-Reality Pro is a video filter that analyzes your HD signals and attempts to enhance the image to look best on a 4K screen. The final product looks a little sharper, and edges have been smoothed to a crisp finish that is noticeably improved over your 1080p set. Although it’s not on the same level as 4K, there is a noticeable improvement compared to competing platforms.

Despite being an entry-level TV, Sony’s provided us with all the features of modern high-end televisions. But there is one feature we find ourselves wishing for: 120HZ. High refresh rates create a much smoother video, and the TV is already equipped with their well-received video smoothing system. But without a 120HZ panel, this feature is mostly wasted. 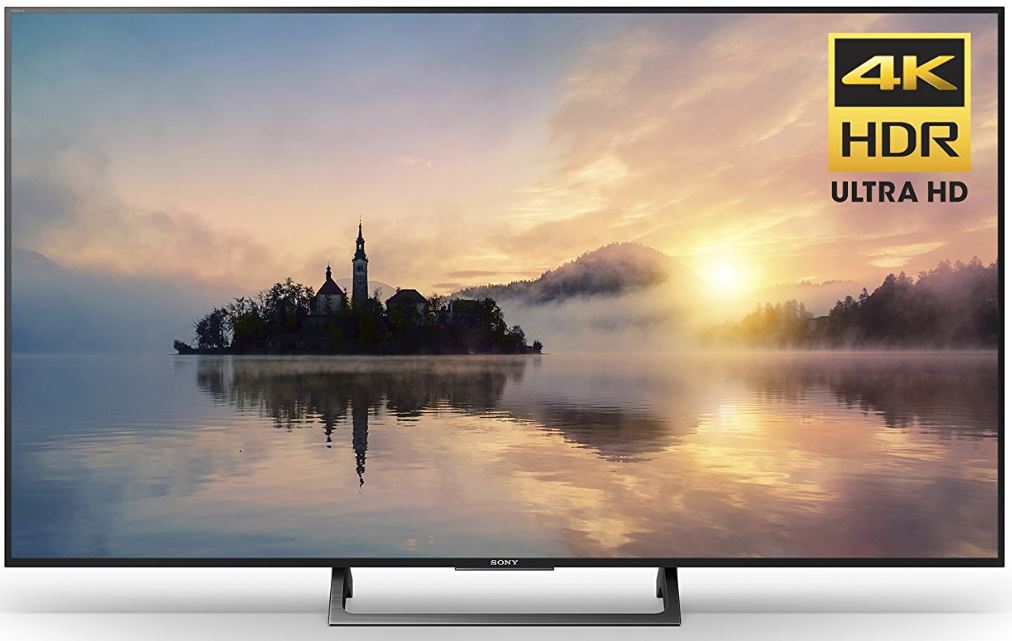 If you’re looking for an entry level 4K TV that won’t break the bank, the Sony X720E is the one. It’s one of the lowest priced televisions that supports HDR10, making it up to date with all of the latest standards. Though the display sizes are a little small for our liking, you do save a ton of money. We’d recommend this TV to anyone who’s limited either on space or on finance. It would make a fantastic bedroom TV, and the high-end speakers mean that you won’t need an external set.

If you’re looking for a larger TV, we’d recommend that you check our review of the X720e’s bigger brother – The X690E. Though most of the features are the same, you get a slightly better panel, and screen sizes up to 70 inches.