TechGuru May 3, 2019 Audio, Earbuds No Comments

Lightweight earbuds get made in a dozen different ways. Sometimes they’re made with a focus on athletic performance, other times they’re focused on helping people make calls. Ending up with the right pair of earbuds really depends on correctly anticipating the way you plan on using your audio. Especially when you’re trying to save a couple of bucks in the process.

It feels like every year that SoundPEATS produces a relatively original new series of earbuds. SoundPEATS equipment tends to be a little hit-and-miss, especially with their earbuds. That’s partially because they actually try experimenting with new things. But here you’ll find the Q31 Magnetic Bluetooth Headphones are a really fairly straightforward pair of daily drivers, and an excellent return to form for SoundPEATS. 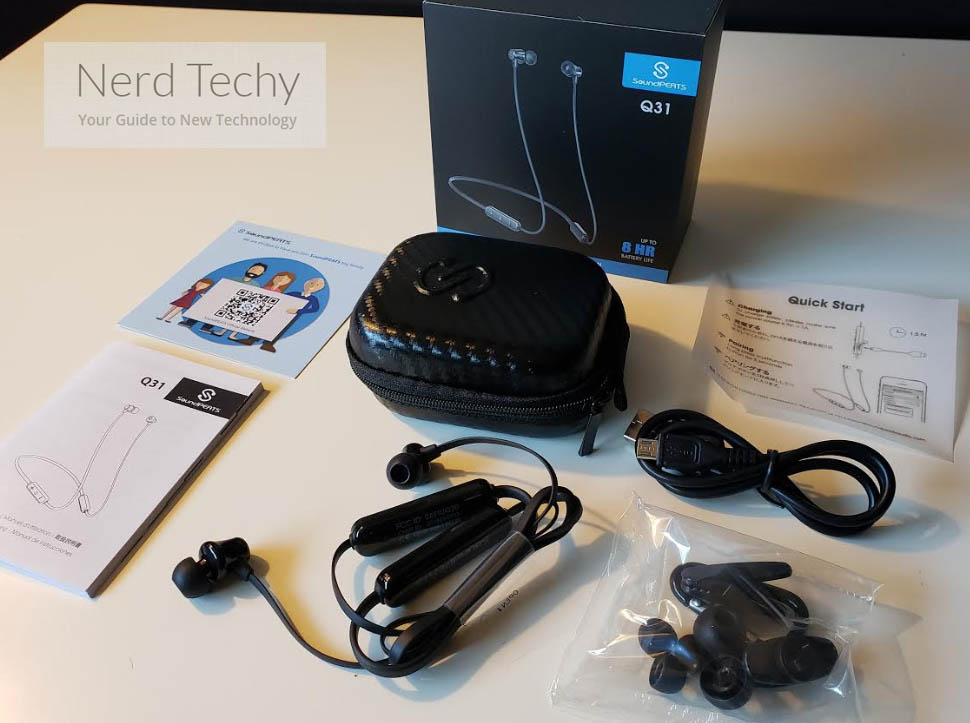 In a lot of ways, these headphones resemble something like athletic earbuds. But they’re actually closer to general-use headphones aimed at anyone who happens to be active, and wants to be listening to music while they’re in motion. Apart from that, you’ll find these headphones have a slight emphasis on helping the user make clear calls.

Of course, anytime you’re trying to pick earbuds around this lower price range, it can be tricky to end up finding a pair that doesn’t cut corners in one way or another. With the Q31, you’ll find plenty of corners being cut — but none of them are things that the average user can’t live without. Which really makes the Q31 a very approachable pair of earbuds for a certain niche of potential listeners. 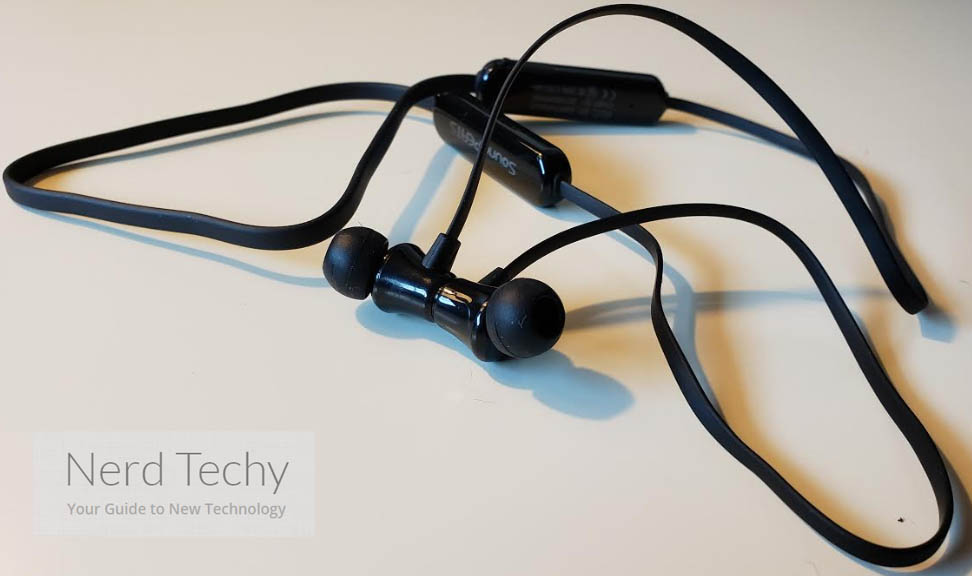 From end to end, the Q31 measure about 17 x 0.92 x 0.68 inches. As you may expect, they’re pretty lightweight, weighing about 0.6 ounces. You’ll find the behind-the-neck cord design isn’t anything revolutionary in terms of new design, but sometimes you don’t need to reinvent the wheel. When something works, it works. And the Q31 manages to combine a lot of common sense design decisions into a single pair of earbuds.

Whether you’re running indoors or walking outside, you probably don’t want to have to worry about moisture damaging your headphones. Here you’ll find the sweat-proof design is backed with a IPX5 rating, intended to help protect these buds from splashes, wet weather, and of course sweat. 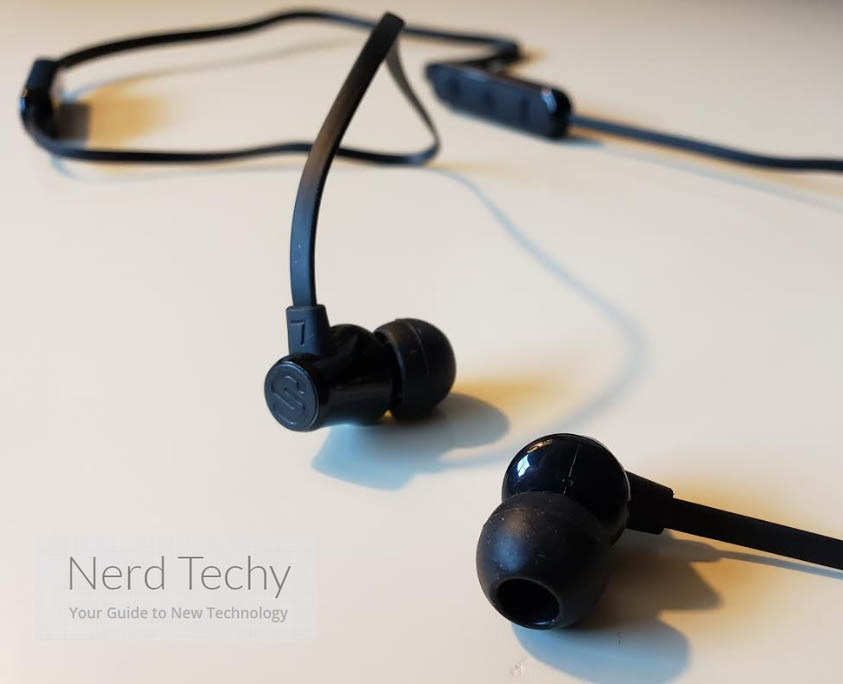 Aesthetically speaking, the Q31 are very similar to a number of different SoundPEATS headphones. This brand seems to love aiming for a professional yet simplistic design. You’ll find a matte black exterior that’s made to blend in rather than draw the eye. And the cabling that runs between each earbud is flattened to help resist tangles, which works very nicely alongside the magnetic design of the earbuds.

What magnetic design, exactly? Well, with the help of tiny magnets positioned near the outside face of each earbud, those bud can be locked together and held in place for transportation. You can attach them together when you’re not using them, and then wear them similarly to a necklace. It’s quite convenient if you need to carry around the earbuds, and it means you don’t have to haul around a carrying case with you.

As with many other aspects of this device, the in-line control isn’t going to turn any heads. Its design is incredibly generic, being centered around a plus button, minus button, and a triangular central call button. Those controls allow you to skip between tracks, raise or lower volume, or interact with call functions as necessary. 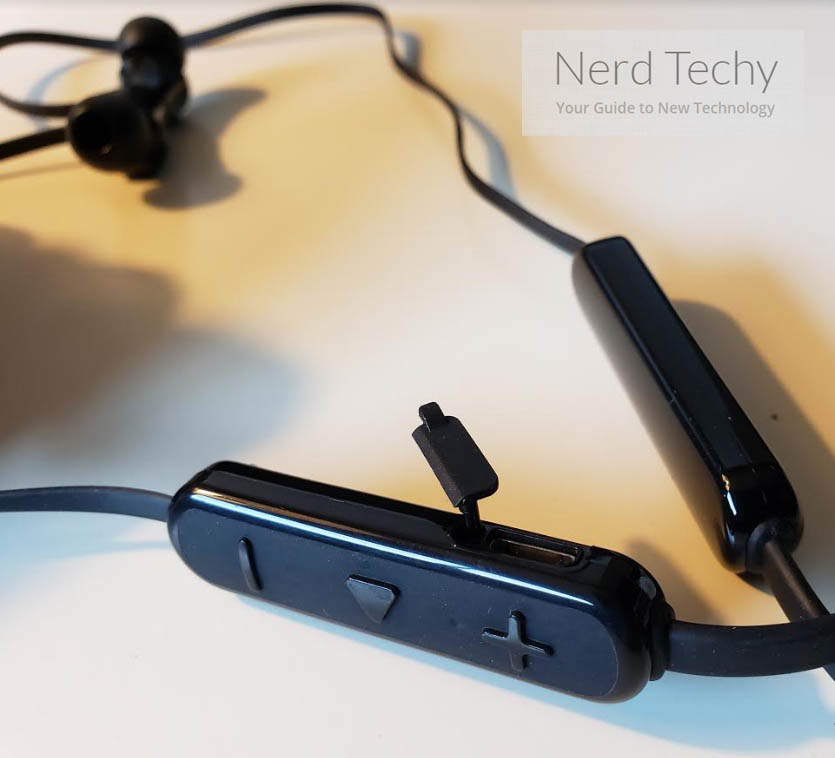 The Q31 are built to provide Bluetooth 4.1. That’s along with the help of CSR 8635 Bluetooth Chip for high fidelity sound. Though this isn’t quite the latest format of Bluetooth, which is Bluetooth 5, you’ll find many of the best benefits of Bluetooth 5 are really only pertinent for selecting between true wireless earbuds. Having a wire which runs between each earbud, the 4.1 format basically works just as well for the Q31.

Another place where you won’t find any extra special capacity is with their connection distance. You get about 33ft of effective range while working with these earbuds. That’s about average for earbuds because it’s enough for most people – but some athletic users might end up wanting more like 50ft, more like the Xcentz S1 Bluetooth Headphones.

These earbuds include four pairs of ear tips. Having four options is far beyond average, literally doubling the offering of many similar pairs of earbuds. Every bit of granularity in size can really matter when it comes to both comfort and noise isolation. Because with headphones like this, the silicone ear-tips are pulling double duty. 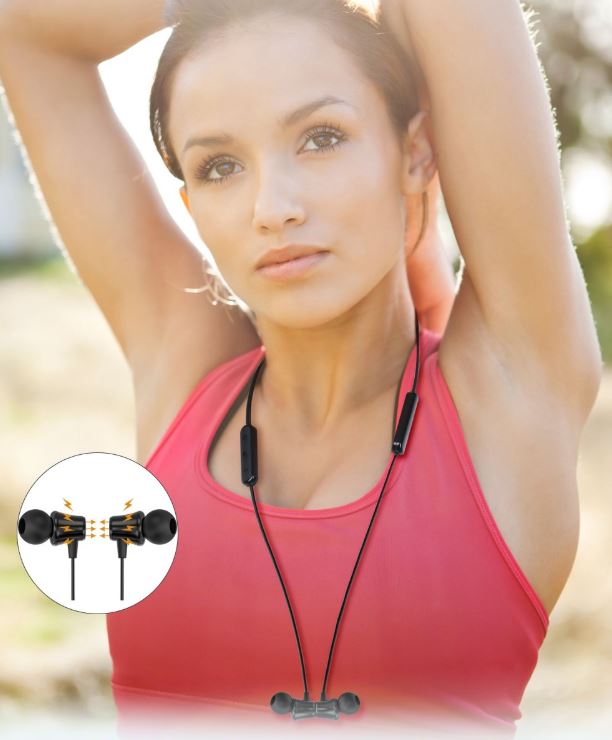 They’ve got to fit perfectly in order to stay in your ear during motion, block noise effectively, and feel comfortable doing it. If you do take the time to find the right size ear-tips, you should also find that the in-the-ear fit is great for active users. They also provide a very effective layer of passive noise protection.

Unfortunately, you won’t find alternatives like memory foam ear tips. That’s probably a good thing because those sort of extra are almost invariably felt in the price of a product, and the Q31 remains so cheap precisely because it’s not showering you with those kind of extras. Nevertheless, their absence is something to keep in mind.

From a superficial perspective, the Q31 uses a pretty standard issue electret microphone. It’s the sort of thing you’ll find in hundreds if not thousands of different Bluetooth devices, so anyone who’s used a Bluetooth microphone before probably has a pretty good idea of what to expect when it comes to performance. 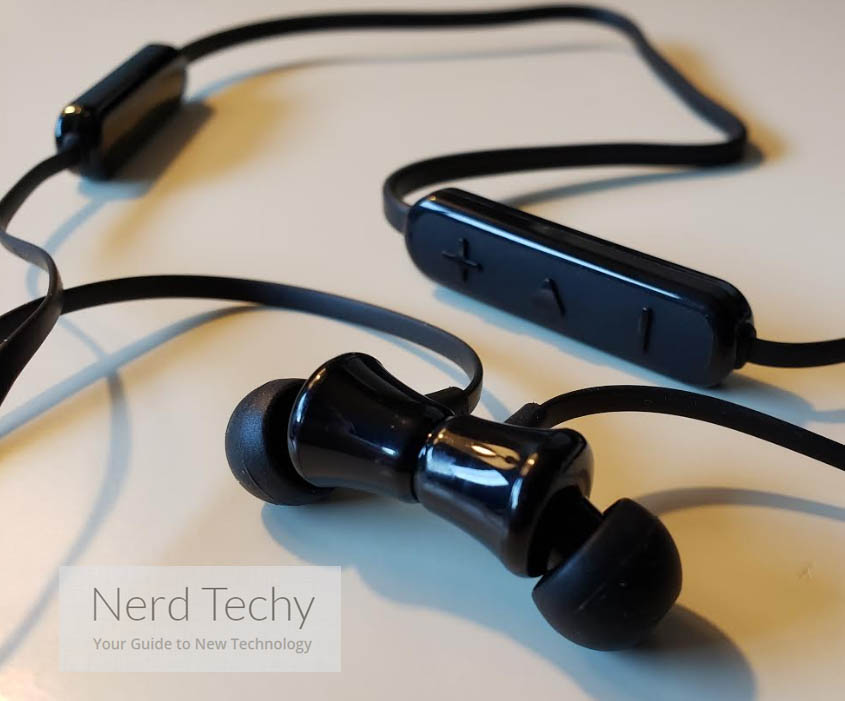 However, the Q31 took that basic microphone and gave it a couple of improvements. More specifically, these headphones were made to utilize CVC 6.0 noise cancelling technology. For people who aren’t familiar, that tech basically layers some ambient noise behind your voice during a call.

This effectively manages to block out around 25dB of noise around you, which can actually make for far more professional and clear-calling communication. Though still not business-quality calling, these headphones creep close to it.

The SoundPEATS Q31 were made to provide a grand total of about 8 hours of playtime. Whether or not you manage to achieve 8 hours will depend on how you decide to use these earbuds. Suppose the only thing you do is take calls. In that case, you’ll probably find these earbuds can deliver closer to 10 or even 12 hours of capacity.

But what if you’re out in a cold park, listening to your music at 95% volume? That being the case, you’ll find the lifespan of these earbuds is probably a bit closer to 6-hours. Not bad, but something to keep in mind when you’re forming your performance expectations.

Another thing that’s easy to appreciate is that these earbuds support a battery indicator for iOS and Android. Even though there’s no on-device battery indicator, you can check up on the battery power remaining inside the Q31 by looking at the mobile device it’s connected with.

One small issue. These earbuds are supposed to charge with a 1A connection. That’s a bit slower than you’ll find with earbuds that charge with USB-C. Which means you actually find these headphones recharge a bit slower than a number of similar pairs. It takes about 100 minutes to totally recharge these earbuds. Another minor issue with the battery is that standby time works out to be about 120 hours. That’s low-average, and shouldn’t be a concern for many people. 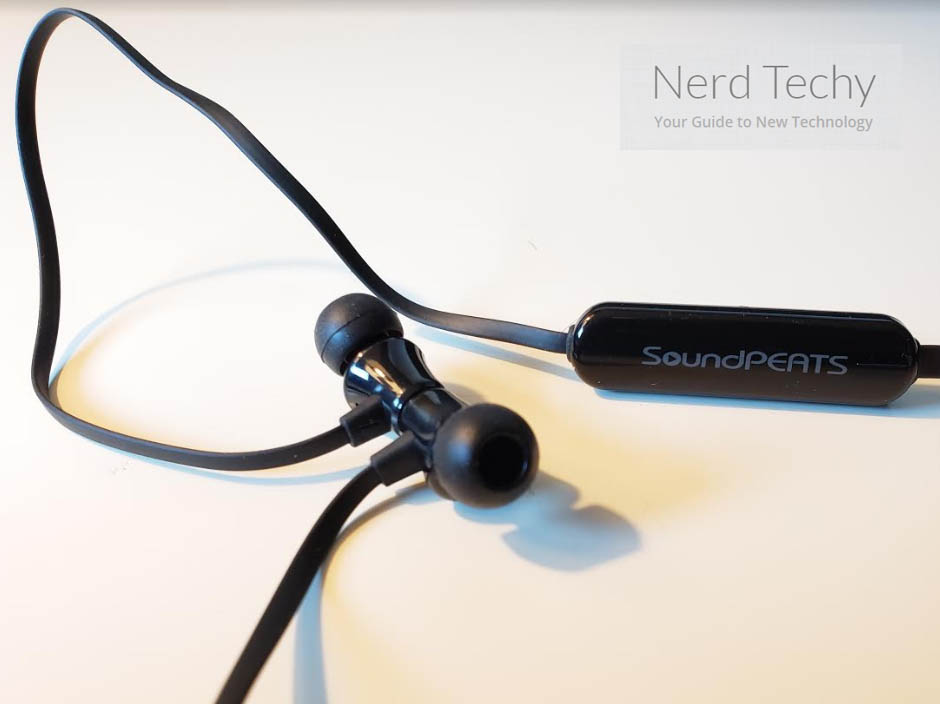 The reason why the SoundPEATS Q31 are so inexpensive is largely because they’re not doing anything too special or unique. That’s basically true of their drivers, too. Here you’ll find the Q31 are constructed with pretty much the most common sort of dynamic drivers that are widely used by headphones today. They’re made to be excellent at delivering mid-tones, and reproducing voices, but aren’t truly well-rounded.

As fairly ordinary audio drivers, they manage to complete a standard frequency response running 20Hz-20KHz. Though if you ignore how common the hardware is for a moment, it’s worth noting that SoundPEATS has tuned these drivers using the same techniques they use on some of their much more expensive gear.

The bass is about as limited as you can expect from almost any similar pair of earbuds. But the treble range is actually quite well-defined, which helps allow the Q31 do deliver on a steady and consistency degree of clarity. Which is really what people are looking for from a pair of headphones around this price, isn’t it?

The Q31 are compatible with basically anything you might want to connect them with. That includes the iOS devices, Android devices, MP3 players, and so forth. It may also be worth noting the Q31 have native support for Siri. Nothing to brag about, but that’s a nice extra for people who use Apple devices.

In addition to the Q31 headphones, this package includes a pair of cable clips, a charging cable, and a small hard shelled carrying case. Strictly speaking, the carrying case isn’t necessary due to the magnetic design of these earbuds. But it’s actual pretty nice to have under a number of different circumstances, even if it feels a little silly to carry a case that isn’t capable of helping recharge your earbuds. SoundPEATS also includes a one-year warranty with the Q31. 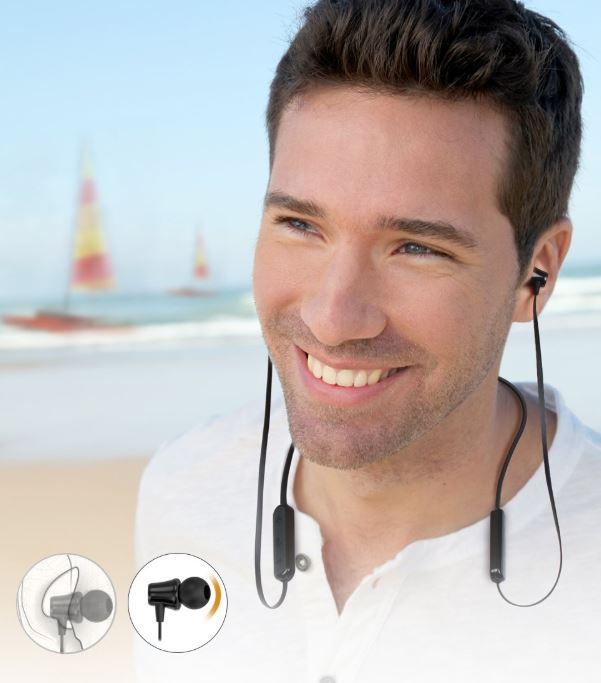 The SoundPEATS Q31 deliver on a variety of essential features — but they lack a lot of the fun extras that can really help a pair of headphones excel. Extras like charging cases, ANC, and different styles of ear-tips aren’t something you’ll find here. Moreover, these headphones aren’t exactly going to shatter your expectations or make you rethink your relationship to music.

But if you’re looking for a bargain, you might like what you will find. Because the Q31 were made for people who are trying to find value. Being available for under $30, they do deliver a steady and reliable source of sound that persists through rain and sweat. And with a soft emphasis on call performance, these headphones are probably a good pick for someone who takes more than the occasional call.