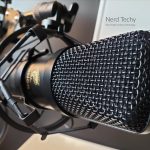 So, you want to broadcast your voice or music to the world? You’re not alone. These days, more people are streaming on Twitch, YouTube, and other services than ever before. Part of this is short term; with everyone stuck at home, people are expressing themselves however they can. But part of it’s part of a longer-term trend. Even before COVID, streaming platforms were growing at a breakneck pace. There’s no reason to think that shouldn’t continue long after lockdown is truly ended.

Of course, all of this competition means that audiences expect more than they used to. 10 years ago, you could launch a successful streaming channel with a cheap webcam and a ukulele. Nowadays, you’re up against the likes of Joe Rogan, the Tonight Show, CNN, and VEVO. No matter what type of content you’re producing, chances are that there’s an alternative with premium production value. This isn’t to say you can’t become successful by streaming. You absolutely can! But you’ve got to be willing to invest a bare minimum in your equipment. Depending on your type of content, this might mean an HD camera, a green screen, or a capture card. But no matter what you’re doing, you want people to hear your voice, and that means a good quality microphone.

Today, we’re going to be reviewing the TONOR XLR (TC20) Condenser Microphone Kit. As the name implies, this is a complete kit that includes the mic, stand, and wires. This makes it a great value if you’re just getting started as a streamer. But does it perform as well as other microphones in its class? Or should you be looking elsewhere for a better option? Let’s take a closer look, and see how the TC20 compares to the competition! 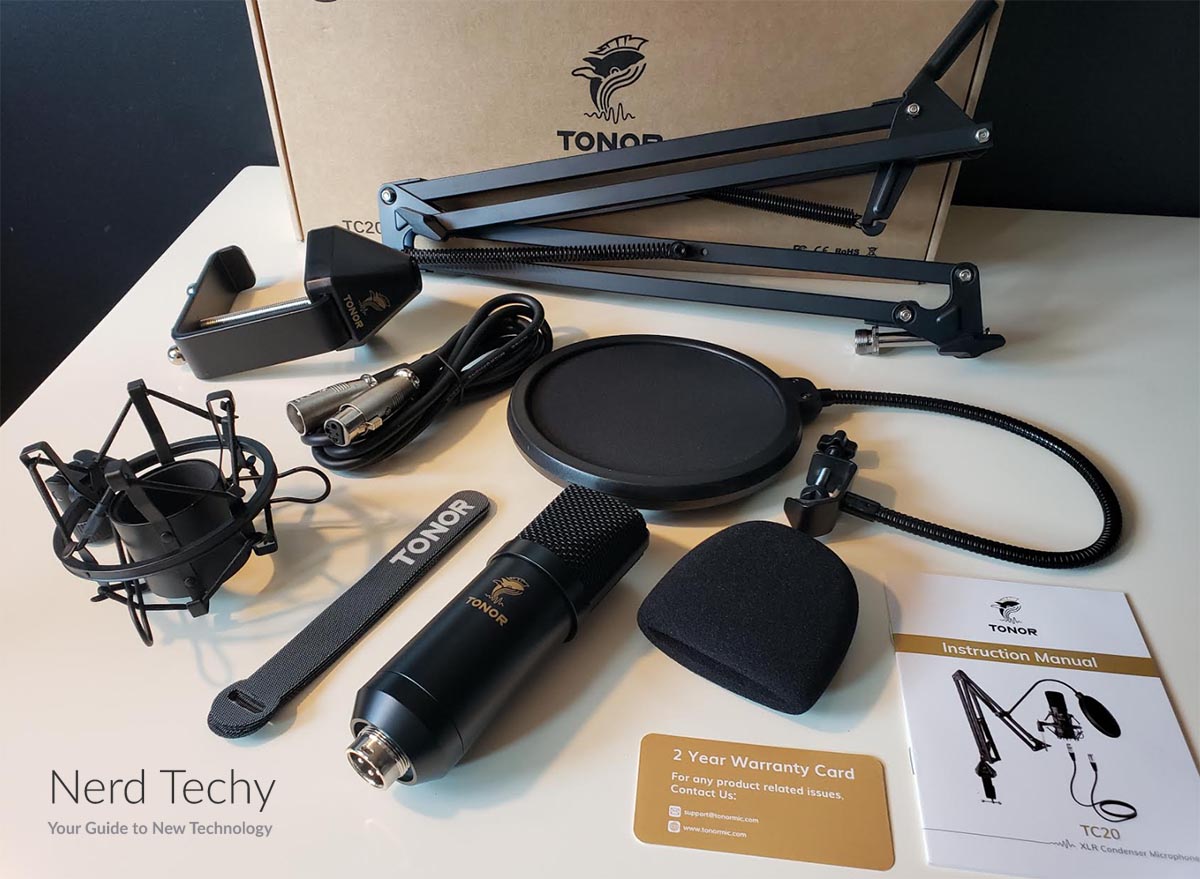 The TONOR XLR (TC20) Condenser Microphone Kit includes two primary parts: the microphone and the stand. It also comes with a shock mount, pop filter, mic cover, and an XLR cable for your mic. There are even four cable ties in the kit, which makes cable management a snap. You can run your wire freely, without having to worry about it getting pinched in the boom’s hinges.

And believe us, that would be a major concern if you didn’t have some cable ties. The boom has not one, not two, but three hinges. The base hinge has a range of 90 degrees, and can pivot 360 degrees to reach any part of your desk. The 13.8-inch lower arm meets up with the 13.8-inch upper arm at a second hinge, with a 180-degree range. Finally, the microphone mount at the tip of the arm has a 270-degree hinge. Regardless of how you want to position your mic, you’ll have more than enough flexibility. 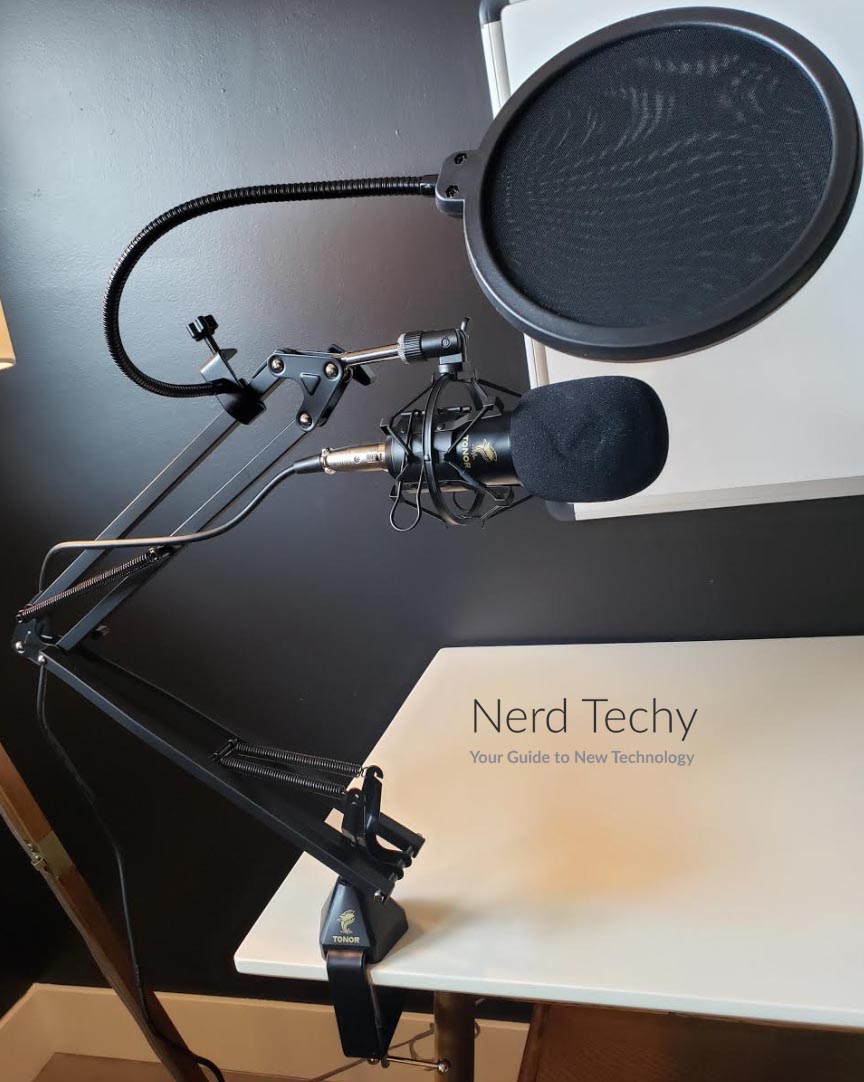 Mounting is also very easy. The base clamp can open up to 2.4 inches, wide enough to fit just about any desk. It has a pentagonal design, with a wide base that won’t mar most surfaces. Of course, if you’re terribly concerned about your desk’s surface, it’s still advisable to use a cloth pad. Regardless, the stand is quite durable, and can support mics weighing up to four pounds. That’s nearly twice as much as the TC20 mic, so capacity is no concern here. The arm is nice and flexible, but still provides plenty of resistance once it’s in place. Our only minor complaint is that the springs squeak a little when the mic is moved. This might be an issue if you like to move your mic around while recording.

That said, there are any number of microphone boom arms available. If you’re not a fan of the TC20’s design, there’s no reason to limit yourself to a single option. Check out our list of the best microphone boom stands to see our other top choices. 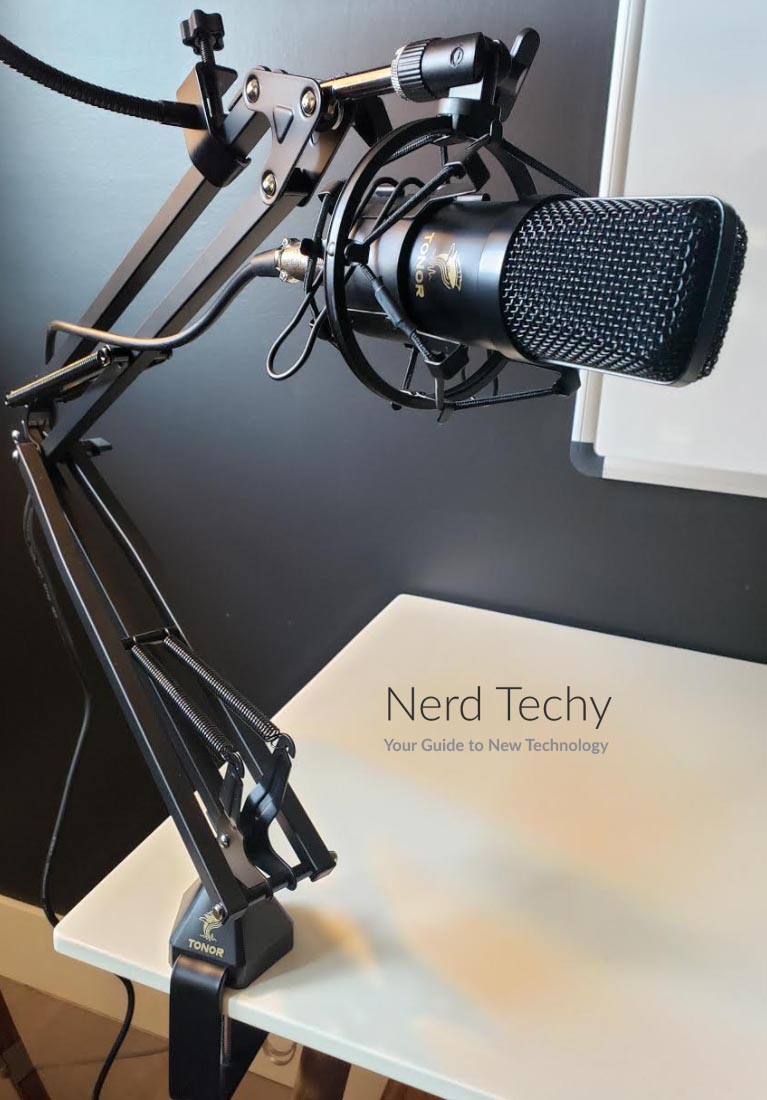 The TC20 mic itself has a cylindrical shape, with a metal grille over the top half. The front sports a gold TONOR logo, but the rest of the body is bare black anodized aluminum. It’s quite attractive, and will fit easily in any standard shock mount. Not that you’ll need to worry about providing one. The TC20 kit includes an aluminum shock mount with elastic supports. Even if there’s a lot of vibration in your recording area, the mic will remain cool and steady. If wind is a concern, you can simply cover the mic with the included foam mic cover.

The included XLR cable is only three feet long. If all your equipment is on your desk, this won’t be a problem. But it’s something you should be aware of if you want to make a longer run. 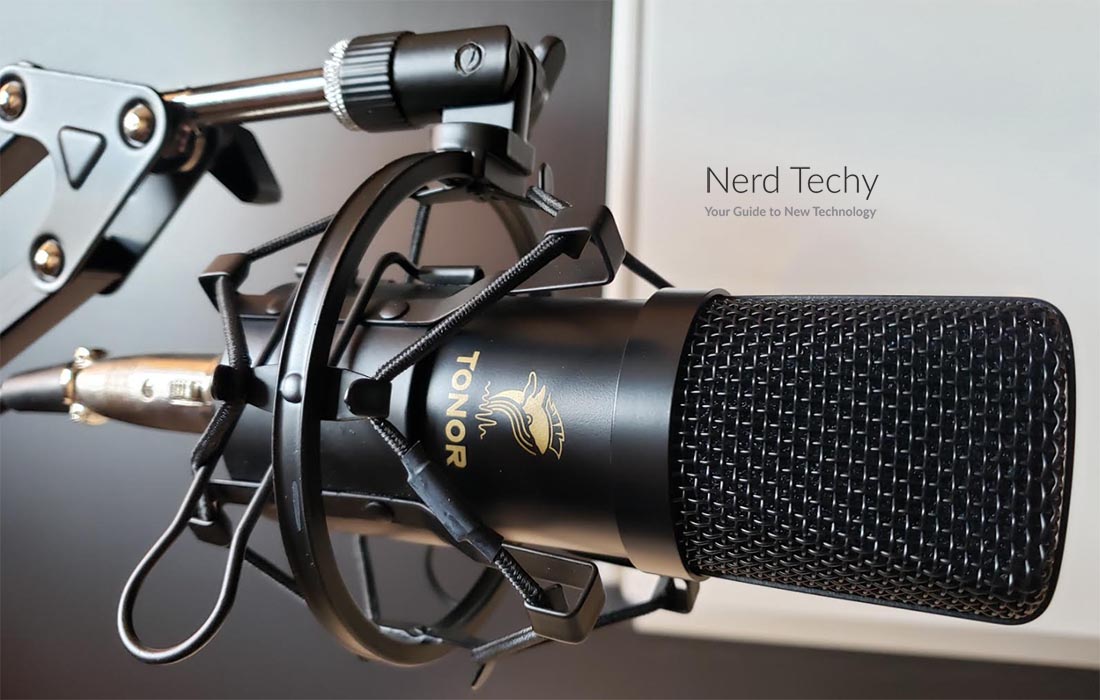 Like most condenser microphones, the TC20 records in a cardioid polar pattern. This is a fancy way of saying that it picks up virtually everything from the front and sides. Conversely, it picks up virtually nothing from the rear. This standard pattern means that placement in an existing studio should be relatively painless. If you’re setting up a new studio, just avoid putting the mic with its back to a wall. In this position, even the cardioid pickup pattern won’t save you, and you’ll get some nasty room echo. This isn’t unique to the TC20. It’s part of setting up any cardioid mic. 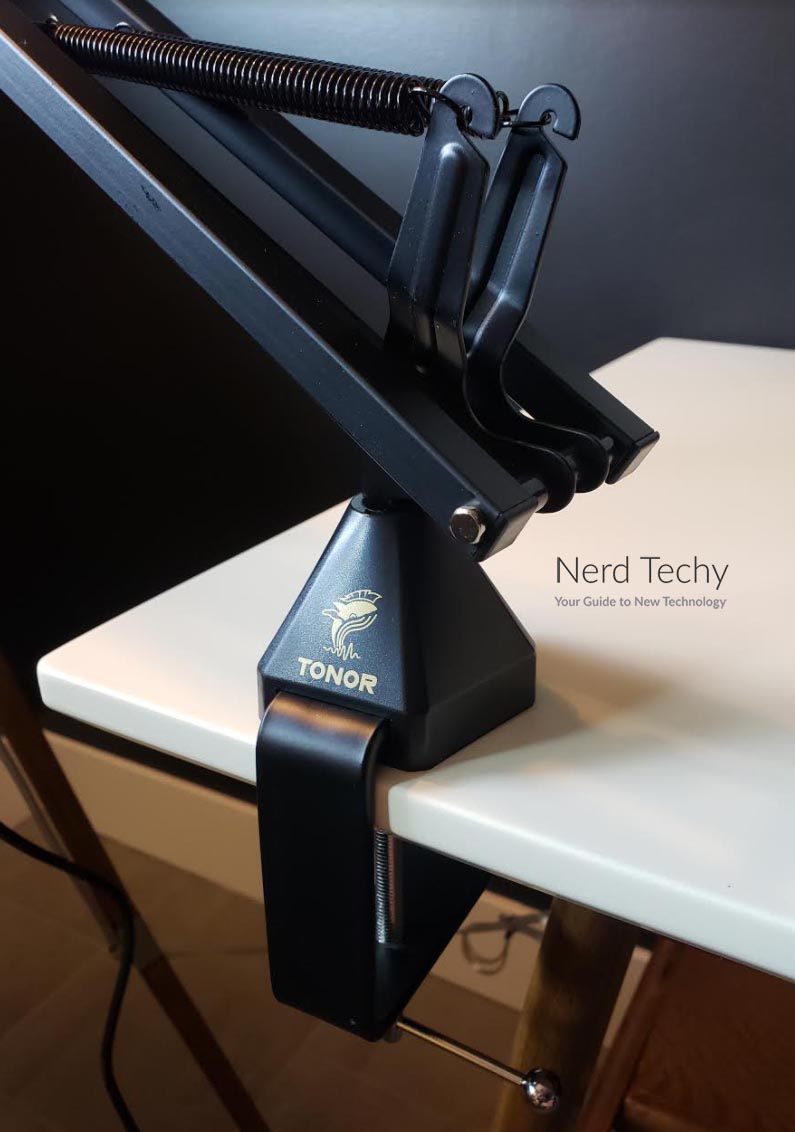 The audio quality itself is reasonably good, especially considering the price. The main downside is the bass response. It’s not that the TC20 won’t pick up bass. It’s that the richness of the bass is lacking, and it sounds a bit muddy. You can clean it up just fine with some EQ adjustments, but it’s still something you’ll have to deal with. Other frequencies, on the other hand, all sound very good. Highs are crisp and clear, and mids have plenty of richness. They won’t get muddied up by bass, although heavy mids can make the bass sound muddier. Regardless, you’re looking at a great mic for the price, especially for spoken voice recording.

One thing we did like was the built-in FET preamplifier. It doesn’t provide the same warmth as a dedicated preamp unit. That said, it’s low noise, and it does provide a noticeable amount of extra warmth. Considering the fact that most condenser mics don’t have any kind of built-in preamp, this is a good value. Not only that, but the mic’s dynamic range is very wide. It covers the complete range of human hearing, plus a little extra. This means you won’t miss out on details or extra harmonics when you’re recording high frequencies. It helps with lows, too, although you’ll need to do some EQ work to bring that out. 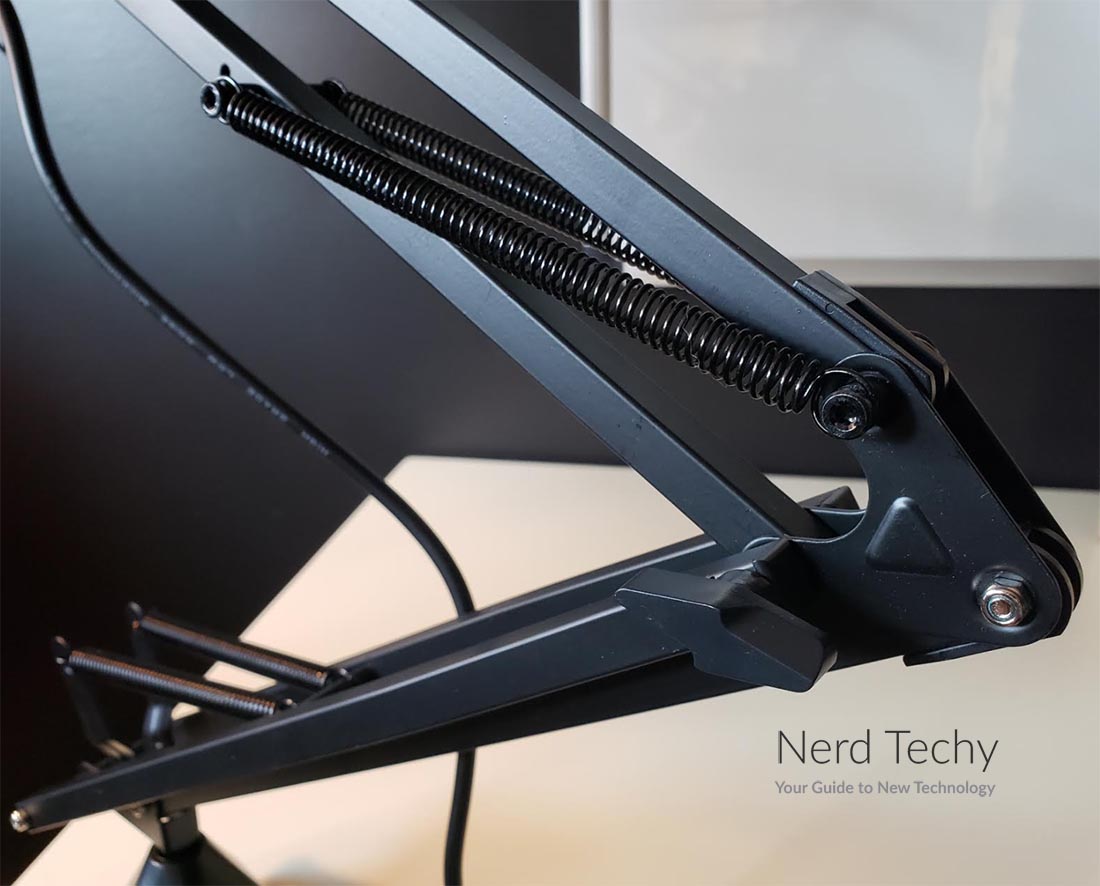 The TC20 is an XLR microphone, not a USB microphone. If you’re familiar with tech but not with audio equipment, you may not have heard of XLR. But if you’ve ever sung karaoke or performed in a high school play, you’ve seen it. It’s the fat cable with a three-prong tip that locks together. This has been the audio standard for decades, whether you’re in the studio or live in front of an audience. As a result, the TC20 mic isn’t just useful with your computer. It’s a great all-around mic anywhere you need a condenser microphone.

The downside of this design is that you’re going to need some extra equipment to get started. First off, you’re going to need a way to convert XLR audio to USB or 3.5mm. This way, you’ll be able to send a usable signal to your computer. Second, you need phantom power, which is a 48-volt power supply that’s sent via XLR. This is essential for powering any kind of XLR condenser microphone. 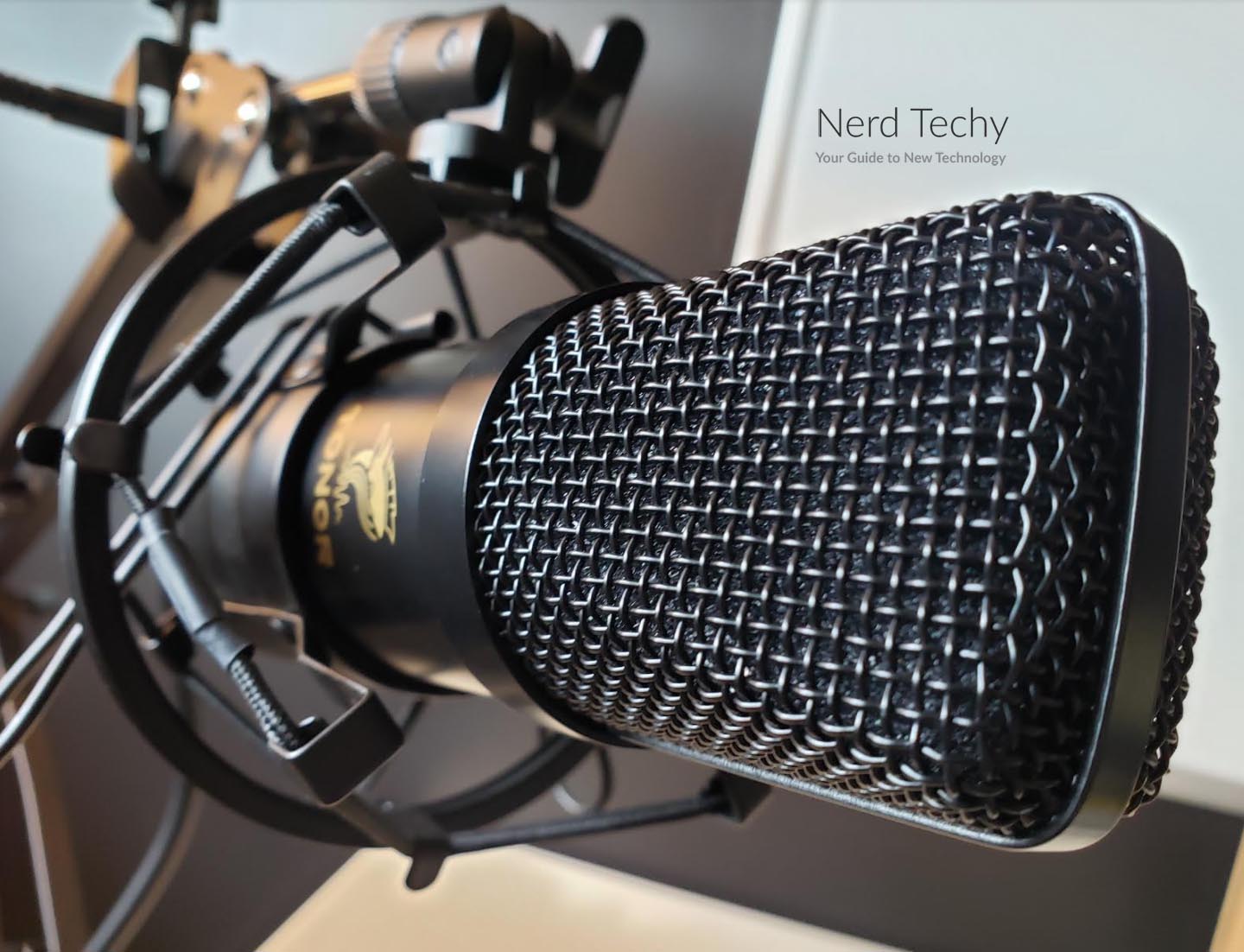 There are a couple of ways to do this. The first is simply to use an audio converter that supplies phantom power. This is a common feature, since you need it to run a condenser mic as opposed to a dynamic mic. Another option is to use a separate pre-amplifier. Not only will this supply power, but it can also provide some drive to add warmth to your voice. Pre-amplifiers are available in both solid state and old-school vacuum tube designs. Which type you prefer is a matter of personal preference.

With all of that being said, maybe you prefer a simple USB mic. This way, you can just plug into your PC and use your favorite recording software. The TONOR Condenser Microphone is a basic USB mic that includes a small desk tripod. It doesn’t offer the same audio richness as the TC20, but it’s easier to set up. 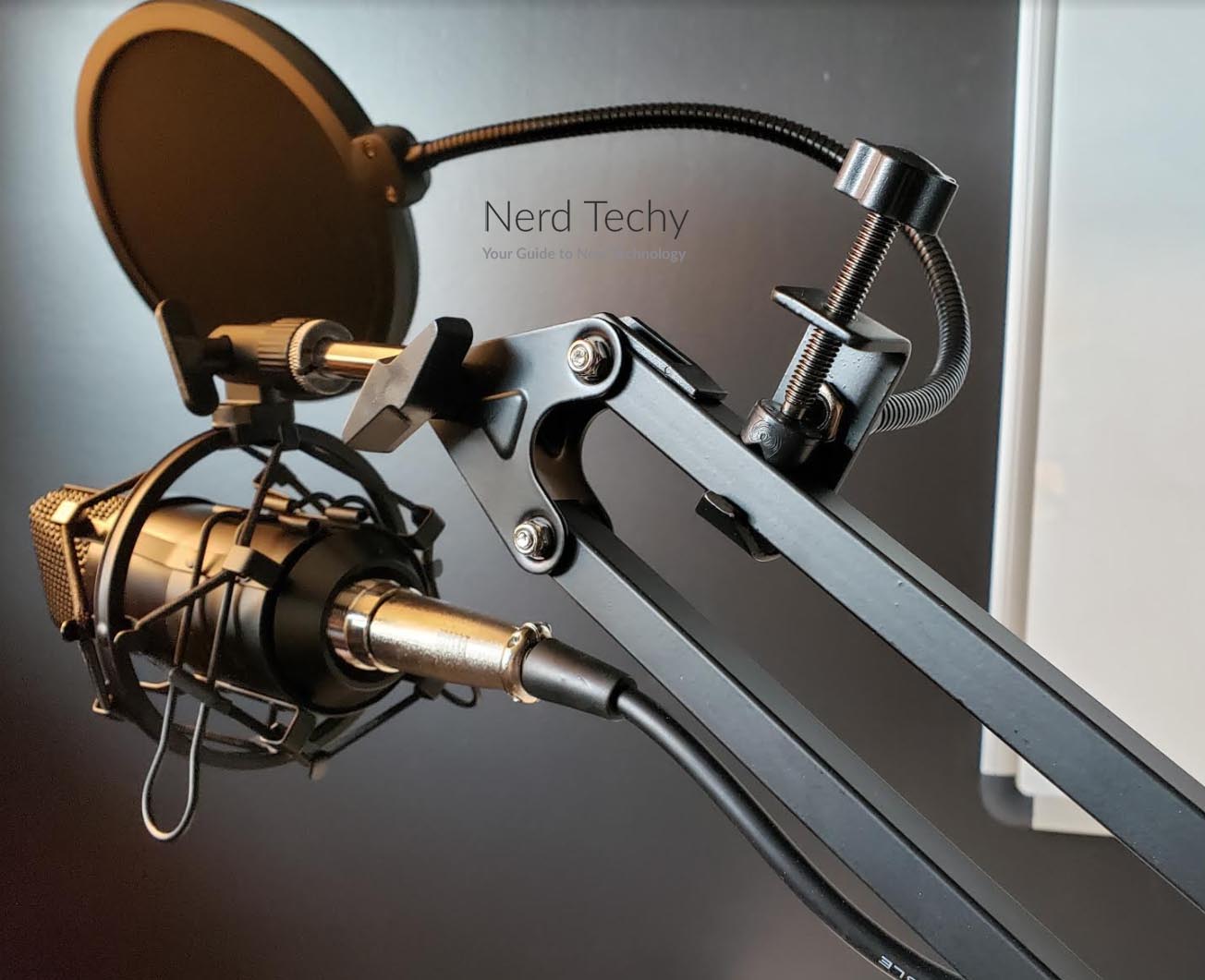 So, is the TONOR XLR (TC20) Condenser Microphone Kit a good investment? Or should you be looking elsewhere? Let’s start with the quality of the build. In a word, there are no real issues here. The support arm is nice and heavy, with plenty of reach. The mic itself is well constructed, so you don’t have to worry about it getting damaged from a minor ding. The accompanying accessories, such as the cord, clamp, and pop filter are also well designed. If you’re looking for a build that simply works, you’re looking at it right now.

The sound quality is about what you’d expect for the price point. The cardioid pickup pattern is nice and even, with minimal pickup from the back side. The sound is also nice and rich, with plenty of warmth for the most part. Our only quibble here was the bass, which is a bit weak and muddy. Even so, that’s nothing you can’t fix in post-production with a little fiddling with your EQ.

When it comes to compatibility, the TC20 is a bit of a mixed bag. It uses the XLR standard, and there’s nothing wrong with that in and of itself. It’s an established standard, and it’s capable of providing top-tier audio quality. That said, if you’re streaming or broadcasting online, you’re going to need an adapter for your PC. You’re also going to need phantom power, although that’s universal on non-USB-powered condenser mics.