If you ever find yourself playing games online, you are bound to hear people talk about their ‘frames,’ and usually when they are frustrated with ‘frame drops.’ Essentially what they are referring to is the FPS or ‘Frames per Second’ that display on the screen. FPS is one of the primary benchmarks used to measure graphical performance in a video game. The primary reason everyone talks about framerate is that the higher the framerate, the more fluid and responsive the game will be.

Just as with motion pictures, the images you see on screens are basically a series of still images that move fast enough to simulate motion. If you had a powerful enough graphics card and could achieve 1000 FPS eyes would be able to tell the difference between the fluid motion of reality and the motion on the screen. Though before you get your hopes up, you should know that with even top of the line hardware and optimized settings, you shouldn’t expect more than 240 FPS from any game. As it stands today, you really don’t need more than 60 to 120 frames anymore if you want a smooth visual experience in the game.

There are a variety of factors involved in determining a games frame rate, including network bandwidth, to anything from GPU, CPU, or RAM limitations. If you happen to experience a low frame rate, the game will seem choppy during movement or when there is a lot of animation on the screen. As every competitive gamer knows, a frame drop can often result in missed opportunities or lost matches and is guaranteed to cause a frustrating experience in high-intensity games.

Getting the Best FPS Performance?

Games today are often designed with the aim of achieving at least 60 frames per second. Though less graphically intensive games might opt for anywhere between 30 FPS and 60 FPS while still providing that fluid experience. You will only begin noticing significant issues if your frame rate drops below 30. Games could have built-in configuration limitations for a specific FPS if the designers determined that the game will perform best, and without unexpected glitches, at some predetermined frame rate. 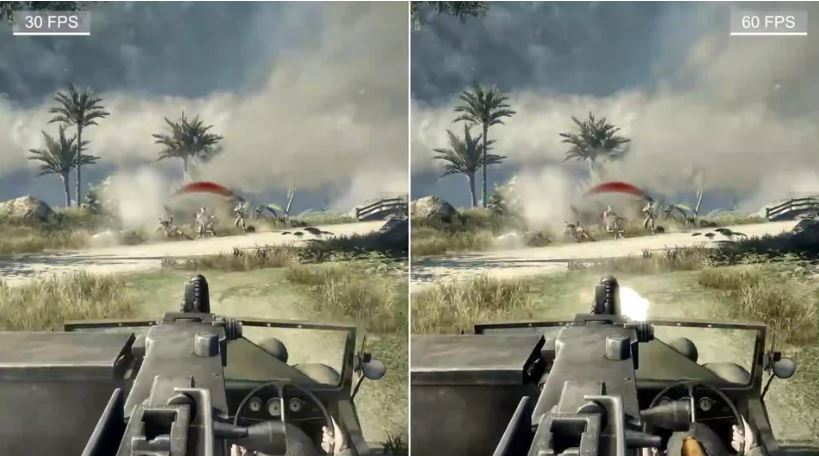 The actual FPS your system can achieve is only limited by the hardware you have, including the previously mentioned graphics card or CPU in your system. Another often overlooked piece of equipment is your monitor. Most monitors have a refresh rate that maxes out at 60Hz, which means even if your GPU can achieve 120 FPS in-game, you won’t actually be able to see more than 60 FPS due to your screen refresh rate.

If you have the best of the best in terms of your hardware, but the game has a built-in FPS max, there are often ways to get around those pesky developer limitations. Most games create an .ini file that the system will use for all graphical settings, including your frame rate. A quick google search for the game you are playing along with ‘.ini file fps boost’ will more often than not, result in some tutorial walking you through making a quick change to boost your performance. A word of caution to those brave enough to start modifying those system settings: Make sure you save a backup copy of the unmodified .ini file because your changes could cause unexpected issues.

Of course, you always have the option of lowing the graphic settings in the game you are playing. Lowering the resolution and graphics quality in the game will almost always result in a higher FPS for the simple fact that it will put less strain on your system so that it can process the data stream more quickly. 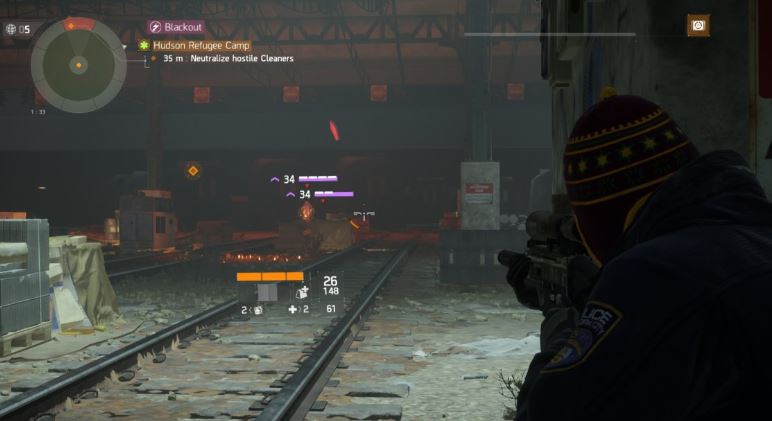 There are many settings that can have an impact on your FPS, but we recommend some simple changes. Making sure your anti-aliasing is set in line with your resolution can have a significant impact. If you want to simply max out your FPS, then the lower the settings on your anti-aliasing, the better, and turning it off entirely could result in a nice boost.

Turning off the lighting and shadow settings in the game will also increase your FPS but might cause the game to look much less visually pleasing, so this one is more of a personal call. Lowering the in-game resolution will always increase your frame rate but can have a negative impact on your field of view, so depending on the type of game you are playing, you need to make a judgment call on which setting will benefit you more.

How to Measure Your FPS?

Many games have built-in features to enable an overlay that will display your FPS, often in the top right-hand corner. If you have scoured through the settings of the game you are playing and simply cannot find any FPS overlay toggle, you still have options. One of the most widely used pieces of software, specially designed for displaying graphical metrics, is known as Fraps. If you have Fraps running in the background, you will see the FPS overlay during gameplay so you can measure when there are severe framing issues. 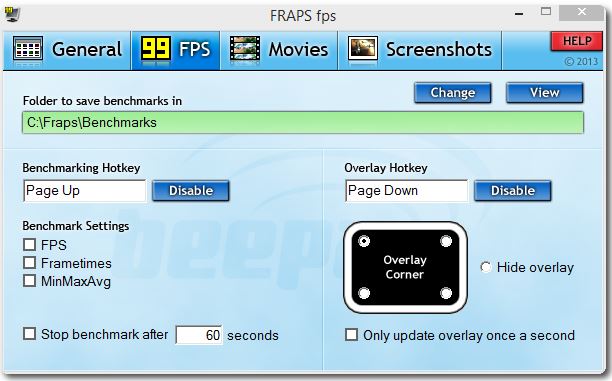 The Advantages of High FPS?

If your reaction time was limited by your ability to see movement in real-time, and your opponent did not have any such limitation, they will have a significant advantage over you when going head to head. When you have more frames on screen than others, you can react faster to smaller motions, taking advantage of every opportunity. This is why the top two complaints you will hear from competitive gamers include issues with network ping or latency(the time it takes to send a command from your PC to the game server, and then get back to your PC), and frame drops.

When is a Lower FPS Better?

As odd as it sounds, putting a cap on your frame rate might actually result in a better in-game experience in some cases. If you have been monitoring your FPS with Fraps and have noticed that whenever there are a lot of enemies on screen, or a lot of animations going on at once, your frames drop significantly, then putting a cap on your FPS could help. Playing any game and bouncing between high and low frame rates is incredibly frustrating because, above all else, a smooth and consistent experience matters most.

When you are playing a game, nothing will break the immersion, and cause more frustration than random spikes or drops in the performance of the game itself. So if you are having these issues, you can either lower your graphical settings or set a frame rate cap, though we do not recommend going below 30 if possible. 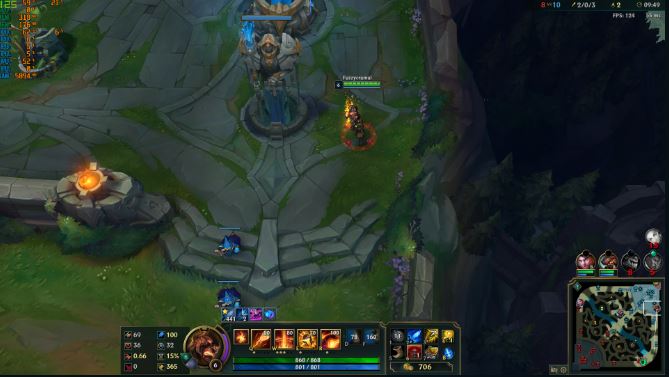 FPS or ‘frames-per-second’ is a number that represents how many single images (frames) your graphics card can render every second. It is limited by both the hardware in your PC, primarily the GPU, and your monitors refresh rate.

If you have high-performance equipment and can max out your frame rate, then you will gain an edge over other players online that have to play with a lower FPS. Though if you keep getting frame drops, setting a cap to your FPS will help you much more than dealing with unexpected spikes and dips in the game.

At the end of the day, you will need to play around with your game settings to determine the maximum FPS that you can get while remaining stable. It takes a bit of effort upfront, but it is definitely worth it and is often transferable to other games or will at least serve as a baseline, so the work isn’t as time-consuming later on. If you have any questions or want some additional tips to let us know in the comments!