TechGuru May 6, 2019 Cameras, Surveillance No Comments

So you have your spy camera all setup. Maybe you spent a lot of time thinking of a clever spot to hide it. But once you turned it on, you found the night vision capacity was less than you’d hoped to find. Unfortunately, this kind of thing is all too common. Basically any hidden security camera should be able to provide some form of night vision. But not all night vision is created equally.

It’s pretty important to keep in mind that the Zetta ZA22 IR Hidden Security Camera Illuminator is not actually a camera. It’s an infrared light source, which you can use to enhance the IR recordings of an attached camera. What kind of cameras will work with the ZA22? Well, basically any camera that’s capable of seeing in the 940nm wavelength. 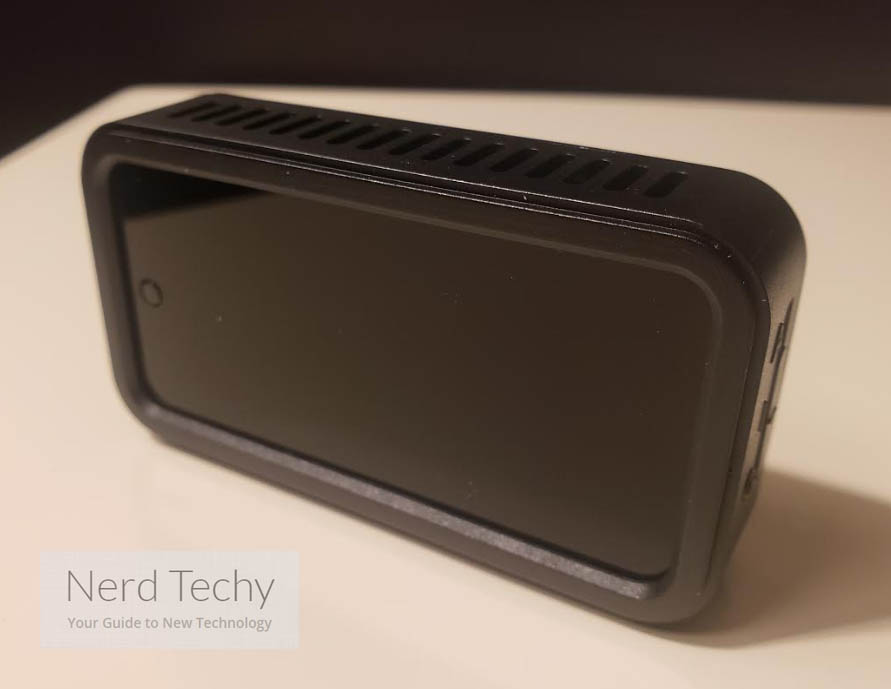 Because that’s pretty much the most common IR wavelength used by cameras which use IR for night vision, which means you can hook-up with basically any camera you might want. Provided only that it uses IR. Consequently, the ZA22 works with basically all of best spy cameras on the market right now. That’s true not only inside the Zetta brand, where you’ll find it’s compatible with the Z12, Z16, ZIR32, and ZN62, but also with other big name cameras. For example, it has flawless compatibility with mainstream cameras like the Vantrue T2.

How well does the Zetta ZA22 perform? Well, that’s actually a tricky question. Because the ZA22 wasn’t made to be a generalist instrument aimed at wide audiences. This is a niche tool, aimed at a small number of people who are facing some highly specific recording circumstances. But assuming you are part of the niche for which this device was constructed, you’ll probably find it’s quite good for both outdoor and indoor surveillance.

The Zetta ZA22 is incredibly small and compact. For someone who’s trying to hide their security camera illuminator just as well as they’ve hidden their security camera, that can be essential. You don’t want the illuminator to give-away your camera, or vice versa. With that in mind, the ZA22 measures 3.2 x 2 x 1.8 inches. Most of the depth of the unit is the result of a USB plug that’s extending from its backside. But it’s otherwise ridiculously compact and thin, exactly as you’d need from an illuminator that’s supposed to be paired alongside an indoor/outdoor security camera. 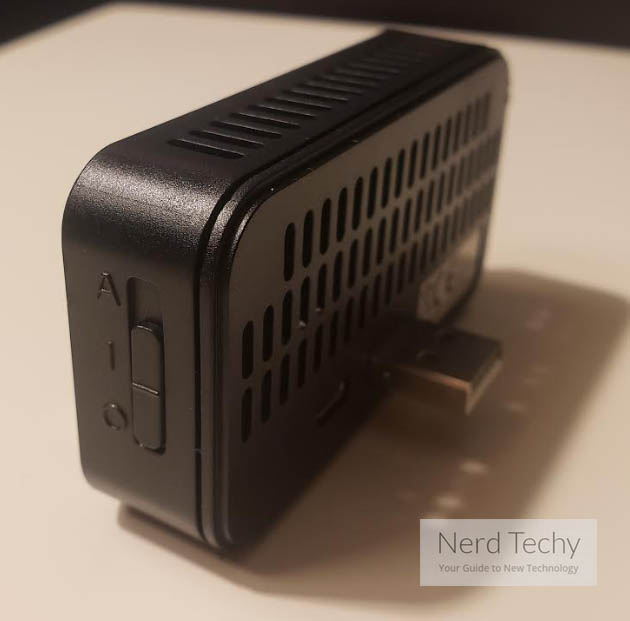 Adjacent to the USB plug is a power port that’s operated with a micro USB cable, which is included. The illuminator itself weighs about an ounce, which is no small part of what makes it so deeply portable. From top to bottom, the entire body of the device looks discreet. You should find the black chassis is basically impossible to identify from the outside. There aren’t any switches that would otherwise easily give away what this device does, nor any logos that are intended to catch the eye or inform a reader.

It can be hard to tell which side of the unit is the backside, and which blasts out the IR. Even though the IR-side of the device looks like just more black plastic, IR has no trouble passing right through it. Though as you’d expect, the front side of the illuminator is the side from which IR is blasted outwards. And once you’ve got everything installed, you can stop worrying about placement issues. Plus, once you’re actually using the illuminator, you’ll find it’s about as easy as flipping a switch.

Along each side of the ZA22, you’ll notice the unit has been built with wide bits of airflow grating. This airflow was implemented to help keep everything inside the unit cool, ensuring maximum lifespan from all the constituent components of the device. And without the need for some kind of active cooling solution that might otherwise produce noise.

However, the tradeoff of this design is quite clear. As a result of all the grating, this device is by no means waterproofed. The total lack of waterproofing is essentially the only thing that puts serious constraints on the kind of different applications that you might want to use with the ZA22. 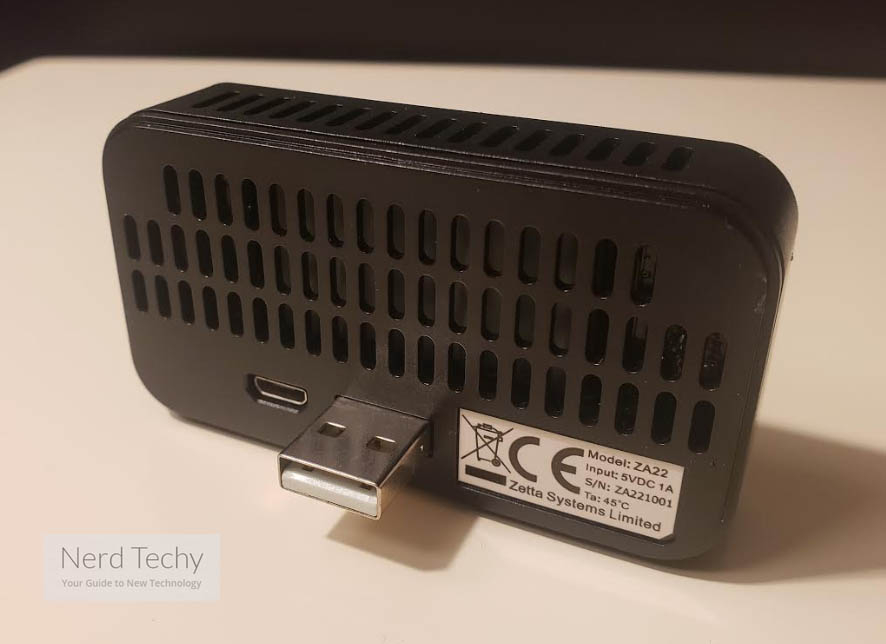 Installation of the ZA22

Again, installation is pretty simple. The small size of the ZA22 makes it easy to put in a number of different creative locations. For instance, it’s not tough to stick it right above a rearview mirror. That can make a giant difference for seeing inside of a car during the night. Likewise, there are a number of different ways you might mount this unit.

And the lightweight nature of this device won’t stop you from sticking it in position with whatever impromptu mounting materials you happen to have on-hand. Unfortunately, you may need to come up with your own mounting solutions if you plan on some kind of fancier installation. Because no 3M sticky pads or similar materials are included with the ZA22.

Having night vision means different things to different people. It’s not merely about the quality of the night vision in an abstract sense, but the sheer quantity of IR that’s shed by your illuminator. The quantity of light can help determine how far away that the IR allows you to see into the darkness. In this case, you’ll find the Zetta ZA22 IR Hidden Security Camera Illuminator works for extending your vision about 15ft.

And this relatively short distance of vision is exactly what makes the ZA22 such a specialized product. People who are using this sort of device alongside a security camera might want to think twice due to its relatively short range of sight. But how about people who are thinking of sticking this booster to help them record the inside of their vehicle? Or how about recording within the confined space of a smaller room? 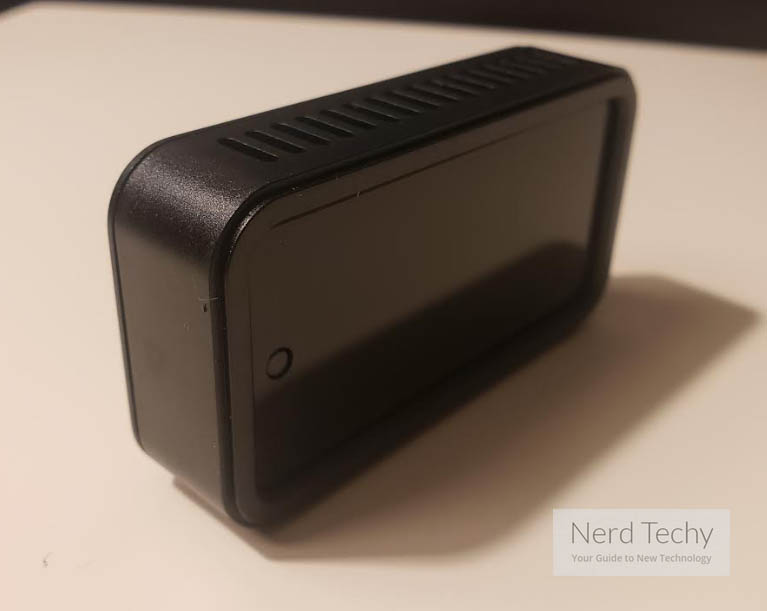 For those kinds of circumstances, the 15ft range is pretty much exactly what you want. Because it’s all the power you need without paying for extra, and without having to make the illuminator any larger than it absolutely needs to be. However, for people who really do need to see beyond 15ft, you’ll find the ZA22 isn’t going to provide enough power to cut it. And in situations where you can’t get a clear shot of what you’re trying to record, the ZA22 provides an automatic shut-off feature when there isn’t enough light around for operation.

Within the 15ft radius provided by the ZA22, you should find clarity in the darkness that’s pretty much on par with the sort of clarity you’ll get from shots in the light. It might be an exaggeration to call the ZA22 a top-shelf illuminator, especially given the budget-oriented price. But its performance within the 15ft range is every bit as impressive as you’d expect from illuminator’s that are capable of blasting IR out hundreds of feet.

But again, all of this makes the ZA22 a highly specialized sort of product. For people who are looking for something with broader performance capabilities, the ZA22 is bound to end up creating some disappointment. Many people don’t consider 20ft that far when it comes to night vision, and it’s easy to see how many people might end up accidentally selecting this illuminator while thinking that it can work at greater distances.

Within its range of capabilities, the ZA22 can be used in basically any different type of security camera setting. It doesn’t matter if you’re recording video at home, around an office, in a retail environment, or in a dark garage. It can cover basically any type of terrain. It’s only when you start thinking about moving into aquatic environments that you’ll have to start thinking about adding waterproofing to the ZA22. 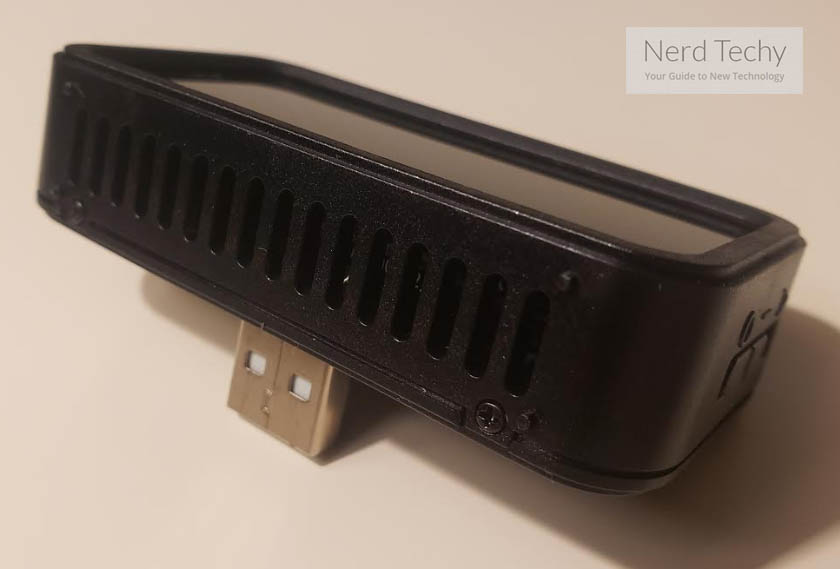 And as long as you used a translucent plastic container, the IR would have no problem blasting its way through a waterproofing container that you decided to use. Bear in mind that with that kind of setup, you’d then have to start becoming concerned with heat again.

Because this device us IR-based, the light projected by this device is totally invisible to the human eye. There aren’t any lights on the outside that are visible to us, either. Technically speaking, a person could still detect this illuminator, and they could detect your security camera, but they would need some need fancy specialized anti-spy equipment.

As far as compatibility goes, it’s worth emphasizing that the ZA22 is widely compatible with basically all other devices in the Zetta ecosystem, including the Z12, Z16, ZIR32, and ZN62.

The Zetta ZA22 isn’t going to be the right call for everybody. Because after all, you’re dealing with a device that can help extend your visibility by about 15ft. Many people are going to want their cameras to be able to shoot as far out as 30ft or more. But for people who are trying to add the illuminator to a security camera shooting a narrow area of space, the ZA22 will do quite well.

Because the ZA22 is tiny, which makes it fantastic for many types of covert surveillance operations. You can pretty much stick this thing anywhere. And it’s widely compatible with basically every type of device you might want to use with it. Sure, it would be nice if Zetta had included some extras, like some options for hardware mounting. But given the price tag on this instrument, it’s hard to have those kinds of complaints.