Ever since the first iPod hit the market, Apple fans have been easily identified by the iconic white earbuds hanging from their ears. These earbuds have gone through a few changes over the years. First, a minor visual update. More recently, Apple gave them the wireless treatment.

Although this update had drastic improvements to the usability and sound quality, the changes came with quite a bit of controversy. Removal of the headphone jack from the latest iPhone meant that all wired earbuds were out of commission, and the AirPods took a long time to ship to consumers. Combined with concerns over battery life and sound quality, there is quite a lot of bad press over the AirPods.

Despite all of the media attention, the AirPods were actually pretty good. Now that they’ve been on the market for a while, some 3rd party alternatives are starting to make an appearance.

The Zinat Bluetooth Earbuds, although not blatantly marketed this way, are pretty clearly AirPod alternatives. The design is too similar to be a coincidence. But there is one key fundamental difference: you only get one earbud. These aren’t something you’d use for listening to your favorite music. This is something you use as a wireless headset, or to hear to your favorite podcast. Is this low-cost alternative for those who don’t need two earbuds? We went hands-on to find out.

Unlike the originals, the Zinat earbud uses a standard communication protocol. They connect using Bluetooth 4.1, which makes them compatible with most modern hardware. Both Android and IOS devices are supported, as well as Windows and Mac computers. You do need a current phone to use them. Anything pre-2015 could run into issues. But in our eyes, the additional features offered by Bluetooth 4.1 make the compatibility limitations worthwhile. The impact on your phones battery life is much lower, and the audio quality is much higher.

The pairing procedure is straightforward. Just hold down the button on the side for five seconds. Once a blue light starts to blink, you can search for the earbuds from your mobile device. The procedure takes just a few seconds, and rarely need to be completed twice. The earbuds will remember your phone and automatically connect to it when available.

One handy thing we noticed is that you can pair two different devices to this earbud. The first device you pair will become the default. If the first device is ever out of range, it will look for the second. This saves you from having to enter pairing mode just to switch from one device to another. 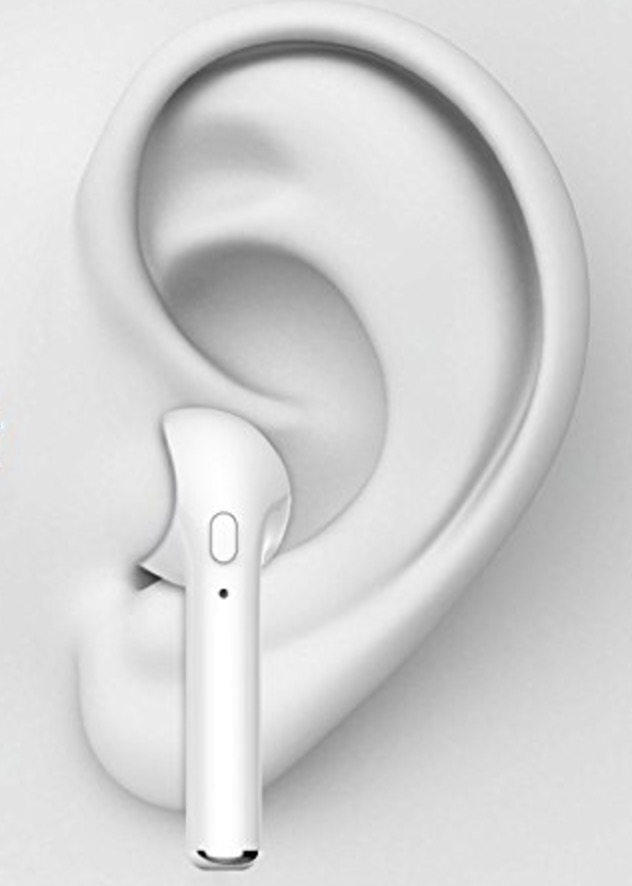 From a visual standpoint, these look almost identical to the original EarPods. But there is one important thing that’s not obvious in the photo: this earbud is huge. It’s roughly twice the size of an actual EarPod. For some, this is better than the original design. For others, it’s worse. How do you know if it’s right for you? That all depends on the size of your ears.

If you find that standard earbud headphones fit snugly in your ear and cause discomfort, the Zinat earbud isn’t for you. But if you find that other buds are loose and don’t fit very tightly, you’ll find this one much more comfortable.

It’s designed like this for a reason. It’s designed to be worn while you’re driving, at work, commuting, or in public. Listening in to your phone call or audio file are important, but so is hearing the world around you. This large size ensures that it’s not acoustically isolating you from the world around you. Additionally, it helps it fit snugly in your ear. When you’re moving around it will stay in place. We found that when riding the subway or scaling stairs, we didn’t have to spend much time adjusting it. It just fit comfortably. This isn’t going to be true for everyone. Unlike in-ear earbuds, there is no changeable tip to fit everyone. But overall this design is comfortable to wear. If you’re unsure, the only solution is to try it out. 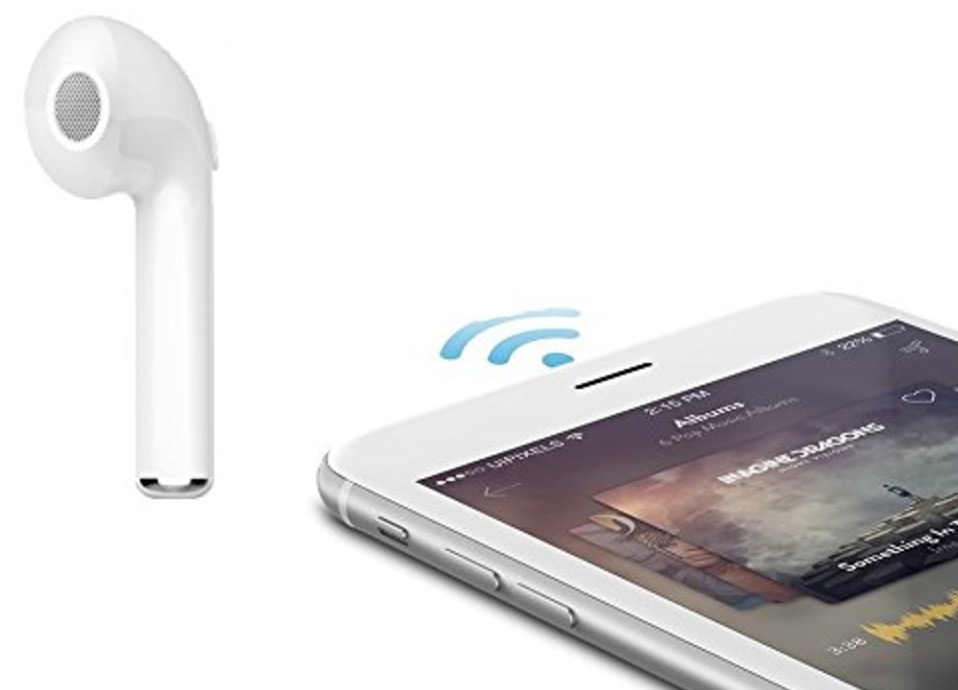 This is the second generation of the Zinat earbud. The only thing that was changed from the old version to this new one was the battery. They’re using a compact Lithium Polymer battery that has 80 amp hours of capacity. In the real world, this works out to be about 4 hours of usage.

It’s important to note that this is four hours of actual usage. This means real listening time. If you’ve just got the earbud on standby, you’ll get close to four days of use. In our tests, we found that we were recharging it every day when listening to audio for extended periods of time. When using it only for calls, we could get two days out of it.

Forgetting to charge it isn’t the end of the world. It uses any standard Micro-USB charger. Each minute of charging gives you about 2.5 minutes of playtime – roughly 1.5 hours for a full charge if it’s completely dead. This means that you can throw it on your phone charger for 10 minutes before you leave the house and still be able to enjoy an audio book on your way to work.

If you’re using an IOS device, you’ll never wonder how much battery is left. It displays the remaining charge in the notification panel, so you’ll know when it’s time to plug it in. 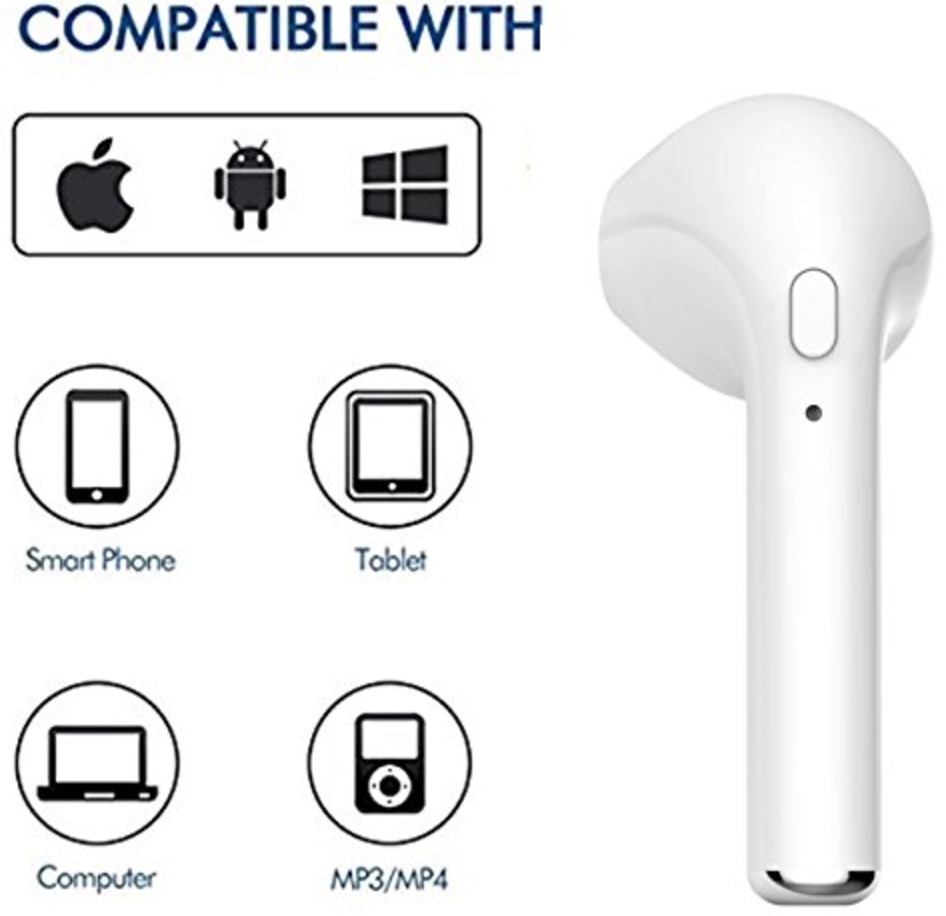 The sound quality is acceptable for voice use. It’s a little quieter but doesn’t come across as harsh or shrill. We were able to listen to an audio book for 4 straight hours and didn’t find the sound to be fatiguing at all. Calls also sounded pretty good. Voice was well defined and clear, although suffered from a somewhat low volume.

It’s pretty clear to us that this is not designed for music. The sound was very flat and lacked any sort of energy. We’ve definitely heard worse, but we definitely wouldn’t recommend it for any kind of music.

The microphone was pretty decent considering the form factor. These types of earbuds never sound as good as full-size headphones because of the location. Most headsets position the microphone towards the mouth. This will ensure that your voice will always be louder than your surroundings. But on this earbud it’s located on the side. In a reasonably quiet environment, our voice was picked up clearly. But if we were on the train or next to a busy road, our callers had a hard time hearing us. 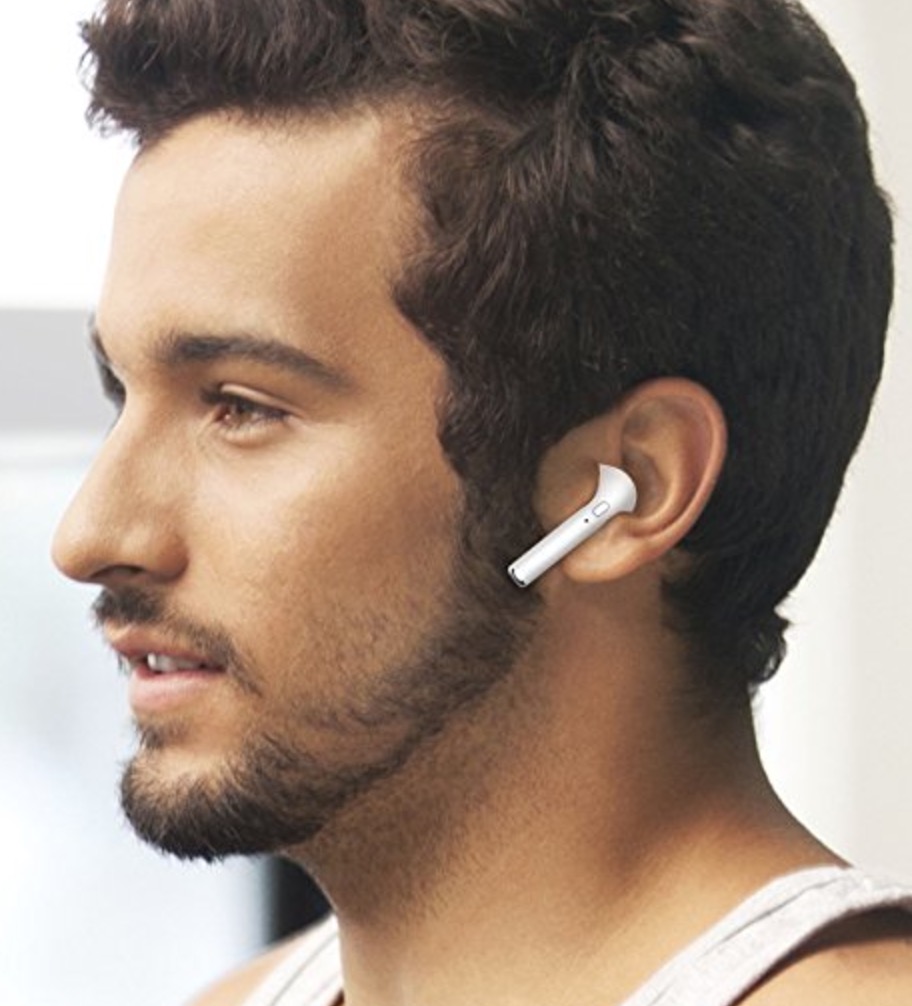 The manufacturer isn’t very clear about what this earbud is for. You can see from the reviews on Amazon that there are some disappointed customers who didn’t realize that there was only a single earbud in the package, or who found the sound quality disappointing when listening to music. Perhaps designing them as a near clone of the EarPods – a highly versatile headphone – was a poor choice.

Another qualm we’ve got with this earpiece was the lack of charger included. You do get a Micro-USB cable, which can be connected to any USB port you’ve got available. If you don’t have an AC adapter available, you’ll end up sharing with one of your other devices. 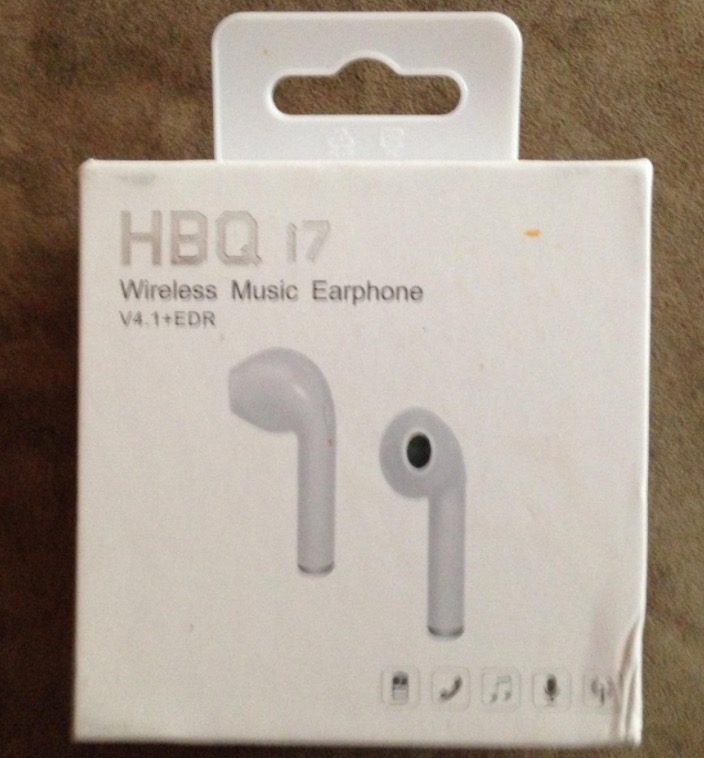 If you’re looking for a cheap and cheerful AirPod alternative, this is not the earbud for you. Zinat designed this for a particular use scenario. They are designed for people who want to enjoy voice-based content (audiobooks, podcasts, etc) without being completely isolated from the world.

The Zinat Bluetooth Earbuds can also be used for calls, although the audio quality could be a little better. If you already have a pair of earbuds, you’re happy with, these could be an excellent solution for those particular cases. But outside of this scenario, the value isn’t really there.

If you’re not on a strict budget, a set of high-quality true wireless earbuds would be a much better option. Although they come in pairs, nothing is stopping you from just using a single earbud when you don’t require stereo audio. The battery life is just as good, and the sound quality is often significantly better. In our eyes, it’s always better to get a single device that can do everything you need, instead of one device that can only perform a single task. If you want to see what’s out there, check out our roundup of the best true wireless earbuds on the market.