When we review headphones and earbuds, we sometimes throw around a lot of terminology. For people who are big fans of technology, these terms will be familiar. But what if you’re not an expert? What if you just want to find a good set of earbuds? In that case, terms like “CVC” and “ANC” might just sound like Greek. That’s okay. We’re about to explain what both of these terms mean.

In a nutshell, both CVC and ANC are noise-canceling technologies. They’re designed to create a cleaner, clearer audio signal that’s easier to hear. But there are important differences between the two. Let’s take a closer look at each of them, so we can get a better understanding.

CVC is short for “Clear Voice Capture”. It’s designed primarily for phone calls, but can also be used for podcasts and teleconferences. The purpose of CVC is to filter out background noise, so people can hear your voice more easily. If you’re on a phone call in a loud environment, it makes a huge difference in call quality. There have been several versions of CVC as the technology advanced. Currently, the latest version of CVC is CVC 8.0. 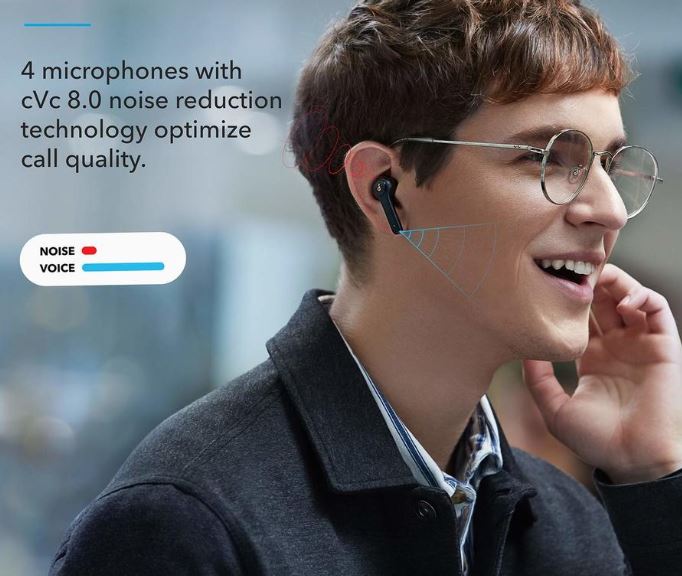 How Does CVC Work?

CVC works by using computer algorithms to detect and isolate the sound of your voice. Because it’s intelligent, it will work better the longer you’re on the phone. It also improves the clarity and quality of your voice, which also helps to improve clarity. In total, CVC 8.0 is capable of filtering out up to 30 decibels of ambient noise.

In other words, it’s not going to block loud noises like honking horns or screaming children. But it will significantly reduce the volume of those noises. So even when there’s a loud noise in the background, your voice will be the loudest thing on the call. Quieter noises like background traffic and wind will be eliminated almost entirely.

Many modern earbuds come with CVC technology. These earbuds will automatically start filtering out background noises from day one. Alternatively, you can install CVC apps on your smartphone to improve your earbuds’ function. Because CVC is a software solution, not a hardware solution, it can be used on a variety of devices. You can even install CVC apps on your laptop, PC, or Mac machine. This makes it useful not just for hands-free calling, but for teleconferencing and even for content creators.

In the past, we’ve reviewed several earbuds that utilize CVC technology. One of the best of these is the TRANYA B530 True Wireless Bluetooth Earbuds. Not only are they great for voice calls, they also sport a powerful charging case and excellent sound quality. They’re even water-resistant for workouts or foul weather.

Active Noise Canceling (ANC) is a totally different animal from CVC. While CVC is designed to improve call quality for the other person, ANC is all about your own experience. ANC actively blocks out background noise while you’re on a call or listening to music. It’s often paired with passive noise canceling, especially in earbuds. 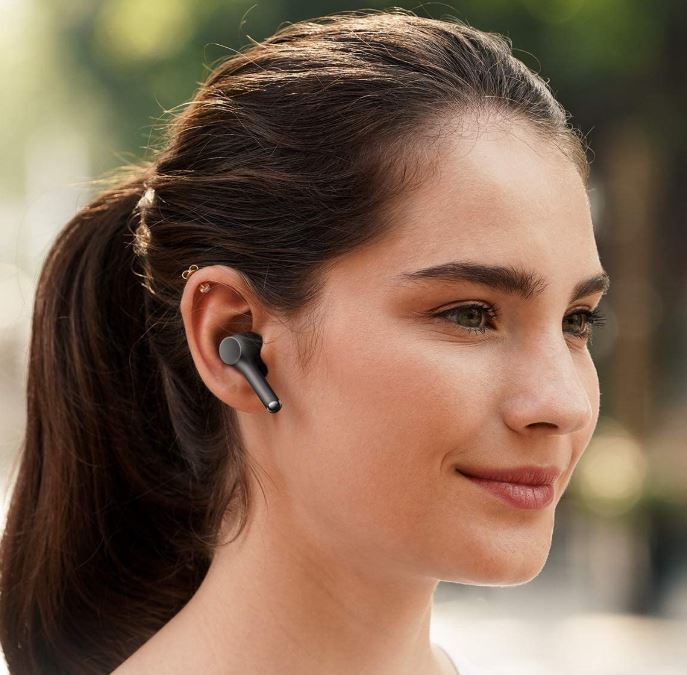 So, what are the hardware requirements? First off, in order to filter background noise, the headphones need to know what that noise is. This requires a microphone inside the ear cup or the earbud. This will detect any sounds that have gotten through the passive seal. Secondly, special circuitry is required. This circuitry will create a noise fingerprint in order to determine what to block out. Then it will work with the speakers to create a canceling wave. As you can see, this will add to the size of the device. This makes ANC difficult – and expensive – to build into earbuds.

How Does ANC Work?

But how does the ANC actually cancel noise? The answer is the way sound works. Sound travels through the air as a wave. These waves oscillate, with peaks and troughs. An ANC system simply broadcasts reversed waves that cancel these other waves out. If this sounds a bit abstract, imagine that the peak of a wave is +1, and the trough is -1. The ANC system would create a -1 trough to coincide with the +1 peak, and vice versa for the trough. When combined, these waves add up to 0. In other words, the noise has been canceled out, and you hear nothing but your music. Pretty cool!

Active noise canceling is typically capable of reducing background noise by about 20 decibels. Because of this, it will effectively block out about 70 percent of background noise in most environments. Your actual results may vary depending on how loud the background noise is. That said, ANC is not perfect. There are a few downsides to this technology that we should mention.

ANC electronics need time to catch up to background noise. As a result, they’re not very effective at blocking sharp, sudden noises like car horns. They’re best suited for steady noise, such as airplane engines and train noise. Some users also feel that ANC headphones reduce the quality of music. This is subjective – and arguable – but it’s understandable.

You’re placing additional demands on your speakers, so it makes sense that the sound quality would suffer slightly. Most people won’t notice this, but serious audiophiles might. Finally, running the ANC technology puts additional demands on your battery. To help avoid this problem, most ANC headphones have an off switch. This way, you can turn the ANC function off when it’s not needed.

As we mentioned, ANC technology is primarily found in headphones. However, that doesn’t mean there are no earbuds that offer it. One solid choice is the Aukey Key Series T18NC. Not only do they cut down on background noise, but they’re quite comfortable to wear. 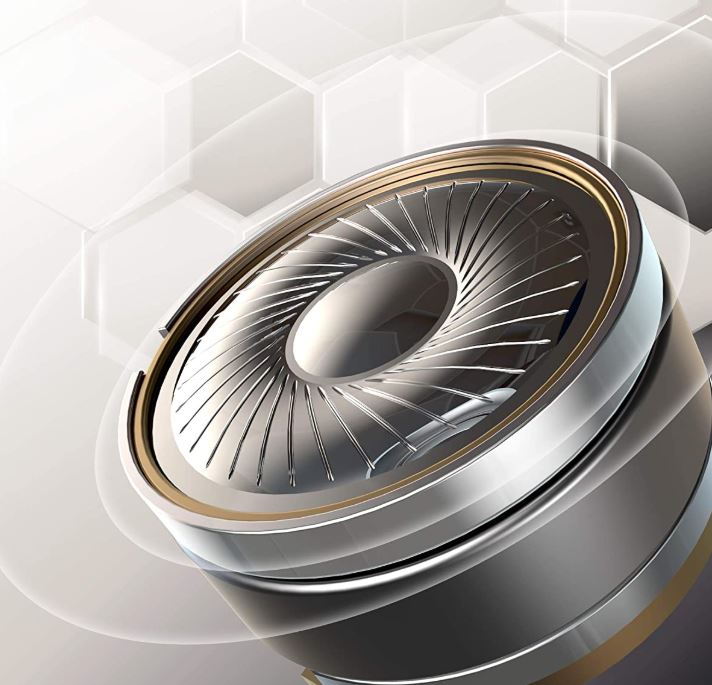 There are two primary differences between CVC and ANC. As we hope we made clear, ANC is for you, CVC is for the other person on a phone call. In this sense, they’re fundamentally different technologies. CVC won’t help you hear your music any better, and ANC won’t improve your call quality. This is like comparing apples to oranges. Both technologies are great for their respective purpose, but they aren’t equivalent in any respect.

The other difference is that CVC is a software solution, ANC is a hardware solution. What does this mean? This means that CVC can be used on just about any device. Even if your headphones don’t offer it, you can find an app that does the job instead. ANC, meanwhile, requires extra microphones and circuitry. A device is either ANC-capable or it’s not. In other words, if you buy non-ANC headphones, you won’t be able to add the feature later. With CVC, on the other hand, you can decide to install it later if you decide that you need it.