If you own an RV, boat, or off-grid campsite, you’re going to need a power inverter. At least, you’re going to need one if you want to use your electronics. Want to watch a movie on your laptop after a day in the RV? You need an AC power outlet. And that means converting your RV’s DC power to a usable AC current. The same goes for a campsite with a solar array. Whether you’re getting power directly from the grid of from a battery backup, you need to convert it to AC.

The idea behind a power inverter is fairly straightforward. You connect a battery or other DC power supply on one end, and it gets converted to AC power. Then, you plug a regular AC device into one of the outlets, and you get ordinary AC power. Power inverters range in size and capacity. The smallest tend to take a 12-volt input, because that’s still enough juice to be useful. These small, 12-volt inverters can even be used in a car cigarette lighter. For solar arrays, it gets a bit more complex. You need to know the exact voltage of your current system, or the inverter isn’t going to work properly.

With that being said, there are two main types of power inverter: modified sine wave and pure sine wave. What’s the difference, and why would you choose one over the other? To find out, we’ll need to learn a little bit more about how a power inverter works. Then, we’ll be better able to understand the pros and cons of the two options. Let’s dig deeper, and see what we find out!

How Does a Power Inverter Work?

In a battery-powered system, the current flows directly in one direction. For example, the negative terminal of your car battery is always the negative terminal. Electrons flow from the positive to the negative terminal, never vice-versa. This is called “direct current” (DC). On the other hand, the power that comes out of a wall outlet is reversing direction. In most countries, this happens 50 times per second, or 50Hz. US wall power changes direction slightly faster, at 60Hz. Either way, this type of power is called “alternating current” (AC). Because alternating current is so useful, inverters are often built into many RVs. They’re also found on many portable power stations. 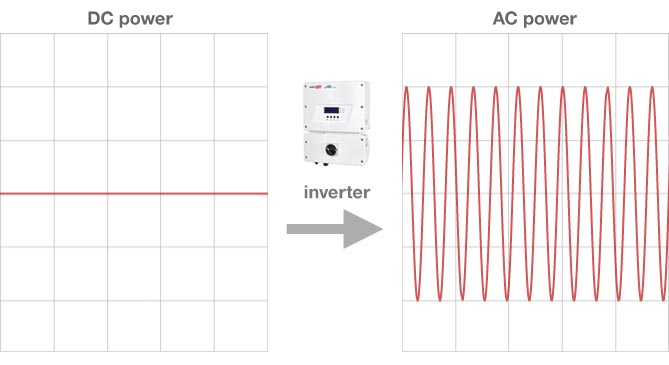 As a side note, inverters are called “inverters” because they’re based on converters. Converters convert AC power to DC power, much like an AC adapter. Since inverters do the opposite, they got called “inverters.” Early inverters used analog electromechanical components to get the job done. A magnet would oscillate on a spring, physically switching from one wire to the other. Because of this mechanical design, they produced a soft, but audible buzz when they were in operation. Modern inverters utilize oscillating circuits instead of mechanical parts to achieve the same task. Because they use all-electronic components, they’re both smaller and quieter.

When an AC current is produced by a power plant, the current takes the form of a smooth, regular wave. This wave, called a sine wave, oscillates up and down as the current reverses back and forth. If you map the wave out over time, it should be smooth, without any jagged edges. When a power inverter converts a DC current to an AC current, this current has a boxy, jagged wave form. This can cause problems for some electronics. Fortunately, this wave form can be fixed with capacitors, filters, and other hardware. Because this hardware costs extra, it’s generally found on higher-end inverters, called pure sine wave inverters. Let’s look at both types, and see how they differ.

When Should I Use a Modified Sine Wave Inverter?

On the other hand, modified sine waves also create some headaches. For one thing, they’re not ideal for running audio-visual equipment. They’re fine for a work laptop or something similar. But if you want to watch a movie, be prepared to hear some fuzz in the audio signal. Similarly, they’re not ideal for fluorescent lighting, since they can create a more intense flicker. Moreover, they can cause some problems with microwaves. They’re technically “safe,” but your cook times can be significantly off. On the other hand, heavy, durable motors like power tools are usually fine with a modified sine wave.

When Should I Use a Pure Sine Wave Inverter?

A pure sine wave inverter uses a set of internal components to create a true, smooth sine wave. This is ideal for sensitive motors that require a smooth current. For instance, medical equipment generally requires a pure sine wave signal. It also helps with longevity for pumps, which is a good thing to know if you’re using one for a sump pump. Another major benefit is audio-visual equipment. Since a pure sine wave is identical to wall power, audio equipment will run without any fuzz or distortion. At least, that’s assuming the rest of your audio system is set up correctly. 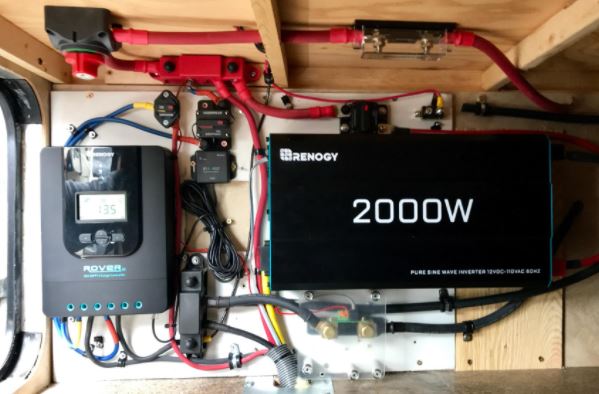 There are two other situations where you’ll need to use a pure sine wave inverter. The first is any electronics that are 80 Plus or better Energy Star Certified and use Active PFC power supplies. The second is for Apple iMac desktop computers. Other types of computers are just fine with modified sine wave power.

What Size Inverter Should I Use?

Outside of whether you use a modified sine wave or pure sine wave inverter, the other main variable is size. While it’s important to have the right kind of power, it’s also important to have the right amount of power! This is mostly going to be an issue if you’re using a solar panel system. For instance, if you’re using a 300-watt system, it will have very different needs from a 3,000-watt system. It’s important to match your inverter capacity to the capacity of the solar grid. Otherwise, you’re going to have some trouble. When it comes to voltage, most inverters run on 12 or 24 volts. More powerful inverters are generally only used for industrial applications.

Similarly, some inverters are lighter or heavier duty. For example, some are really only designed for charging cell phones or laptops. On the other hand, other inverters are designed to work with even large appliances. Just looking at the number of AC outlets won’t necessarily tell you how much power an inverter supplies. Look at the total wattage rating of the whole inverter. That will give you a much clearer picture of what you’re dealing with.

In addition to that, you’re going to want to consider the inverter’s duty cycle. A duty cycle refers to how many times you can expect to use the inverter before it fails. Inverters with a long duty cycle are suitable for daily or even constant use. They also tend to be more expensive. On the other hand, cheaper inverters have lower duty cycles, so they’re better for occasional, emergency use. Much like deciding on whether or not you want a pure sine wave, it’s a matter of what you need.