If you’re setting up a home internet connection, there are two main components required: a router and a modem. Well, that and an active internet connection! But what’s the difference between the two? And can you ever get away with using just one or the other? We’re going to talk about how the technology works, starting with the internet signal itself. From there, we’ll be able to work through everything else with relative ease. Let’s get going! 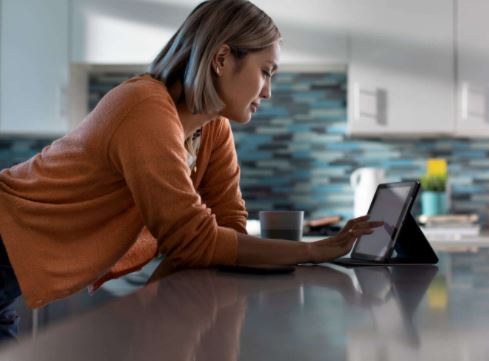 How Does a Cable Modem Work?

When we say “modem” today, we’re almost always talking about a cable modem. But this wasn’t always the case. “Modem” wasn’t originally a word; it was an abbreviation for “modulator-demodulator.” “Modulation” in this case means converting digital signals to audio. “Demodulation,” on the other hand, means converting audio signals back to digital again. This allowed you to send data signals over the phone line. At the time, it was mind-blowing technology! However, phone lines have a fairly limited capacity. If you’re old enough to remember 90s internet, you remember taking half an hour for a song to download. We should point out that there are faster versions of “phone” technology like T1 and ADSL lines. But even they aren’t as fast as modern high-speed internet.

To get faster speeds, you need a bigger wire, which is why providers started switching to cable internet. Even newer, fiber-optic internet services use a cable connection from the curb to the house. For such a short run, there’s really no need for anything faster. And that’s why almost every modern modem is a cable modem. 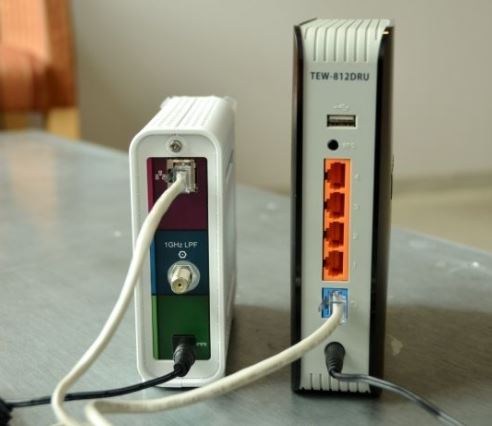 At this point, cable TV subscribers will have an obvious question. How in the world do you get hundreds of channels across a single cable? How do you still have room for an internet signal? The answer is that a single cable channel only occupies a frequency range of 6MHz. A coaxial cable, meanwhile, has hundreds of MHz of signal to play with. Even so, it actually doesn’t take that wide of a frequency range to provide a strong internet signal. As a matter of fact, incoming internet data can be transmitted over a 6MHz band, just like a TV channel. This way, you can get Gigabit internet in your home, with no more strain on your cable than a TV channel. Outgoing data only requires a 2MHz band, since you don’t often need to upload as much as you download.

Keep in mind that your internet provider’s maximum speeds are called “maximum” for a reason. The reason for this is that entire neighborhoods can be served by a single coaxial line. If it’s three in the morning and there’s nobody else online, you’ll get the maximum speed. If there are only a few people online, you’ll still get the maximum. There will be more than one outgoing and one incoming channel available. But if many people are online, they’ll eventually need to start sharing channels. This is why residential internet speeds are typically slowest at the busiest time of day.

The incoming signal from your internet provider is called “downstream” data, while the outgoing signal is “upstream” data. Much like with an old-school modem, this data needs to be converted between a TV signal and digital data. On your end, this is done with a cable modem. On the service provider’s end, this is done with an industrial cable modem termination system (CMTS). A CMTS is basically a fancy modem, which is designed to connect to many users simultaneously.

Cable modems vary in design and quality, but they all have some of the same basic components. These include:

These days, most modems are compact devices, about the size of a paperback book. Typically, there’s a single coaxial input on the back, along with an Ethernet output. Some modems also have a second coaxial output port for connecting to a TV or other device. That said, you’ll actually find small modems inside of some other devices. The most common example of this is the humble TV set top box. If you have digital cable, your set top box uses its own internet connection for the menu and other features. So if you have digital cable but not home internet, there’s still a small modem in your home! 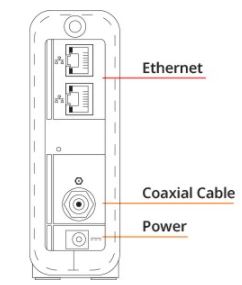 How Does a Router Work?

So, a modem connects your house to the internet. What in the world does a router do? The answer is that a modem is simply delivering data. This data is transmitted in chunks called “packets.” If there’s only one device connected to your modem, that’s no problem. But what if you have a smartphone, a game console, and a network printer all connected at once? The modem has no way to know which packets are supposed to go to which device. A router does.

When a device is connected to your router, the router assigns it a unique identifier, called an IP address. This IP address then gets attached to any incoming or outgoing packet. As a result, when your router receives a packet, it knows which device the packet is supposed to go to. Sometimes, there are multiple paths a packet can take through the network to get to its destination. The router keeps track of all possible paths, and stores them in a file called a routing table. Whenever there’s more than one path to a destination, the router consults the routing table. Then, it chooses the most efficient pathway to send the data. Routing tables are often used by network engineers to troubleshoot problems. However, they’re not something an ordinary home user should need to worry about.

That said, most routers do have internal software that allows you to make basic changes. From here, you can set your network name and password and make other changes. Some advanced routers even have built-in parental control features. For instance, you can set limits on certain content, or even set a “bedtime” for individual devices. Keep in mind that all of these options vary depending on the manufacturer and model. If you want to know about a specific router’s capabilities, you’ll need to look at the specifications.

Early cable modems were only designed for wired connections. However, WiFi routers have been the standard for well over a decade. Typically, you’ll still find four Ethernet ports on the back for connecting wired devices. However, you’ll also often find antennas. These don’t do much more than an internal antenna. But in a marginal situation, they can stretch your signal a few more feet.

For most people, even a mid-priced WiFi router will be more than powerful enough to cover the whole house. But in some cases, you might need to stretch your signal a little bit more. In that case, consider using a mesh WiFi router. These routers come in sets of two or more, and extend your signal throughout the house. More frequently, you’re going to want to look at the maximum number of devices. This way, you can set up as many smart home devices as you like.

So, What’s the Difference?

As you can see, the difference between a modem and a router is fairly straightforward. A modem connects your home to the internet. It translates the coaxial signal to something your devices can use. However, it’s only designed to connect to a single device, which is very limiting. A router, on the other hand, eliminates this limitation. A router sorts out which data packets are meant for each device on the network. This way, you can connect all your smart home devices without needing a separate modem for each one. Without a router, you won’t be able to do a whole lot with your internet connection.

The good news is that most internet providers nowadays include a modem with your service. This may or may not cost a small monthly fee, depending on your provider. Regardless, in most cases, you’ll only need to provide a router. That said, if you want to replace your modem, there are options. In particular, you might want to consider a space-saving combination unit. The ARRIS Surfboard (SBG8300) Cable Modem Router Combo is one popular option. It combines high-performance modem and router components to build a powerful, all in one unit.

Finally, let’s answer the second part of our original question. Can you ever use just a modem or just a router? Yes, but the applications are fairly limited. A standalone modem can be used if you’re only connecting a single device to the internet. For most people, this just isn’t going to be enough. But if you really only want to plug in a single computer, you can save a few bucks. Conversely, a router is useful if you want to set up a network with no internet connection. This has more applications. For instance, if you want to set up a home security system and don’t want it exposed to security risks. Still, for almost any other purpose, you need both a router and a modem.