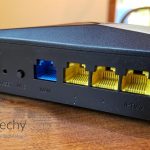 When WiFi technology first rolled out, most people weren’t using multiple devices. For the average home user, WiFi just made it easier to use the internet on your laptop. You could freely roam from room to room, check your email on AOL, and update your Myspace. Moreover, the average household wasn’t jam-packed with computers. At most, you might have three: the family computer, and mom’s and dad’s work computers. As a result, most routers weren’t designed with multiple devices in mind. The main concern was providing wireless access at anything faster than a slow crawl.

Since then, the way we use wireless internet has changed. Instead of one or two computers, we have multiple devices. We have smartphones, game consoles, tablets, and smart TVs. Throw in a slew of connected smart home devices, and everything from your fridge to your stereo needs WiFi. Those old-school routers aren’t just too slow for modern users. They’re also woefully unprepared for the internet of things and the world of smart homes.

In fact, most routers, even most newer routers, are in that same boat. The reason for this is WiFi 6, which is the next generation in WiFi technology. Rather than focusing on speed, WiFi 6 is focused on multi-device support. The signal is made to switch effortlessly between devices, and supports dynamic bandwidth allocation. The end result is that you can connect more devices while using less bandwidth.

Today, we’ll be reviewing the Speedefy KX450 WiFi 6 Router. We’ve reviewed a number of Speedefy’s offerings in the past, such as the K4 and K8 wireless routers. The KX450 is designed as a powerful WiFi 6 router, for modern homes with dozens of connected devices. It supports over 1.8 Gbps of speed, and comes with a slew of extra features like parental control. But how well does it perform in practice, as opposed to on paper? To find out, we needed to dig a little deeper into its features, benefits, and even its drawbacks. Here’s what we’ve learned about this new router. 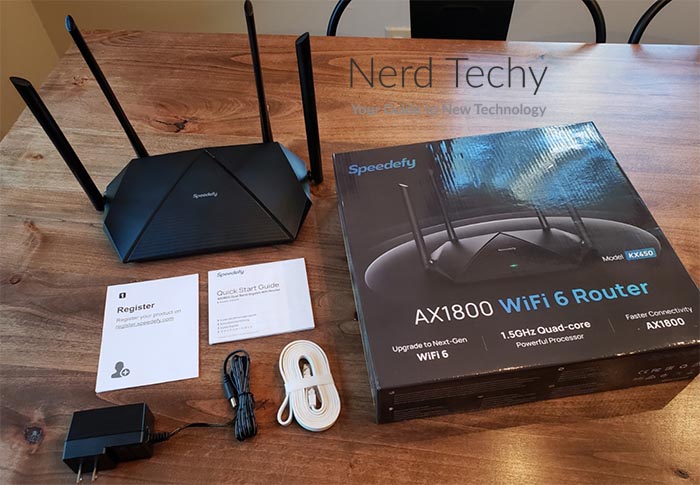 The Speedefy KX450 WiFi 6 Router is designed like many modern routers, with a horizontal design. It’s actually sloped a bit, which gives it the appearance of a spaceship and makes it look futuristic. It’s also not as flashy as many other routers. Instead of an array of lights, there’s only a single green LED on the front to let you know it’s plugged in. The bulk of the finish is a satin black, which is easy to keep clean and wipe off with a damp cloth. However, there’s a textured triangle on the front with horizontal slits that can collect dust. It’s still easy enough to clean, but it’s a potential pain point if you’re picky about cleanliness. 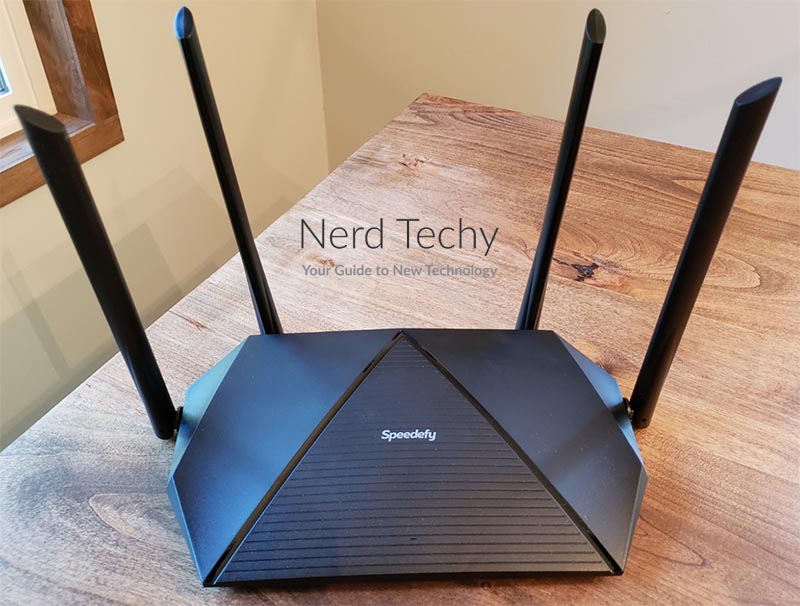 The overall size of the housing is 12.01 inches wide, 11.65 inches deep, and 2.87 inches thick. This is mid-sized for a modern router, neither inordinately small nor inordinately large. It also doesn’t include the antennas, which are a bit longer. The weight is 1.78 pounds, which is about what we’d expected for the size. For what it’s worth, it’s easy to move around, although a router typically just lives in one place. The antennas are adjustable 360 degrees, and can even be folded flat. We’ve never found that antenna direction makes a difference, and we didn’t notice any effect here. Unless the antennas are obstructed, there’s no real reason to fiddle around with them.

The rest of the controls and connections are all located on the back of the router. To the left, there’s a barrel-style DC power port. An AC adapter is included in the package, complete with a blocky plug unit. Next to the power port, there’s a tiny reset button recessed in a hole. It’s one of those buttons you need a paperclip to press, but you shouldn’t need to use it very often. Next to that, there’s a WPS button for pairing your devices. This is helpful for smart home devices that don’t have a display or WiFi menu. 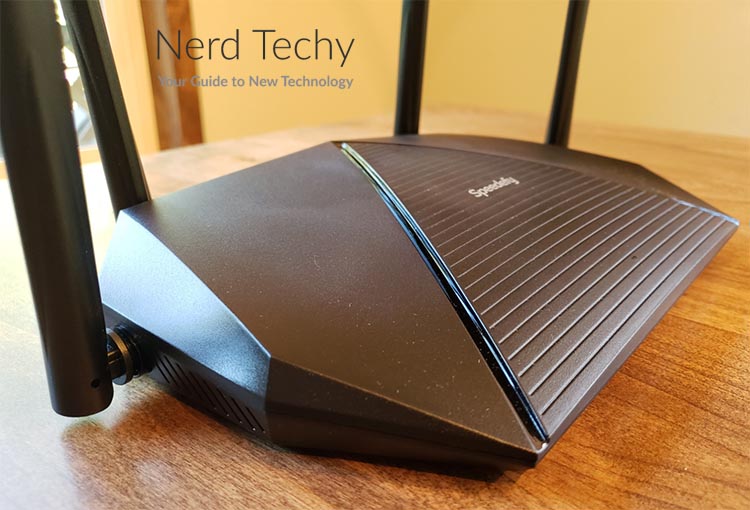 In a row to the right of that button, there are five different Ethernet ports. The first is blue in color, and it’s the one that connects to your modem. A cable is included in the package, so you’ll be ready to plug in right out of the box. The next four ports are yellow in color. These are for plugging in any wired devices you might want to connect. They all offer Gigabit speeds, so you’ll get the maximum possible rate of data transfer. You’ll also get considerably lower latency than you will with even the cleanest wireless connection.

As we already mentioned, the KX450 is a WiFi 6 router. As a result, you can expect it to do a pretty good job of dealing with many devices. In fact, it’s rated for up to 40, but that’s a soft limit. The KX450 is a dual-band router that supports both 2.4 GHz and 5 GHz bands simultaneously. The main feature of WiFi 6 is that it allocates bandwidth dynamically rather than statically. Take something like a WiFi refrigerator. It uses data in short spikes, when it sends or receives data. But most of the time it’s just sitting there. With older WiFi versions, that fridge would always occupy a certain amount of bandwidth. And most of the time, that bandwidth would be wasted. With WiFi 6, the fridge will hardly use any bandwidth when it’s idle. When it needs to send or receive data, it will simply use more for a short period. 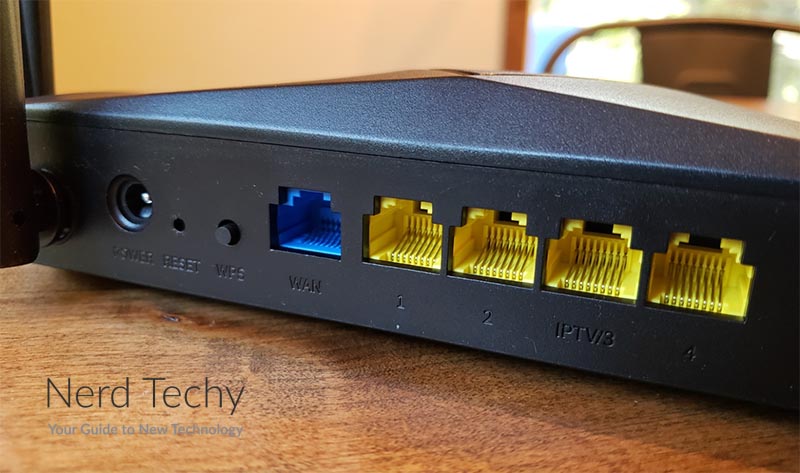 As a result, you’re looking at better performance with a ton of devices, but not necessarily more speed overall. The KX450 reflects this, with a maximum bandwidth of 1.8 Gbps. That’s certainly fast, but it’s not the fastest on the market. It’s not even Speedefy’s fastest router. That honor goes to the Speedefy K7W, which is capable of over 2,000Mbps in speed. However, the K7W doesn’t support WiFi 6. It’s better for media streaming, not for homes with a ton of devices.

Like most modern routers, the KX450 has a dual-band design. This means it connects over two wireless frequencies. The first is the 5GHz band, which is the fastest, with 1,201 Mbps of bandwidth. However, it has a shorter range. The second band is the 2.4GHz band. This channel supports speeds of only 600Mbps, but has a longer range. So if you’re close to the router, you’ll get the full 1,800Mbps. If you’re further away, you’ll lose the 5GHz signal, but keep the 2.4GHz signal. 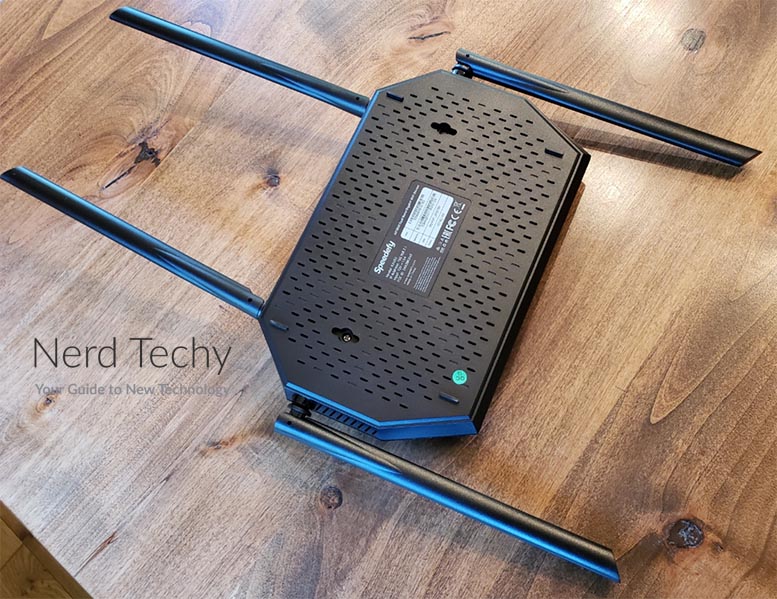 The total range of the router as a whole is enough to cover about 2,500 square feet. In practice, this is just a rough estimate. There are any number of real-world factors that could affect your range. Masonry, metal framing, and other building materials can limit your signal in any direction. Even your home’s configuration can make a difference. Because the coverage area is spherical, you’ll get better coverage in a two story home than in a ranch.

To back up its multi-device support, the KX450 utilizes 4X4 MU-MIMO technology. Without getting too far into the weeds, this is a more advanced way for a router to switch between devices. Instead of one input and one output, or even two and two, it uses four and four. Because there are more simultaneous channels, less switching is necessary. 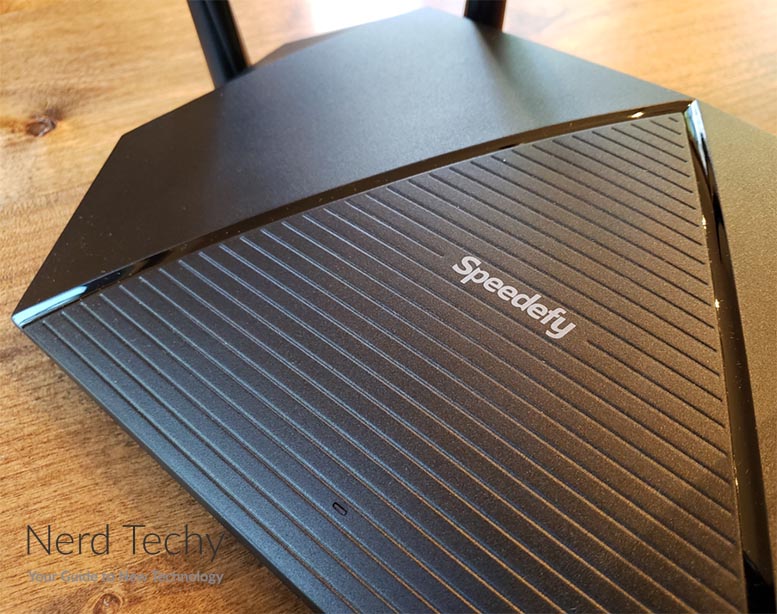 The control panel allows you to do a lot more than just set the network name and password. To begin with, there are several parental control options built into the system. You can set different permissions for different devices to keep tabs on your kids’ online experience. You can also set virtual bedtimes, so your little ones can’t stay up all night on their smartphones. Parental controls even allow you to blacklist particular sites, or create exceptions to existing restrictions. It’s a flexible system that’s intuitive and easy to use. 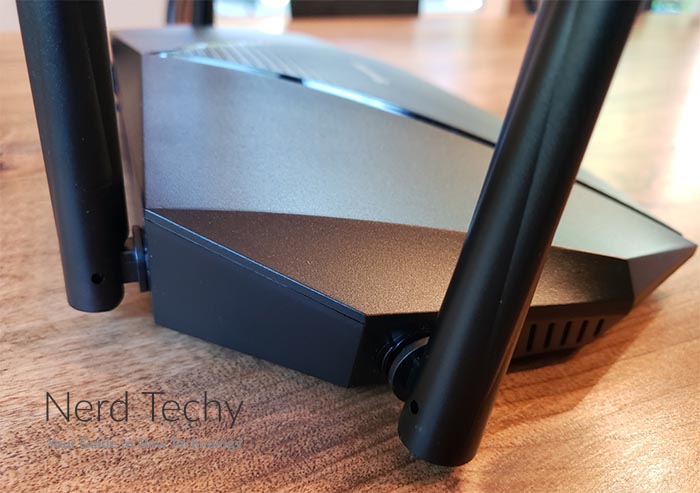 In addition to the parental controls, the KX450 comes with VPN and firewall technology built-in. If you’ve been considering a VPN but haven’t taken the plunge, now you can. Of course, you can keep using your existing VPN if you want to, but it’s good to have options. The firewall is also a great feature, since it protects connected devices that don’t have their own antivirus software. Finally, you can use the control panel to set up a guest WiFi network. This is a parallel network that uses the same router, but doesn’t provide access to your devices. It’s great for businesses who want to provide free WiFi, but don’t want to compromise their own hardware.

In addition to all that, the KX450 can be used as a wireless repeater. In this mode, it works much like a WiFi range extender, acting as a bridge for an existing network. So if you want to get more coverage out of your current WiFi network, you can. You can also use a pair of KX450 routers to begin with to increase your range 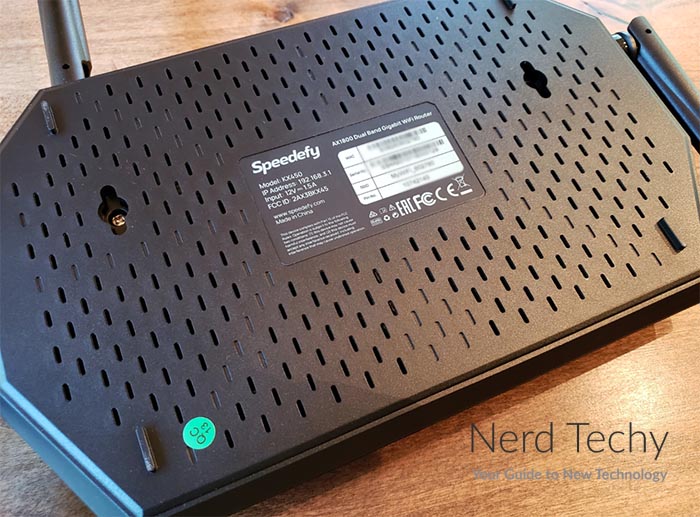 As you can see, the Speedefy KX450 WiFi 6 Router (10% Off Code: MQY6ZQ7S) is a powerful, versatile router that meets many needs. To begin with, it’s faster than most other routers, with over 1,800Mbps of bandwidth. It also supports WiFi 6, with the ability to connect up to 40 devices. Not only that, but it comes with a number of worthwhile bonus features. Parental controls keep your kids safe, while a guest WiFi network secures your devices. You can even use it as a WiFi range extender. This is a well-engineered router for people with lots of smart home devices.