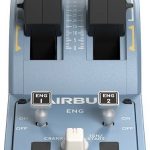 If you’re a flight simulator enthusiast, you don’t want to use just any control scheme. For most games, a mouse and keyboard, or a game controller, will do the job just fine. But most games are just that: games. They’re not simulators. The whole point of a simulator is to become immersed in the experience. You’re not just manipulating pixels on the screen. You’re fully engaged in the process of taking off, flying, and landing an airliner. So why would you use a mouse and keyboard? That just sucks you out of the experience. To immerse yourself as much as possible, you want to use a proper control quadrant.

Of course, not all control quadrants are created equal. Some are worth their weight in gold; others are cheap plastic junk. If you want a quality controller, it’s important to look for a reliable, experienced manufacturer. Thrustmaster is one such company. Over the years, they’ve developed fighter sticks, sim hubs, and gaming headsets. Suffice it to say, they know what they’re doing.

Today, we’ll be reviewing the Thrustmaster TCA Quadrant Airbus Edition. As its name implies, this is a control quadrant that’s specifically designed for Airbus simulations. But does it live up to expectations? We were lucky enough to get an early peek at this control quadrant, and we’re about to fill you in. We’ll talk about the quality of construction, how the controls work, and extra features. The downside? The TCA Quadrant Airbus Edition isn’t yet available to the public. You’ll have to wait until November 24th to try it out for yourself. Now, let’s take a closer look, and see if it lives up to Thrustmaster’s reputation! 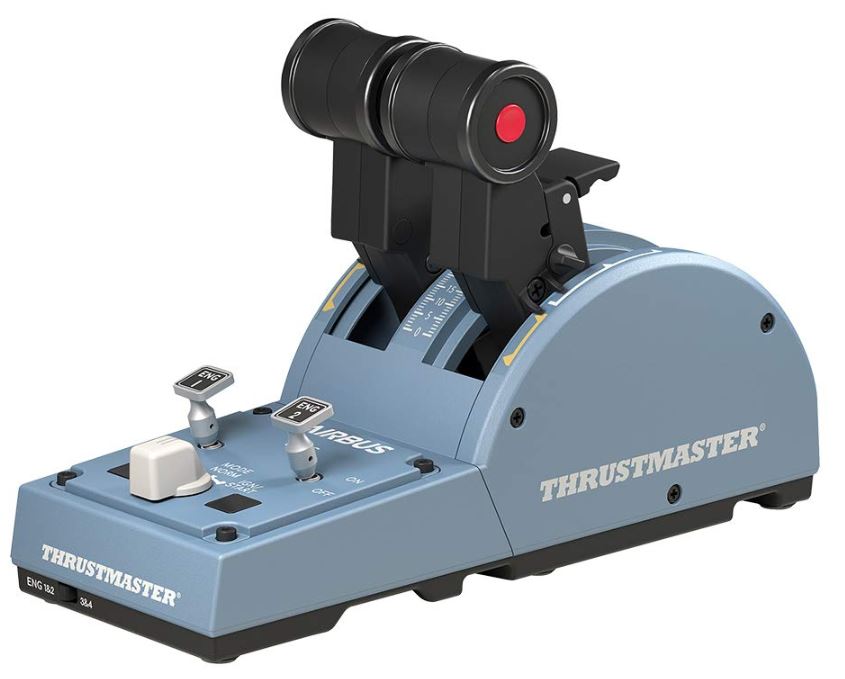 The Thrustmaster TCA Quadrant Airbus Edition is as sturdy as they come. Instead of a flimsy plastic case, the case is constructed from heavy-duty plastic. This means it can take a serious beating. Even if you manage to drop your control quadrant, you’re unlikely to see any serious damage. The case has an attractive light blue finish, which made us think of the blue sky you’re flying through. The side panels are attached with heavy gauge Phillips screws. Again, you’re not looking at some cheap, snap-together unit. The TCA Quadrant Airbus Edition is built to last. This design quality extends to the top plate, which is secured by sturdy hex screws. All in all, you’re looking at a tough, heavy-duty unit. 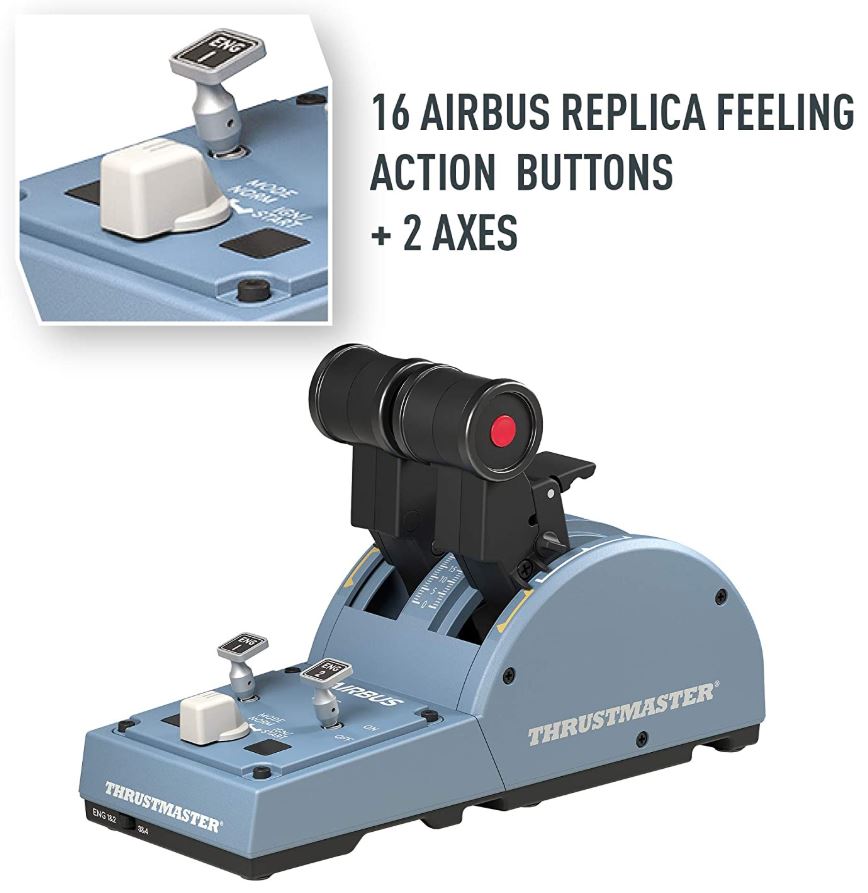 The control sticks are equally well-constructed. They’re fashioned from black plastic, with the two sides secured by screws instead of clips. The buttons are plastic, but they’re well protected from damage. Not only that, but the plastic construction makes them comfortable to touch and operate. The two engine control switches are plastic, though. They extend upwards from the base, so a solid-feeling construction is necessary to ensure durability. There’s also a mode selector toggle, which is constructed from cream colored plastic.

The entire control quadrant measures 12.2 inches in length, 9.25 inches in height, and 6.3 inches in width. This provides a large profile, which allows for easy, ergonomic use even if you have large hands. There’s plenty of room to operate. The total weight is 2.4 pounds. This is actually surprisingly light considering the size, but it makes sense when you think about it. The control scheme is relatively simple. As a result, there aren’t actually that many electronic parts inside. Most of the weight comes from what you see: the controls and the case. Inside is mostly just air.

The bottom of the TCA quadrant is made of a black rubber. This makes it easy to position on your desk or table. Even as you’re working the throttles, the unit won’t slide back and forth. It will stay neatly in place, so you can operate the controls as forcefully or gently as you like.

One other thing we should point out is that the TCA quadrant is officially licensed by Airbus. This isn’t just any old flight quadrant. Everything, from the throttles to the markings on the case, is as authentic as it gets. Does this make it work any better? Not in the slightest. Does it make the flight experience even more authentic? Absolutely! 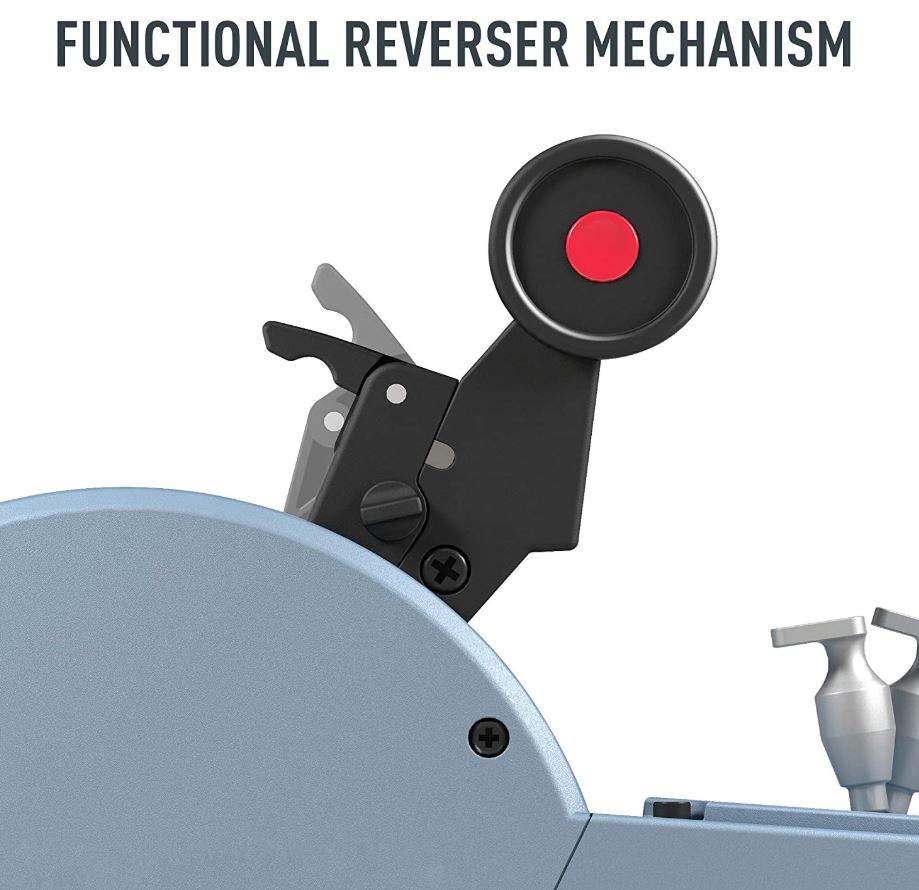 As we already mentioned, the TCA Quadrant Airbus Edition is an Airbus-approved replica. As such, you can expect to see the same controls you’d see in an actual Airbus cockpit. If you’re already familiar with the layout, there’s literally zero learning curve. Just plug in the control quadrant, fire up your favorite flight simulator, and start playing. In total, there are eight ergonomic buttons, along with eight virtual buttons on the thrust levers. This allows for a wide variety of controls, all with a single hand. By default, the controls will work exactly as they do in an actual Airbus airliner. That said, they’re fully customizable – more on that later.

The control responsiveness is realistic, with just the right amount of tension in the levers and buttons. Again, all of this is about authenticity. You’ll feel like you’re throttling up an actual airplane, not pushing a cheap plastic lever. By default, the throttles feature authentic detents and reverse functions. The markings on the base reflect this. However, you can disable both of these functions if you so desire. In practice, this can actually make your experience even more authentic. After all, not all Airbus planes are 100 percent identical. 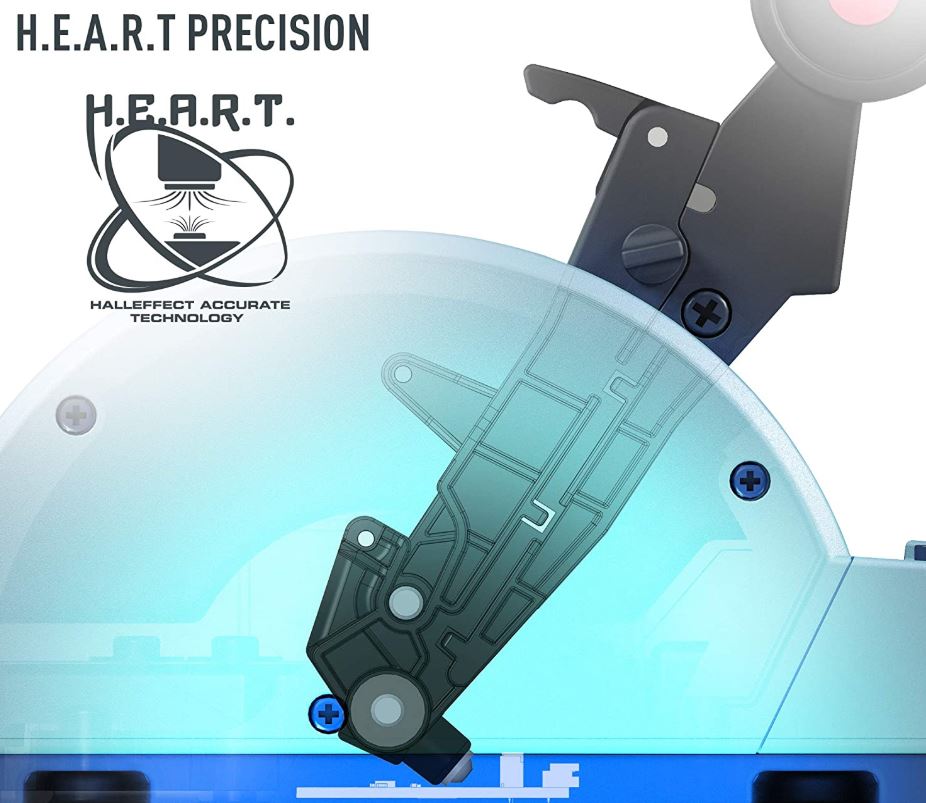 By default, the controller sports a pair of levers. This is ideal for most airliners, which generally have two engines. However, if you’re a true flight sim enthusiast, you won’t always be flying two-engine Airbus airliners. You may want to fly a variety of aircraft. In that case, you can pair two throttle quadrants together to power a four-engine plane. This way, you’ll have a separate thrust lever for each engine, just like in a real airplane. Regardless, you’re looking at excellent resistance and a fully functional reverse zone. You can fly any plane, from a large airline to the smallest light aircraft. Your options are more or less endless.

No matter what you’re flying, the TCA Quadrant Airbus Edition controls are exceptionally responsive. They utilize Trhustmaster’s H.E.A.R.T. system. H.E.A.R.T. is short for Hall Effect AccuRate Technology, and refers to the internal control mechanism. It utilizes a contactless system, with magnetic sensors instead of potentiometers. This means that the only resistance is provided by the controller itself, and doesn’t vary based on sensor feedback. Not only is this contactless system very smooth-running, but it’s also extraordinarily accurate. The sensors have 16-bit resolution, so they can distinguish between 65,536 throttle positions. If you want a real-world, analog feel, it doesn’t get much better than that. 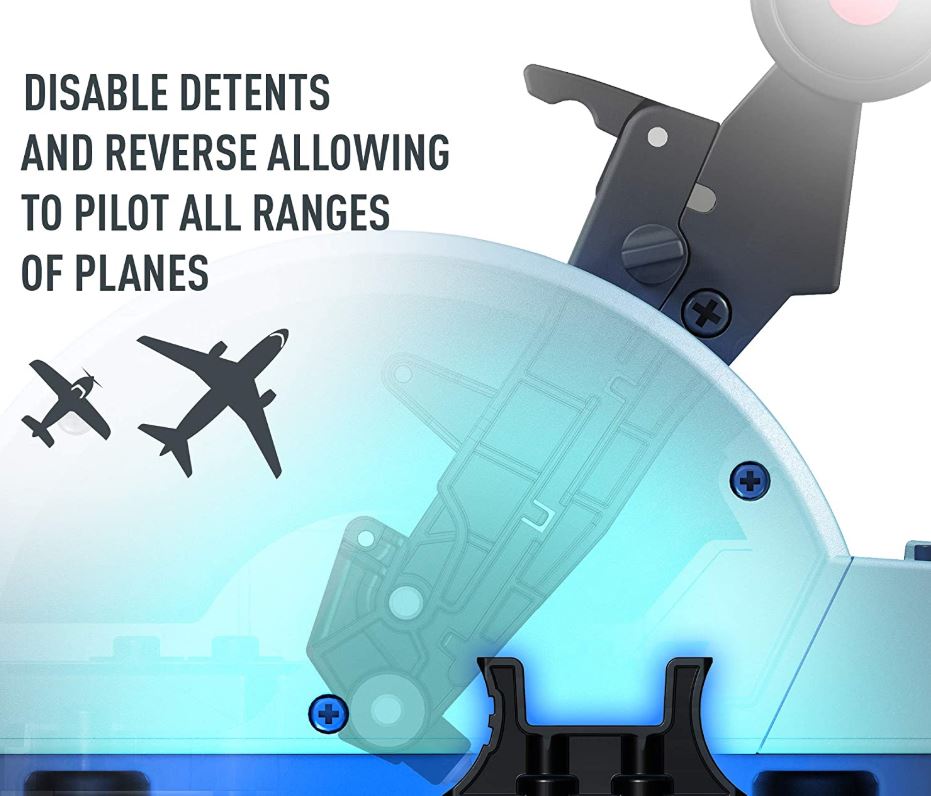 When it comes to compatibility, the Thrustmaster TCA Quadrant Airbus Edition is fairly straightforward. It’s compatible with PCs only. You connect it with a USB cable, and it works out of the box with most major flight simulators. The downside is that you can’t use it with game consoles like the Xbox or PlayStation. Technically, there’s no reason you couldn’t use it with a Mac. However, there are currently no drivers for Mac systems. At the time of this writing, Thrustmaster does not have any plans for creating Mac drivers. However, there’s a possibility that this may happen at some point in the future. 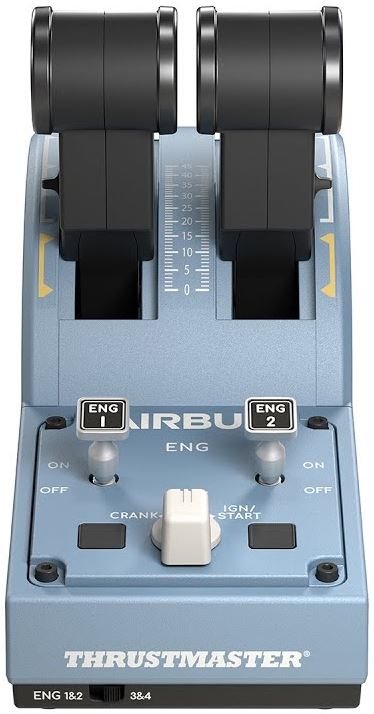 As we said, the TCA quadrant controller is compatible with “most” flight simulators. However, given the variety of software on the market, there’s no way to guarantee out-of-the-box compatibility with every simulator. Fortunately, Thrustmaster has created software to improve compatibility. Their free T.A.R.G.E.T. app allows you to reconfigure the controls as you like. T.A.R.G.E.T. stands for Thrustmaster Advanced pRogramming Graphical EdiTor. This software suite allows you to fully customize the TCA Quadrant Airbus Edition’s controls. There are built-in presets for dozens of games. And if your game isn’t on the list, you can map your own control scheme. There’s no limit to how many preset configurations you can save. So even the most enthusiastic flight sim players will be able to meet all of their needs.

If you want even more functionality, you can use other hardware from the Thrustmaster Civil Aviation (TCA) ecosystem. This ecosystem includes joysticks, pedals, and more. If you want, you can build a complete virtual cockpit, and all of your hardware is going to be compatible. You won’t have to deal with the headache of mixing and matching components from multiple different sets. Recommended accessories include the TCA Sidestick Airbus Edition and the TCA Quadrant Add-On Airbus Edition. You can also use the Thrustmaster Flying Clamp and TFRP Rudder System. You can put together a complete kit, and fly any Airbus airliner with the most realistic feel possible. 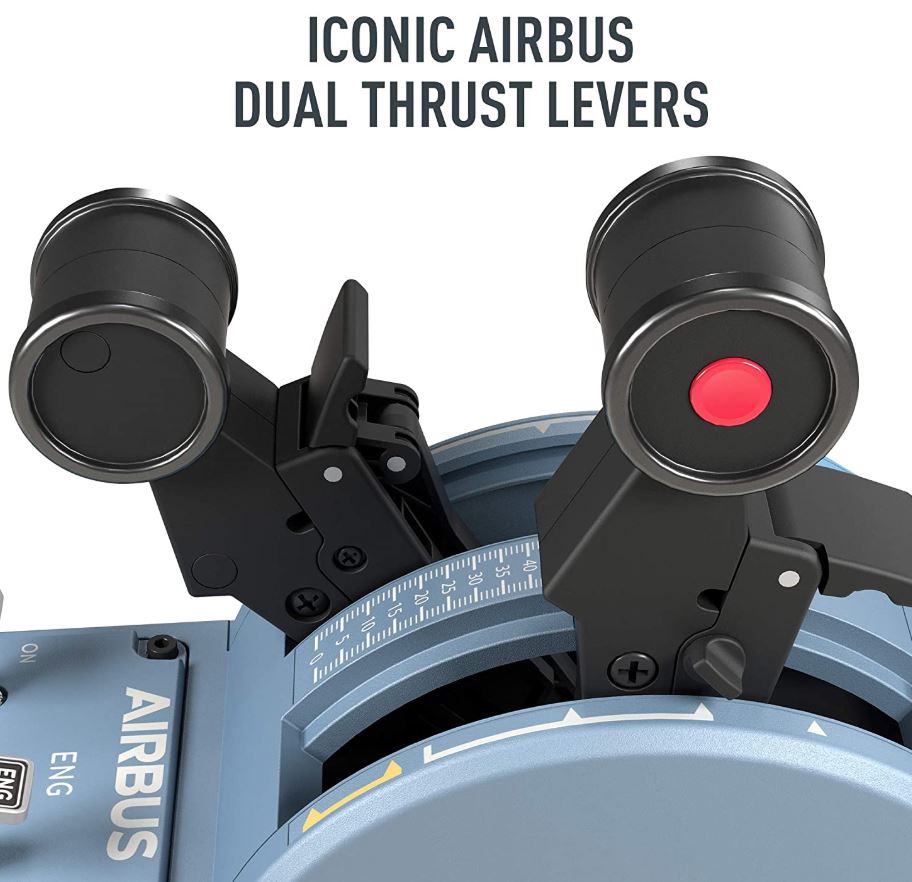 So, is the Thrustmaster TCA Quadrant Airbus Edition worth your investment? If you want an exceptionally immersive flight experience, absolutely! Let’s start with the obvious downside. As of now, you’re looking at a control quadrant for PC only. Mac and console players will need to look elsewhere to scratch that itch. That said, the majority of flight simulators are Windows programs anyway. So for most people, this simply isn’t a significant concern.

The construction is of very high quality. The aluminum case, levers, and switches are quite robust, and can take a serious beating. You don’t have to worry about cheap plastic hardware breaking down within weeks of your purchase. Moreover, the control scheme itself is true to life. With Airbus’ explicit endorsement, you’re looking at the most realistic control quadrant on the market.

The H.E.A.R.T. system ensures that you get ultra-fine control over your virtual aircraft. The levers move smoothly and feel like they’re truly analog. Once you load up your game, the controller should work as advertised. However, if it doesn’t, you can always take advantage of the T.A.R.G.E.T. app to make things right as rain. Finally, the TCA Quadrant Airbus Edition is part of the TCA ecosystem. You can use it to build a complete cockpit. All in all, it’s well worth putting on your wish list for November.