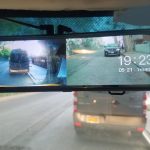 A quality dash cam can make the difference between a successful insurance claim and an expensive bill. For instance, there’s the ever-so-popular “swoop and squat”. In this scam, someone cuts you off in traffic, then slams on the brakes. Since the rear-ending driver is automatically considered at fault in most jurisdictions, this can cost you big time. But if you’ve got a video record of the accident, you have a chance of fighting things out in court. Another common scam involves phony injury claims. A person may claim two, three, or more passengers were all injured in a crash. The problem? None of them were even in the vehicle at the time. Without a dash cam, who’s going to prove otherwise?

Today, we’re going to review the VanTop H609 Dual 1080p Mirror Dash Cam. This is a powerful rearview mirror dash cam that records in full 1080p. In addition to a forward-facing camera, it also sports a rear-facing camera for more complete coverage. All of this is relatively easy to install, and comes at a surprisingly affordable price. But is it worth your money? Or are there other, better options at this price point? We’re about to go over all the H609’s features and benefits to sort out what’s what. After that, we’ll know everything we need to know to lay down a final verdict. Let’s take a closer look! 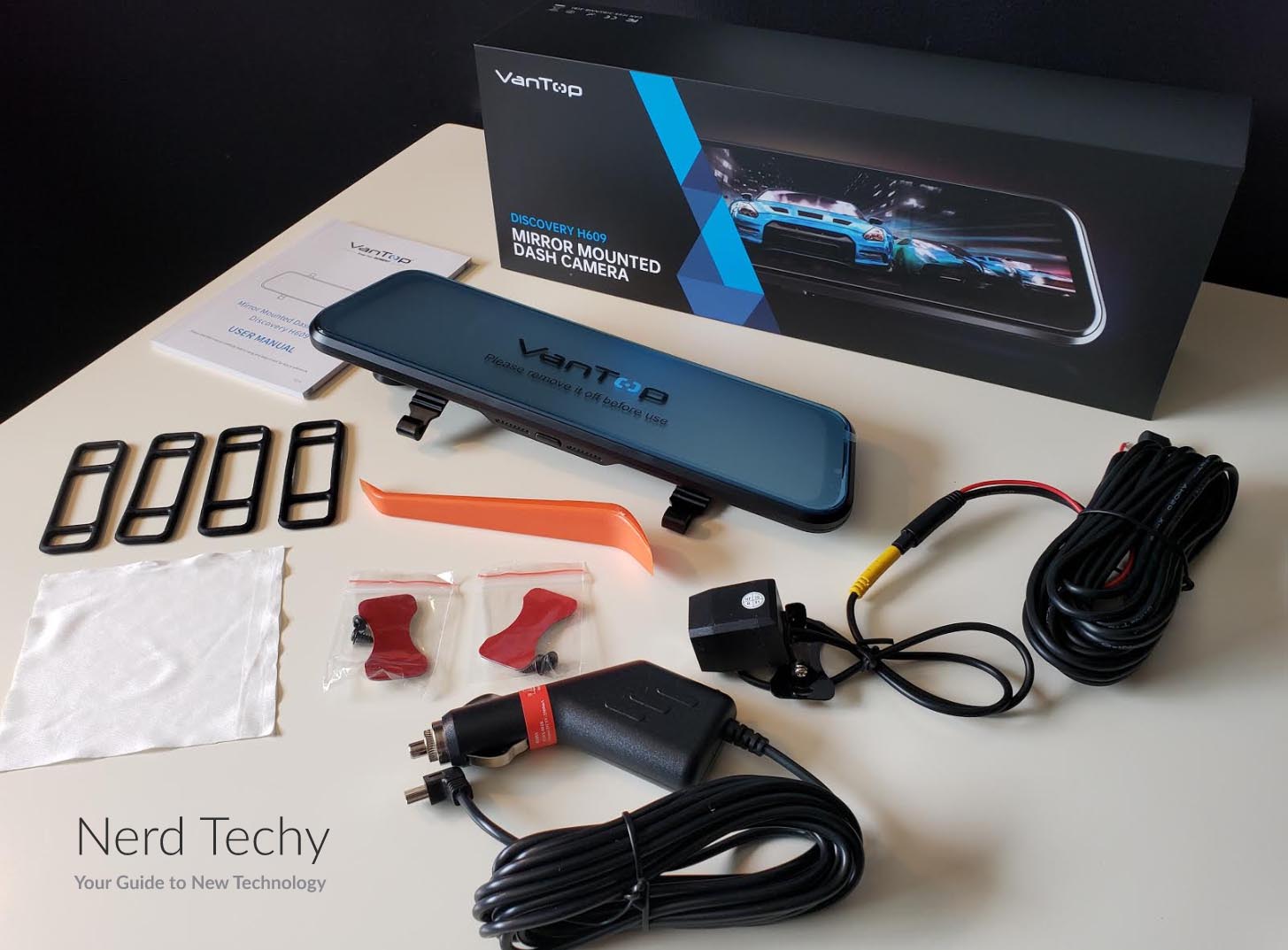 The VanTop H609 Dual 1080p Mirror Dash Cam is a two-part unit. The first part is a rearview mirror attachment that functions as a camera and a display. The second is a rear-facing camera that connects back to the display. The front camera sports a 10-inch display that show’s the camera’s feed. It’s an IPS panel, which is superior to most LCD displays. This type of display has a 178-degree viewing angle, so there are no dark spots. Even if you’re looking at your rearview mirror display for the side, you’ll still be able to see it just fine. 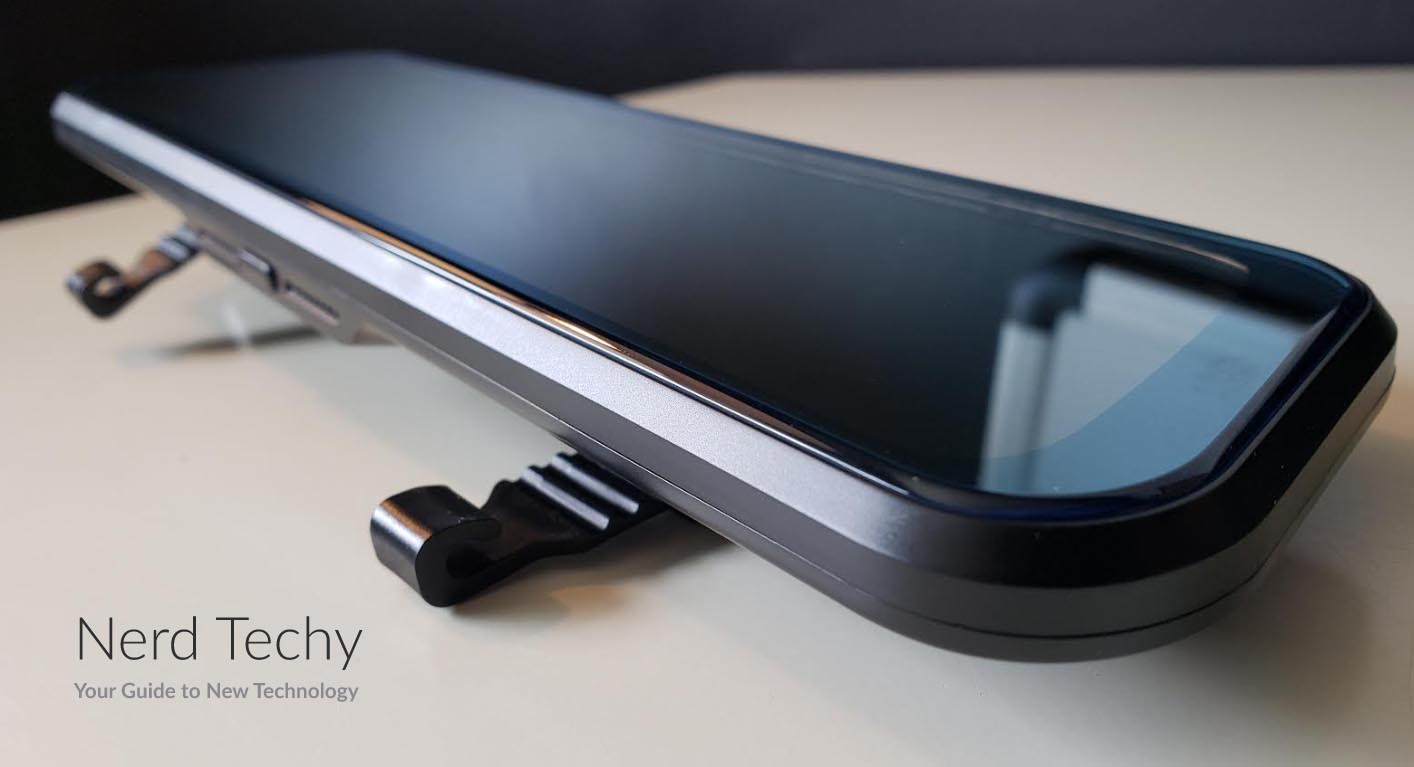 The panel has touchscreen technology, which allows for easy control. All of the camera’s functions can be operated with a simple swipe or a tap. The resolution is 1,280 x 320 pixels. This is a bit less than a third of the height of a 1080p display. However, it shows you the center part of the image, which should be the most relevant portion. There’s no need to worry. If you actually need to review a recording, you can see the whole video on your PC.

The H609’s front camera sports a pair of padded brackets. These brackets don’t actually mount the camera to your mirror. However, they provide good spacing, and the padding keeps your mirror from getting scratched. The display attaches to your mirror with a set of four rubber mounting straps. This makes installing the front camera a cinch. There are other cameras out there with a similar design. For instance, the Auto-Vox V5 Mirror Dash Cam also takes the place of your rearview mirror. However, it requires a full install, totally replacing your old mirror instead of just covering it. This makes installation a pain, but it’s also easier to use once it’s installed.

The rearview camera is relatively compact, measuring only about an inch on each side. It comes pre-installed on a black metal bracket that’s easy to mount. On most cars, you’ll want to simply attach the bracket to the license plate bracket. However, there are multiple mounting options if your license plate is off center. Alternatively, you can also adjust the camera itself. It swivels on an adjustable hinge, so you can point it at any angle. This ensures that you can get a clear view regardless of your camera’s positioning. Moreover, the rear camera is waterproof. There’s no actual IP rating, which was a bit disappointing. But suffice it to say that the camera can withstand hard, driving rain, or even brief immersion.

Installing the H609 is relatively painless. We already mentioned how to install the front camera. Simply strap it to your rearview mirror, and make sure the front camera has a clear view. Once that’s done, you’ll need to plug the camera into your car’s 12-volt DC outlet. If you want to go with a quick and dirty install, you can just plug it in. But if you want a cleaner look, you can route the cable around your windshield molding. There’s a pry tool in the kit that makes this relatively quick and painless. Besides which, if you’re using this camera for the long haul, a clean install is obviously better. 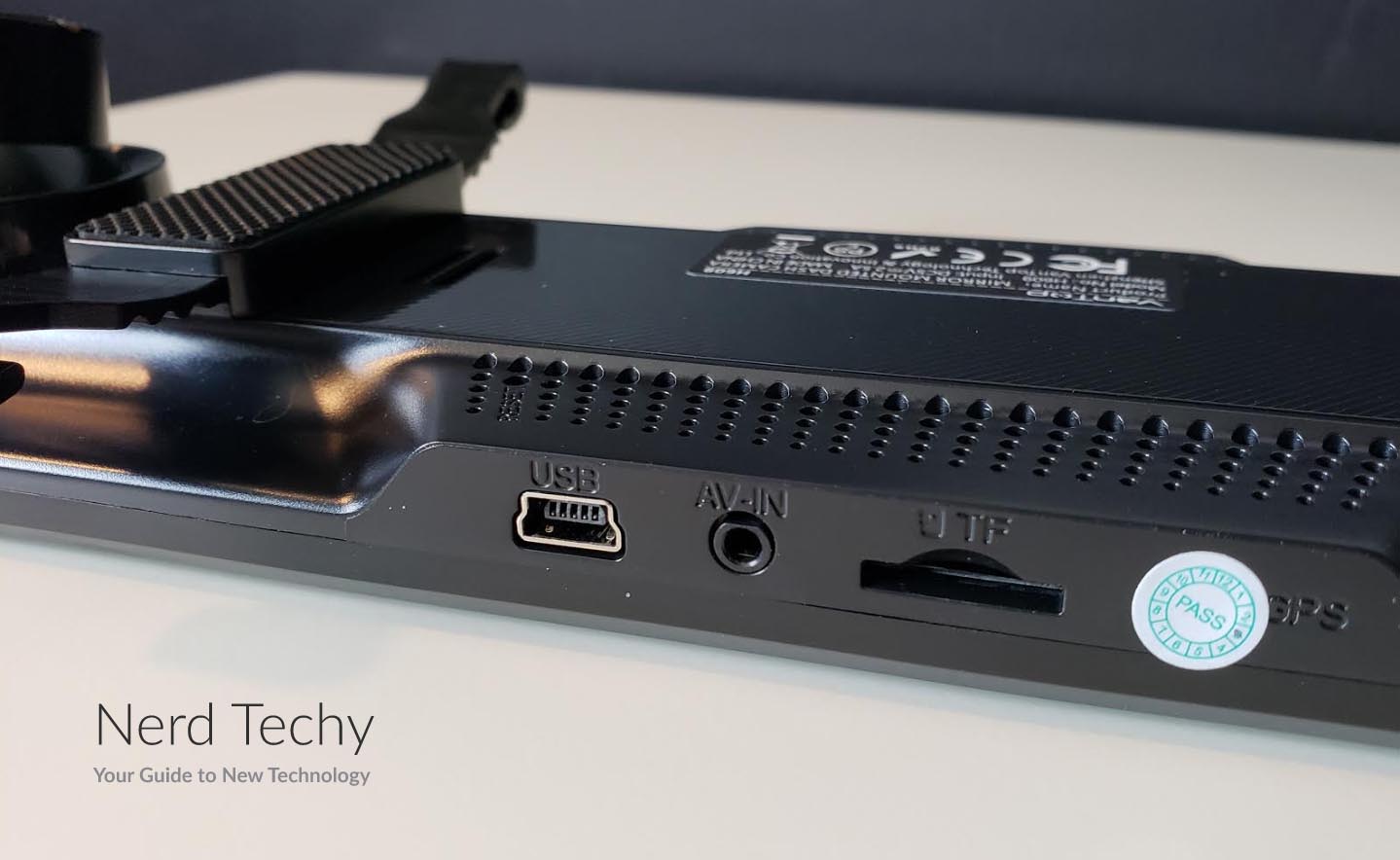 Installing the rearview camera is a bit more of a pain. We’ve talked about the basics already, and explained how to mount it. However, it’s not a wireless camera, so you’ll need to run a wire to the front of your vehicle. By default, the kit includes an 18-foot cable. This is more than good enough for most vehicles. However, VanTop does supply a 23-foot cable if you have a very long vehicle. Simply contact their customer support line, and they’ll mail it to you for free. To install the cable, you’ll need to drill a 3/8-inch hole through the back of your vehicle. This can potentially admit water, so investing in a small rubber gasket isn’t a bad idea. 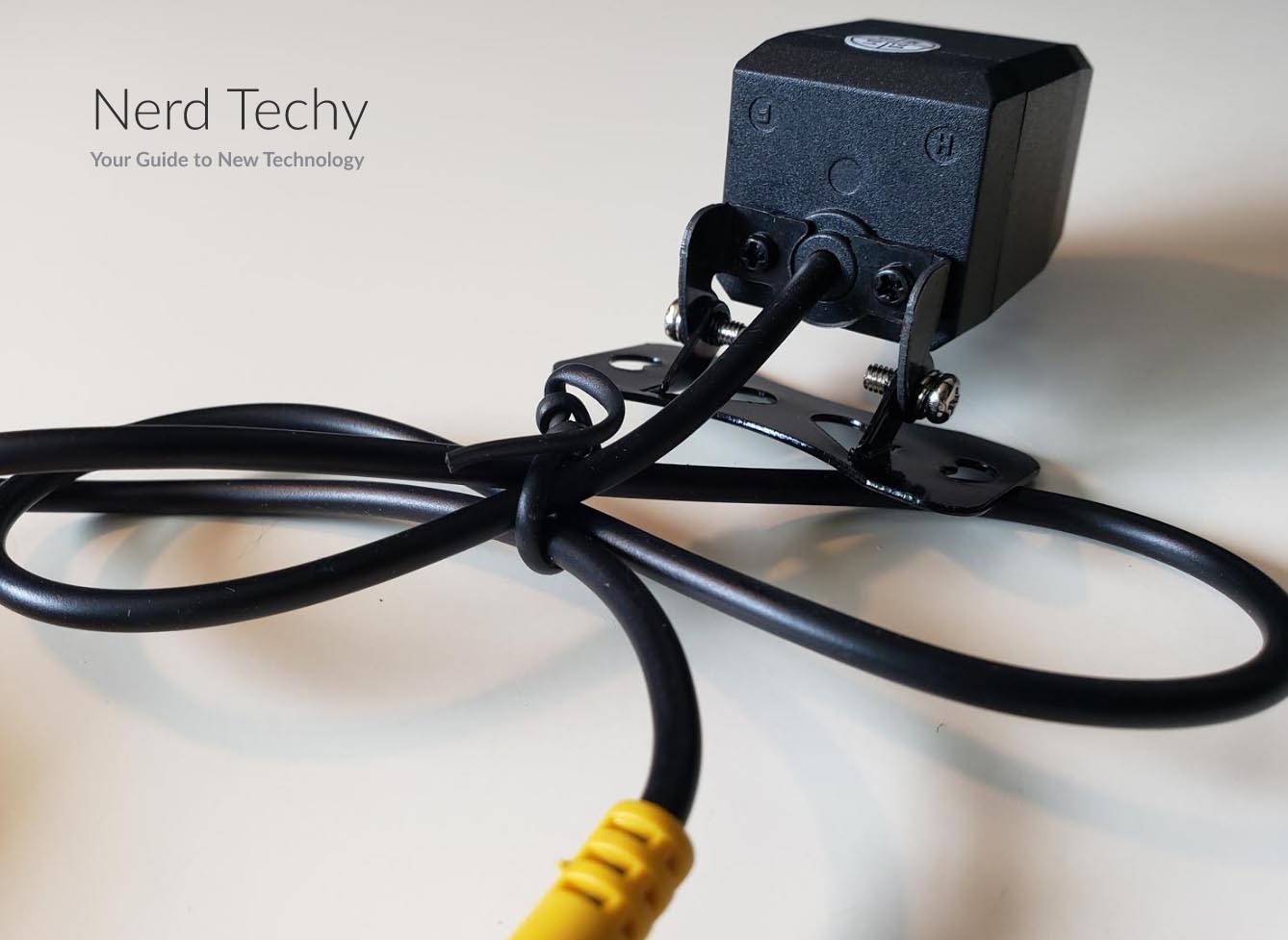 You’ll actually find two wires on this connection. One has a proprietary plug that connects to the front camera/display. The other is a simple cable. This cable gets connected to your vehicle’s reverse light cable. In this way, the camera will automatically activate when your car goes into reverse. If you’re not sure where to connect this cable, consult your car’s wiring diagram. Once that’s done, route the primary cable around your vehicle’s interior trim. Once again, the plastic prying tool can be useful for running the wire cleanly. Ideally, it should come out at the top of your windshield, just above the display.

The VanTop H609 doesn’t come with any on-board storage. However, it does supply the option, and you’re going to want to take advantage. You can use any Micro SD card from 32GB to 128GB. Regardless of what size you choose, you’ll want to use the H609’s built-in tool to format your card. Once that’s done, your cameras will automatically record whenever your car is running. They use loop recording, which means that older video is overwritten first. As a result, in the event of an accident, the latest footage will always be available for retrieval. 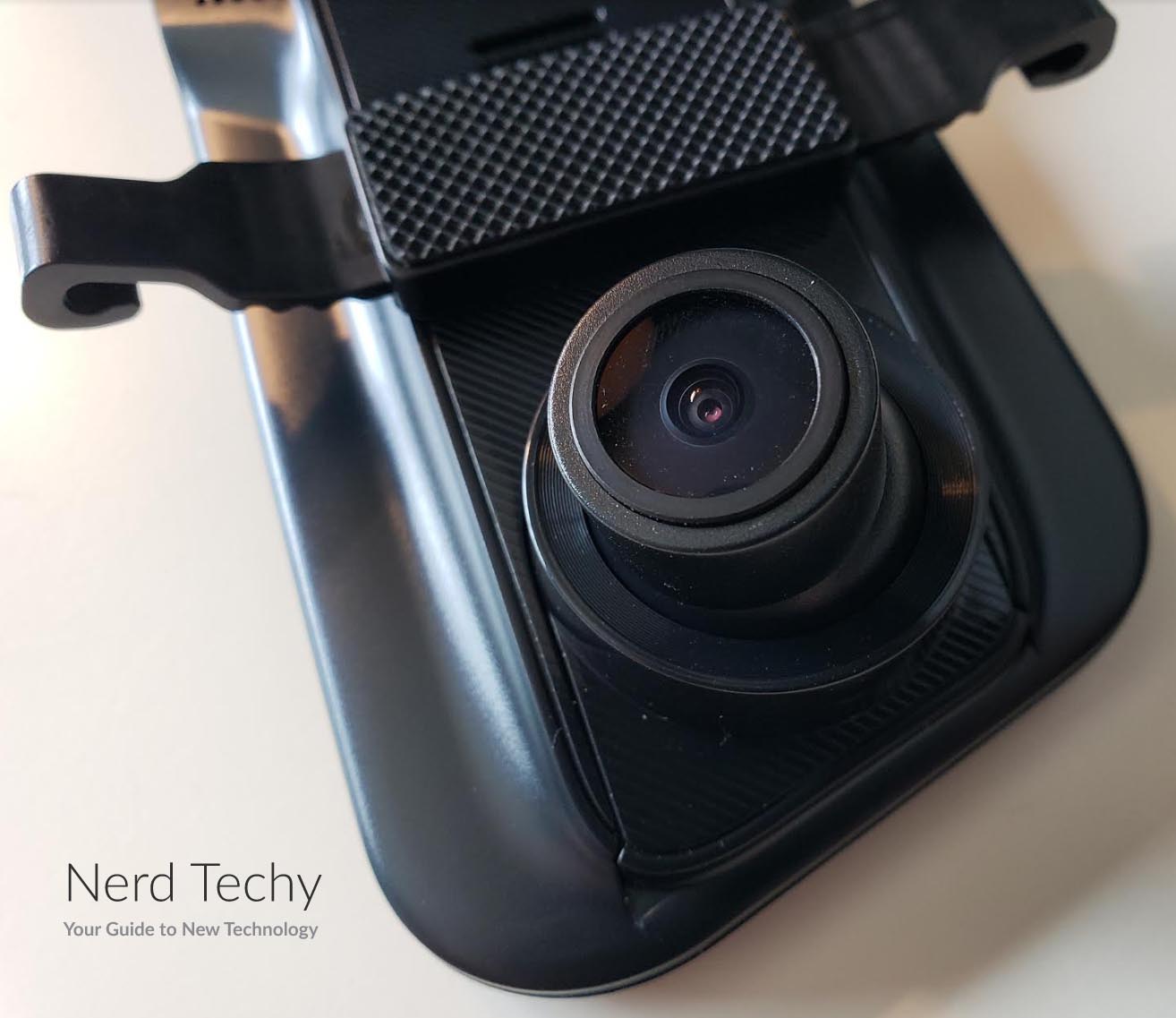 Both the front and the rearview cameras record in full 1080p. This is good enough quality for almost any circumstances. You’ll easily be able to make out vehicle and driver details at any reasonable distance. And since the cameras record at 30 frames per second, you won’t have many issues with motion blur. That said, there are some circumstances under which you might want a higher resolution. For example, what if you want to read a license plate from a hundred yards away. In that case, you might want a 2K or better camera. If that’s what you need, check out the Akaso DL12 2.5K Mirror Dash Cam. It has a similar design to the H609, but the front camera records in 2.5K. 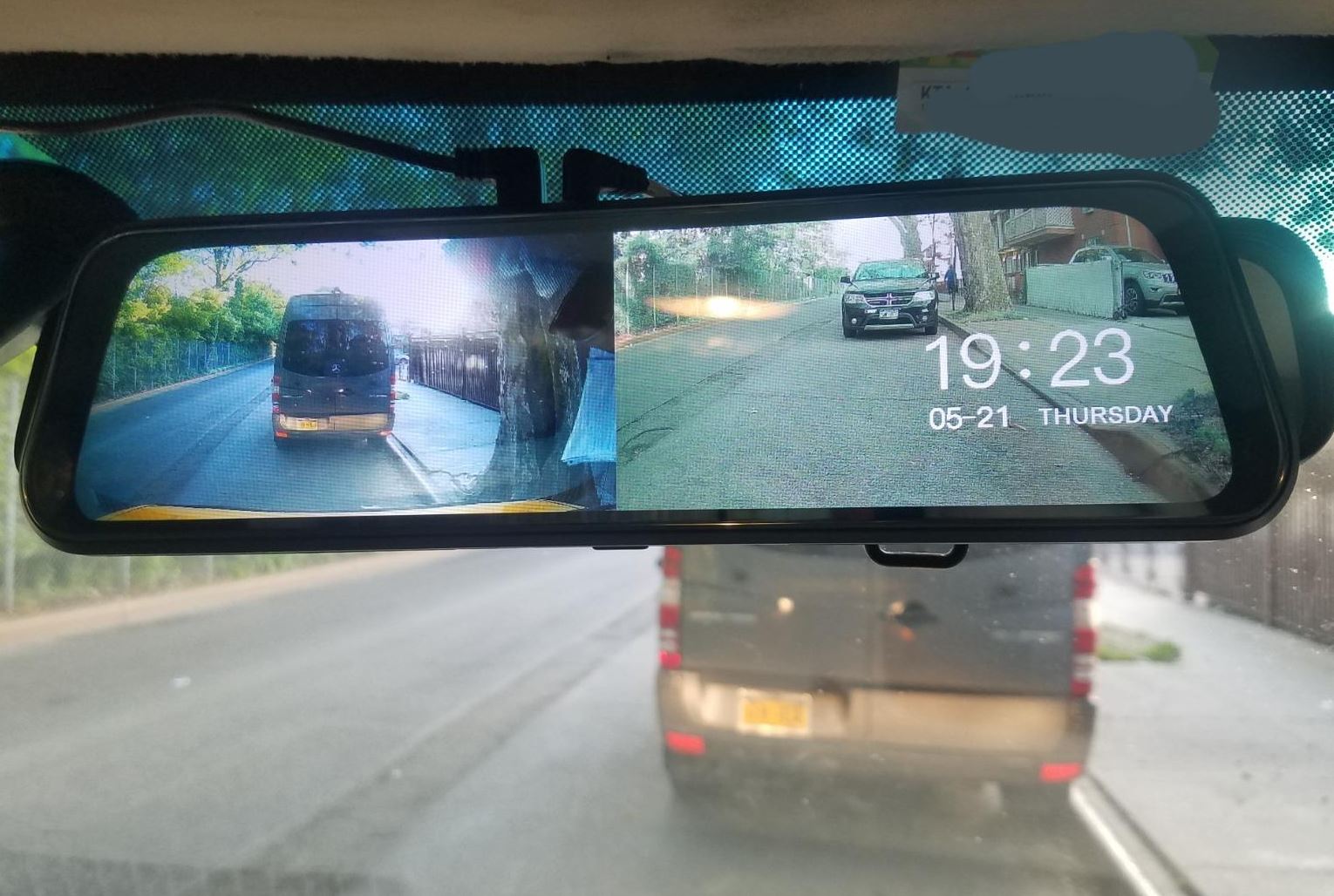 Night vision is also very good. In most circumstances, you’ll see your video in full color. This depends on the light level, though. In very low-light conditions, the image can fade to greyscale. This is particularly true if you’re backing up under dark conditions. In terms of visibility, you get a very wide field of view. The front camera has a 170-degree angle, while the rear camera has an angle of 160 degrees. When you add those up, you get 330 degrees of total visibility. When the rear camera is activated, backup guides will automatically appear on the screen. This makes parallel parking about as painless as it can get.

The VanTop H609 also has a built-in G sensor. When the camera senses that there’s been an impact, that part of the video will automatically get locked into memory. It won’t get overridden unless you manually delete that part of the video from the memory card. As a result, you’re very well protected in the event of an accident. 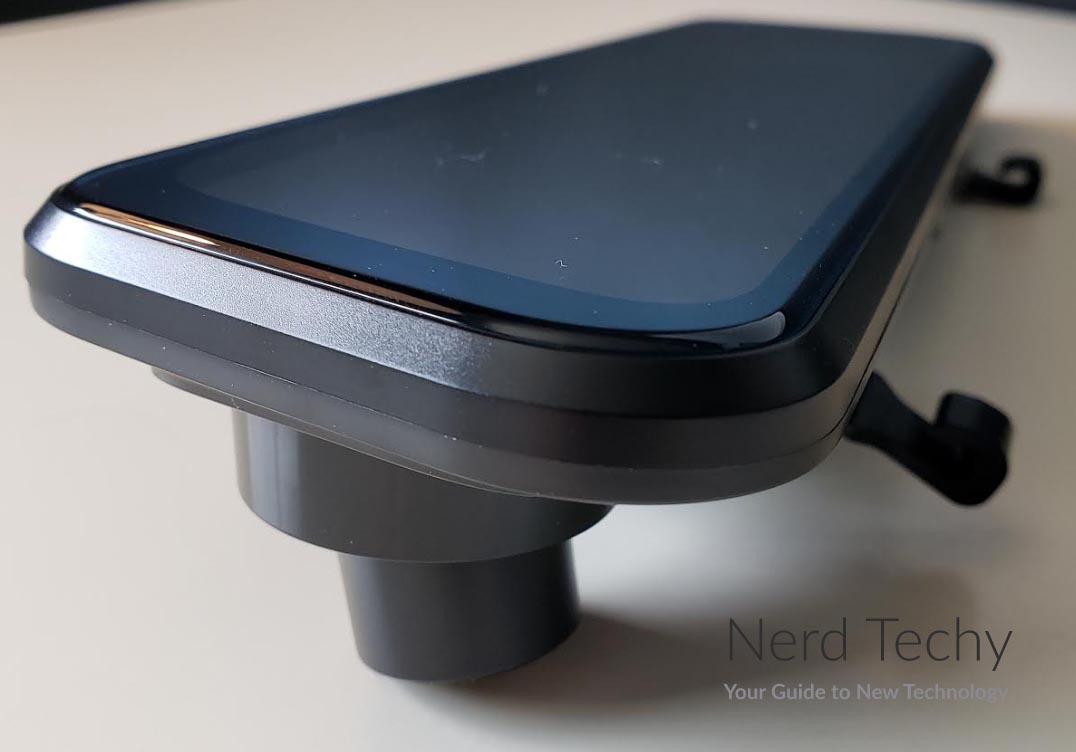 This also works in parking mode, to protect you from parking lot impacts and other problems. In this case, the camera will automatically record for 30 seconds in the event of an impact. That said, this depends on the camera having a steady supply of power. If your 12-volt outlet remains active overnight, you can expect a dead car battery in the morning. So if you want to use the H609 as a parking camera, you’ll need an aftermarket hardwiring kit. Make sure to follow the instructions carefully if you’re doing a permanent install. Wiring your camera through the wrong circuit can drain your battery just as if it were plugged in normally. 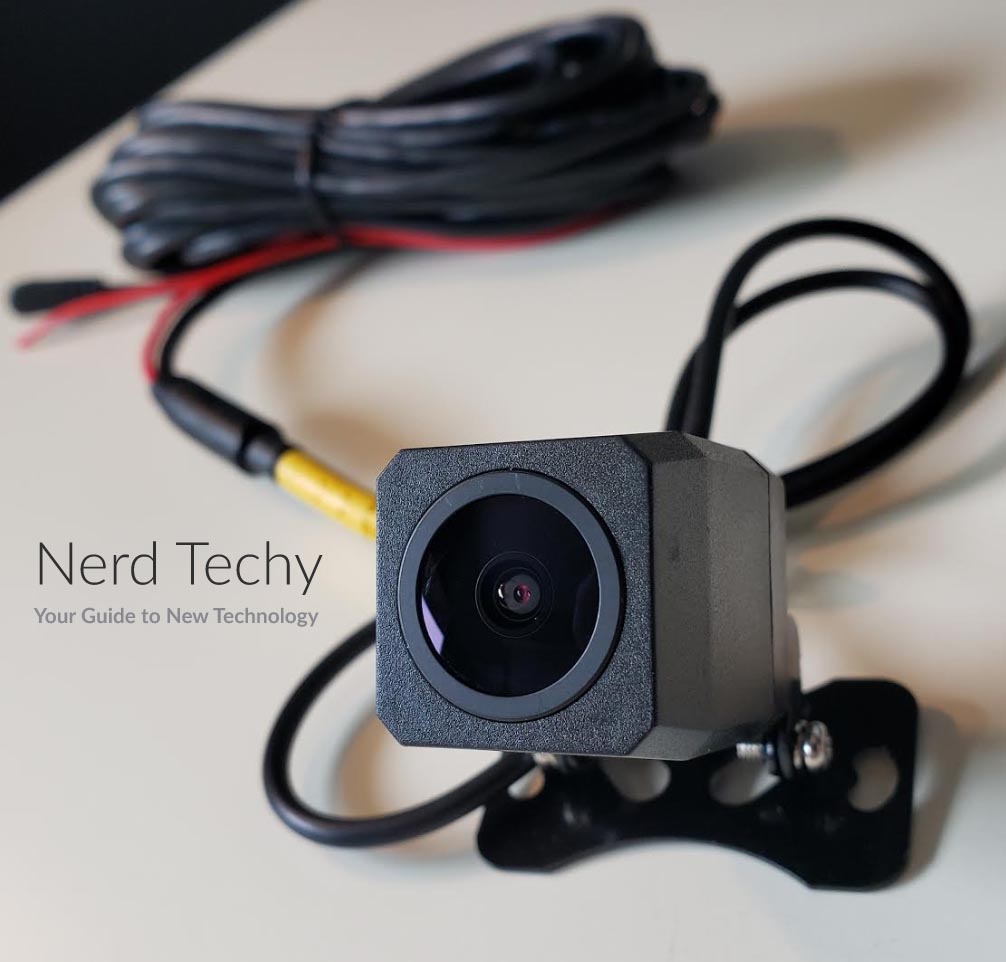 So, is the VanTop H609 worth your hard-earned cash? Considering the low price point, it’s a fantastic value. To begin with, you get full 1080p resolution from both the front and the rear cameras. Moreover, you get easy installation. The front camera can be mounted in just a minute, and won’t scratch your existing mirror. Installing the rear camera can be a bit of a pain, but it’s no more complex than most rearview cameras. Once everything’s all set up, operation is easy. The touchscreen display is simple to operate. Moreover, the option to use the H609 as a parking camera provides a lot of added value.