So, you’re looking for a new pair of wireless headphones, and you want to be an educated customer. Maybe you got burned in the past by buying an inferior product. Regardless, some of these technical features can get confusing. Some things, like physical controls, are easy to understand. But what in the world is the difference between an 8mm graphene driver and a 10mm balanced armature driver? That’s the kind of technical jargon that will drive a casual customer to distraction. Not to worry. We’re about to tell you everything you need to know about earbud and headphone drivers.

The driver is the heart and soul of any set of headphones or earbuds. It’s the component that takes an electrical signal and turns it into sound. Without drivers, your earbuds are just a set of useless shells. So, before we talk about drivers, let’s look at some of the components. What we’re about to describe is a dynamic driver, which is the most common type of driver. There are other driver types as well, which we’ll talk about in a second. But for the most part, the general principle is the same.

The first part of a driver is the magnet, which generates a magnetic field. As the electrical current in the environment changes, the magnet moves around and the shape of the field changes. Most headphone drivers are made of cobalt or ferrite. However, some high-end headphones use rare minerals that allow for smaller, stronger magnets.

The diaphragm is the part of the driver that actually produces sound. It’s a semi-flexible membrane that’s supported around its edges. When excited by an electromagnetic current, this membrane vibrates. The vibrations, in turn, cause the air to move, producing sound. Cheaper membranes will generally be a single layer, while high-end membranes can consist of several layers of material.

The third essential component is the voice coil. The voice coils work in concert with the magnet to move the diaphragm. As a current passes through them, the coils convert an electrical signal into sound. They’re generally constructed from special oxygen-free copper for maximum conductivity. This construction makes them very efficient, far more than ordinary copper wires. 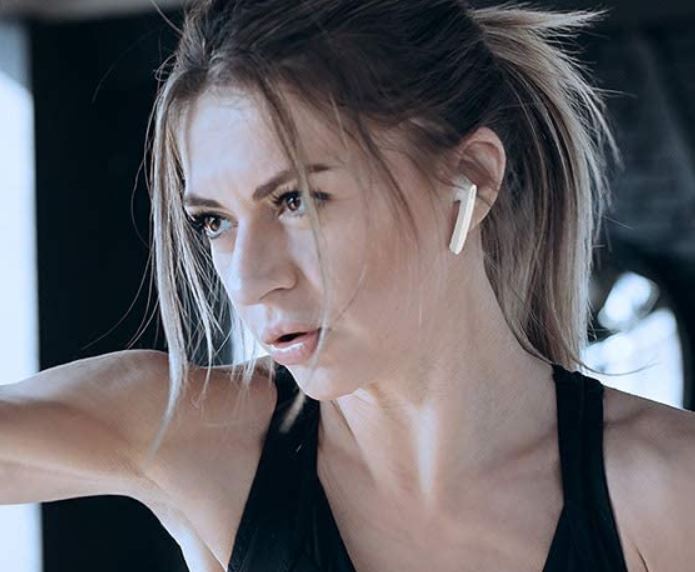 What to Look For in a Pair of Headphone Drivers

One feature most people look for in a set of drivers is size. Most headphone drivers fall between 20 and 50mm in diameter, and your average earbud driver is between 6 and 8mm. The larger the driver, the louder the maximum volume. This only makes sense, since a larger driver can move more air faster. Larger drivers are also capable of producing better bass – all other things being equal. That said, there’s a common misconception that bigger drivers are automatically better. But size is only a portion of the equation. There are many factors that can affect your audio quality, and driver size is just one part of the equation.

For one thing, big drivers can have a harder time producing clear, crisp highs. This depends on the quality of the material itself. A large, high-quality driver will do just fine. On the other hand, a cheap, big driver will tend to sound “floppy.” If all you want is powerful bass, knock yourself out! But be aware of what you’re getting into. If you think about it, this makes sense. Many top manufacturers produce high-quality earbuds with itty-bitty drivers. So, how do they do it?

One method is to use a set of multiple drivers. The reason for this is that a single driver can only put out so much sound. If there’s a complex mix with lots of frequencies, you eventually start losing detail. With a set of multiple drivers, the earbuds or headphones can split up the job. With different drivers working in different frequencies, you get significantly richer audio. Once again, though, simply having multiple drivers is no guarantee of good quality. A high-quality single-driver headphone will still sound better than a cheap multi-driver headphone. It all comes down to the quality of the drivers themselves.

So, what should you be looking for? We’ll talk about more driver details in a second. But for the most part, when it comes to audio quality, your best resource is a review from a real user. That said, you can still determine a lot just from looking at a pair of headphones or earbuds. For one thing, you can look at the quality of the construction and the comfort of the fit. If the outside of your headphones is cheap, it’s a good bet that the internal components are also sub-par. On the other hand, if the headphones are well-built on the outside, the internals are most likely of equal quality.

This isn’t just a matter of audio quality. Cheap drivers can easily become damaged from the intense vibrations at peak volume. So they can sound good for a few months, then fail when you try to crank the volume up. 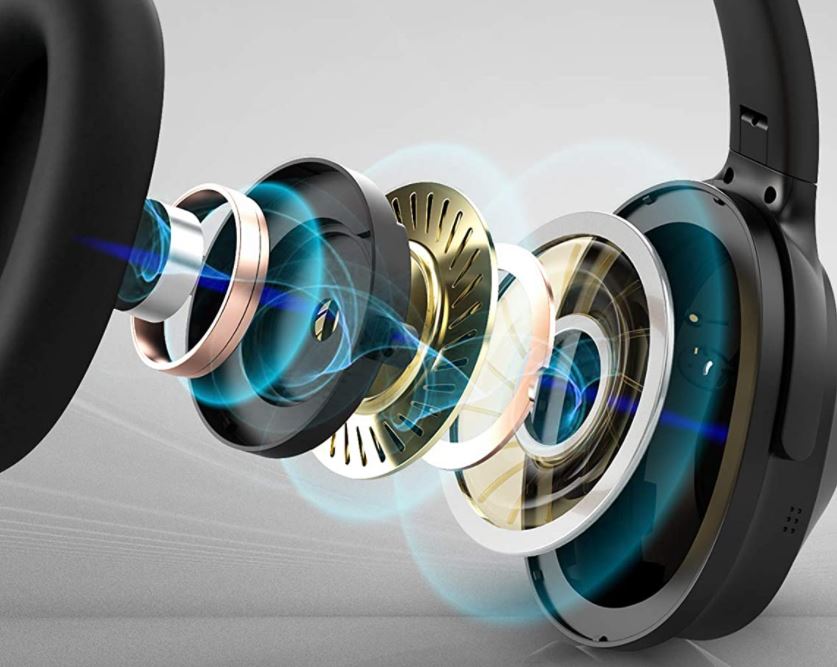 So you can’t base your judgement on the size or number of drivers. What can you base it on? One way to get an idea of what you’re buying is to look at the actual type of the drivers. Let’s take a look at all the common designs, and examine their benefits and drawbacks.

We’ve already described how a dynamic driver works, and they’re the most common type. A magnet turns the voice coil into an electromagnet, which them moves the diaphragm when a current is applied. The main benefit of a dynamic driver is that they can move a lot of air with relatively little power. This makes them a great choice for powerful bass response, a powerful feature in today’s world. Dynamic drivers come with a downside, though. Because of their highly flexible design, the audio can become distorted at high volume. This can be mitigated with good engineering. Some of the most well-regarded headphones use dynamic drivers. But if you go cheap, you can expect to be disappointed.

Balanced armature drivers are designed to offer maximum performance at the minimum size. It consists of an arm (armature) that’s mounted in the middle of the driver coil. Small, powerful magnets at the top and bottom of the coil cause the armature to move up and down. As one or the other magnet receives an electric charge, the armature moves the diaphragm, producing sound.

Balanced armature drivers are popular in high-end earbuds like the Linsoul KZ-S2. They can produce incredibly detailed audio, even at a very small size. The downside is that they can’t move much air, so the bass response is limited. 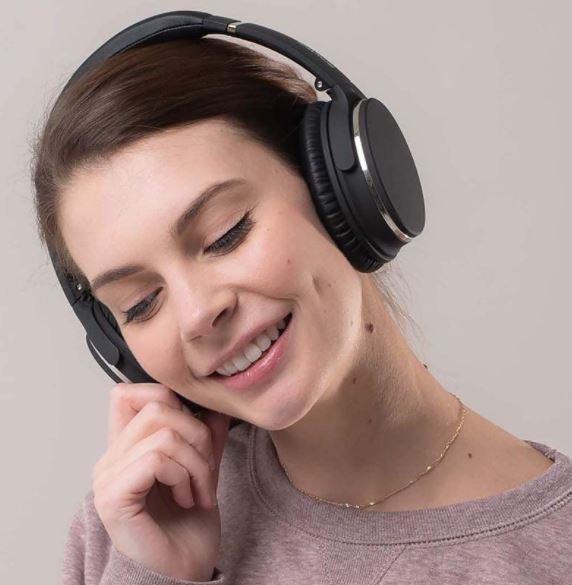 Strictly speaking, hybrid drivers aren’t actually a type of driver. Rather, a hybrid driver earbud has a combination of dynamic drivers and balanced armature drivers. The point of this design is to get the best of both worlds. The balanced armature drivers specialize in middle and high frequencies for better detail and crispness. The dynamic drivers, meanwhile, handle the bass frequencies, which requires pushing more air.

These types of drivers tend to be pricey, since each headphone needs two, three, or more drivers. On the other hand, they provide excellent audio quality and warmth across the spectrum. Moreover, because of the power requirements, they’re generally only found in wired headphones.

Planar magnetic drivers are designed to be exceedingly thin. Because of this design, they’re often used in open-back headphones. They have a similar design to dynamic drivers, but without the voice coil. Instead, the magnetic field moves the diaphragm directly. Without a coil, your design becomes correspondingly thinner. This makes them suitable for smaller earbuds where other designs can be problematic. It also offers excellent audio quality, including powerful bass response. The downside is that this type of driver is a bit pricey. You’re getting good quality – at least in theory – but you’re going to pay for it.

Electrostatic drivers use static electricity instead of a traditional electric current. In this design, the diaphragm is positioned between a pair of magnets that move it back and forth. Because of perforations in the diaphragm, air can move freely in both directions. This allows for excellent detail, particularly in a slim set of drivers. To be clear, electrostatic drivers aren’t terribly common. They’re only occasionally found on some sets of open-back headphones. The sound quality is excellent across the spectrum, probably the best of any driver type. On the other hand, they come with a correspondingly high price.

Bone conduction drivers are a relatively new technology, but it’s rapidly growing more popular. Instead of putting the sound directly into your ears, they cause your facial bones to vibrate. This directly stimulates the inner ear, bypassing the eardrum.

The downside of this technology is obvious: your facial bones aren’t designed to conduct sound. As a result, the audio quality isn’t as good as other types of drivers. On the other hand, bone conduction drivers allow for excellent spatial awareness. They’re also a good choice if you can’t hear normal earbuds because your eardrums are damaged.