These days, there aren’t many things that cost cents instead of dollars. While menus and signs used to be full of the cents symbol, that friendly little “¢” has become rarer and rarer. It’s become so uncommon, in fact, that modern keyboards don’t even have a space for it. This is true even for high-end mechanical keyboards. It’s relegated to the character map, with symbols like “≠,” and “µ.”

But there are times and places where you might want to use the cent symbol. Maybe you’re making a sign, or a flyer. Maybe you want the 99¢ small soda to say “99¢” instead of “$0.99” because it looks cooler. Point being, there are any number of reasons you might want to use a cent symbol in your project. Here’s how to use it, along with some more fun facts about your keyboard.

How to Type the Cent Symbol in Microsoft Office and Mac

Most of the time, you’ll probably be using the cent symbol in the context of an office application. Here’s how to do that, both in Windows and on a Mac.

In Microsoft Word, or any other Microsoft Office application, the cent symbol requires a three-button combination. You press the “Ctrl” and “/” keys and hold them down. Then, hit the “C” key, and the cent symbol will appear on your screen. That’s all there is to it. On Mac, the process is even simpler. All you do is press the “Option” key and hold it, followed by pressing the “4” key. Immediately, you’ll see a “¢”.

How to Make the Cent Symbol in Any Application

In other Windows and Mac applications, things start to get a little more complicated. First, let’s be honest. There are any number of apps out there, and any number of ways of making a cent symbol. That said, there are a few things you can try that generally work most of the time.

The first is to use the Alt code. An Alt code is a text code that will work in most Microsoft Windows programs. To use an Alt code, you hold down the “Alt” key, then press a series of keys. In this case, the Alt code for ¢ is 0162. So you would press and hold “Alt,” then type the numbers 0, 1, 6, and 2 in sequence. This works in most programs, although your mileage may vary.

That said, different computers and programs have their own unique quirks. What if you try to use an Alt code and it doesn’t work? In that case, you could try using the numbers on the numeric keypad instead. Make sure the Num Lock light is active when you do this. It doesn’t hurt to enable Scroll Lock either on some systems, although we’re not sure why.

On a laptop, it can be even more challenging, since you may not have a numerical keypad. In that case, look at the keys and see if there are any number keys on the main part of the keyboard. You’ll often find them there, alongside your ordinary letters. To use them, you’d need to use the Function key to enter the numbers. So you’d press and hold Alt, then the Function key, then enter 0-1-6-2. If that doesn’t work, you might be able to press Function first, then Alt, then your numbers. In the event that this still doesn’t work, you can bring up your onscreen keyboard. This can usually be done by pressing Function and F11, but your mileage may vary.

If you’re trying to put a ¢ symbol on a website, you’ll be better served by using the Unicode symbol. There are actually two of these. The first, “¢” is the code for an ordinary ¢ sign. The second, “￠” is for a bold ¢. 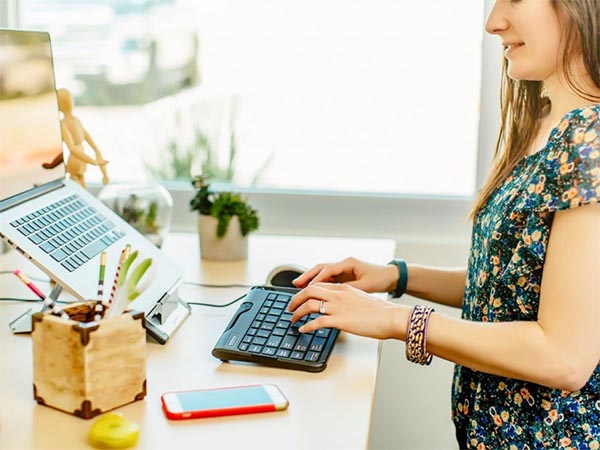 If All Else Fails…

If nothing else seems to be working, there’s an easy way to “cheat” the system. Just copy and paste a cent symbol from somewhere else. You can search for one on Google, copy it to your clip board, and drop it into your document. Here’s one you can copy right now: ¢.

If you’re offline, another surefire way to find a cent symbol is to open your Windows Character Map. To do this, first click the Start button, click in the Search box, and type “Character Map.” It will show up. Click the launch button, and you’ll see a basic keyboard, with no “¢” key. You’ll need to open the Advance View by clicking the check box. This will open up an expanded list of symbols, including the all-important cent symbol. If you double-click it, you’ll see an option to copy it to text. Click that button, and you can then paste it wherever you need it to go.

The History of the QWERTY Keyboard

Early typewriters varied widely in terms of their layout. In fact, keyboards still do today. Folks are still innovating with devices like split gaming keyboards. But for the most part, we’ve settled on the standard QWERTY layout. Why did this come to be?

There are a couple of theories. The one you’ll hear most in popular culture is that the QWERTY keyboard was designed to slow typists down. This makes sense if you’re not a touch-typer. For someone who types by sight, an alphabetical layout makes it easier to find keys. But the QWERTY keyboard is actually laid out in a very efficient way for touch-typing. For example, commonly-used pairs of letters are close together. You can hit “T” and “H” with your opposite index fingers in quick succession, so it’s easy to type “the.” Conversely, the keys at the corners of the board are the least commonly-used, such as “Q” and “Z”. 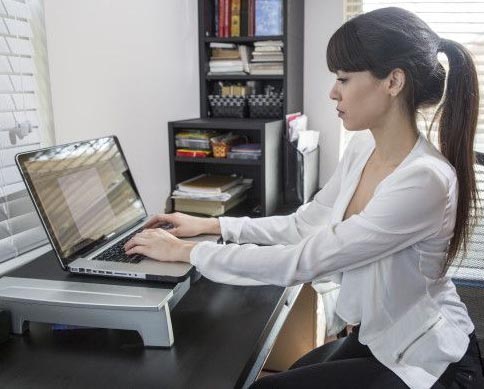 Another intriguing theory is that the QWERTY layout was designed for telegraph operators. According to a 2011 Kyoto University study, there’s some weight to this. In Morse code, both “Z” and “SE” are represented by the sequence “….”. Operators sometimes had to determine the meaning of a sequence based on context. They might have to wait for the next letter to know whether to type “Z” or “SE.” So it made sense to keep these letters close together on the keyboard.

Regardless of the reason, QWERTY keyboards never quite agreed on the location of symbols, including the cents sign. The most common locations were above the six, or next to the semicolon. However, it could also be found above other numbers, sometimes even as a secondary shift function.

So, What Happened to the ¢ Key?

So, why do modern keyboards no longer include a cent symbol? They didn’t just disappear. They started to phase out in the 1980s, and have been exceedingly rare since the late 90s. There are a variety of theories as to why. One is the theory we already mentioned: with inflation, few prices nowadays require a ¢ sign.

However, there’s also another major factor. It’s no coincidence that the cent symbol started to disappear at the same time that computers became common. Databases and spreadsheets need to be easily searchable, which requires entering items in a uniform fashion. Small amounts of money can be easily delineated with a dollar sign, as in “Small soda: $0.99.” Larger amounts, however, are awkward to describe in terms of cents. Nobody would write a million dollars as “100,000,000¢”. As a result, the dollar sign became the standard for office purposes, and the cent sign had no real use.

Guide to the Best Fingerprint Readers (Scanners) for …
December 22, 2021