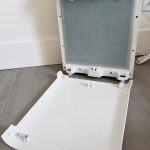 If you’re concerned about your health, your indoor air quality should be a major sticking point. These days, we’ve installed extra insulation, double-paned windows, and other energy-saving features. And, to be sure, they’re a great way to save energy in our homes. However, all of these energy-saving measures have left our homes almost hermetically sealed. The result is that airborne contaminants can build up over time, irritating our lungs. Some contaminants, such as formaldehyde, can cause damage to anyone. Others are more specific. For instance, if you’re allergic to mold or pollen, circulating those same particles around your house is a bad idea.

As a result, HEPA air purifiers have gone from being a niche product to a popular household appliance. We’ve reviewed several models over the years, and now we’ll be talking about the Levoit Vital 100. This air purifier offers a little more power than most, but that doesn’t necessarily make it a good buy. To figure out whether it’s actually worth your hard-earned cash, we’ll need to dig deeper. We’ll take a look at all its features, and give you an honest take. Let’s begin! 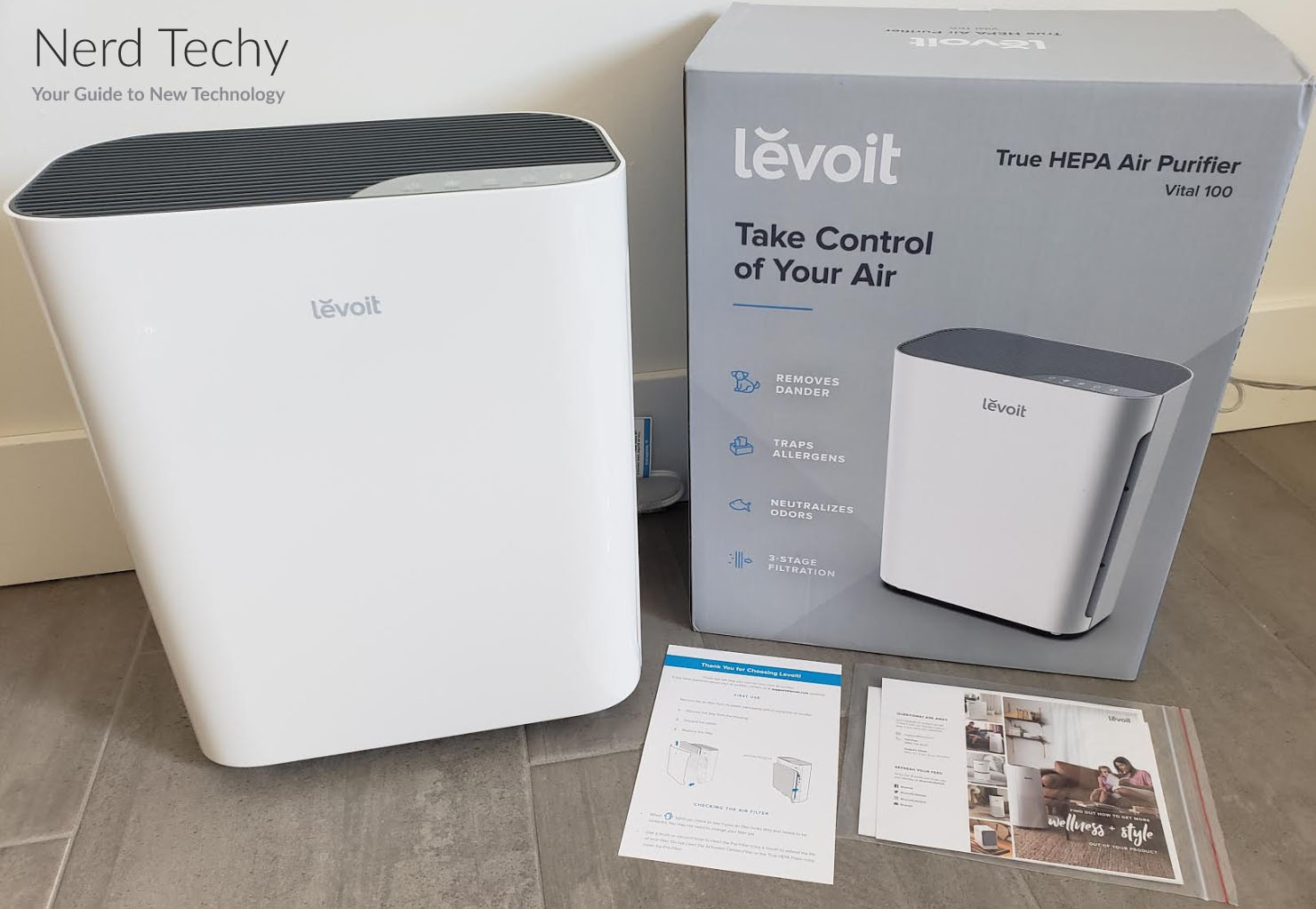 The Levoit Vital 100 is tall and narrow, measuring 16.1 inches in height, 12.8 inches deep, and 6.4 inches wide. It’s relatively heavy for the size, tipping the scales at 10.25 pounds. It’s constructed from white ABS plastic, and at first glance it looks like it belongs in an entertainment center. The intake vents are a bit unusual. Instead of the grated intakes you’ll see on many air filters, they’re large slots instead. These vents are designed specifically for animal hair, preventing it from clogging up grated intakes. This will keep animal hair from building up on the sides of your machine. However, it will just build up on the pre-filter instead. This isn’t necessarily a criticism. But, keep in mind that the large vents are really a cosmetic feature more than a functional one. 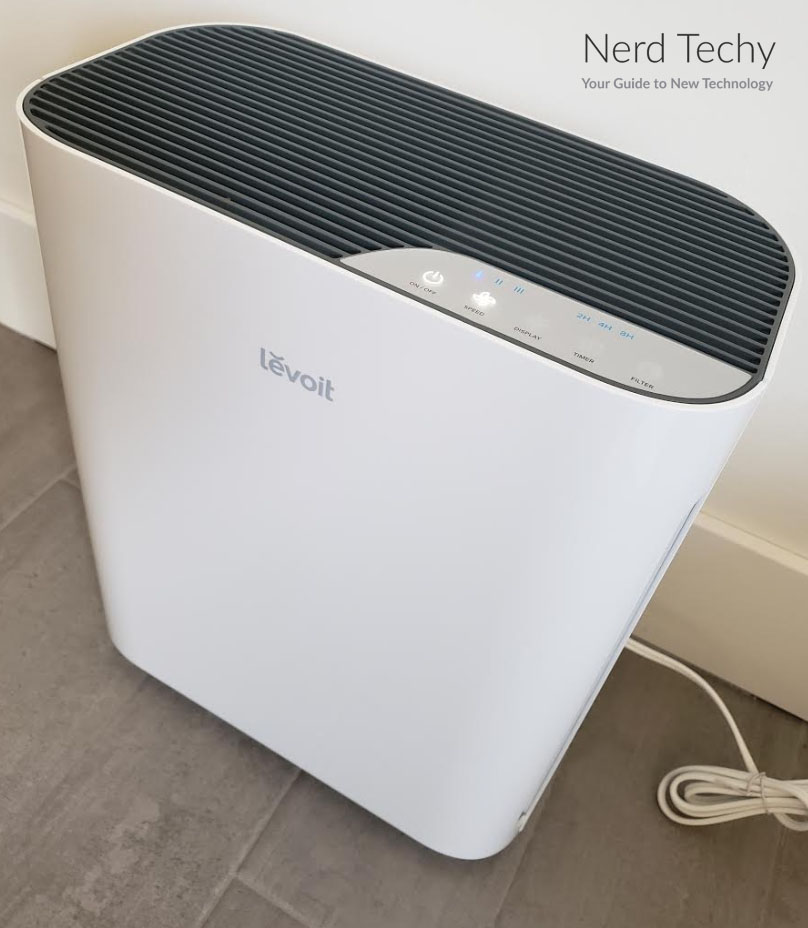 If the Vital 100 is a bit bigger than you’d prefer, Levoit manufactures other options. For example, the LV-H132 is relatively compact, although it’s only rated for a smaller space.

On the top of the Vital 100, there’s a grey outflow vent, as well as a row of soft touch controls. The right-hand button is a simple on/off control to power your device up or down. The next button controls the fan speed. Tapping it cycles through three different options, with the fan strength indicated by a set of LED indicators. The next button controls the LED lighting, so you can turn the night light on or off. The fourth button allows you to set a timer, and cycle through different time periods. The timer is totally optional, so you can set a time period or simply let the Vital 100 run. The last button is a filter indicator. It will illuminate when the filter needs to be changed, and pressing it will reset the filter timer. 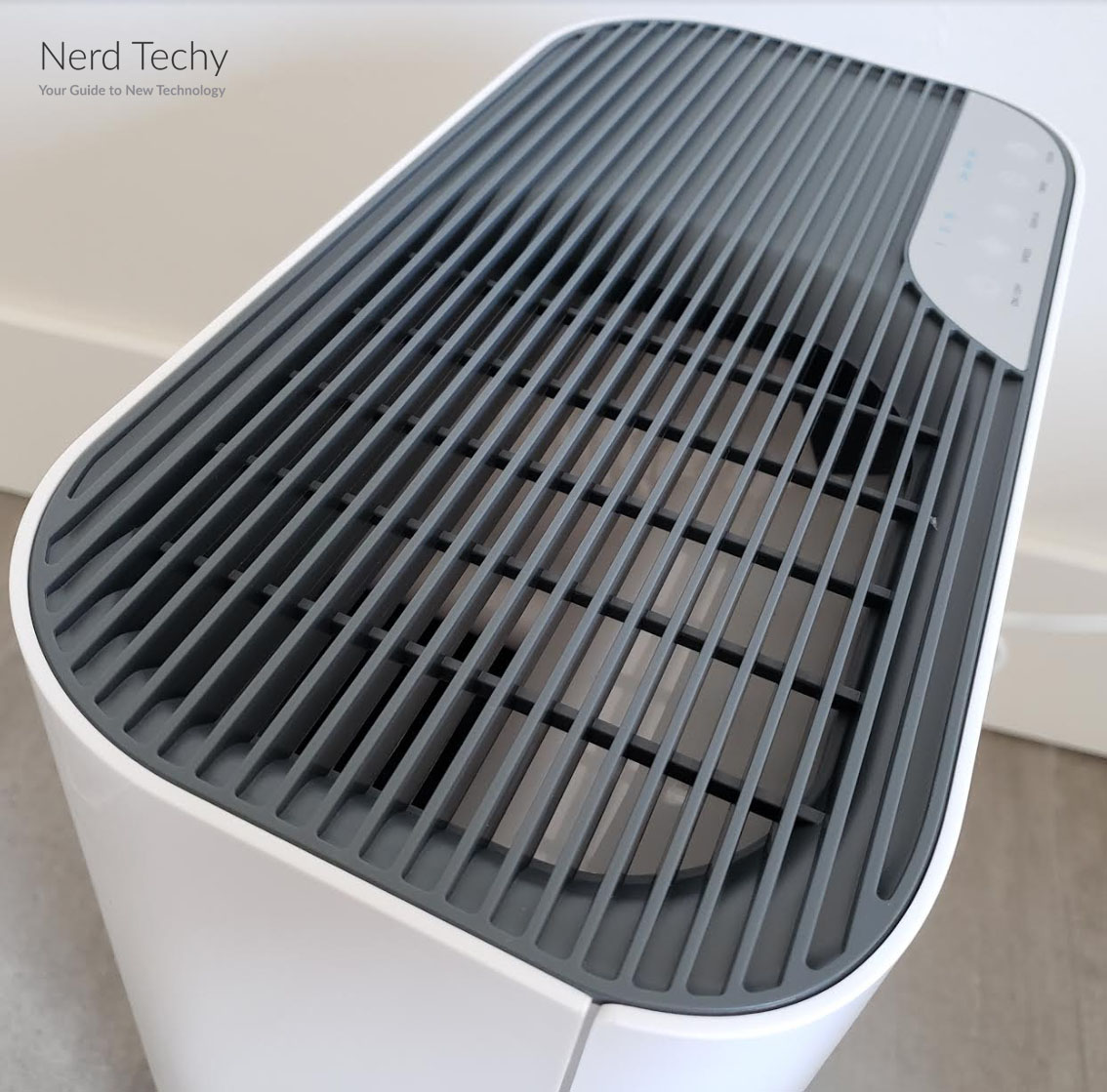 When you set up the Vital 100, it’s important to position it on a firm, level surface. This ensures that it isn’t going to tip over during operation. The intake vents also require 15 inches of clearance. As a result, this is not a bookshelf filter. Put it somewhere where it has enough clearance, and it will work much better. There should also be some clearance around the top of the unit. Otherwise, the same clean air will build up around the filter, and keep cycling through. You’ll have a few square feet of absolutely pristine air, but it won’t disperse through the room.

When properly set up, the Vital 100 can clean up to 500 square feet of air. However, you’ll get maximum performance in a space that’s 300 square feet or smaller. As always, keep in mind that this assumes standard 8-foot ceilings. For rooms with a cathedral ceiling, the filter will only be effective for a smaller area. 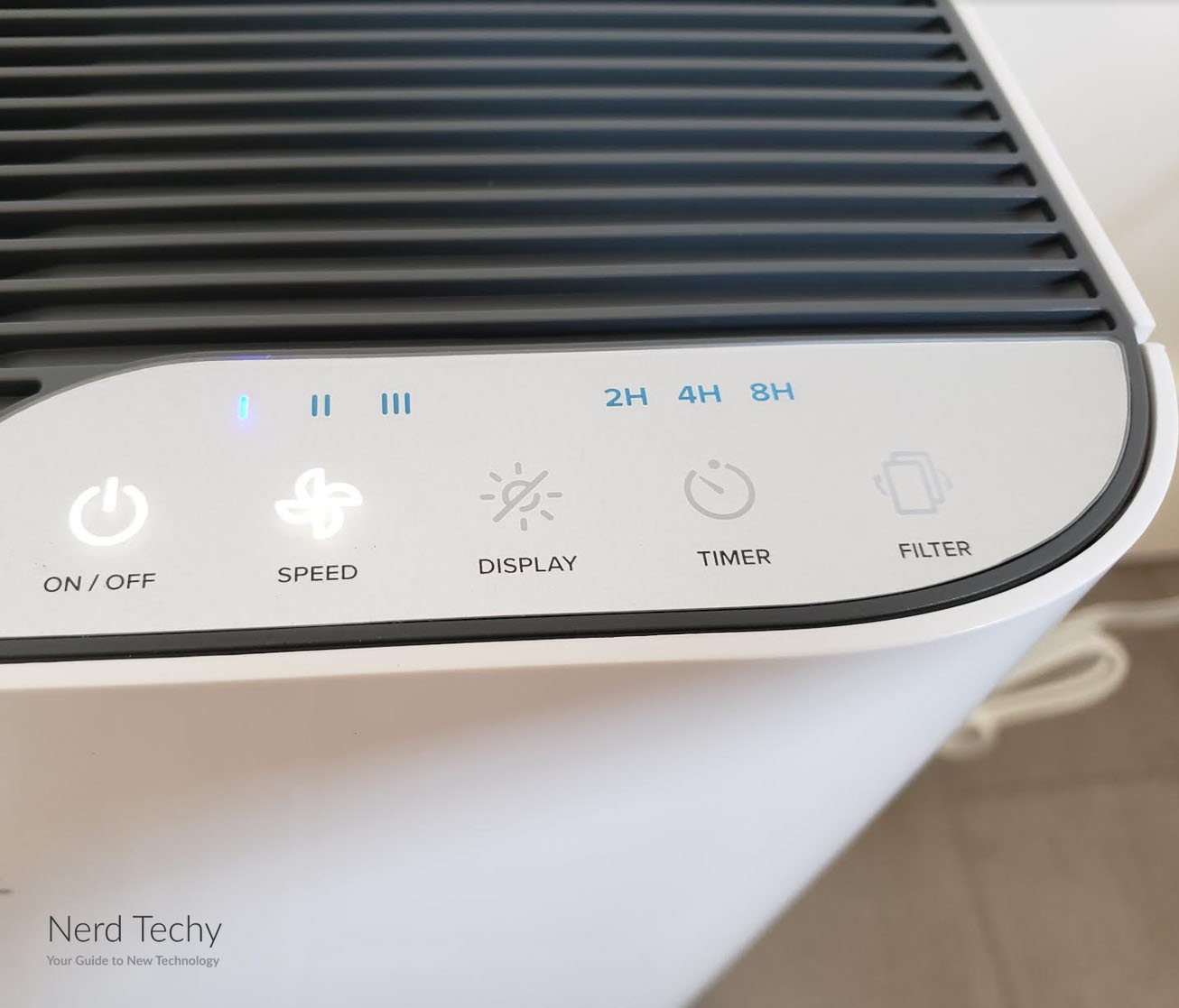 If you’re using the filter in a smaller space, you can lower the fan speed to save power. You can also save power by setting the Vital 100’s timer. By tapping the timer button, you can cycle through 2, 4, or 8-hour time limits. This way, you can clear out a room without wasting energy. This is a great feature if you just clouded up your kitchen with grease smoke, for example. It’s also a good way to run the filter while you’re at work, without leaving it running all day.

In addition to its standard modes, the Vital 100 also has an ultra-quiet sleep mode. On this setting, the fan will only produce 23 decibels of sound. This is right at the threshold of human hearing, so it’s almost literally silent. The Vital 100 also includes a built-in night light. Whether you prefer sleeping in pitch darkness or want a bit of light, it’s got your needs covered. 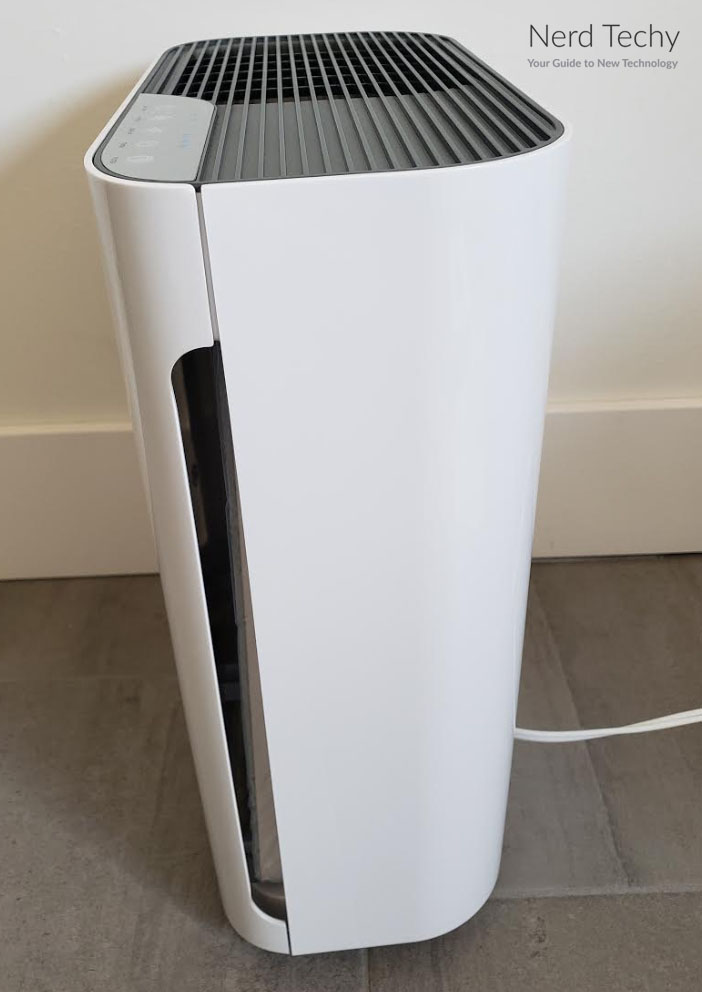 One thing the Vital 100 doesn’t offer is smartphone control. If you want a smarter filter, consider Levoit’s LV-PUR131. You can even run the filter while you’re on vacation, to clean the air for when you return home.

Levoit also manufactures even more powerful filters for cleaning even larger areas. The LV-H134 is rated for 710 square feet. However, it’s fairly large, so make sure you’ve planned out a space to put it. 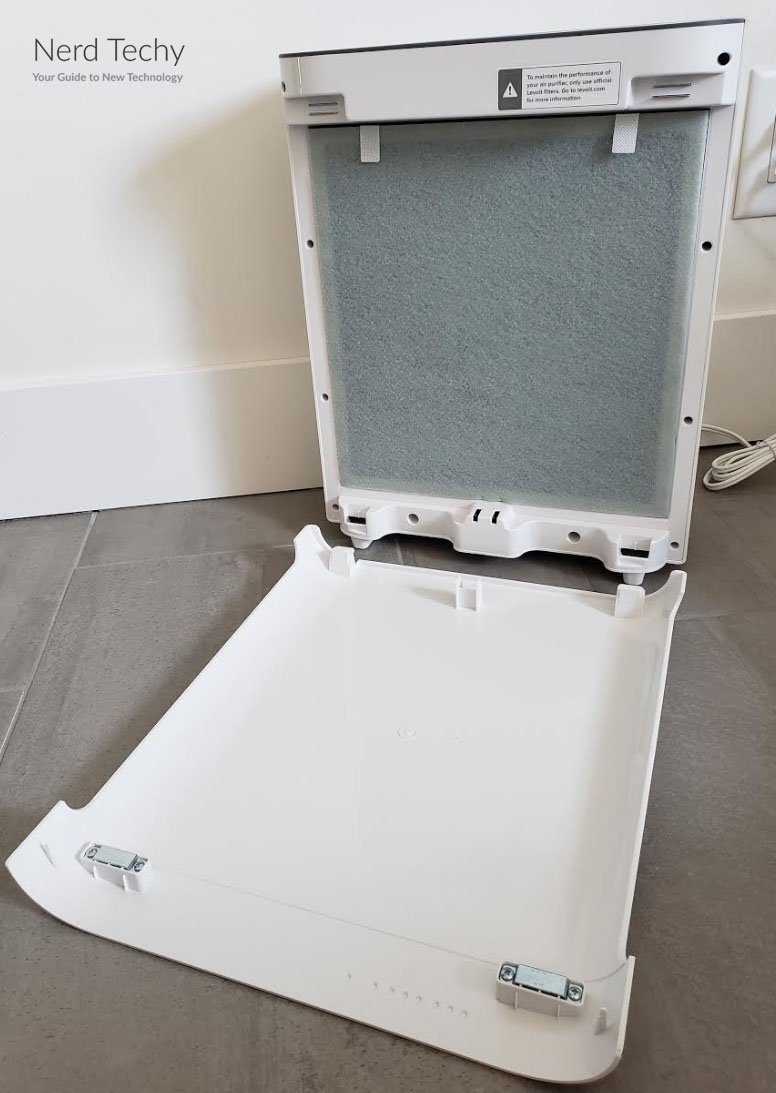 Like most HEPA air filters, the Vital 100 is designed with a 3-stage filter. This design allows it to remove progressively smaller particles as the air moves through it. The first layer is a pre-filter, which is both removable and washable. It’s designed to collect larger particles, so that they don’t clog up the pricier, finer inner filters. When you clean the pre-filter, it’s important to let it dry thoroughly before re-inserting it into the Vital 100. Otherwise, residual moisture can damage inner filter layers. 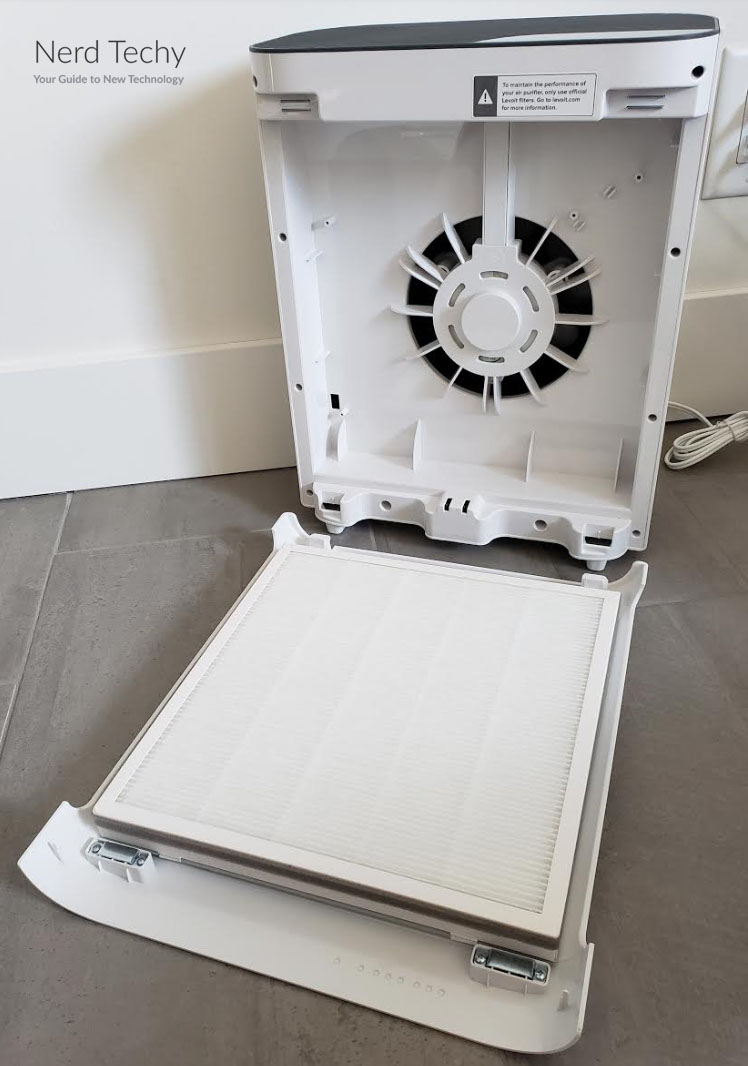 The next layer is a standard HEPA filter, which removes airborne particles as small as 0.3 microns. This includes 99.97 percent of all airborne particles, which is HEPA’s standard. To be fair, there are more powerful filters on the market. That said, the vast majority of air filters are designed around a 0.3-micron standard. If you have an existing HEPA filter, it’s probably very similar. The inner layer is made of activated charcoal, and isn’t primarily designed for removing particles. Instead, it captures chemical fumes that can slip through a standard particle filter. 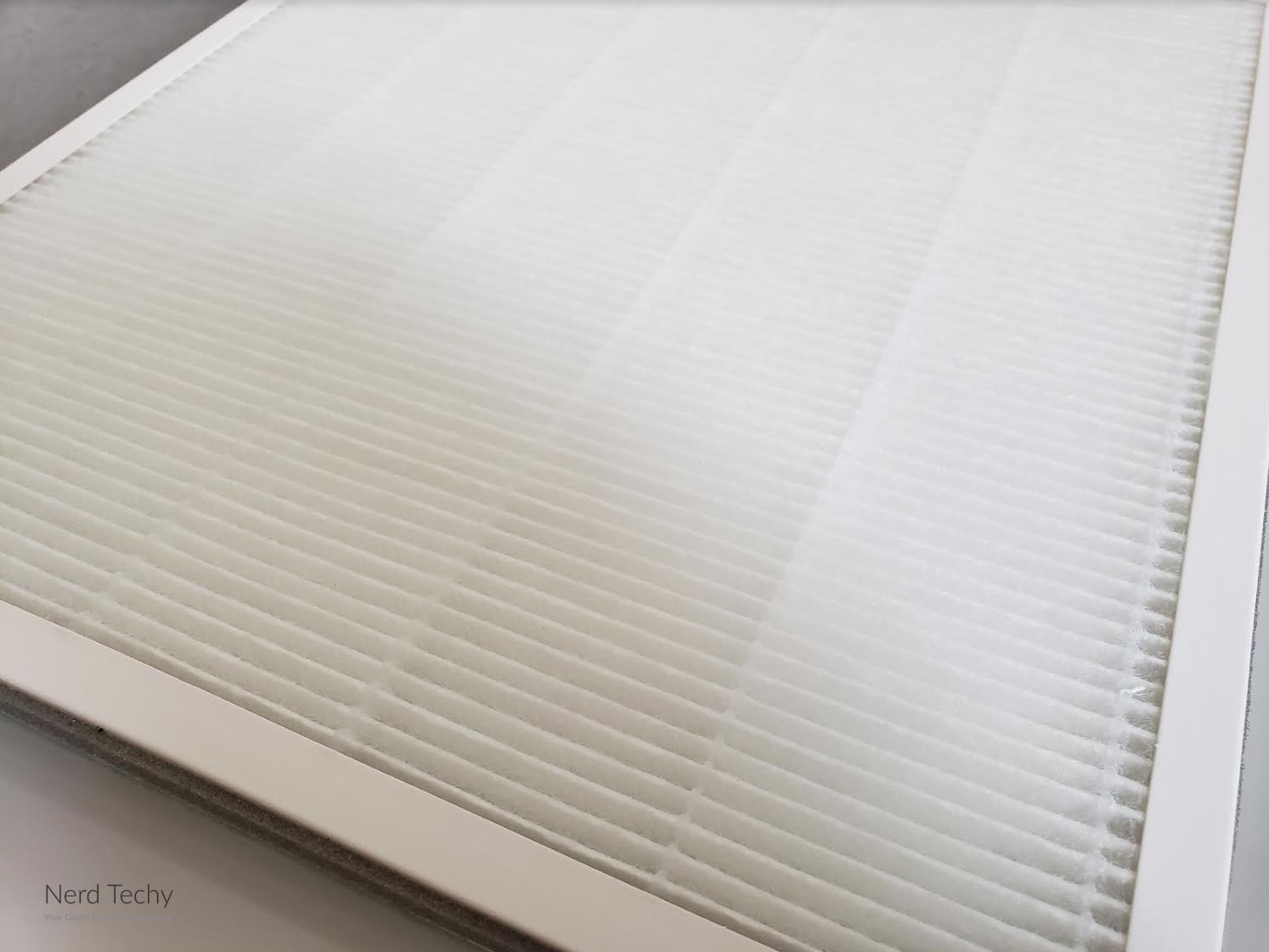 The entire filter comes in a single package, but there are actually two halves. This is because each air intake requires its own unit. It’s designed to be replaced every 6 to 8 months, and there’s a reminder light on top of the machine. Replacements are readily available online. It’s a good idea to keep a pair on hand so you’re not caught scrambling when the filter is clogged.

The Vital 100 does not produce any ozone, nor does it use a UV-C cleaner or anion producer. This makes it slightly less efficient than other filters that use these features. However, ozone and anions can cause health issues for some people. As a result, this isn’t necessarily a bad thing depending on your needs. 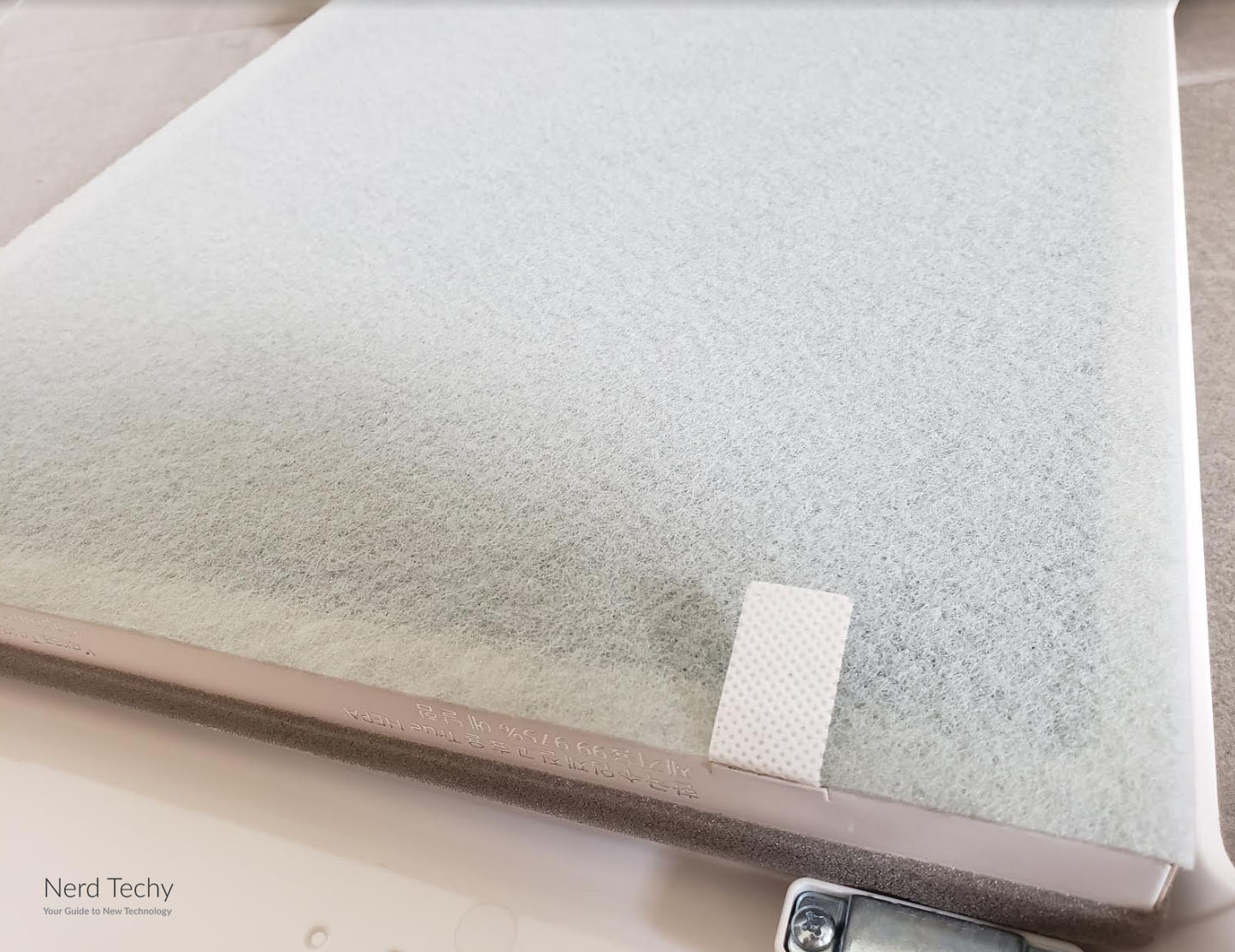 What Does the Levoit Vital 100 Remove?

So, how does the Vital 100 actually perform? The different filters remove different contaminants. The initial pre-filter removes larger contaminants like pet hair, lint, and large bits of dust. Yes, for the most part, you could sweep these things up with a broom if you so desire. However, the pre-filter protects the inner filters from getting jammed up with these large particles. 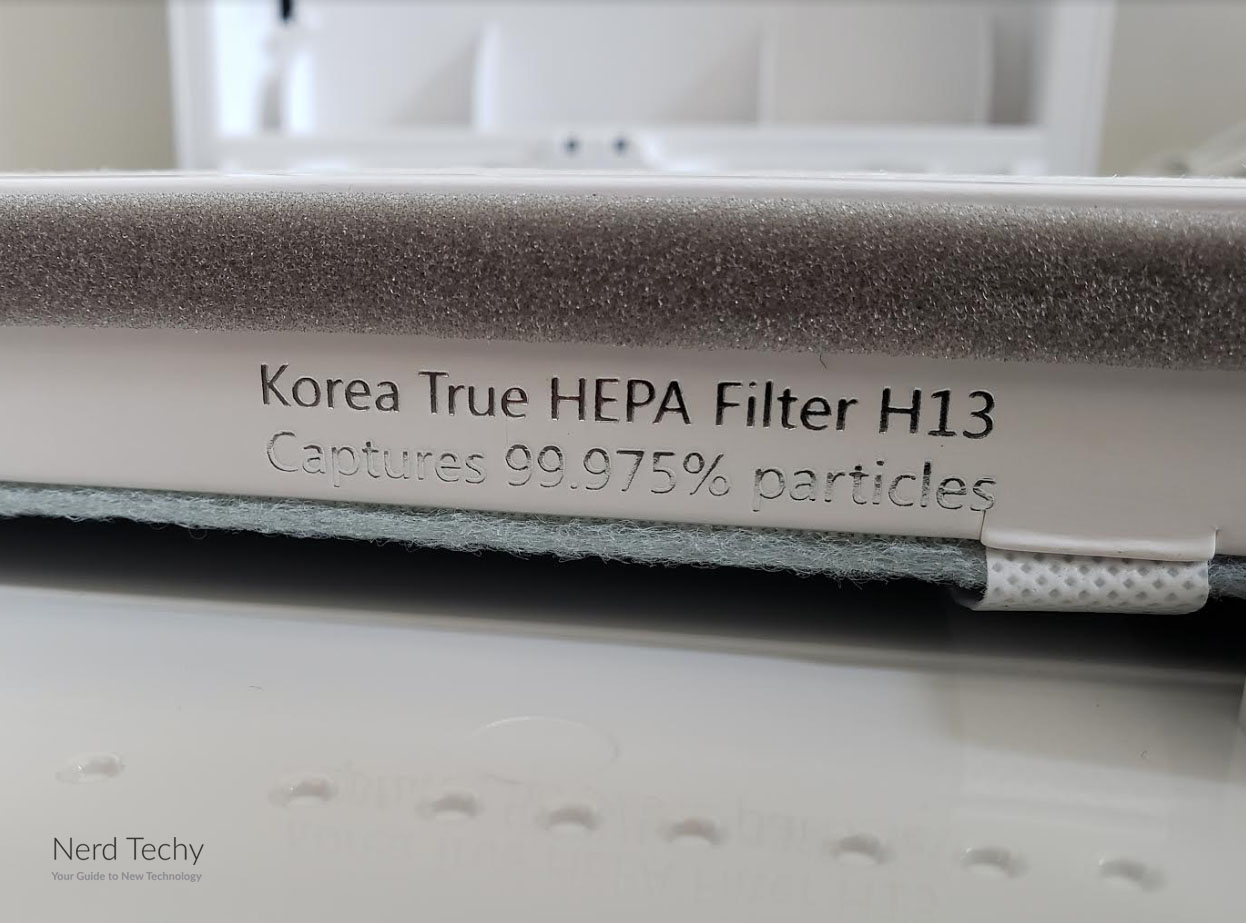 The HEPA filter does the bulk of the work. It removes pet dander, mold spores, pollen, dust, and many airborne bacteria. These are the particles that cause most irritation for most people. If you or your family suffer from allergies or asthma, the HEPA filter will help you breathe easier.

The inner activated charcoal filter is designed to remove odors and chemical contaminants. Primarily, it eliminates odors from pets, cooking smoke, and cigarette smoke. However, it also absorbs formaldehyde and other harmful chemicals that can outgas from furniture and upholstery. This isn’t to say that it’s 100 percent effective, but it makes a noticeable difference. This is particularly true if your lungs are easily irritated. 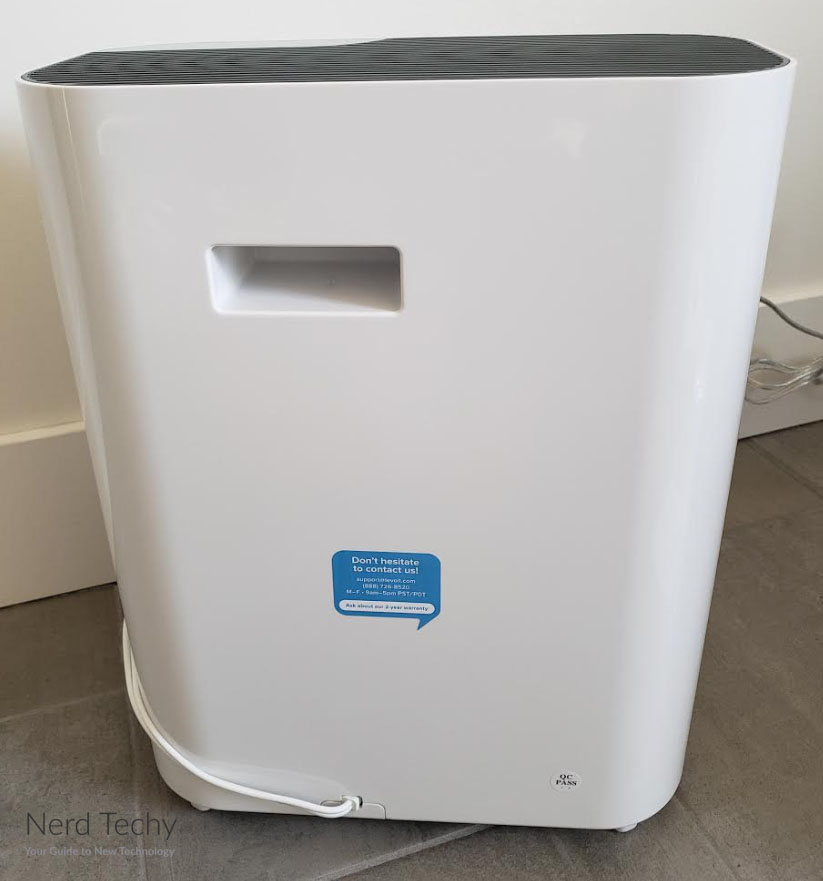 The Levoit Vital 100 is a powerful filter that covers more square footage than most filters of its size. Your average compact air filter is designed for smaller rooms like bedrooms. Meanwhile, the Vital 100 can handle even a large living room or family room with ease. The actual filtration lines right up with HEPA standards, removing 99.97 percent of particles. We also appreciated the sleep mode. Plenty of filters offer a quiet mode for nighttime, but few are even close to being this quiet.