As our homes are getting progressively more and more connected, we’re also becoming more and more vulnerable. In October of 2016, a massive chain of smart toasters were hacked. Yes, we can hear you groan from here.

“What’s the worst they could do with that? Burn my toast?”

Believe it or not, this hacking attempt shut down Spotify, Twitter and The New York Times. When there are enough simple devices in a hackers network, they can shut down just about anything.

Researchers have conceptualized (and designed software that can protect against) hacking attempts that could bring down the power grid in major US cities by simultaneously turning on everyone’s heat and AC.

If we’re going to rely on our gadgets to control every part of our lives, it makes sense that we should take steps to protect these gadgets from malicious use. Before any online attack can penetrate your network, it first has to go through your router.

We’re not here to tell you that every router on the market is inherently vulnerable. In fact, most modern routers are quite secure. But the simple fact is that routers aren’t completely up to date with the way we’re using our networks. Norton’s Core Router aims to change all that. Since the company is well known for it’s easy to use security software, we decided to go hands-on and see what this powerful router has to offer. 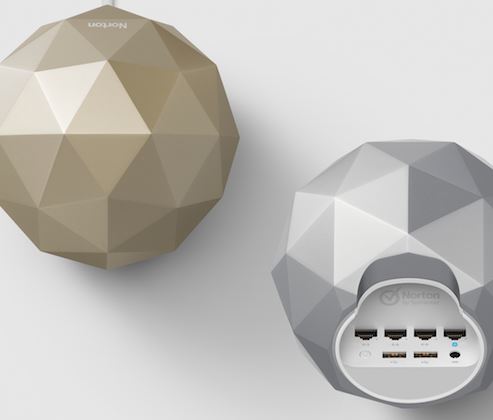 Without a doubt, this is one of the most unique looking routers we’ve ever come across. You could legitimately pass this off as a piece of art. To anyone who sees it in passing, “router” is likely the last thing that will come to mind.

But the design isn’t just a gimmick. It actually serves an important purpose. If you want your home network to function at peak performance, your router should be at the center of it all. And this is certainly something that you won’t mind having there.

But every router needs to have a few things in common. One of those things is ports. If you lift it up, you’ll find that Norton has tucked all of the ports into a hollowed-out portion underneath. You’ve got four separate Ethernet ports, two USB 3.0 ports, and of course the power port and button. 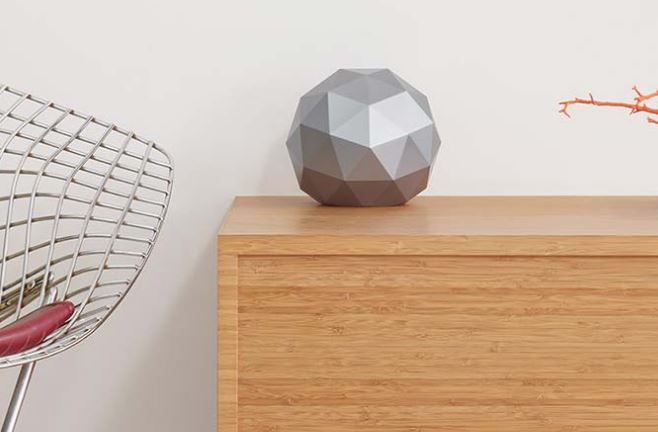 Although the outside will catch your attention, it’s what’s on the inside that counts. Since this router is doing much more than a basic model, it’s important that it’s got some powerful hardware to back it up. The router runs on a dual core 1.7 GHz processor that runs a compact version of Linux. This isn’t unheard of in the networking industry, but it’s definitely approaching the upper echelon of hardware.

But perhaps the most unique piece of hardware found inside is the beamforming antenna. Until recently, there were two types of antennas on the market. You had omnidirectional antennas, which are the most common. These antennas broadcast signal evenly from the center. Directional antennas create a focused beam of signal that only heads in one direction. These are most commonly used in expensive corporate networks and are heavily engineered. The beamforming antenna is a bit like a combination between the two. The router actually has tons of antennas arranged in a circular manner. If the network is experiencing heavy use in one direction, the router can focus the signal where it’s needed. This improves the signal quality all around the house, making the router more powerful than competing models. 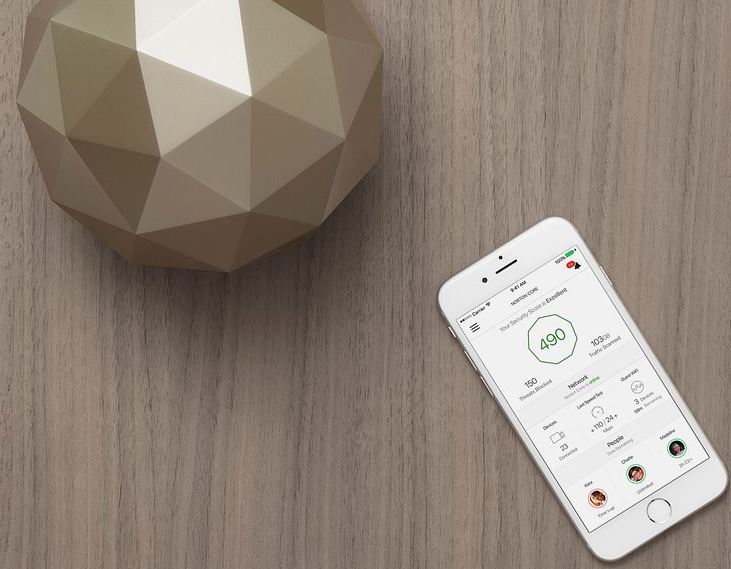 Now that we know the basics, what exactly is it that makes this router more secure than competing models? The first line of defense comes from the automatic background updates. Norton is constantly keeping its finger on the pulse of the security industry. When it detects a threat, it can automatically update every router on the market to protect itself from this threat. This means that you’re not just protected from the current threats, but the ones that haven’t even been created yet.

Norton is one of the few companies we’d trust with this job. Security research is an extremely expensive and resource intensive process. If a brand-new company released the same product, we’d have to be skeptical of their ability to maintain their system. But this is already the core of Norton’s business, so you can rest assured that they’re not going to bail on their clients.

You can think of the Norton Router a bit like a hardware virus scanner for your home. It’s got a huge database of current threats, and will be on the lookout for them at all times. But, in reality, most security issues come from users accidentally misconfiguring their network in a way that is not secure. The Norton router scans every device on your network and provides you with a security score. This score provides at-a-glance information about how secure all of your devices are. If issues are found, you’ll be notified and given directions on how to fix them.

We tend to be pretty on top of our network security (at least we thought we were) but the Norton Router still found a few issues. We had two devices that were out of date, and there were several risks that had come to light since the last one. All it took to fix was a quick update. The router also found that one of our devices had an open port, but this was corrected automatically. We simply got a notification explaining the change, with the ability to reconfigure if the change caused any issues for us. 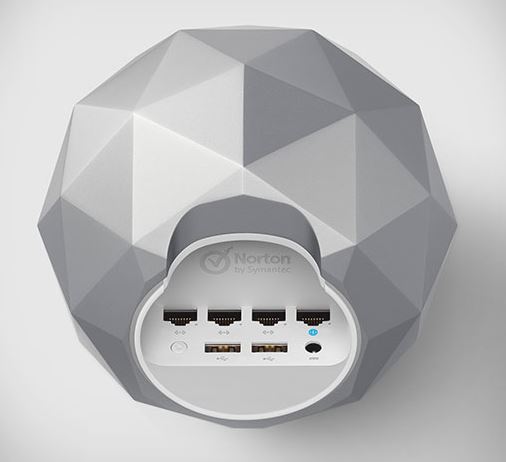 The Norton Core uses the 802.11ac protocol allowing for up to 2,500 Mbps. This isn’t your standard AC WiFi, this is the updated version that allows for more than twice the bandwidth of the previous version. Fortunately, you don’t have to worry about backwards compatibility. The router had no issues connecting to our older AC equipment, and even provided acceptable throughput when we forced it into G mode.

Like most Norton products, this isn’t something that you buy once. The company has to constantly keep its security database updated. For this reason, it’s a subscription device. If you’re already paying for Antivirus, you can rest easy since the subscription includes free antivirus for 20 devices. But if you’re not willing to pay for an Antivirus, or you aren’t willing to switch over from another provider, this probably isn’t the model for you. 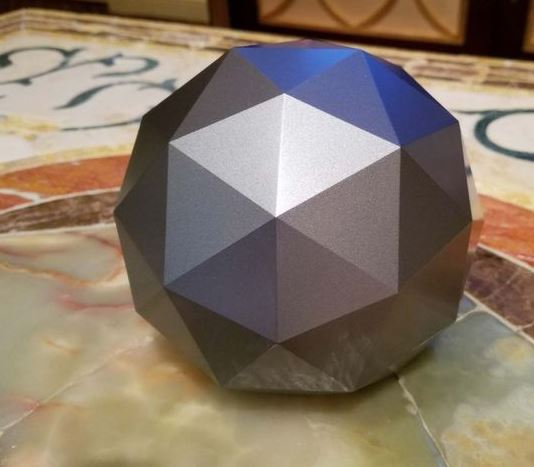 As a bonus add on to the security features, Norton offers filtering tools to keep your family protected from unsavory content. If you have children, you can select the types of sites you want them to be able to access, and receive a notification if somebody tries to access something they shouldn’t.

You can also set bandwidth limits for each device. This is especially useful for anyone who lives in a rural area and is using mobile or satellite internet with bandwidth restrictions. This feature means that you’ll never see an overage charge again. It’s also handy if you’ve got one user who just can’t keep his usage at bay, and you’d like to add on some limitations to their use.

Wondering if the Norton Core is right for you? We’d recommend this to anyone who’s been looking to tighten up their network security, but doesn’t have the technical know-how or the time. We spend a lot of time working with technology, and we’d like to think that we’re on top of any security issues. But what the Norton Router taught us was that even we can let things slip some times.

While this security system is reasonably foolproof, those of us who like to dig into the nuts and bolts of a network might like this option as much. It’s designed to be simple, and so it doesn’t give as much control over the finer details. For these users, we’d probably recommend something like the Linksys Max Stream EA7300 as an affordable option, or the Netgear Nighthawk X10 if you want peak performance. While both of those routers are built to the highest standard, if you want to turn them into an impenetrable security system like the Norton Router, you need to be confident in your technical ability.

Another consideration is range. This router has excellent range for just being a single device, but it’s not going to effectively cover an entire house as well as something like the Linksys Velop. Norton doesn’t currently have a mesh version of it’s router, but it’s something we’d like to see.

For the average home user, we’d definitely recommend trading in your antivirus subscription for a router like this. After all, securing your devices without protecting your network is a lot like bolting down your valuables and not locking the door.