The Xbox One has had a long and storied history, from the days of Ryse: Son of Rome to today. With production delays for the Xbox Series S and X, many people are still using their Xbox Ones today. And thanks to several publisher delays on flagship titles, there aren’t many big games you can’t play on it. At least through the middle of next year, there’s no reason to panic if you haven’t upgraded yet. And if you have, then even better. Everything we say here applies to the Xbox Series X and Series S as well.

Throughout the years, we’ve reviewed a lot of Xbox gear. We’ve looked at wired controllers, thumbstick caps, cooling fans, and all kinds of gear. But we haven’t talked a lot about some of the Xbox One’s more basic features. How can you connect it to different devices, like a laptop?

Today, we’ll be discussing how to use your laptop as a monitor for your Xbox One console. We’ll be focusing mostly on the basics of using an HDMI cable. But along the way, we’ll also talk about how to use a wireless connection. By the time we’re done, you’ll be able to play your Xbox with nothing more than your laptop display. 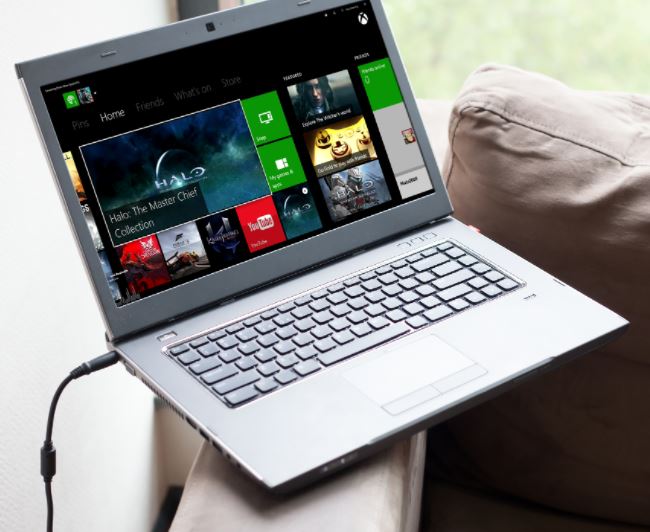 Why Use Your Laptop Instead of a TV?

So, why would you want to use your laptop display to begin with? Why not just use your regular TV? As a matter of fact, there are a few reasons. For one thing, you might not have access to a TV at the moment. What if there’s a shortage of TVs in the house? If everyone is watching one TV or another, it’s easy to get stuck without a display.

Another related reason is budgetary. A TV or monitor costs money, and you might not have any other reason to own one. If you don’t watch TV and you already have a laptop for other purposes, why pay for a separate Xbox display? Anything you can display on your TV, you can view on your laptop monitor. On the downside, you might notice a decrease in the quality of the graphics. This can vary widely depending on the laptop you’re using. Some look very good, while others show a significant drop in quality. You just have to experiment and find out.

Finally, there’s the issue of portability. There’s no doubt that big, AAA games look best on a big TV. That’s all well and good, as long as you’re playing in your living room. But what if you want to go on vacation? If you’re on the road, do you really want to travel with some giant monitor? Not only that, but many people keep their TVs bolted to the wall. If that’s the case, even taking your TV to the next room for the afternoon isn’t going to be practical.

How to Connect Your Xbox to Your Laptop via HDMI

Let’s start with the basics. How do you use an HDMI cable to connect your laptop to your PC? The first thing you’re going to need is a good HDMI cable. Keep in mind when you’re choosing one that you get what you pay for. Some cables are better-shielded than others, which helps to prevent interference. If you buy a cheap cable, you might not get as clear a picture, or experience dropped frames. And if you’re trying to play your Xbox Series X on a 4K laptop, you really want a well-shielded cable. 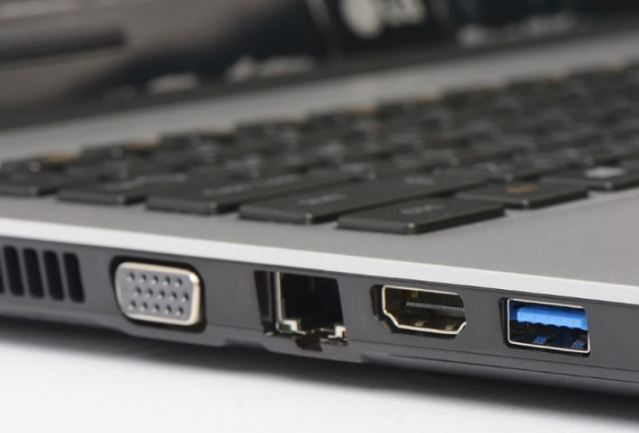 Now that you’ve got a cable, it’s time to get your Xbox One hooked up to your laptop. First, you’ll need to plug the HDMI cord into the port on your Xbox One, while the console is off. While you’re at it, turn off any applications you have running on your PC. Next, you’ll need to plug the other one into your laptop’s HDMI input port. This is the tricky part. HDMI ports only work in one direction. So you won’t be able to use your laptop’s ordinary HDMI port like you’d use it for a second display. This means you’ll have to hunt around for a second HDMI port, which might be on a different area.

Keep in mind that some laptops don’t have an HDMI port. In that case, skip to the next section. We’ll talk about how to use a wireless connection in a little bit.

Now that your cable is connected, turn on your Xbox, and wait for it to power on. It might take a minute or two for your computer to recognize the video signal from your console. At this point, your PC will automatically switch over to showing the display from your Xbox. With most laptops, that’s all there is to it. You’re ready to start playing your favorite games, without the need for a TV.

How Do I Adjust the Display Resolution?

In most cases, your Xbox will automatically detect the display resolution. This is true for laptops as well as for ordinary televisions and monitors. That said, just as with TVs and monitors, not all laptops are easily detectable. In that case, your picture won’t display properly. It might be out of scale or skewed. There may also be discrepancies in the frame rate if you’re using a One X, Series X, or Series S. In those instances, you’re going to have to manually adjust your console’s display settings. Here’s a quick primer on how to do just that.

First, press your Xbox button to access the system menu. Navigate to where it says Profile & System, and choose the Settings option. Choose the General option, and then click on TV & Display Options. There, you’ll find option for resolution. On the Xbox One, you’ll be able to choose 720p or 1080p. On the Xbox One X and up, you’ll also have 2K as an option, with 4K available on the Series X.

On the One X and up, in the TV & Display Options menu, there’s also an option for frame rate. You can choose either 30 or 60 frames per second, depending on what your laptop is capable of.

One thing you won’t have to do is mess with your monitor settings in Microsoft Windows. You’re using the Xbox as an input, so your PC’s graphics settings have nothing to do with it. 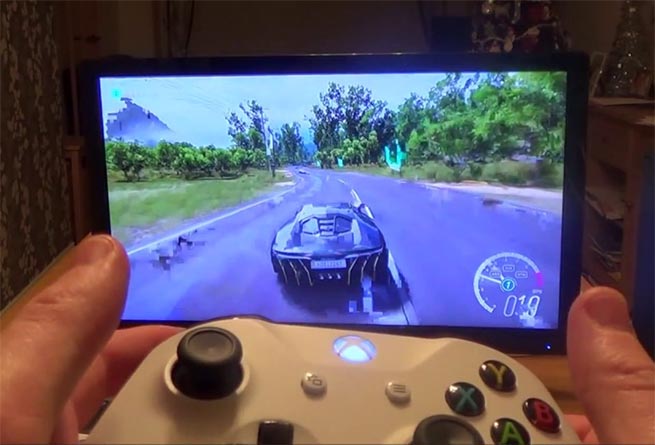 What if My Laptop Doesn’t Have an HDMI Input Port?

But what if your laptop doesn’t have an HDMI input, or you simply forgot your HDMI cable? In that case, you’re not out of luck; you can still use a WiFi connection to play your games. Keep in mind that this is your second best option. If you can use an HDMI cable, you’re going to get a better picture. It also requires both your Xbox and your PC to be running on the same WiFi network. Finally, it will only work on a Windows 10 PC. If you’re running Windows 7, you have to use an HDMI input.

Download the Xbox App, which is free from the Microsoft Store, and make sure your version of DirectX is current. If it’s not, you can also find DirectX free on the Microsoft Store. Install it, and you’ll be ready for the next step.

With both machines connected to WiFi, click the This PC icon on your desktop and hit the up arrow. Right click the Network option, and select “Properties”. On the left, you’ll see a link that says “Change advanced sharing settings.” Then, turn on network discovery, and allow alternative network users to connect.

Now, open the Xbox App, and scroll down to the Settings option. There, choose the “connection” option, and select your Xbox from the list. Wait for your Xbox to connect, and click on the “stream” button. Within a few seconds, you’ll start seeing video, as well as hearing your audio.

One last thing to point out is that when you’re streaming through the app, you’re still in Windows. As a result, you may need to adjust your PC display settings as well as the Xbox’s.

If you want to take your Xbox on the go, a laptop is a great way to do it. It’s also a solid option if you’re on a budget and just need some way of playing your favorite games. Whether you’re using HDMI or even streaming, you’ll still be able to use your console.

That said, using a laptop as a display is never optimal. You’re not going to get the same picture quality as you would by using a purpose-built display. But that doesn’t mean you can’t take your Xbox One on the road. Instead, you can simply use a small, portable display like the ASUS ROG Strix XG17AHPE Portable Gaming Monitor. It offers well over 60 FPS, which is more than you need for your Xbox One. It can also operate on battery power if you don’t have access to a power supply.