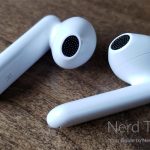 In many ways, our world is bigger than it’s ever been before. There are more people, more businesses, and with modern technology, more places to visit. For business and pleasure travelers alike, it’s a great time to be alive, Covid notwithstanding. But at the same time, our more interconnected world is also starting to feel smaller. It used to be that most people could get away with speaking one or two languages. The most educated people might speak a handful. But if you’re traveling in today’s world, you might need to communicate in all kinds of languages. This can be a challenge, even for a person who speaks several languages. For the average tourist or business traveler, it can be an endless source of frustration.

Thankfully, modern technology has already provided a solution. AI translators allow you to speak in far more languages than even the most fluent of individuals. You can travel just about anywhere in the world, and not have to worry about communication. Of course, there’s significant variation in quality between different translators. Simply put, some are more accurate than others. You also have to think about the type of design you want. Do you want a standalone translator? A fob that connects to your smartphone? A set of earbuds? These factors will dictate your choice. 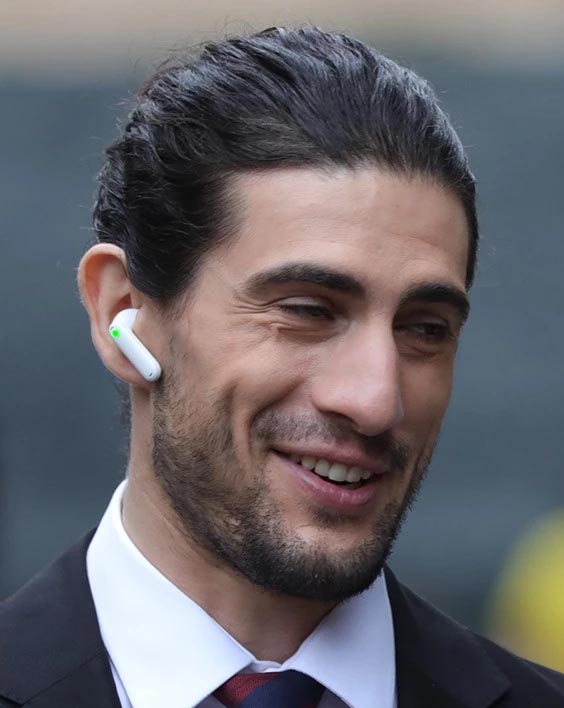 Today, we’re going to review an earbud-style translator, the Timekettle WT2 Edge Translator Earbuds. These are built a lot like Apple AirPods, but they’re not for listening to music – they’re for translating. They come in a charging case, and support 40 languages and 93 different accents. But those are just a few aspects of a complex piece of technology. To actually render a fair verdict, we’ll need to look a little bit deeper. We’ll need to dig into the app, and see which features are available. We’ll need to look at the physical design and constructed, to see how durable the WT2 is. We’ll also need to look at the battery life, and the type of connection. After we’ve looked into all these factors, we’ll have a good idea of what we’re dealing with. Let’s begin! 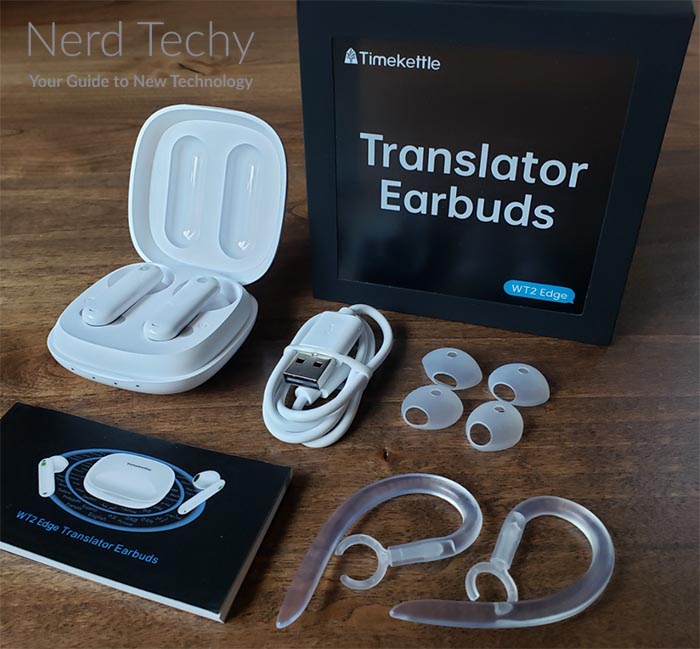 At first glance, the Timekettle WT2 Edge Translator Earbuds could be mistaken for ordinary earbuds. They consist of white plastic shells, which sit inside your ears, along with vertical studs. These studs hang downwards, and contain the microphones and battery connections. They also provide a little bit of weight, to keep the earbuds vertical. The finish has a glossy texture, which makes it easy to keep clean. You’ll see slots at the bottoms for the microphones, which are more prominent than those on normal earbuds. 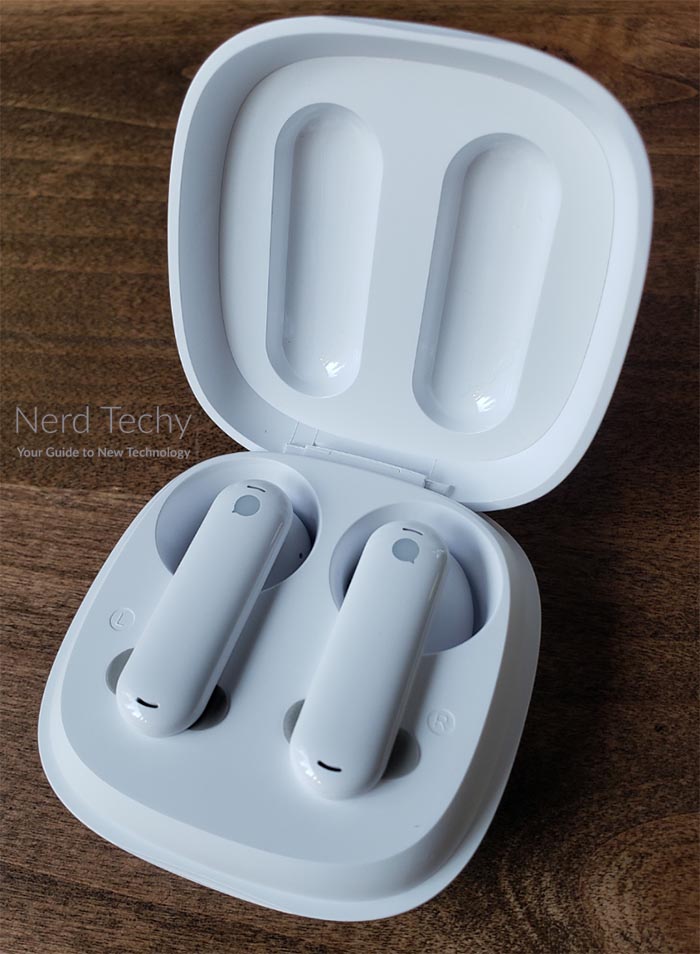 On the other hand, there are no silicone ear tips. This makes sense, since you’re not using these earbuds to listen to music. Blocking out all ambient noise might even be a bad thing. For example, you might miss the intonation in somebody’s voice, or the sound of approaching traffic. The solid-tipped design provides a better balance of security and spatial awareness. 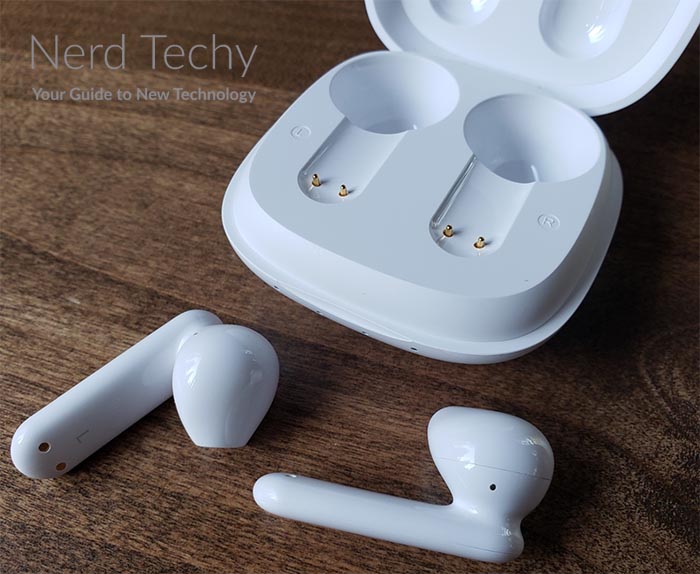 Another similarity to earbuds is that the WT2 Edge kit comes with a small charging case. It has a clamshell-style design, and is constructed from similar white plastic to the buds themselves. The lid springs open to reveal a pair of molded wells, where the buds sit flat to charge. And because the wells are molded, you don’t have to worry about getting the earbuds mixed up. When they’re inserted and charging, the buds will light up, further eliminating the chance for confusion. Similarly, there are four white LEDs on the front of the case. These will illuminate during charging, and indicate the charge level of the case itself. 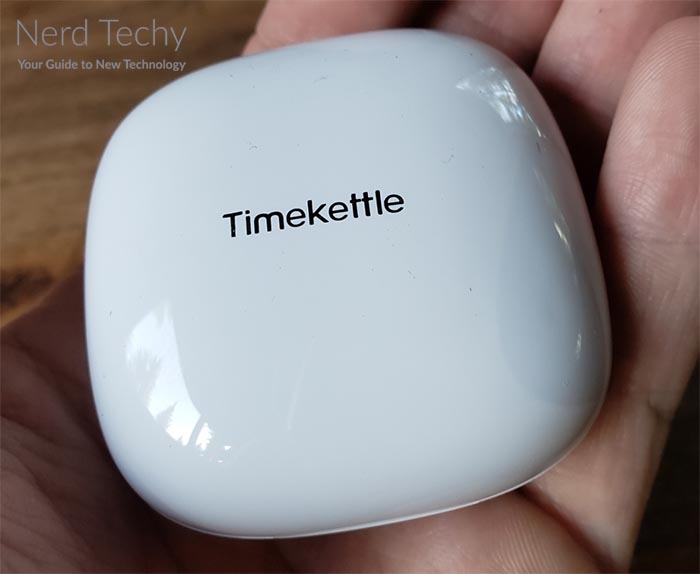 The earbud-style design is convenient for obvious reasons. It’s wearable, it’s unobtrusive, and you’re already familiar with the basic technology. That said, what if you don’t want to actually wear your translator? In that case, consider the Timekettle Zero. It offers very similar technology, but it’s designed as a fob for USB Type-C smartphones.

So far, we’ve basically been talking about a set of earbuds. But what makes the WT2 Edge earbuds special is the smartphone app that powers them. So before you do anything else, you’ll need to go to the Apple Store or Google Play. Find the Timekettle app – it’s free – and install it on your phone. Follow the prompts, and pair the earbuds with your phone, just as you would with ordinary Bluetooth buds. Once that’s done, you’ll be ready to start conversing in 40 different languages. 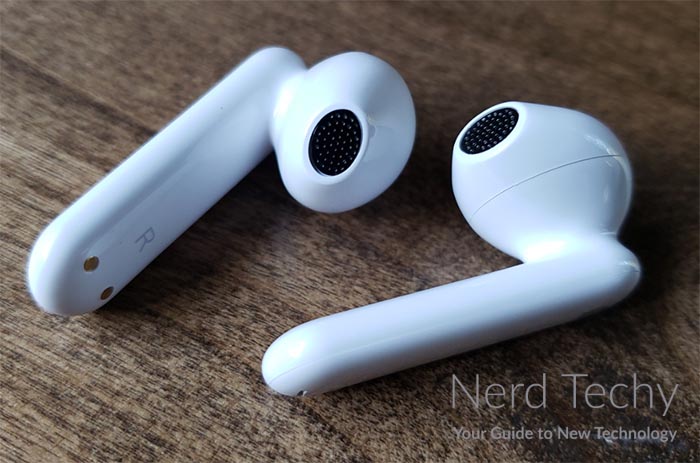 Within the app, you can choose between three different translation modes. The first is simultaneous mode, which provides bi-directional simultaneous translation. It’s new with this model, and wasn’t available with earlier Timekettle translators. In this mode, both you and the other person each wear an earbud. When you speak, your words are instantly translated to the other person in real time. When they speak, you hear them in your language. This allows for effortless face-to-face conversations.

For shorter interactions, you can use touch mode. In touch mode, you tap an earbud once to start translating. As the other person speaks, you’ll hear their words in your language, in real time, via the earbud. Meanwhile, you give the other earbud to the other person. When you speak, the translator works in reverse, so they can understand you as well. Touch mode is great for conference calls, where there are multiple participants. Since only one person can speak at a time, there’s far less crosstalk.

The third option is speaker mode. You can use a single earbud, and it will pick up the other person via the mic. It’s no good for two-way translation, but it’s great for one-way interactions. 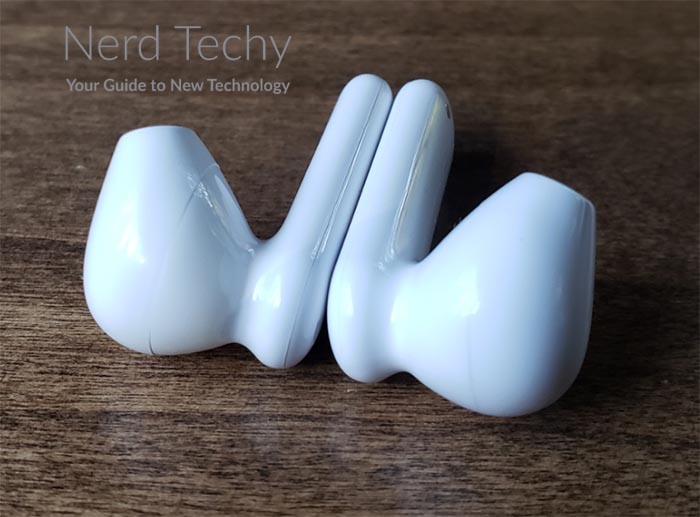 If you don’t need simultaneous two-way communication, you might want to check out the Timekettle M2. It utilizes the same AI translation technology, and it costs significantly less. That said, in addition to being one-way only, it’s also smaller and less durable.

The WT2 Edge battery has enough power for three hours of continuous use. In practice, the batteries can last a lot longer, depending on how you’re using the translator. When they do run out, they recharge in about 90 minutes from the case. In total, the case has enough power to recharge the earbuds three times before it needs to be plugged in. This gives you 12 hours of translation without any access to a power outlet. 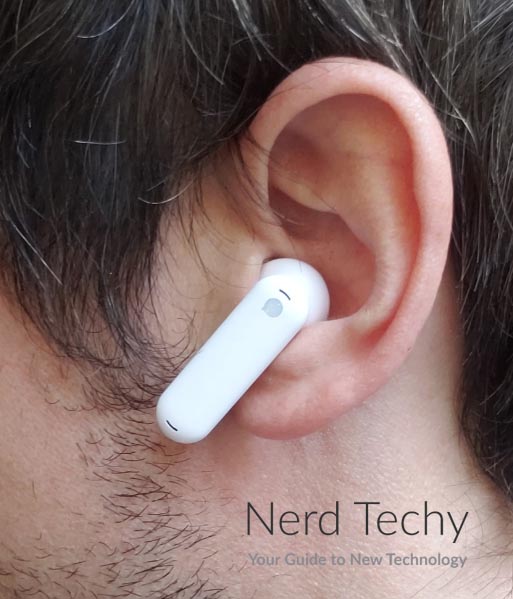 The WT2 Edge earbuds come with a noise isolation function. This seems to work quite well, and you won’t have trouble with any of the different modes. As we mentioned, the AI translator can understand 40 different languages, with a total of 93 accents. This gives you the ability to talk with almost anyone on planet Earth. In fact, 90 percent of the world’s population speak at least one of these languages. Unless you’re going somewhere very out of the way, you’ll be able to carry on a conversation.

There are both online and offline versions of the device. The basic, online-only version is less expensive, and doesn’t take up much space on your smartphone. However, all of the translating is done in the cloud. This means you’ll need an active WiFi or data connection, or the translator isn’t going to work. 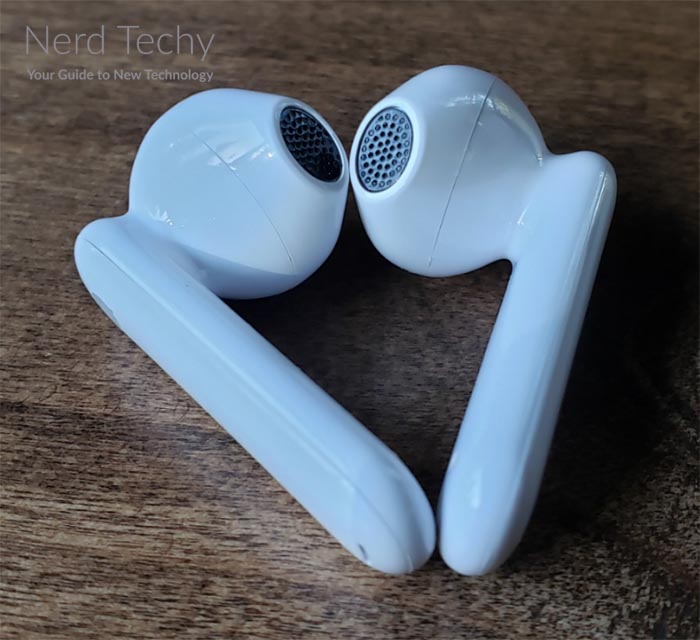 The offline version costs a bit more, and also takes up significant storage space on your phone. However, it comes with support for the eight most commonly-spoken languages. Even without an internet connection, you can translate between English, French, Spanish, Japanese, Chinese, Italian, and Arabic. For many people, you’re not going to ever need anything else. In that case, the offline package can be a great investment. Not only that, but you still maintain access to the other 32 languages in the Timekettle database.

The WT2 Edge utilizes Timekettle’s AI translation technology. This works with input from the six largest translation engines in the world, including Google and Microsoft. By combining multiple different AI translators, you get improved accuracy over any one engine. At least, that’s what you’d think in theory. In practice, a lot depends on different conditions, like how clearly people are speaking. And even the most advanced algorithms will sometimes miss local idioms. Not only that, but human speech doesn’t always follow the rules of grammar. As a result, you’re bound to see some inaccuracies from time to time. 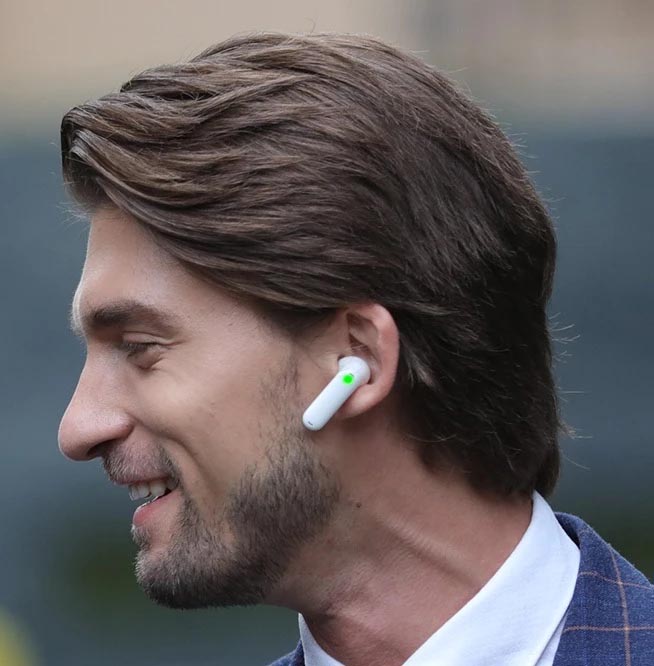 For everyday conversations, you won’t notice much difference between this and free tools like Google Translate. If you’re ordering food or asking for directions, both will work equally well. However, there are a few things about Timekettle that makes it stand out. To begin with, if you’re only listening, you can use the earbuds unobtrusively. You can also follow lectures and other speeches. You can’t do that with Google Translate, since it can only really handle short phrases at a time.

If you want the maximum possible accuracy at any cost, the Langogo Summit is a better bet. It’s expensive, but it’s exceedingly accurate, and it supports a larger number of languages. That said, it’s a standalone device, about the side of a smartphone, so it’s more awkward than the WT2 Edge.

The Timekettle WT2 Edge Translator Earbuds are a highly-effective translating tool. With their earbud-style design, they’re unobtrusive and easy to take on the road. And with their powerful translating engine, you can communicate with pretty much anybody. The support for simultaneous two-way communication only serves to seal the deal.