If you’re shopping around for new electronics, you may be confused by the variety of options. Going over PC specs, for example, you might see terms like USB 3.0, USB 3.1, and USB Type-C. So, what’s the difference between all of these standards? Does USB 3.1 really offer many benefits over USB 3.0? And what the heck is Type-C?

Let’s start at the beginning. USB is short for Universal Serial Bus. USB has been around since 1996, when a group of technology companies agreed on a single standard. Until that point, different companies used different standards for data transfer. This could get frustrating, as you would need to buy an adapter just to copy some data.

Since then, there have been multiple improvements in USB technology. For example, newer USB standards allow for significantly more power delivery. Today, you can use a USB cable to charge everything from your smartphone to a power bank to smartphone sanitizers. Newer standards also allow for higher rates of data transfer. With the latest USB standards, you can transfer data at rates of up to 10 Gbps. You can also deliver up to 100 watts of power. Forget about your smartphone. You can now run the majority of laptops on USB power.

So on the one hand, we have a single, universal standard. On the other hand, there are multiple variants on this standard. To make things even more complex, there are even different cable types. So we have a “universal” standard that’s not really universal. As Shakespeare said, “What a tangled web we weave!” Let’s take a closer look, and see if we can’t untangle this web.

Before we continue, let’s talk about the difference between form factors and standards. A form factor refers to the actual shape of the plugs, such as USB Type-A, Type-B, Type-C, or Micro USB. The standard, on the other hand, refers to two different things. First, it denotes the rate of data transfer. Second, it denotes the amount of power you can deliver with the USB cable. Let’s take a look at the three different form factors. 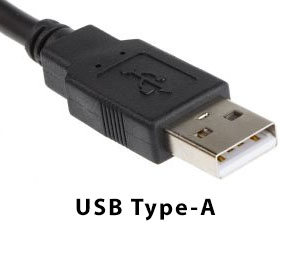 USB Type-A is your standard, rectangular USB plug. When you hear the term “USB”, it’s most likely what you’re picturing. If the cable has two different types of tips, the Type-A end is typically the host device. The host device is the device that controls the connection and data transfer and supplies the power. For example, suppose you plug your Micro USB smartphone into the Type-A port on your laptop. The laptop will be charging your smartphone, and not the other way around. 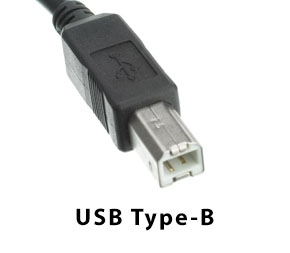 USB Type-B is shaped like a square with the top corners lopped off. It’s not as common as it used to be, but it’s still used on some devices. It’s typically used for larger peripherals, such as external hard drives and printers. The USB Type-B end of the cable will always be on the receiving end. 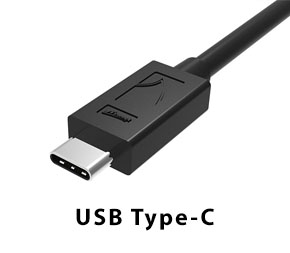 USB Type-C is the latest and greatest USB form factor. The main benefit of a Type-C plug is that it’s reversible. Have you ever read the internet joke about a multi-dimensional USB cable? This refers to the old problem of plugging in a USB Type-A cord. You try it one way, and it doesn’t work. You flip it over, and it still doesn’t work. You flip it three more times, and finally it plugs in. A USB Type-C connector simply works. USB Type-C is found on many modern phones, such as the last few generations of iPhone. It’s also used for some newer PC peripherals. Finally, it’s the standard power supply for many newer laptops such as the MacBook Air. 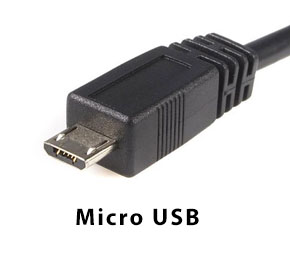 Micro USB is a bit fatter than a USB Type-C, with a trapezoidal profile. It’s commonly used on many smartphones, as well as for low-voltage chargers. Small battery chargers for AA or vape pen batteries typically use Micro USB. Many wireless earbuds also use this form factor.

There are also some more obscure forms of USB cable. These include Mini USB, Micro-B USB 3.0, and USB On-The-Go. These form factors are rarely used anymore, and you shouldn’t need to worry about them. That said, if you’re using a very old device, you might still run into them. But that’s outside the scope of this article.

USB 3.0 and USB 3.1 are both different versions of the USB Type-A form factor. USB 3.0 was introduced in 2008, to address data transfer rate issues with the older USB 2.0 standard. With USB 2.0, the maximum rate of data transfer was 480 Mbps. This was just fine for transferring documents, or even for transferring MP3 files to your iPod. But it wasn’t fast enough for video. Nor was it fast enough for transferring large volumes of data, such as an entire hard drive. The USB 3.0 standard was capable of 5 Gbps standard rates, or more than 10 times faster.

USB 3.1 was introduced in 2013, and was designed to provide even faster rates of data transfer. It can handle twice the rate of transfer as USB 3.0, with a maximum rate of 10 Gbps. Why this insane rate of speed? There are three reasons. The first is Apple’s Thunderbolt, which has a similar maximum transfer rate. The second is Ethernet, which also has a similar transfer rate. Finally, the growth of external SSDs was a major factor. A USB 3.0 port could get the most out of an HDD. But to take advantage of an SSD’s faster read/write speeds, you need USB 3.1.

So, what does this mean? Can you plug your USB 3.1 device into your PC’s USB 3.0 port? The short answer is yes. Because they have the same form factor, you can plug any two USB Type-A devices together. This includes versions 3.1, 3.0, 2.0, and even 1.0. That said, the slowest one of these devices is going to be a bottleneck. Let’s look at a few quick examples.

Suppose your PC has a USB 3.0 port, and your new hard drive is USB 3.1-capable. In that case, your maximum data transfer rate will be 5 Gbps, the limit created by USB 3.0. Now let’s say you plug a USB 3.0 hard drive into a USB 3.1 port. In this case, you’ll still be limited to 5Gbps, because that’s the slowest port in the connection. Now, suppose you have a USB 3.1 hard drive connected to a USB 3.1 port via a USB 3.0 hub. Your limit will still be set by the slowest device; in this case, the hub.

As a matter of fact, you can even plug a USB Type-C device into a USB Type-A hub. Just throw a simple Type-C to Type-A adapter into the loop, and you’re good to go. 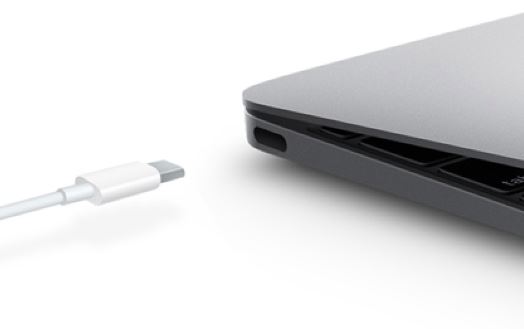 USB Type-C was first and foremost designed to be compact. This puts it right in line with Micro USB, which can be used for smartphones and other slim devices. However, it also offers some significant upgrades over a standard USB Type-A cable.

First, it allows for bi-directional power. In other words, with a USB Type-C to Type-C connection, the power can flow either way. So you can charge your smartphone from your laptop as is standard. Or you can change things up, and use your smartphone as an emergency power reserve for your laptop. This function depends on the software in both devices, though. If one or both doesn’t support a reverse connection, it’s not going to work. 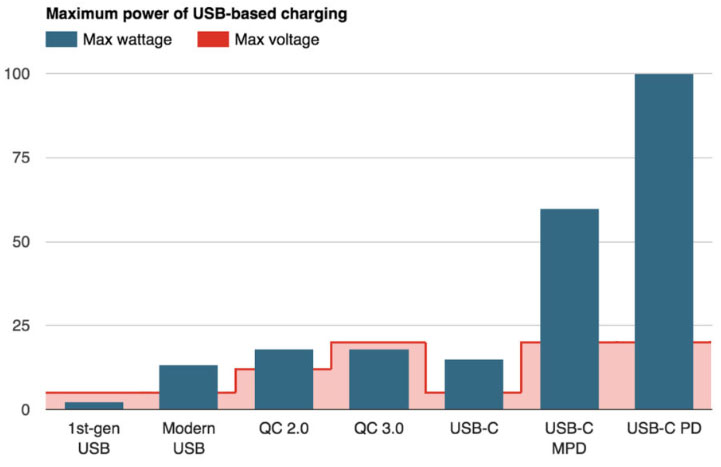 In addition, a USB Type-C port can be enabled with USB Power Delivery (PD). With USB PD, your cable can carry a current of up to 100 watts. This is significantly more powerful than your standard 18-watt USB power supply. USB PD is commonly used for quick charging smartphones, sometimes in less than an hour. However, it’s essential for running a laptop. Most laptops draw between 70 and 90 watts, which is far too much for a non-PD USB cable to supply. In addition, with USB PD, external hard drives and USB hubs no longer need an external power cable. This can really help de-clutter the nest of cables behind your PC.

This can get even more confusing, because USB PD isn’t limited to USB Type-C ports. In fact, some USB 3.1 and 3.0 ports can supply PD power. Others can’t. In addition, you need a PD-capable USB cable to even take advantage of this feature.