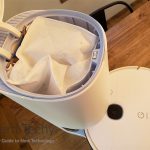 If you love to keep up with the latest tech, there are any number of things to watch out for. You probably have the latest smartphone, a newish pair of earbuds, and at least one game console. But when you think about advanced technology, vacuum cleaners might be the last thing that comes to mind. That’s a shame, since some of the first “smart home” devices were vacuums. Remember the original Roomba? It seems quaint now, but the idea of a robotic vacuum – any robotic vacuum – was insane at the time.

Of course, times have changed, and we now expect more from a robot vacuum. The original Roomba just roamed around your house randomly, and returned to base when the battery died. It was smart in the same sense that a coffee maker with a timer is smart. But since then, iRobot and other companies have continued to push the limits of what a robot vacuum can do. Nowadays, all but the cheapest budget models have at least rudimentary mapping technology. And on most models, you’ll be able to block off rooms through a smartphone app. With all of these features, you should hardly have to touch your vacuum at all.

Today, we’re going to review the Yeedi Vac Station. This is one of the most advanced robot vacuums we’ve ever seen, with a self-emptying dust hopper. It also sports a built-in mop, a powerful motor, and several touch controls. That said, it also comes at a premium price point. For this much, we’re expecting to see some cutting-edge technology. So, how does Yeedi’s latest and greatest advanced vacuum stack up to the competition? To find out, we needed to take an in-depth look at all of its features, benefits, and drawbacks. Now, we’ll discuss everything we’ve learned about this powerful little robot vac. 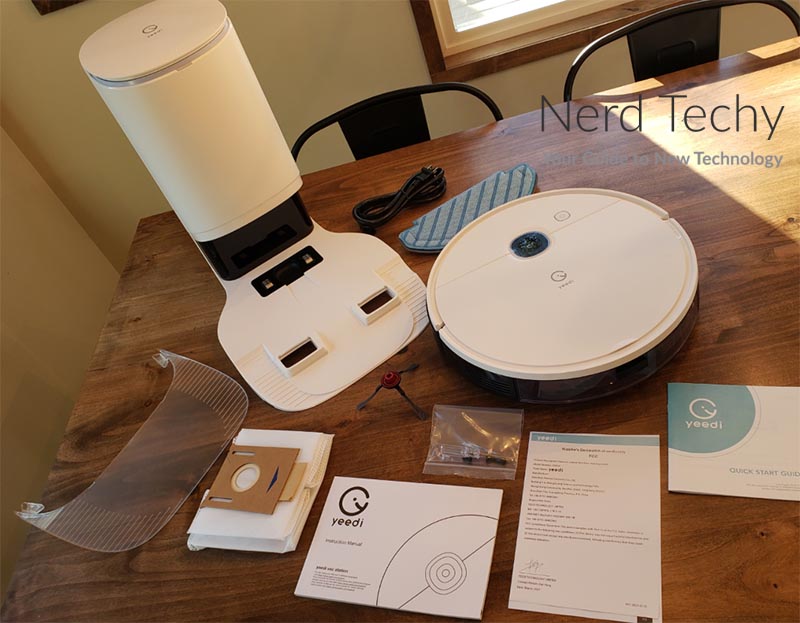 The Yeedi Vac Station is a bit oddly named, since it’s actually a robot vacuum with an innovative base station. The vacuum itself is a two-tone unit, with a white top and a black bottom. On the sides, a semi-transparent dust hopper and water reservoir are visible. In the middle of the top, you’ll notice a small camera, located near the center in a black housing. This is the visual sensor, which is essential to the mapping function. There are no other sensors, nor are there large bumpers like you’ll find on some older vacuums. This allows for a larger tank and dust hopper than you’d expect from a standard-sized housing. 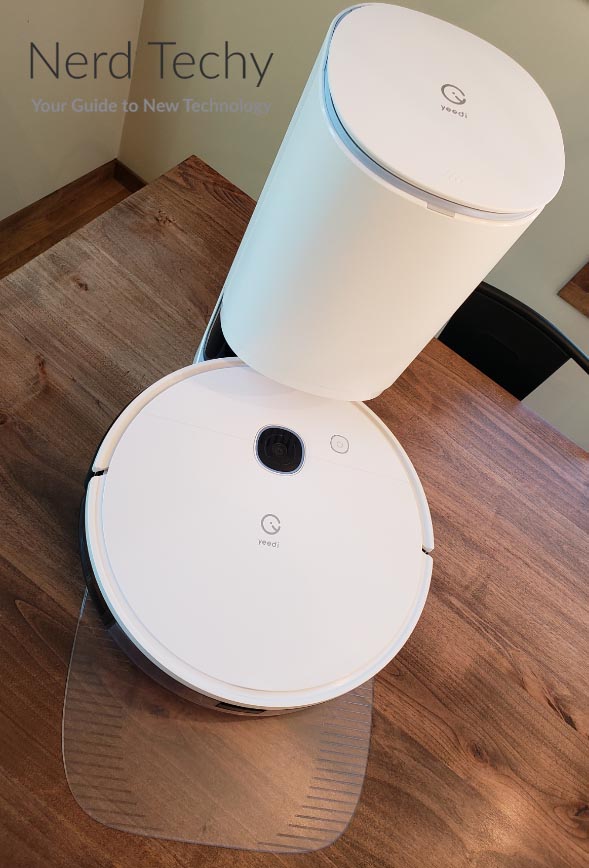 Another unusual feature you’ll notice is the bottom of the vacuum. Like most robot vacuums, there’s a roller brush in the front center that performs the bulk of the work. However, most robot vacuums have two wide, horizontal brushes to the front sides. On the Vac Station, there’s only a brush on the right side. We’re not sure why Yeedi made this choice, but it seems to work just fine. In addition to the single side brush, there’s a mop surface at the rear, beneath the water reservoir. Mopping is optional, but the mopping pads are easy to attach, remove, and clean when needed. 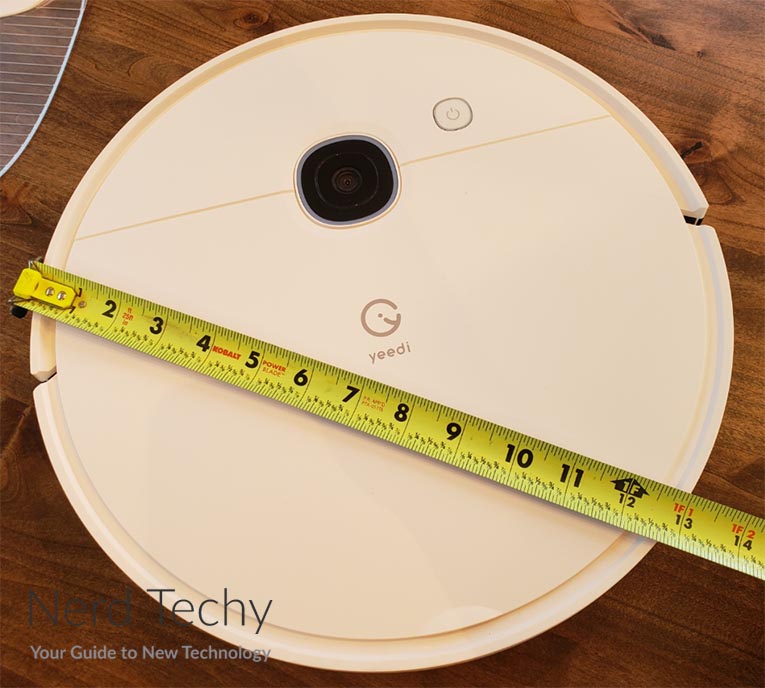 The most impressive feature of the Vac Station is, without a doubt, the base station. Most robot vacuums have a small, low-profile base station for charging. The Vac Station, however, has a large, canister-shaped base that’s a little over a foot tall. This is a separate dust hopper, which relieves you from the need to change the bin on the vacuum. When the hopper is full, the vacuum will return to the station and move into place as if it’s charging. Then, an internal motor in the base station will suck all the debris out of the vacuum and into a bag. The bag is a standard size that’s easy to find replacements for, and can be reused if you’re careful. 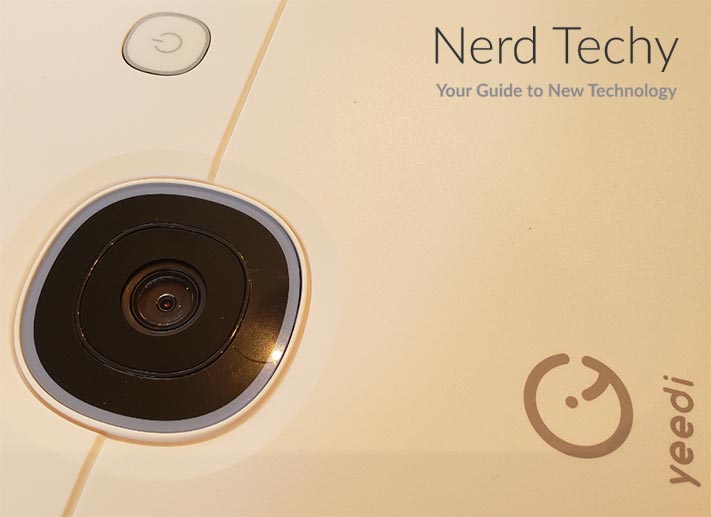 The base station is made of the same white plastic as the top of the vacuum, with a lid that’s easy to remove. To run a simple cleaning cycle, all you have to do is press the button on top of the vacuum. That said, you’ll have more options within the app, which we’ll discuss momentarily. All of this is covered by Yeedi’s 12-month manufacturer’s warranty. If there are any defects in materials or workmanship, you’ll get a full refund or replacement. 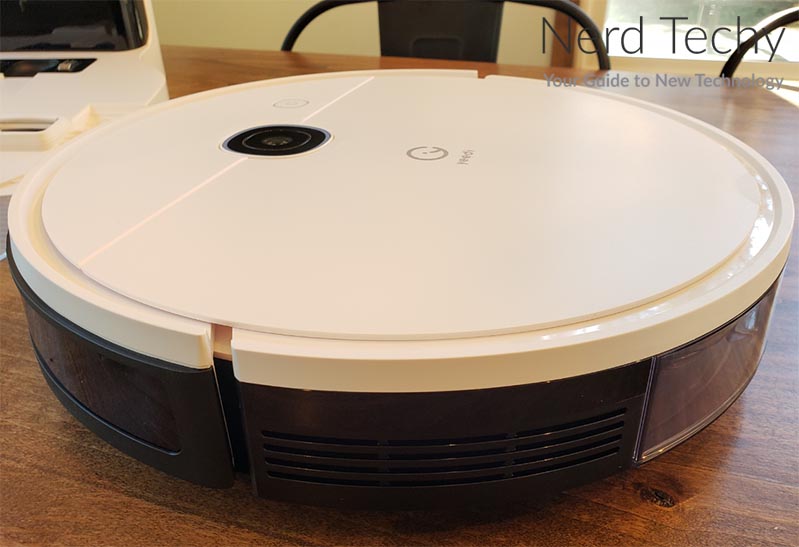 If you want an alternative mopping vacuum that’s more affordable, consider the Yeedi K700. It has two vacuum settings and a built-in mop, as well as a generously-sized dust bin. That said, it’s not as powerful as the Vac Station, and it’s not self-emptying. 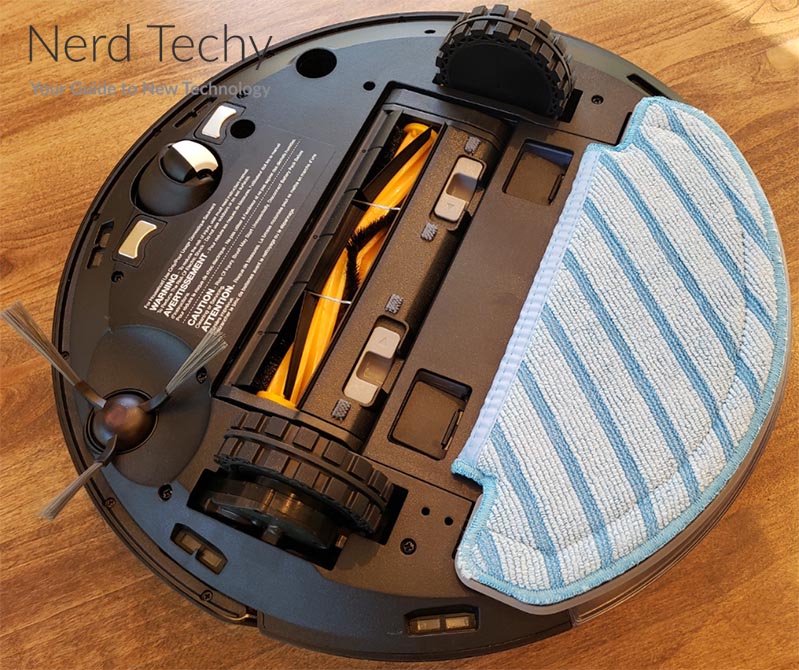 The Yeedi Vac Station’s motor provides 3,000 Pascals (Pa) of maximum suction. This is around double your typical robot vacuum, and is plenty for handling almost any household mess. There are two main cleaning modes to choose from: vacuuming and vacuum/mopping combo. Vacuuming mode is more or less what it sounds like. The Vac Station vacuums your floor. 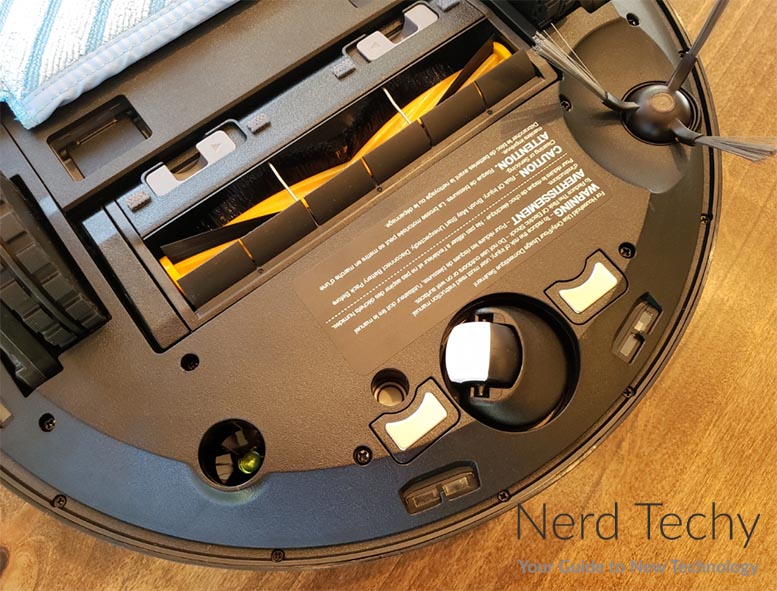 Vacuum/mopping combo mode allows you to use the mop. In this mode, the mop will run whenever you’re on a solid floor. When it transitions to carpet, the Vac Station will automatically stop mopping and start vacuuming. This keeps you from getting your carpet wet, and ensures that you’re cleaning your entire floor. When the vacuum returns to a solid floor, it will get right back to mopping. Incidentally, the carpet sensor also works when you’re in vacuum mode only. In that case, it simply adjusts the suction to the maximum when you go from floor to carpet. When you go back to hardwood, the suction returns to normal. 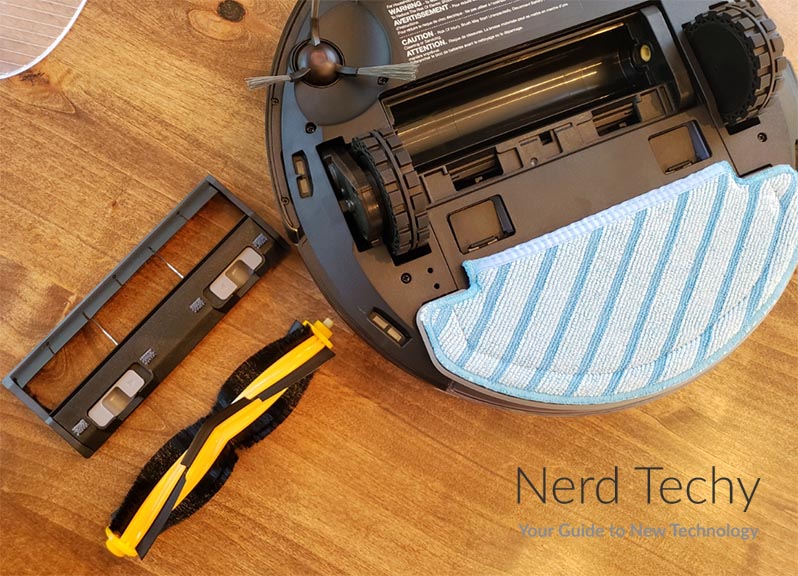 The battery is powerful enough to run for up to 200 minutes per charge, or just under 3 ½ hours. This assumes that you’re only running the vacuum, and you’re only running on solid floors. On carpeting, or when using the mop, your battery life will be a bit shorter. But even on all carpeting, you can expect around two hours. The mopping function will last for about 2 ½ hours on its own. That’s about how long it takes for the water reservoir to empty and need to be filled. 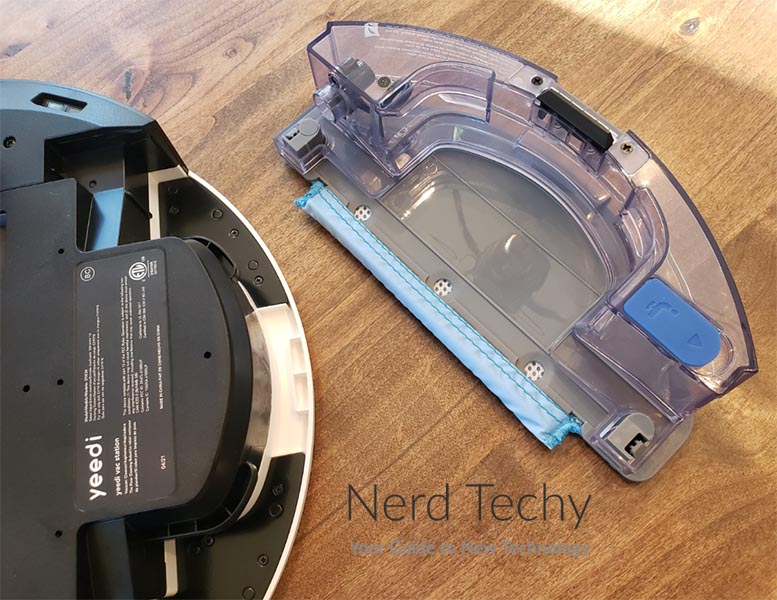 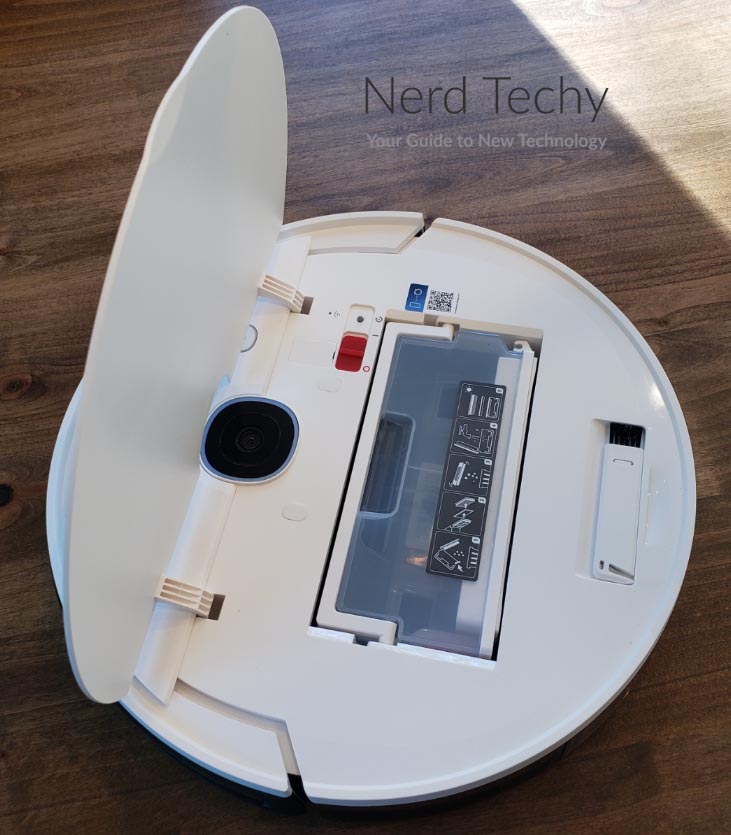 So far, we’re looking at a premium robot vacuum. But what if you don’t need a premium vacuum, and you’d rather pay less? In that case, the Yeedi K650 might be a better choice. It’s more affordable, and comes with a large, 800ml dust bin so you can cover large areas without emptying. That said, it’s not self-emptying, it’s not as powerful, and there’s no mapping function. 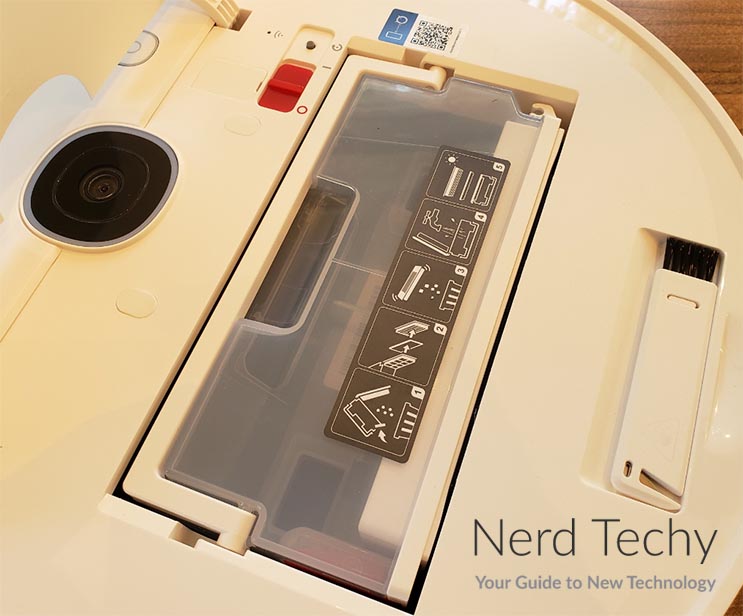 The Yeedi Vac Station uses an innovative system called Visual Mapping. Most robot vacuums use a radar or Lidar system to detect obstacles. Some older models just bump into things until they learn the general lay of the land. But this Yeedi model actually navigates the way you do – visually. This system works very smoothly, and the vacuum comes right up to obstacles. At first, you’ll constantly think it’s about to hit your furniture – until it turns away with millimeters to spare. As a result, it doesn’t leave a gap around obstacles like a lot of robot vacuums will. If there’s enough clearance between the legs of a kitchen chair, it will go through. 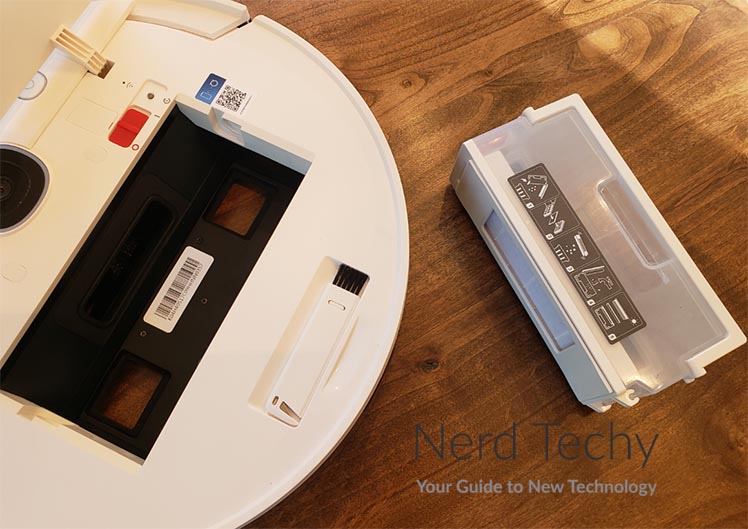 Another thing we appreciated is that it runs in a clean, back-and-forth path the way a human would vacuum. You won’t see it randomly zig-zagging around, wasting time and battery life like many robot vacuums. Not only that, but it’s guaranteed to clean the entire floor. A vacuum that moves randomly is inevitably going to miss a few spots. 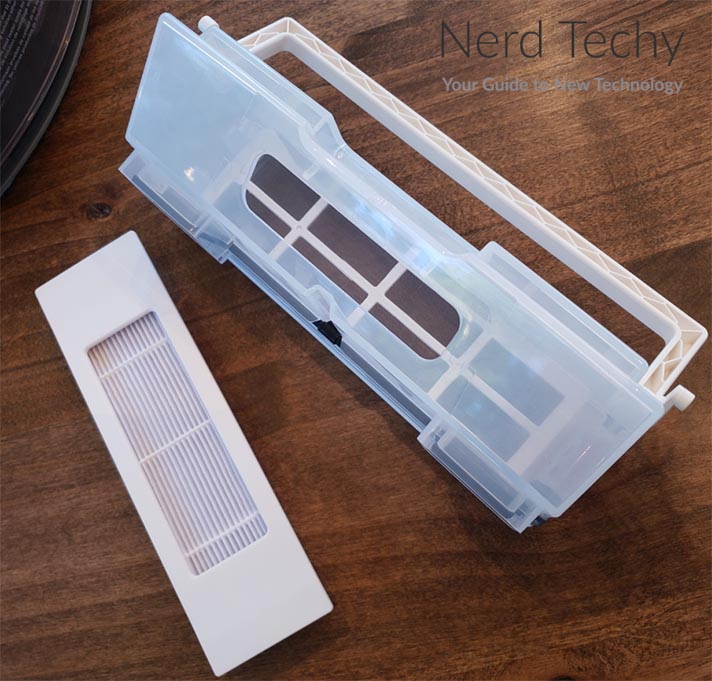 To control the vacuum, you’ll need to use the Yeedi app. This app is free on Android and iOS, and it’s intuitive to use. The first time you use it, you’ll have to configure your vacuum and get it connected to your WiFi network. After that, you’ll be able to use the app to control your vacuum from anywhere in the world. 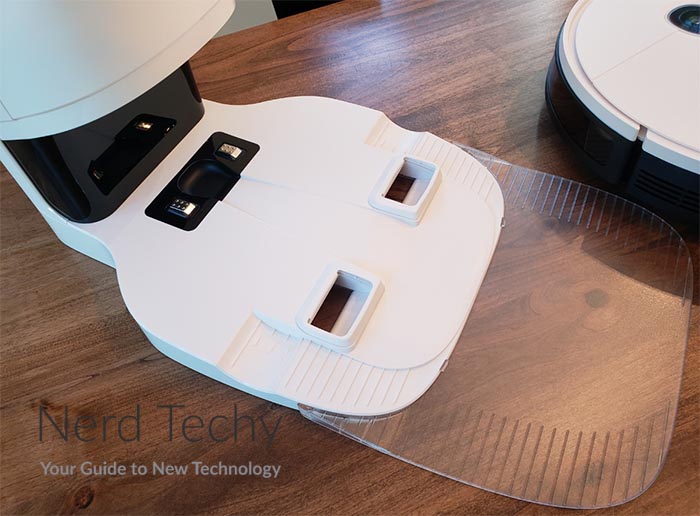 Initially, all you’ll be able to do is begin a vacuuming or cleaning cycle. But as the vacuum goes, it will create a virtual map of your home. Once the map is complete, you’ll be able to save it, and customize your cleaning. For example, you can create custom cleaning cycles for heavily-trafficked areas. You can clean the front hallway every day, and save little-used rooms for once a week. You can even block some rooms off entirely if you don’t want the vacuum to go in there. In addition to all that, the Vac Station is also compatible with voice controls. When you pair it with Alexa or Siri, you can start a cleaning cycle without even picking up your phone. 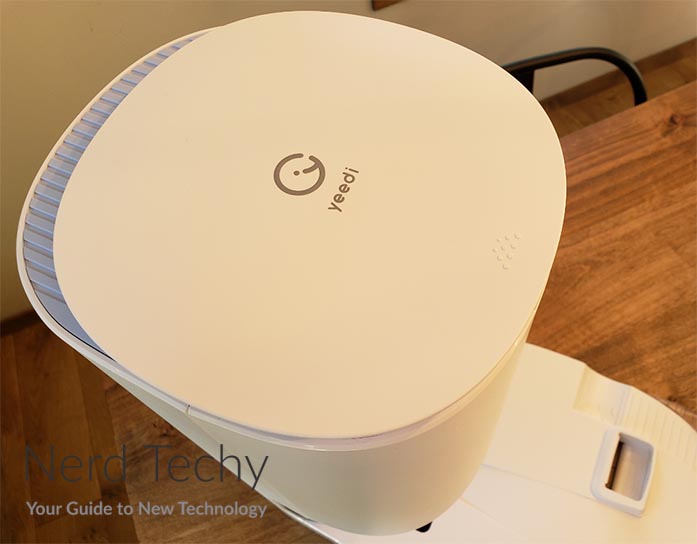 Yeedi makes a wide array of vacuums, and the Vac Station is their top-of-the-line choice. The Yeedi K600, on the other hand, is as barebones and affordable as they come. It’s “dumb,” in the sense that it runs around randomly. But it’s got reasonable power for the price, and it’s well-engineered for what it is. 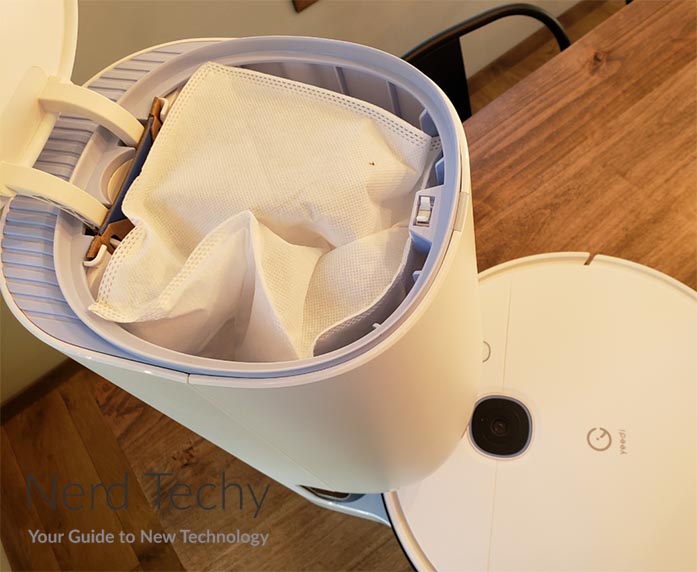 The Yeedi Vac Station is one of the most powerful, advanced smart vacuums on today’s market. You pay a premium for this kind of quality, but other than that, we didn’t have many complaints. The motor is very powerful, the app is easy to use, and the mopping function also works well. And of course, you’ll only have to empty the dust bin once a month.