When you’re setting up a new TV, game system, or set top box, you need to figure out the wiring situation. And depending on where your devices are located, this might mean making a long run. For example, your cable jack might be in one room, but your TV is in another. Unless you want to run coaxial cable across the house, you’ll need to run an HDMI cable from the cable box.

That’s just one reason you might need a longer HDMI cable. But like any other kind of cable, an HDMI cable can only be run so long. As the signal travels down a longer and longer cable, it will eventually degrade.

So, how long is too long? The short answer is “It depends.” But that’s probably not very satisfying. The slightly longer answer is that cable quality matters the longer your cable gets. If you’re only sending a signal six feet, pretty much any cable will do. If you want to run a cable halfway across the house, you’re going to have to invest in a high-quality cable.

There are a number of different features that could make a cable better or worse. For example, a shielded cable will tend to perform better than an unshielded one. Heavier insulation also helps. But the most important factor is the wire gauge. The thicker the cable, the stronger signal you’ll get, especially over long distances.

Conversely, a thinner cable won’t have as strong a signal, and will lose strength faster over distance. You’ll also notice that 4K signals drop off faster than 1080p signals. Let’s take a closer look at HDMI cable length, and talk about some ways to extend your range. 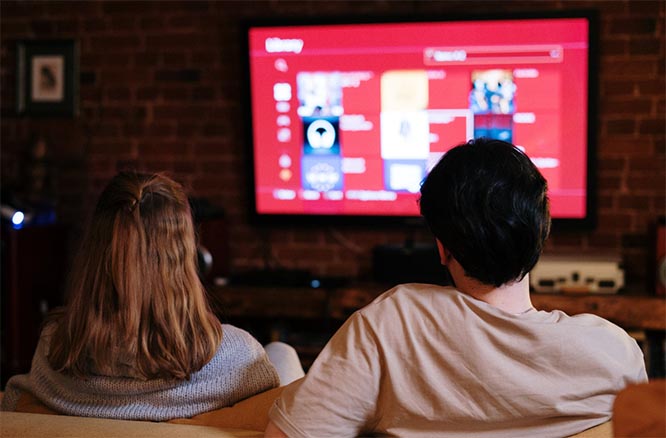 TLDR: Most standard high-quality HDMI cables have a maximum length of 50 feet. Using an HDMI Signal Booster will let you daisy-chain HDMI cables together, but not without drawbacks. Alternatively, using an Ethernet to HDMI extender will send HDMI signals up to 300 feet. Lastly, an SDI to HDMI converter will reach runs of up to 425ft.

The main reason there’s so much confusion about HDMI cable length is that there’s no hard and fast limit. This is because HDMI isn’t technically a particular type of cable. It’s actually a specification, consisting of a number of benchmarks a cable needs to meet.

If you run the required tests and the cable meets those specifications, it’s an HDMI cable. This is good news. In theory, any cable with the HDMI imprint on it should work fine, regardless of its length.

So, why might a particular cable fail the tests? There are any number of reasons, but length is one of them. You could have a six-foot cable that works just fine. But use the same wire gauge, material, and construction for a 30-foot cable, and you might have issues. As it stands, the maximum “functional” range of the highest-quality HDMI cables is around 50 feet. Better wire technology could allow longer lengths in the future, but we haven’t seen that yet.

Another thing to keep in mind is that cables can wear down over time. Twisting, bending, getting stepped on, and being coiled and uncoiled all put stress on your cable. In other words, your cable might work fine at first, and slowly start developing issues.

When this happens, the cable doesn’t suddenly stop working. Instead, you’ll notice the picture quality getting worse and worse. 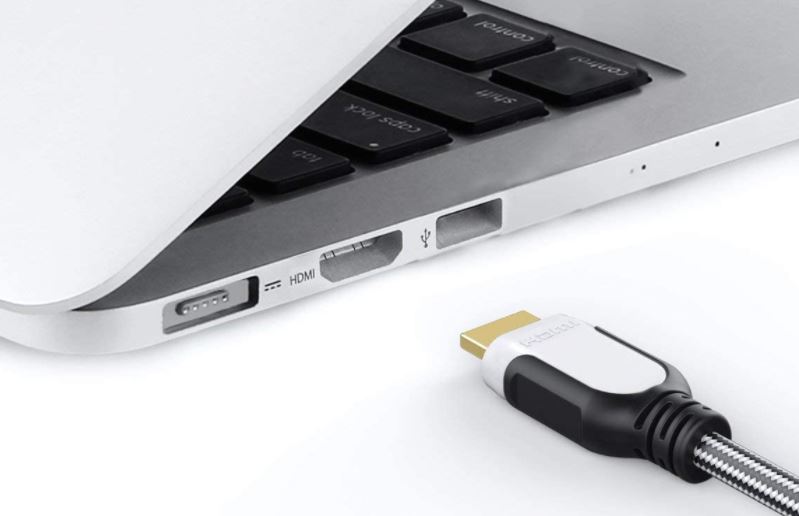 What If I Go Too Far?

What happens if your HDMI cable is too long, or you daisy-chain them together? A lot depends on how far you’ve overextended. If you’ve only gone a few feet too far, you might start to see artifacts and static. This happens when individual pixels don’t get transmitted correctly. Instead, they come out as white, which creates a classic “snow” pattern.

That said, you only rarely get snow over an HDMI cable. If you’ve gone any significant distance over the maximum length, you won’t get any signal at all. This is because HDMI uses a technology called transition-minimized differential signaling (TDMS). TDMS uses an advanced encoding and decoding algorithm to cut down on interference.

Without getting too far into the weeds, this keeps the individual data packets flowing in the correct order. If individual packets are lost, you’ll only see a black screen. You may also see a flicker or strobing effect.

As a general rule, you want to be very careful about any cables longer than 30 feet. These should be rated for HDMI 2.1, which is a more robust standard. It also helps if you find a cable that’s rated for 4K. Don’t be fooled by cables that say “HD.” All HDMI cables are HD; it’s part of the standard. A 4K cable, on the other hand, will have significantly better data transmission. 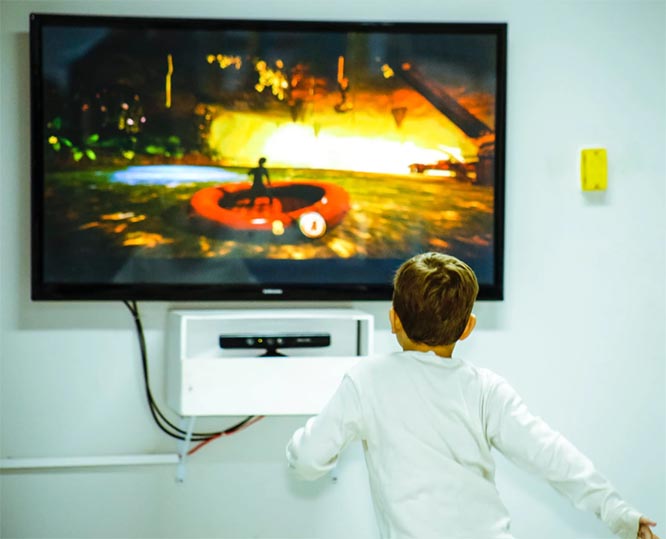 Let’s say you want to run your video signal for a very long distance. In that case, you’ll need to use something other than HDMI. The two most popular alternatives are Ethernet and SDI. Let’s talk about both of these formats, and what they’re capable of. 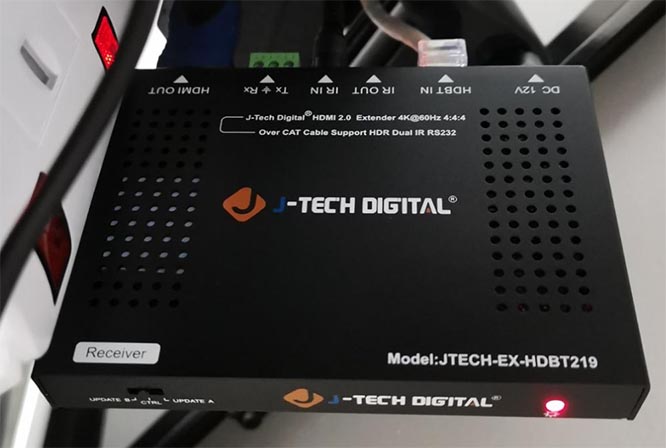 Of course, a lot of this depends on video quality. At 300 feet, you’ll only be able to get a 1080p signal. Short of that, different extenders have different capabilities. However, some of the best extenders can transmit a 4K, 60Hz signal well beyond 150 feet.

You can even get HDR at those distances, if you’re using the right extender. Another thing to consider is the type of Ethernet cable you’re using. Older Cat 5 and Cat 5e cables will not be able to provide a signal at 300 feet. To maximize your range, you need to use a modern Cat 6 cable.

Many HDMI Ethernet extenders have an HDMI output on the transmitter, in addition to Ethernet. These are designed for commercial applications where you have multiple displays.

Serial Digital Interface (SDI) is another useful Ethernet alternative. This is the type of cable traditionally used in the film industry, and provides very high-quality video. An SDI to HDMI converter can be used the same as an HDMI Ethernet extender. You use one at the transmission end, and another at the display end. 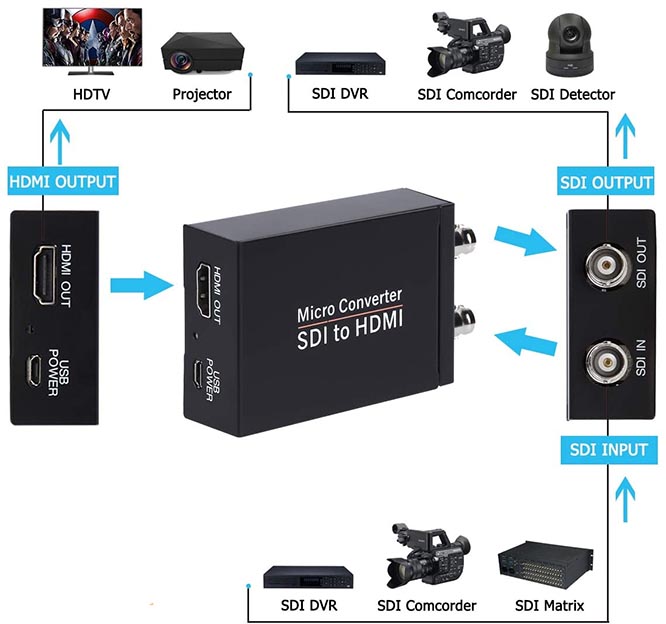 Using SDI, you can extend your range as far as 425 feet, which is an exceptional distance. Different converters will and cables will support different ranges and qualities.

In practice, unless you’re a professional videographer, you’ll probably want to stick with Ethernet. SDI converters provide exceptional quality, but they can be pricey. And 4K converters and cables will definitely put a dent in your wallet.

We should also point out that you can use a fiber optic extender to send a signal up to 1,000 feet. This will never be necessary around the house, but it could be useful for some commercial applications.

What to Look For

When you’re shopping for an HDMI cables, what should you be looking for? To begin with, you should be looking for HDMI 2.1. This is the latest standard, and you really shouldn’t accept anything less. An HDMI 2.1 cable will provide better video quality over a longer range than an HDMI 2.0 or older cable.

Other features are more situational. For example, a lot of cables have braided cords. These are very durable and resist kinking. But whether or not a cord is braided has zero impact on the signal quality or maximum range. The same goes for control features like CEC. They’re great if you need them, but they have absolutely nothing to do with the signal range. 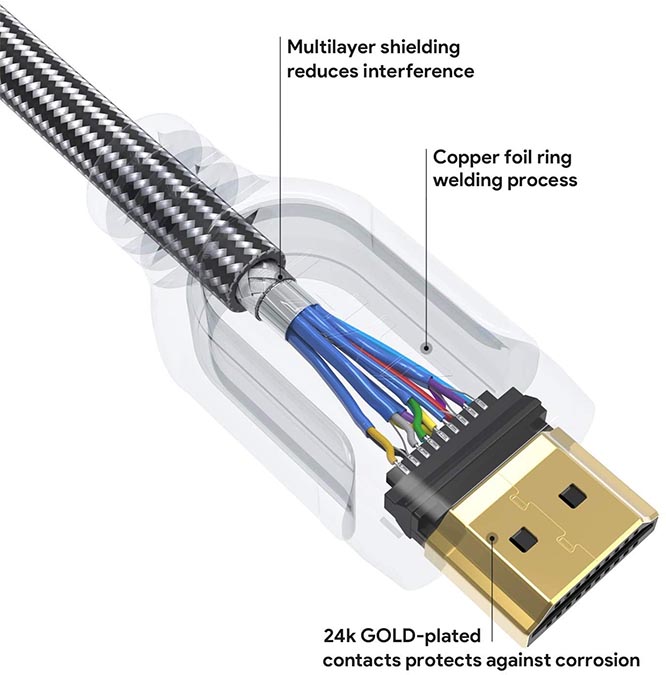 Finally, a lot of features aren’t really features at all. Gold connectors, for instance, contribute nothing. Gold pins are great, but making the entire connector out of gold only jacks the price up. We already mentioned that “HD” is redundant. Other words like “high-speed” and “advanced” mean literally nothing. They’re just marketing terms, and you should ignore them.

As you can see, HDMI cable length is not as straightforward as you might expect. The important thing is to use a cable that’s rated to meet your needs. For example, if you need a 4K signal, use a 4K cable. And if you need to go a long distance, don’t daisy-chain your cables together. Use an HDMI signal booster, or an Ethernet or SDI extender instead.