If you’re building a powerful PC, you want to keep it safe. This means using a surge protector at a bare minimum. But what if you want to go the extra mile to protect your gear? In that case, you need a universal power supply (UPS), sometimes called an “uninterruptable power supply”. So, why would you want to use one of these devices?

The reason is that sudden power loss is one of the leading causes of computer damage. Power surges are also another leading factor, and a decent power strip will prevent them. There aren’t really that many other things that can happen to a computer other than fan damage. And fan damage is easy to repair. On the other hand, damage from power loss can easily be permanent. Similar, long-term damage can occur from voltage drops, brownouts, and other power problems.

In order to keep your computer safe, a UPS system is essential. A UPS system is, at its heart, fairly simple. It’s a big, beefy power strip with a battery inside. The concept is also simple. A UPS is designed to provide power to your electronics in the event of a blackout. How long it will last can vary from minutes to hours depending on the exact UPS. As you can see, there are a variety of devices that could benefit from a UPS. For instance, if someone in the home is on a CPAP system, a battery backup can be helpful for safety. Even game consoles, audio equipment, and security lighting.

A UPS isn’t just for safety. It’s also for convenience. For example, imagine you’re working on your laptop, and you’re plugged into the wall. While you’re in the middle of editing an important document, a storm blows in and the power goes out. No problem, right? Your laptop is still running on battery power. You’ll have plenty of time to save your progress before shutting down. On the other hand, desktop computers don’t have the same backup. If you were working on a PC, you would have lost your data. Ouch! 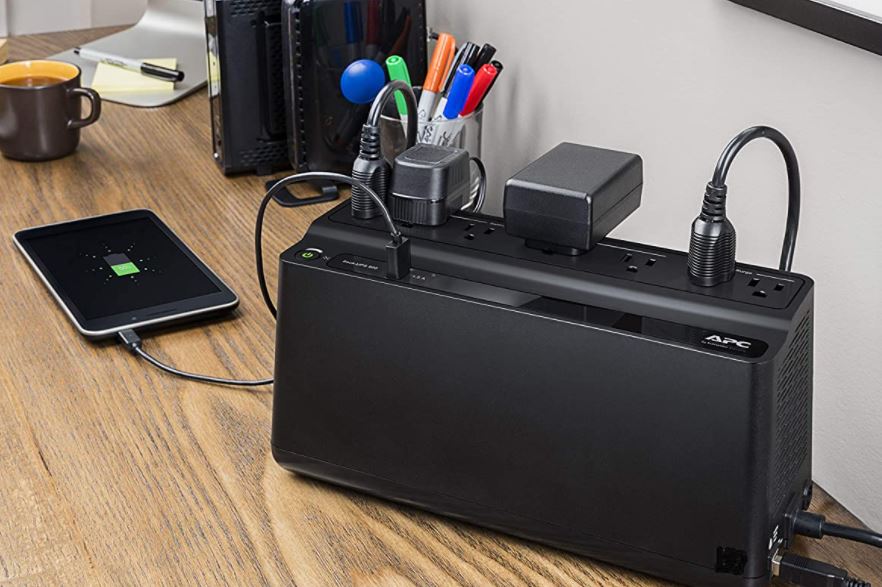 Even a cheap UPS would provide enough of a window for you to comfortably save your document and shut down. However, there are other features you need to look at. For instance, a more powerful UPS could allow you to keep on working through the storm. Other UPSs come with software that will shut down your computer safely when battery power kicks in. This means your computer will power down without getting damaged, even when you’re not at home. Similarly, they come in different sizes, and with different power outputs.

Finally, you need to consider whether you’re buying a pure sine wave power supply or a modified sine wave power supply. Both types have their own benefits and drawbacks, but it’s important to get the right kind for your needs. So, which one is the best for your electronics? Let’s take a closer look, and find out!

What Types of UPS Are There? What Can They Handle?

Before we go any further, let’s stop to understand the different benefits that universal power supplies can offer. In general, there are three types of UPS: standby, line-interactive, and double-conversion. These types of power supply offer an increasing number of benefits as the technology gets more advanced.

Here’s a short overview of common power issues that can be resolved with a UPS. Basic standby UPS systems can handle:

For most electronics, these are the only issues you really need to worry about. However, there are a few other issues such as harmonic distortion, frequency noise, and frequency variation. These are very small irregularities in the electrical current that can affect very sensitive electronics. To manage them, a double-conversion UPS is required.

What is a Sine Wave?

When an electrical current is first released from a battery, it takes the form of direct current (DC). Without going too far into the woods, in DC power, the current runs continually in one direction. To power a standard outlet, this electricity needs to be converted from DC to alternating current (AC). In an AC current, the voltage oscillates. If you were to map this oscillation, it would take the form of a smooth, curving sine wave arcing up and down. When this current comes from a generator, the waveform is nice and smooth. But when it has to be converted from DC, it looks blocky, like a series of rectangles. 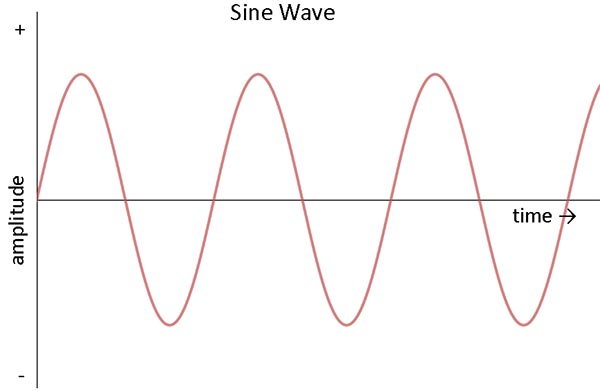 The problem with this is that the blocky wave form can cause issues with sensitive equipment. On an audio line, for instance, a blocky wave sounds like fuzz or static. This sine wave can be fixed with a series of filters and other converters. When the wave is blocky, it’s called a “modified” sine wave, since it’s not an actual wave. When the wave has been cleaned up, it’s called a “pure” sine wave, since the wave has been smoothed out. However, cleaning up the wave isn’t always needed, and it costs more than leaving things alone.

When is a Modified Sine Wave UPS Okay?

So, when is it okay to use a modified sine wave UPS system. The good news is that most computers aren’t sensitive enough for them to be a problem. They’ll make your speakers sound a bit fuzzy, but only as long as the power is out. Remember, under normal circumstances, you’re getting power directly from the power company. The modified sine wave only kicks in when normal power has been interrupted.

Similarly, modified sine waves will be useful for many home electronics. Your electric shaver and toaster oven can still operate just fine. Even a microwave should work fine, although you may have some weirdness like irregular cook times. Televisions and monitors can get a bit fuzzy, but not enough to be impossible to use. Whether or not any of this is an issue depends on what you’re using your UPS for. Regardless, it’s not a major issue for your PC. Most standby and line-interactive UPS units are modified sine wave by design.

When Should I Use a Pure Sine UPS?

A pure sine UPS is ideal for electric devices that need an extremely clean signal. You can run any appliance without having any issues. This is also ideal if you’re a gamer and want to keep on playing through a storm. With a pure sine system, you won’t have to worry about your picture getting fuzzy. Not only that, but a pure sine current is essential for sensitive medical devices like CPAP machines and heart monitors. In general, pure sine power is required for anything Energy Star 80 or better with an Active PFC power supply. However, this is far from a hard and fast rule. Check your owner’s manual for more details. Finally, pure sine power is required for Apple’s iMac desktops.