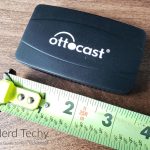 Automakers have always been adapting their designs to meet the needs of the times. If you showed a modern sedan to someone from the 1920s, they might not even recognize it. It certainly looks nothing like the Model T! We’ve gotten more powerful engines, better fuel efficiency, and all kinds of creature comforts. But previous advances have been driven strictly by automotive engineering. Nowadays, on the other hand, people also expect their cars to be compatible with their smartphones. This represents a challenge, since smartphone technology is constantly changing. How can a carmaker predict years in advance what people are going to need? This has led to a healthy aftermarket for adapters, dongles, and chargers.

Not only that, but different variants of the same vehicle can come with different features. For example, one might come with a built-in satellite radio, and another might come with a navigation package. So what if you bought the car with the satellite radio, but still want to use a GPS? In that case, you might augment your car’s capabilities by using your smartphone. Unfortunately, this still requires you to handle your phone. This can be distracting, and could even cause you to have an accident. But what if you could use your phone’s key features seamlessly, right from your dashboard?

That’s the concept behind the Ottocast Wireless Android Auto & Apple CarPlay Adapter. This adapter is a USB-connected device that allows you to use your car with Apple CarPlay and Wireless Android Auto. It’s easy to set up, easy to use, and works well with a variety of devices and vehicles. It’s also a recently-completed Indiegogo campaign, but luckily, it’s now available through their official website. Ottocast released this product in December, 2021. But we were lucky enough to get an early look, so you can know what to expect before you buy it. We’re about to discuss all of the features and functions. Then, you’ll know everything you need to know to make a decision. Let’s get started! 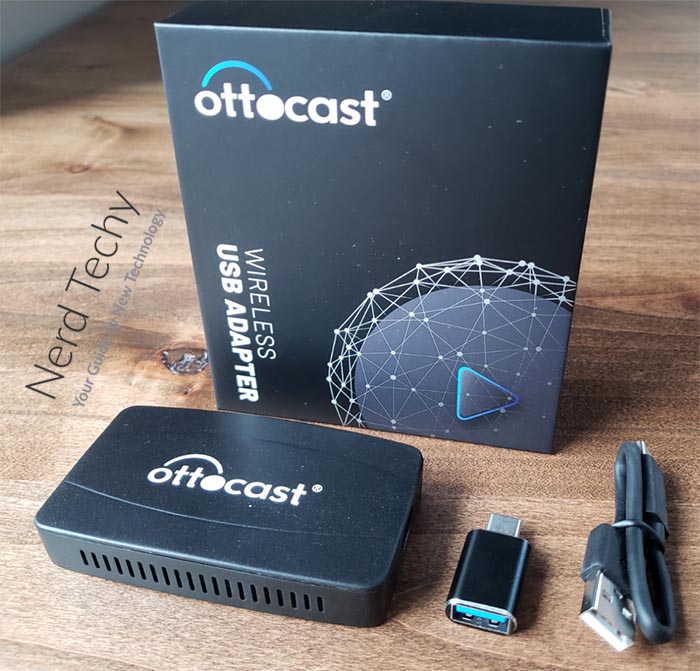 How Do Apple CarPlay and Wireless Android Auto Work?

Apple CarPlay and Wireless Android Auto are two different apps, but they serve similar functions. They’re designed specifically to be used when you’re driving, so you can safely use your phone. They do this by transferring control from your phone screen to the car’s dashboard. You can also use voice commands through Siri or Google Assistant. If you’re not already using your phone’s voice assistant, now is the time to start learning!

The main reason for doing this is safety. By keeping your hands – and eyes – off your phone, you’re paying more attention to the road. For this reason, you’ll only be able to access some of your phone’s features. Many apps, such as video streaming apps and games, are blocked altogether in CarPlay and Android Auto. Some other apps are heavily modified. For example, your messaging app will still work, but it will only work with voice to text. The same goes for Spotify and similar apps. Instead of using a visual display, you’ll be choosing your songs via voice command.

On Apple phones, Siri will be modified for driving and directions. If you ask her a question, she’ll tailor her answers towards things like traffic reports. Answers on other topics will be abbreviated. So instead of giving you a five-minute answer on a complex topic, you might get a 15-second summary.

Keep in mind that all of these functions still require access to a data connection. Siri and Google Assistant are cloud applications, and won’t work when you don’t have data. As a result, you can run into trouble when you’re driving through tunnels, or in a rural area. This won’t be a problem in most areas, but it’s something you should be aware of. For this reason, most automakers who support CarPlay and Android Auto still have a built-in GPS. That way, if you lose your data connection, you won’t also lose your GPS.

The last thing to be aware of is that CarPlay and Android Auto may sometimes shut off on their own. Normally, they do this temporarily, because there’s something more important going on. For example, your music might pause because the vehicle is giving off a collision alert. When the alert is done, your music will resume on its own. 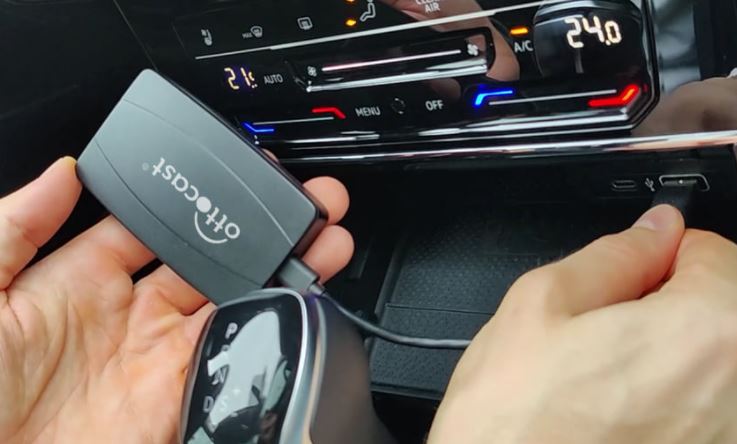 Apple released CarPlay in 2014, and Google followed with Android Auto in 2015. Originally, both of these services were designed to work with a USB connection. This only makes sense, since cars of that time were already shipping with USB chargers. This is still the way you connect on many vehicles. However, some automakers are now incorporating WiFi connectivity into their vehicles. This started in 2017, with the BMW 5-series, but it’s been adopted by many other companies. As a result, Apple and Google have both begun supporting Wireless connections for their automotive apps.

That said, there are a couple of issues with this. To begin with, Wireless Android Auto requires a 5GHz WiFi connection. So if your car only has 2.4GHz WiFi, it will only work with CarPlay. Along the same lines, if you’re driving a car with only a USB connection, you still have no wireless option. These are the situations where a wireless adapter makes sense.

As far as compatibility goes, both services are a mixed bag. Given their age, you’ll find they work on any modern phone. Even the iPhone 5 supports Apple CarPlay. For Android, you might run into issues if you’re using something like a gas station Tracfone. But anything else you’re using will run Android Auto just fine.

Then again, vehicle support is more spotty. Depending on your vehicle, it might support CarPlay, Android Auto, both, or neither. If that’s not enough, you might get limited support on some vehicles. For example, you might be able to listen to streaming audio, but not launch your GPS app. Since there are so many variables, the best bet is to great to the CarPlay or Android Auto website. Both Apple and Google maintain lists of compatible vehicles. This makes it easy to determine whether your car is one of them.

Finally, keep in mind that you’re using your vehicle controls to operate many of the functions. Since different cars have different sets of controls, you’ll get different experiences from vehicle to vehicle. For example, many manufacturers use touchscreens, while some still favor buttons and dials. When you get in a rental car, you might discover that all your controls are different. Unfortunately, that’s the nature of trying to use one app with a number of different manufacturers. 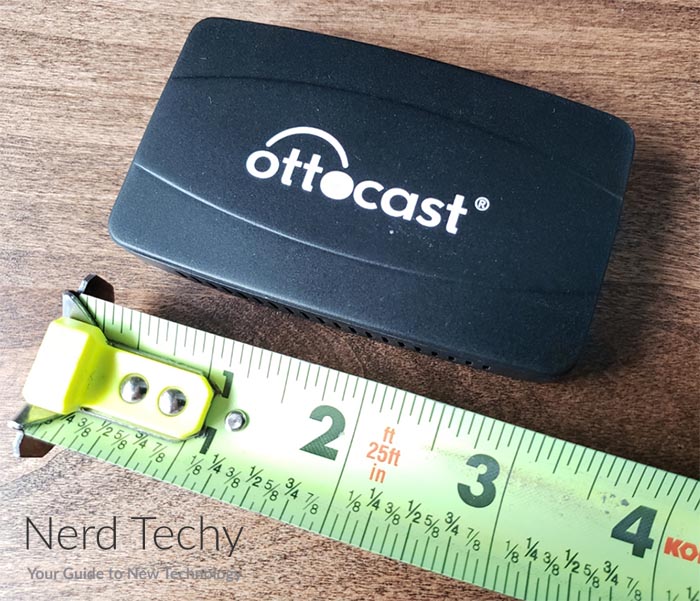 So, now that we understand how Apple CarPlay and Wireless Android Auto, where does the Ottocast come in? Simply put, it’s a solution for drivers whose cars don’t have a WiFi connection. You plug it into your car’s USB port, and it acts as its own WiFi hotspot. You connect your phone, and you’re ready to go. It even supports 5GHz WiFi, so you can connect with Wireless Android Auto. Not only that, but it’s covered by a 12-month warranty, so you’re protected in the case of any defects. 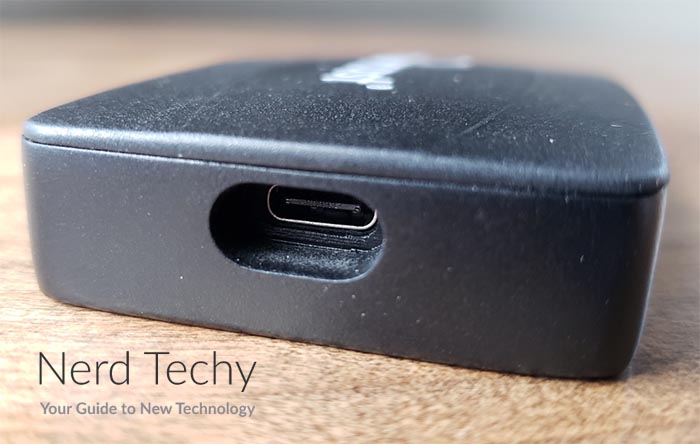 The Ottocast Wireless Android Auto & Apple CarPlay Adapter is smaller than a smartphone. About the size of a deck of cards, it’s constructed from black ABS plastic, with vents running down the sides. The satin finish is easy to keep clean, and doesn’t collect dust and fingerprints. It comes with a little USB patch cable, which plugs into a port on the front, and connects to your car. There’s also a second USB port, which can be used for pass-through charging. So if you need to charge your phone, you don’t have to keep switching cables. Not only that, but because the cable is removable, it can be replaced when it’s damaged. 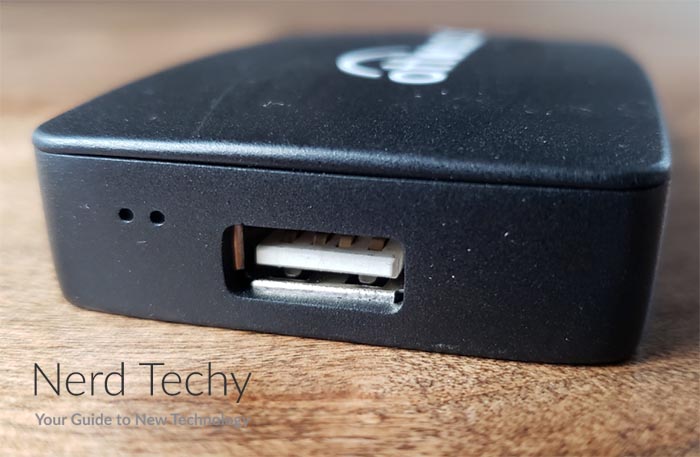 To set up the Ottocast, you first plug it into your car’s USB port. If your car has multiple ports, make sure to plug into the one that’s designated for CarPlay or Android Auto. Turn the phone on, and open your WiFi menu. Inside, you’ll find the Ottocast listed as a connection option; connect to it. Open up your Bluetooth menu, and do the same thing. That’s all there is to it! From here on out, as long as the Ottocast adapter is plugged in, your phone will automatically connect.

Under most circumstances, everything should work as designed. You’ll be able to access your CarPlay and Android Auto apps as if your phone was plugged in. That said, you might run into compatibility issues with very new phones. If that happens, Ottocast supports over-the-air firmware updates. So if you encounter any weird behavior, all you have to do is update your software to the latest version. This should resolve any quirks you run into.

Another thing to keep in mind is that the Ottocast adapter will only work with compatible cars. Your car needs to be capable of supporting either wired Apple CarPlay or wired Android Auto. If it’s not, you won’t be able to use either service with any kind of adapter.
One last thing we should mention is that you might not have to wait until December to hook up your phone. Not long ago, we reviewed the Ottocast U2-One as one of the Best Apple CarPlay Adapters. It’s already available on the market, and basically the same as their new adapter, but with one key difference: it only works with Apple CarPlay. 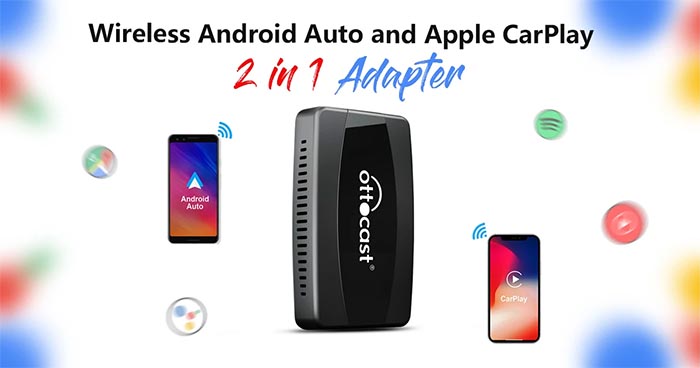 The Ottocast Wireless Android Auto & Apple CarPlay Adapter is one of the most innovative products we’ve seen. It serves a valuable need, by letting you use your wireless services in a car designed only for USB. But more than that, it’s very easy to use and set up. You don’t need a degree in electrical engineering to get everything working. If you want a simple, plug-and-play adapter for Android Auto and Apple CarPlay, it’s a perfect solution.